Home ‣ Luxury Lists ‣ 15 Exotic Animals That You can Legally Own

15 Exotic Animals That You can Legally Own

We all know pets are adorable creatures and having one around us can easily improve our mood and life in general. Especially when you come back home from work and you’ll find them waiting for you – hopefully without the entire house turned upside down – ready to play and cuddle.

But while most people go for either a dog or a cat – or several of those two – there are plenty of other interesting options out there. Sure, cats and dogs are the most common and easy to find pets, but they’re not the only animals you could have running and jumping around your house.

So, if you’re not happy with either one, take your time and pick one that you really like. The world of pets is so much more diverse than just cats and dogs. From birds and amazing amphibians to creepy crawlies and marsupials, there’s a lot of cute adorable animals that you could take home.

As we were already curious about the matter, we started looking for something different and found out about these 15 exotic animals that you can legally own: 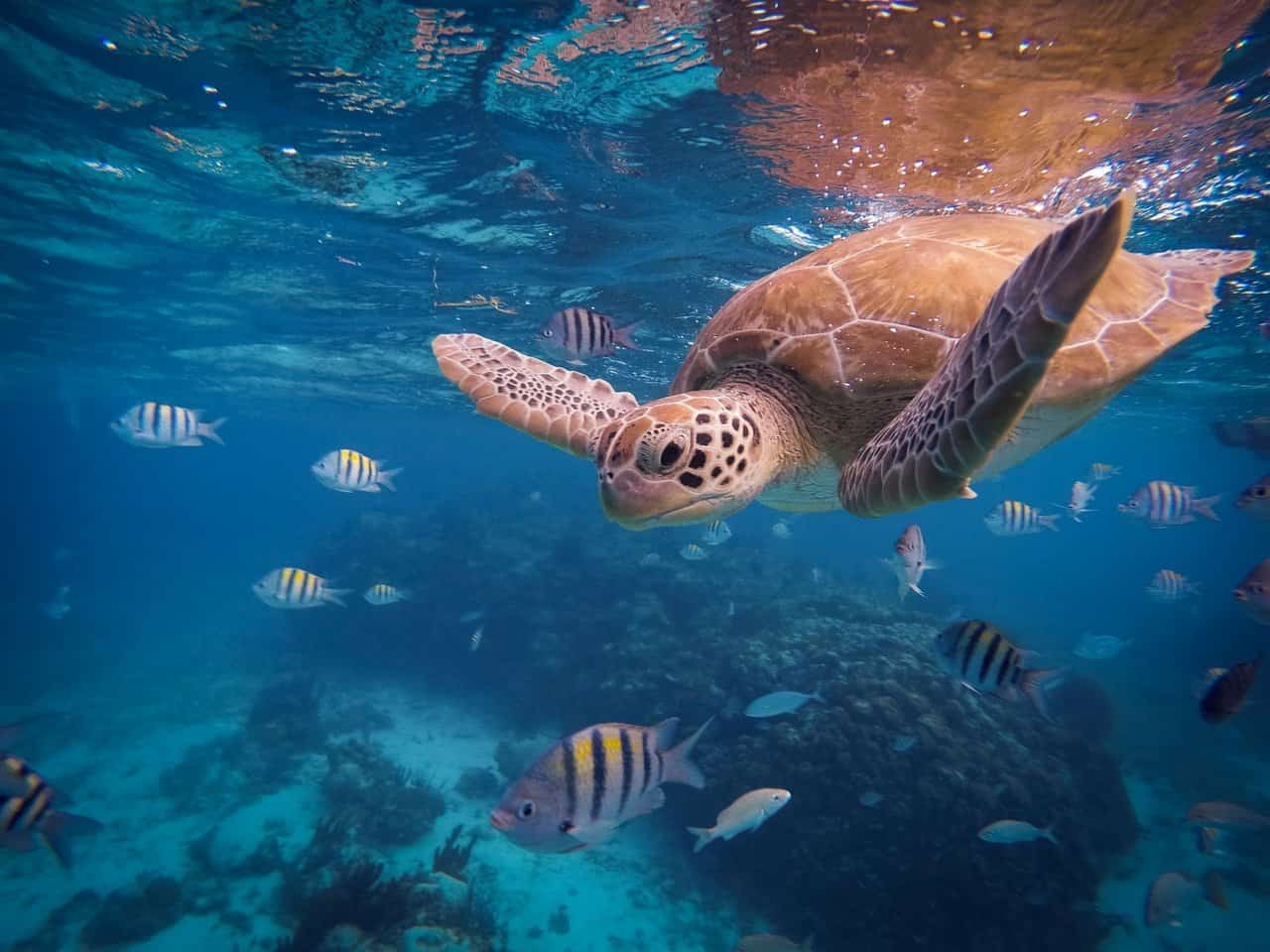 Many people find turtles amazing as a pet. They’re odd enough but they’re also interesting little animals, coming in various sizes and a wide range of breeds, with the most common of them all being the Red-eared Slider.

They’re intelligent, won’t eat too much and they’re usually silent. Well, that until they start crawling around some hard slippery surface. With a small initial investment in an aquarium and proper handling afterwards, turtles can be amazing pets. And they also have a long live span. 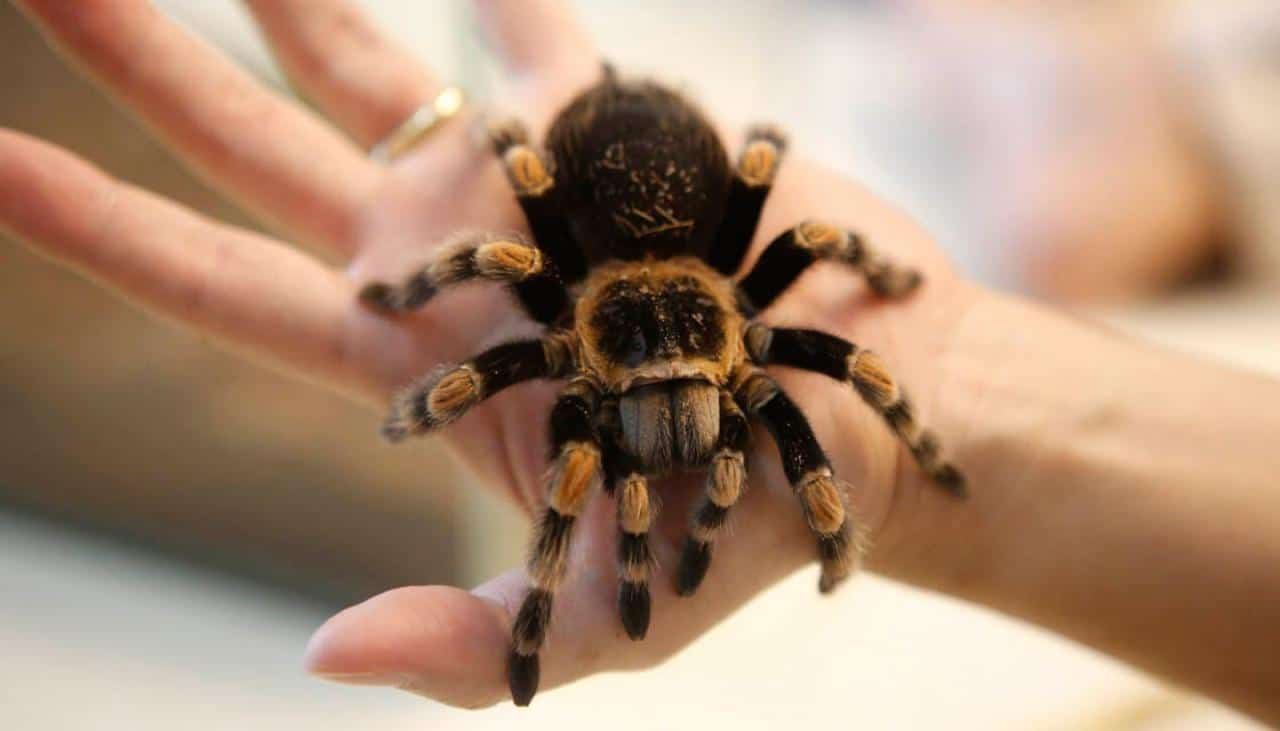 For those fascinated by the world of creepy crawlies, Tarantulas are a great option. They’re unique and will give shivers on the spine to most people. So it’s either love or hate at the first sight.

But if it’s love, it’s gonna be a long one, because tarantulas live between 10 to 25 years with proper care. Once you get one, it’s quite easy to set her up at home. Just don’t let her roam around free. 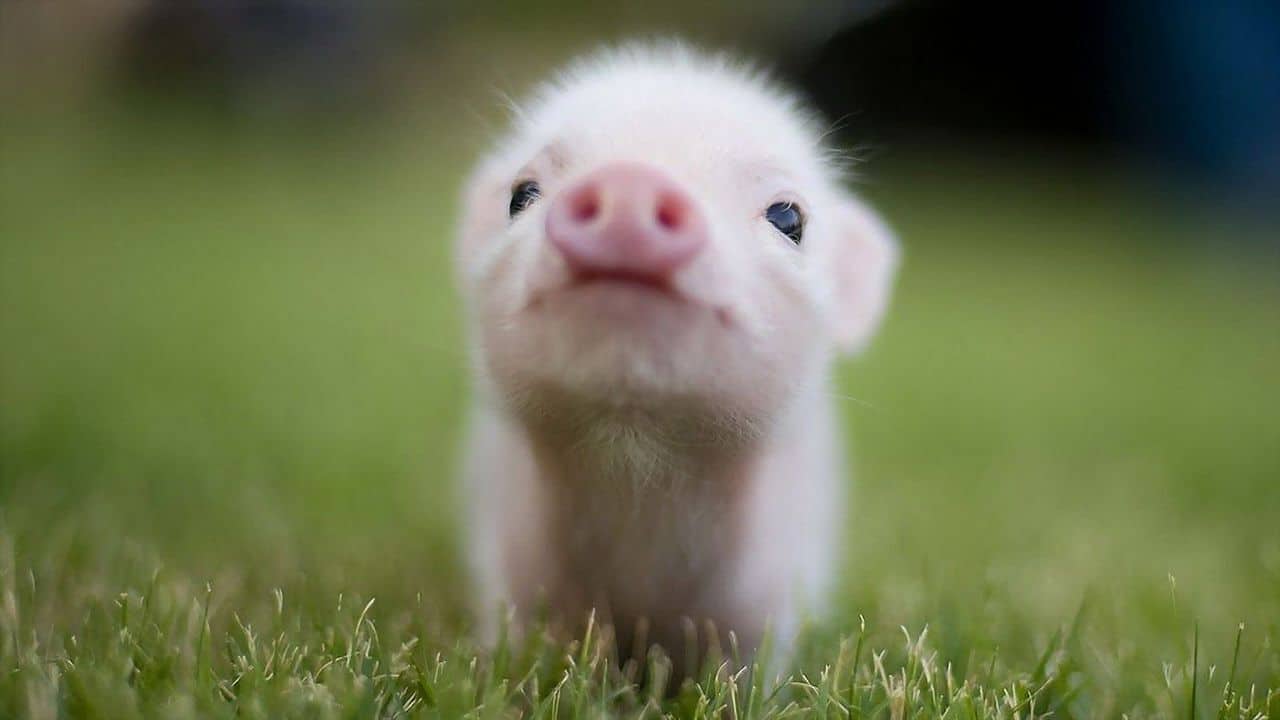 Dwarf Pigs are simply adorable. Take them as pets or use them as blankets, they’re lovely and fun to have around. Also known as Teacup Pigs, they are a very good option especially for those who suffer from allergies. Dwarf Pigs are hypoallergenic, so they’ll be the perfect friends for allergic people.

They are super social, but this can be both a good thing or a bad one. If you’re away from home for long periods of time, maybe you should think getting a pair. They love company. 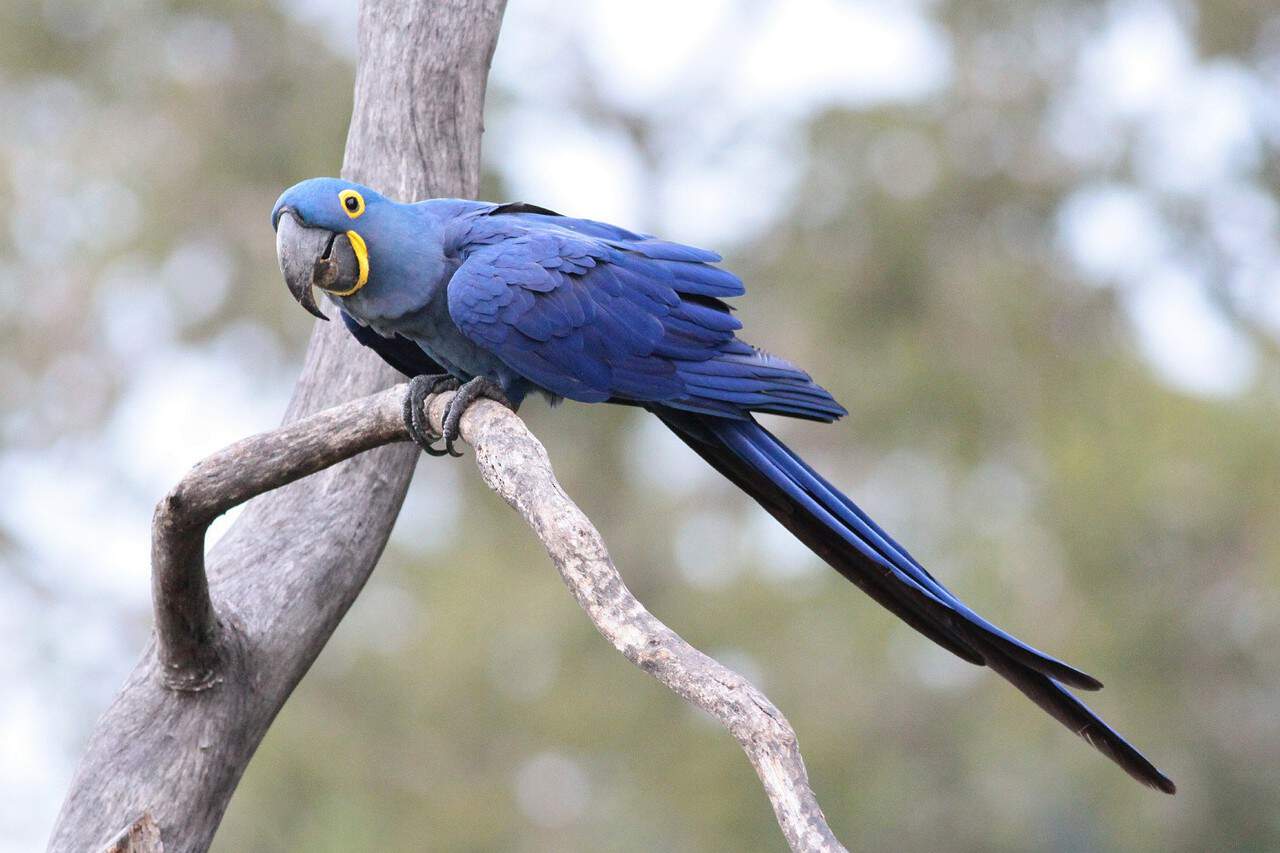 With a tough to pronounce name, the Hyacinth Macaw are very interesting birds. They can reach up to 40 inches in height and 60 inches in wingspan, so expect a lot of strength on their side. They are also smart and love to play and climb around and they need proper training from a young age. Hyacinth Macaws are also known to be very affectionate.

Unfortunately, they are still considered endangered species, so the cost for one can get very high, somewhere close to ten thousand dollars. Also, they require special care, so make sure you can provide it. They can live up to 50 years and sometimes more. 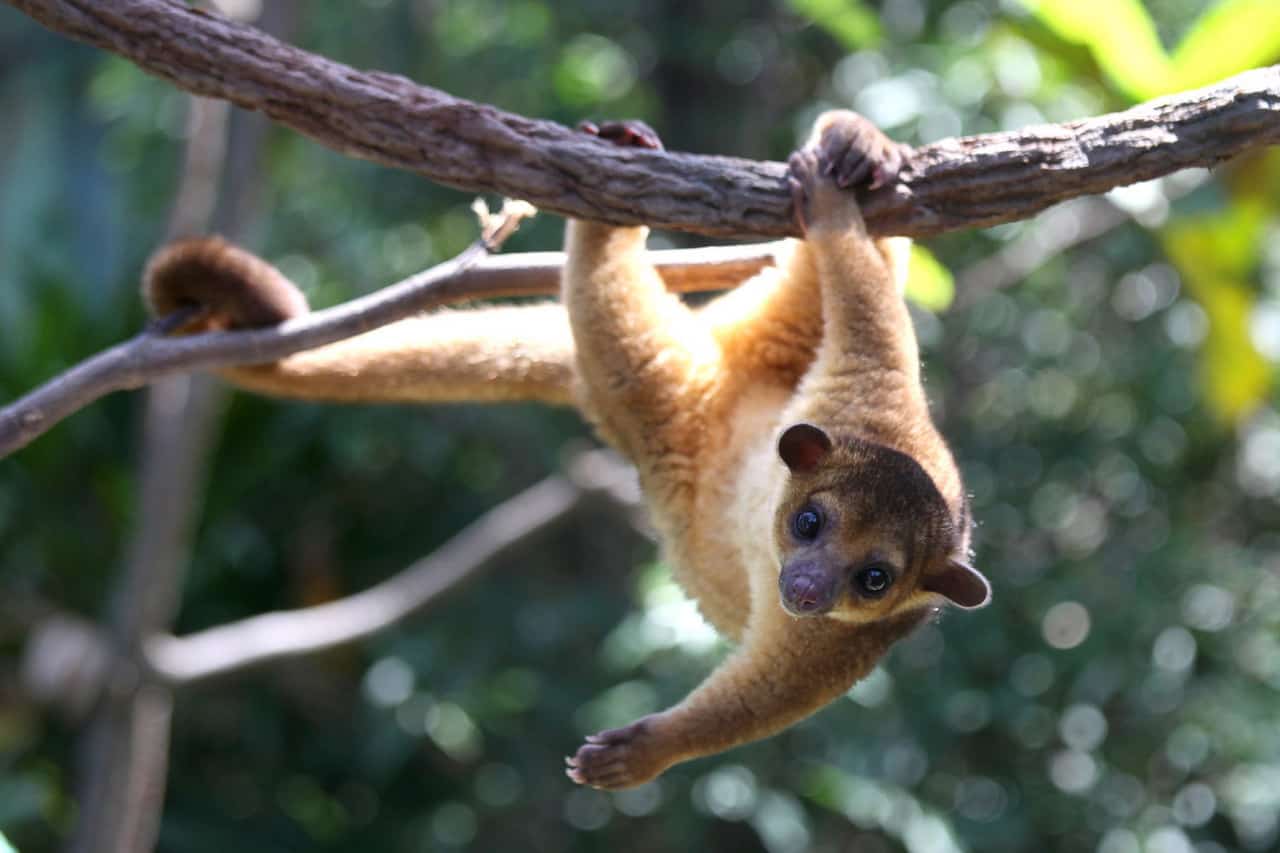 The Kinkajou might look like a lovely little monkey, but it’s actually more closely related to the Raccoons and the Coatimundi. They use their tail for climbing around and can be very social and well behaved if raised properly from a young age.

Also known as Honey Bears, they have a lifespan of up to 25 years and love to explore the surroundings and new family members or guests. They’re also more active during the night, so make for perfect little friends for night owls. 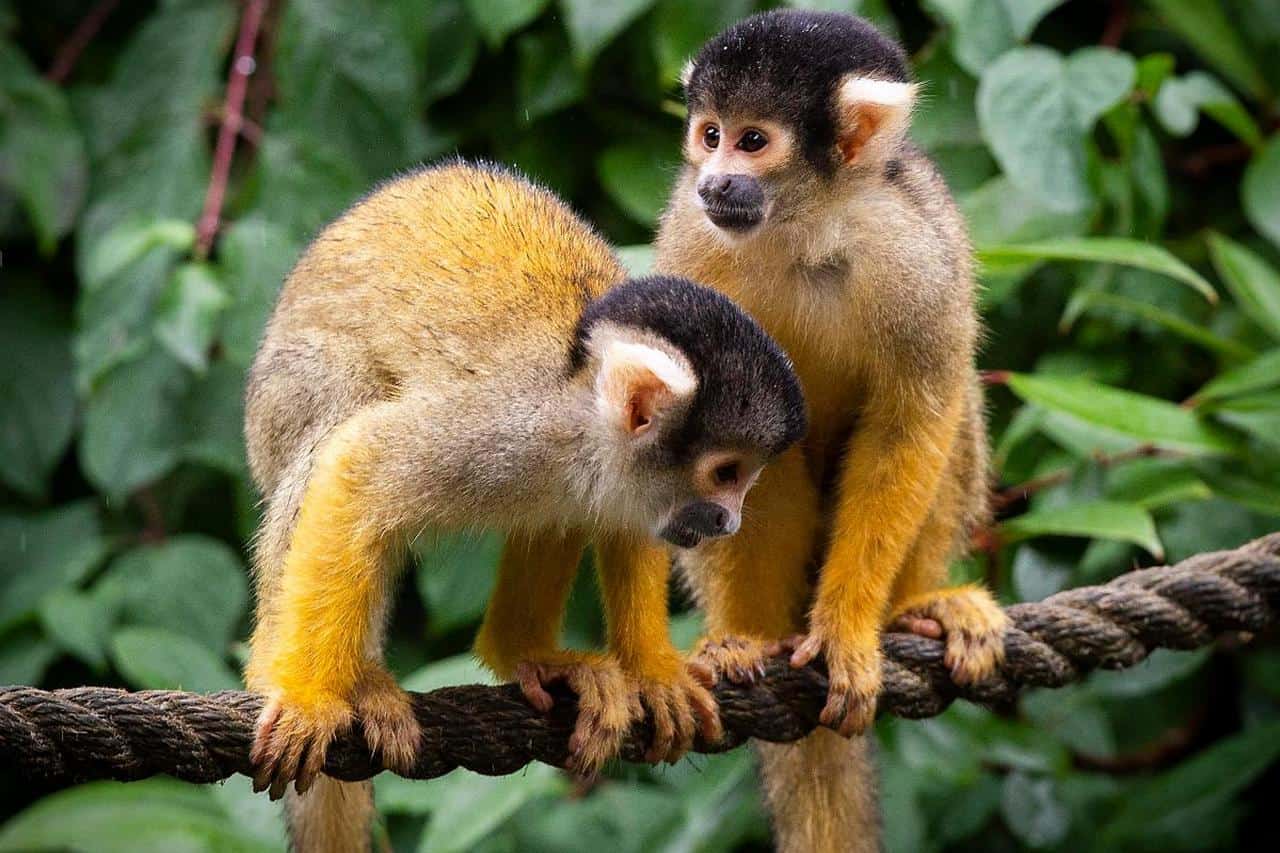 The Squirrel Monkeys make for super interesting pets. They’re small, weighing around two pounds, so they are a good fit in a smaller house or apartment.

On the other hand though, their energy seems to be infinite and they love to play a lot. Make sure you’re up to the task before getting yourself one. 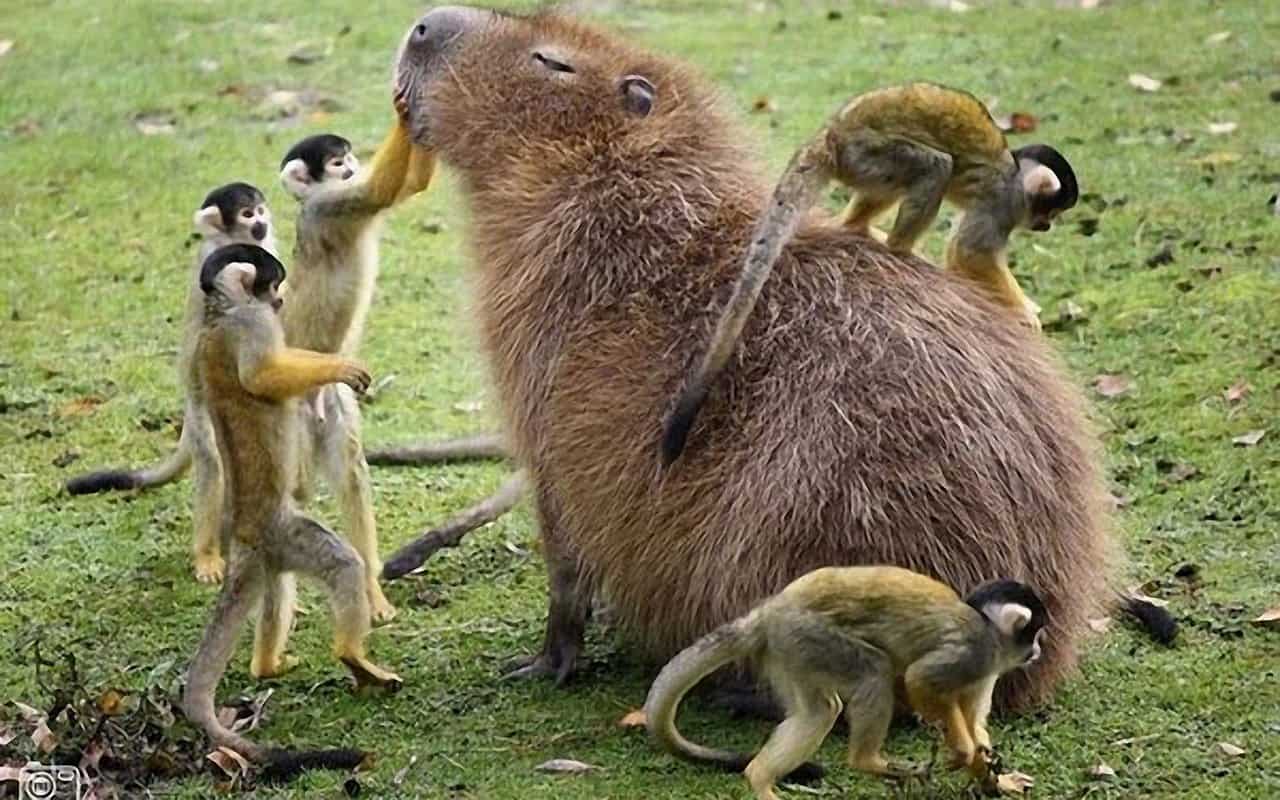 With a weight of up to 140 pounds, the Capybara is one of the biggest rodents in the world. And one of the cutest animals we’ve ever seen. Their natural environment includes water, so make sure you provide them with places where they can swim around freely.

The downside is that they are challenging to rise. They are very social animals so they prefer living in groups, so it’s advisable to get a pair at least, rather than a single one. Also, in some states in the US, you need a special license to own one, so make sure you check with local registration before getting one. 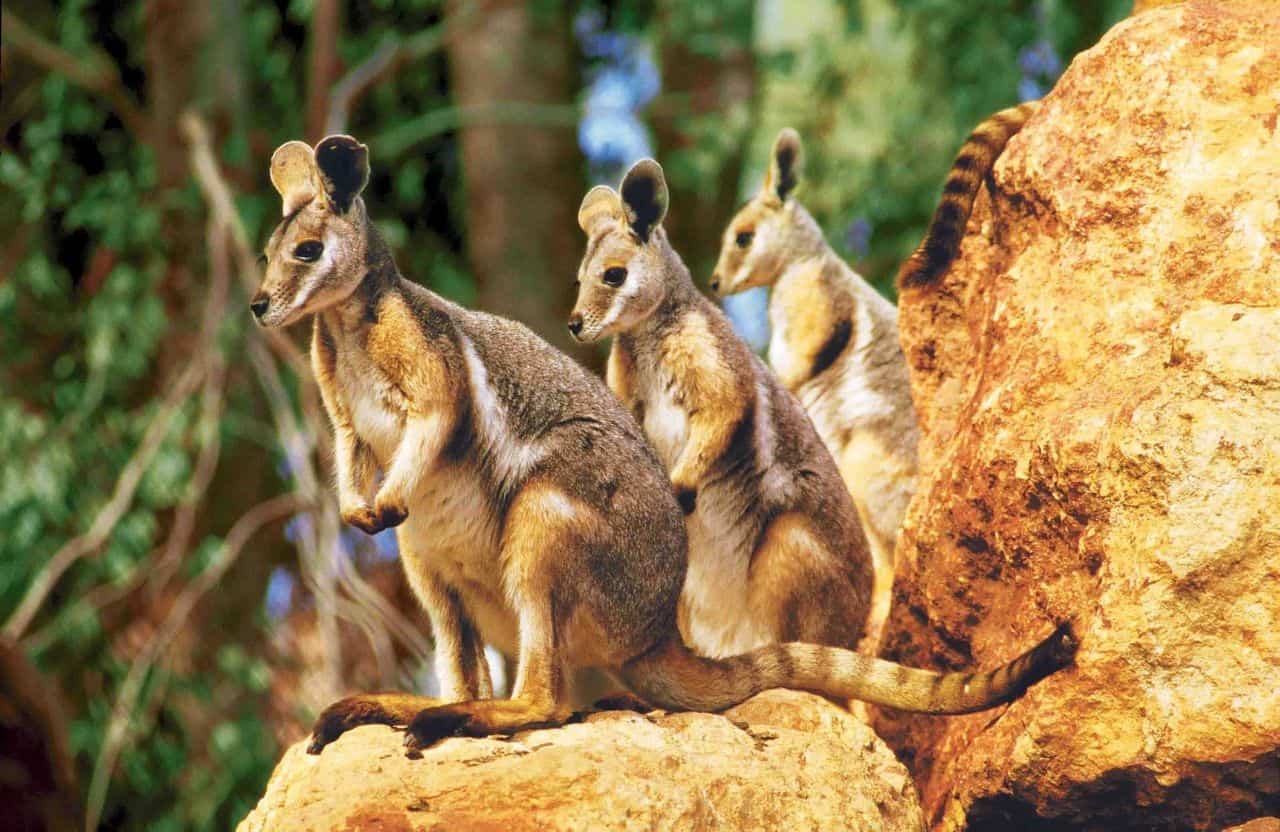 The Wallaby looks much like a kangaroo, so that’s how they got their nickname as ‘mini kangaroos’. Very common in Australia, they can be seen in other parts of the world as exotic pets. A Wallaby needs a lot of outdoor space, so you need to make sure you’ve got it before getting one. Due to the that, in some cities, they’re considered illegal to own, so check that out as well.

They can grow up to 40 inches in height and weigh somewhere around 50 pounds, so they’re smaller than a kangaroo but will jump around just as happily and reach impressive speeds as well. Make sure your fences are up to the task of keeping them inside. 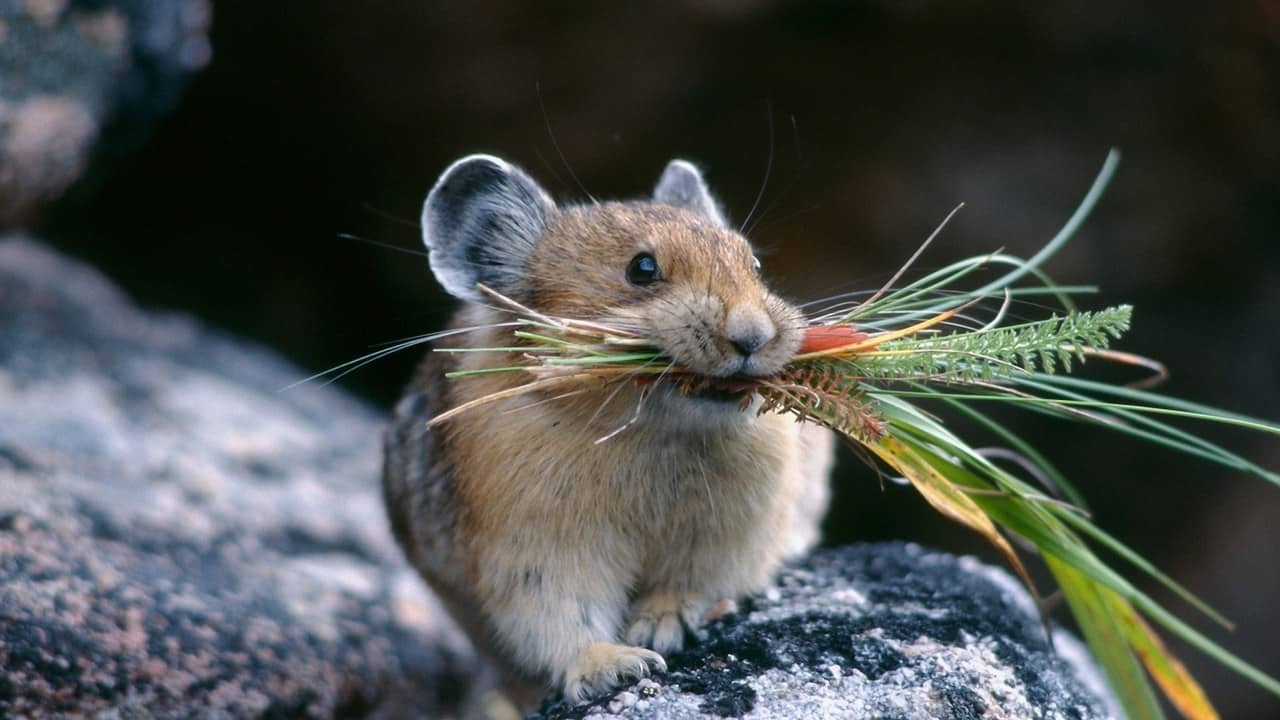 Chinchillas are rodents as well, and are known for being among the more destructive ones. Due to this matter, you’ve got to be sure you’ve got the expertise and enough patience when considering to buy one.

While they’re not cuddly animals, they do love to run around and play like crazy. That until they get bored. And they do quite easily, so you’ll need to provide them with a lot of fun things to do. 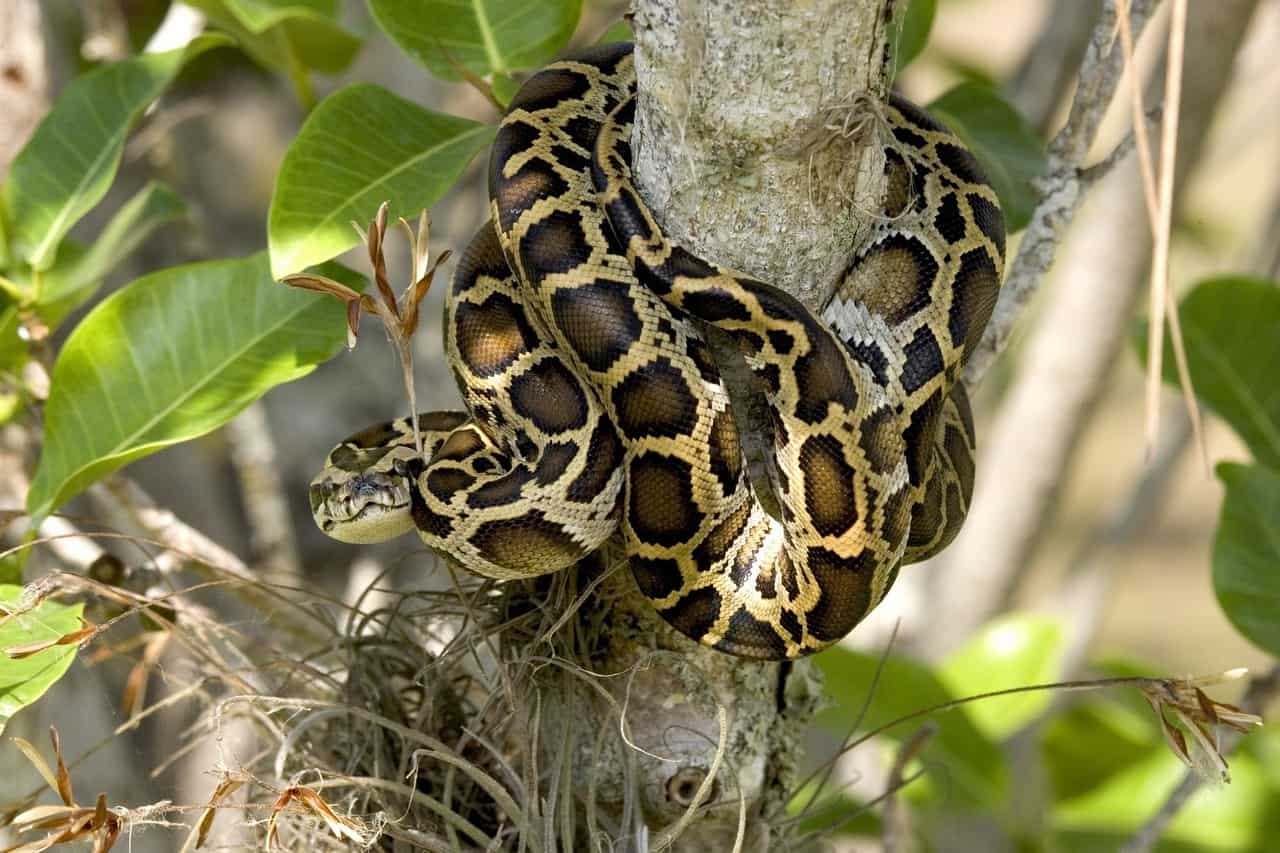 Again getting on the extreme side of pets, the Burmese Python is not for everyone. Surely not for the faint of heart. Frightening as it looks, the Burmese Python is actually among the most docile snakes around. They usually are in a good disposition and they only need simple care, so it’s an easy choice to make. That if you love reptiles.

One thing you need to consider though is their potential size. They can grow quite large, sometimes in excess of 20 feet and weigh even over 250 pounds. Think twice if you’ve got the heart and the space for such an exotic pet. 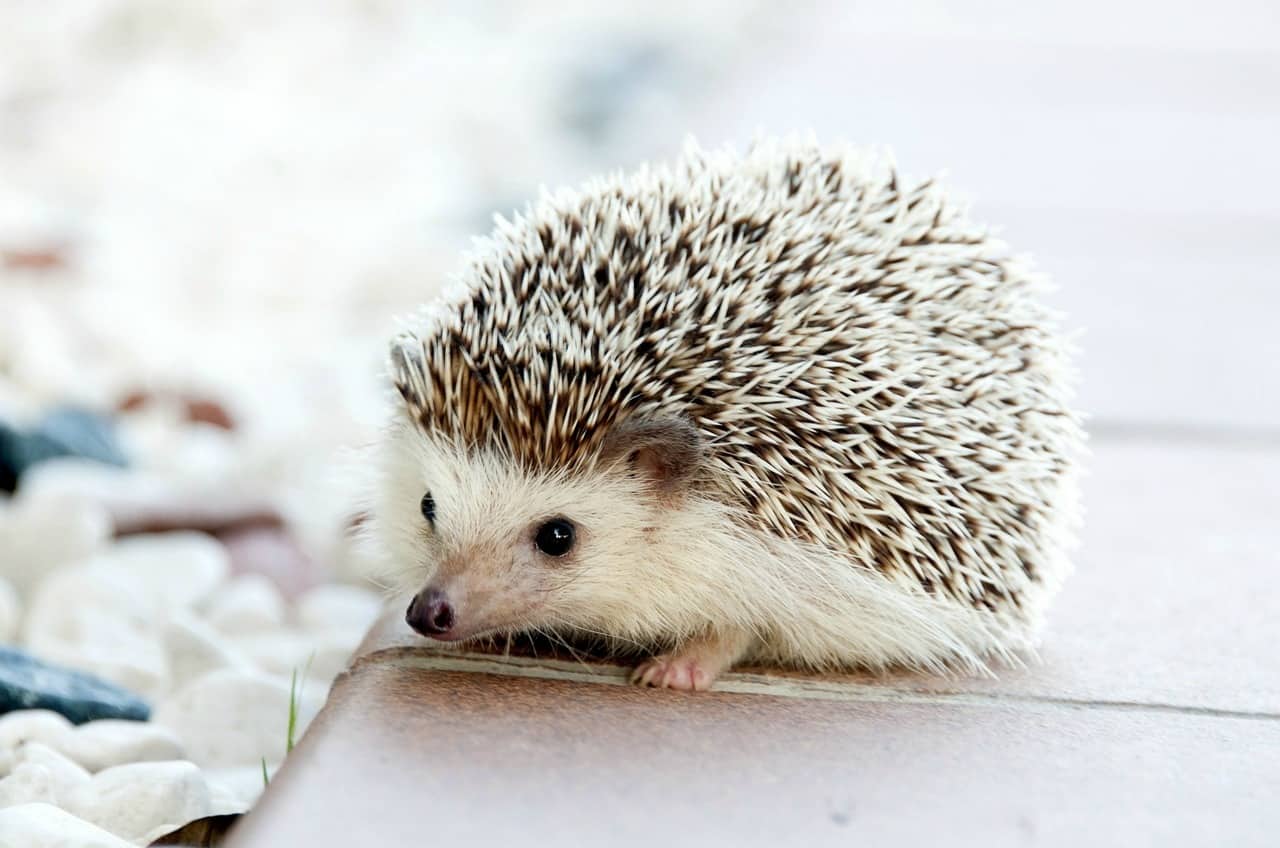 The Hedgehogs are little, cute, adorable and make for special pets. One of the most common breed found as pets is the African Pygmy Hedgehog. They’ve got an average lifespan of up to 10 years if cared for properly. And caring for one is similar to caring for a hamster or guinea pig. All they need is a cage, food, water, and a nice place to hide. And a little toilet. Just make sure you’re a night owl because Hedgehogs are night creatures. 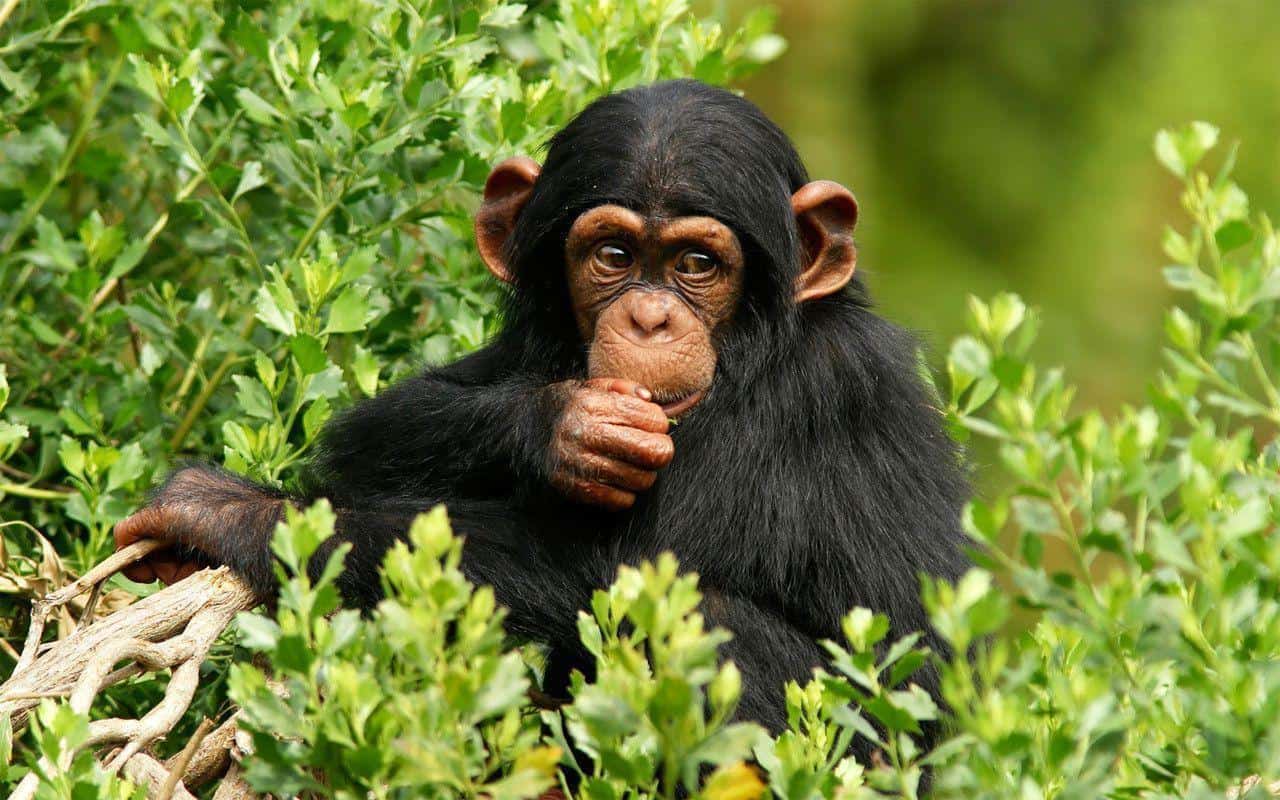 As adorable as they might be, Chimpanzees can be difficult as pets. They live up to 50 years or more, so make sure you can commit yourself to such a long period of time. A mature male chimp will grow up to 150 pounds and can be twice as strong as a human being. Sometimes even stronger.

It’s not easy to raise and care for a chimpanzee, especially since they are really made to live in the wild and it’s illegal to own one in most American states. If you do however, you need to have proper training and enough experience around primates to raise one as a pet. 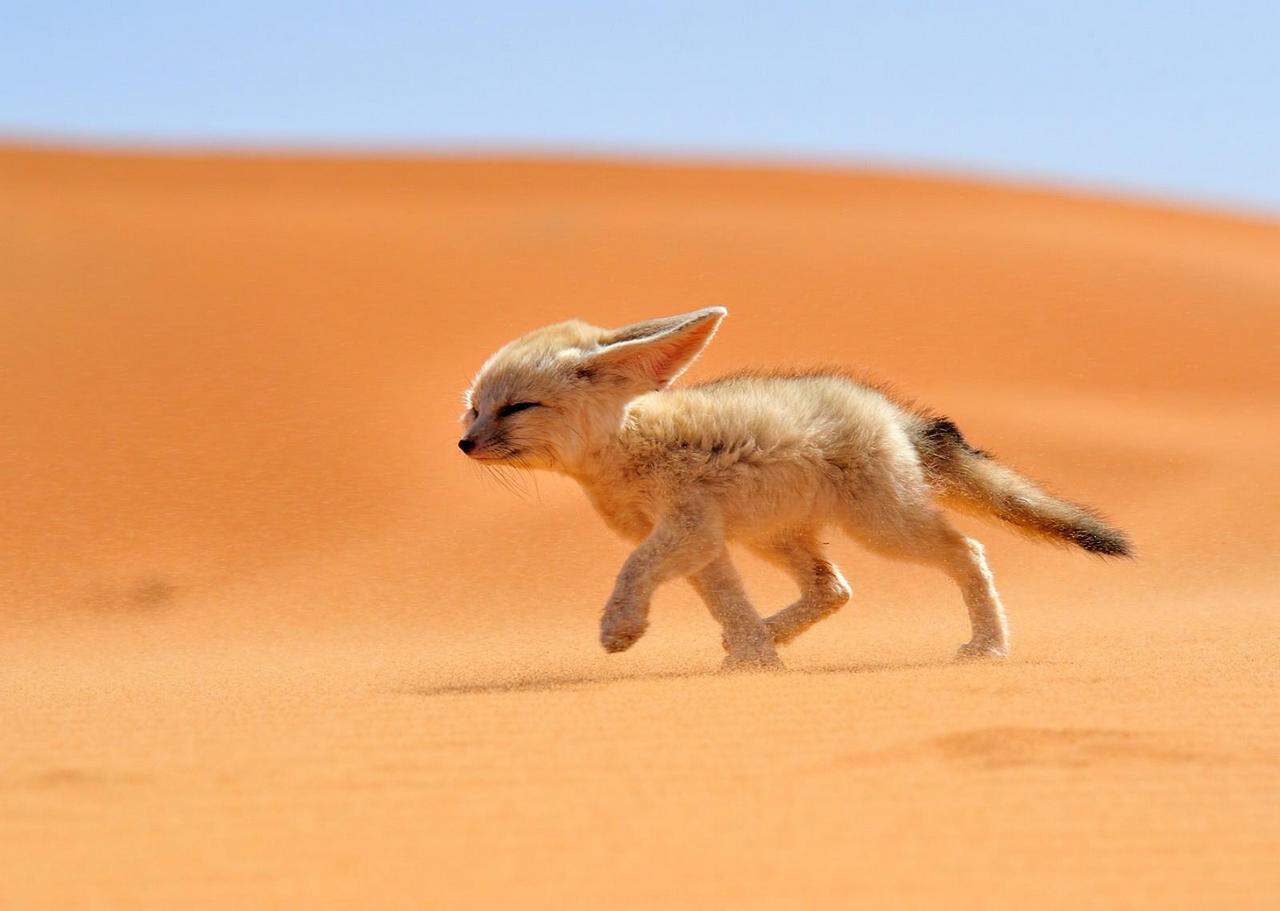 Fennec Foxes are known as the smallest foxes in the entire world and borrow behavior traits from both cats and dogs. Due to this reason, they’re considered a great exotic pet.

As adults, they reach up to four pounds in weight, which is not much, so they’re ok for smaller households. They live up to 15 years and are caring animals. They like to play a lot, trait similar to dogs, but also have the independence of a cat. Usually legal to own in most states, there are few, like Missouri, Minnesota and Washington, where they’re illegal.

Fennec Foxes are very sociable animals if trained from a young age, so they can make for perfect furry friends. Just make sure you keep up the pace with their seemingly infinite energy. 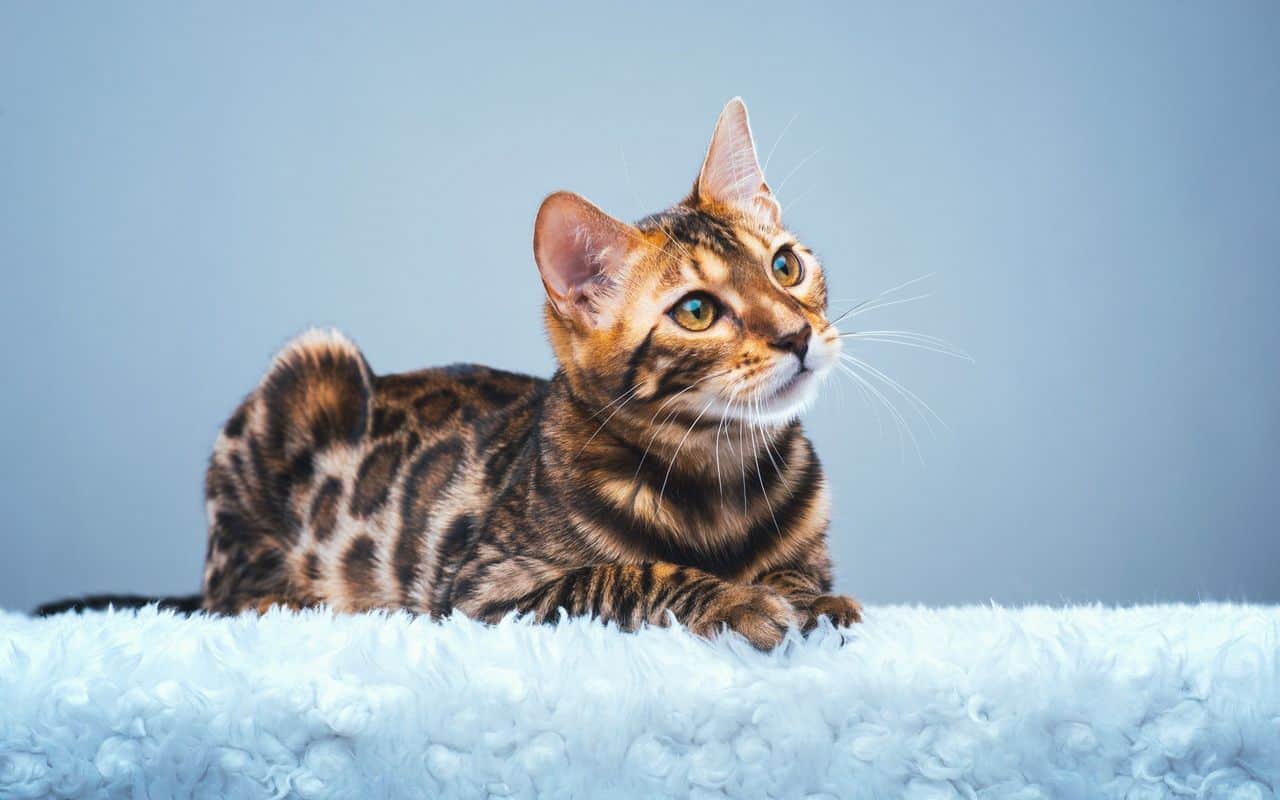 For those who would like to have a Leopard as a pet, the Bengal Cat is their best option. It’s like a Leopard in miniature, due to their extremely famous fur. Their fur come in plenty of patterns and colors, so you can find them in Brown, Silver, Snow or even Blue.

The Bengal Cats are active animals, so you’ll get to play – and get tired – a lot. That, on a daily basis. They are very sociable creatures, so they tend to get along with other furry members in the family, so no need to worry if you’ve got more friends like that. 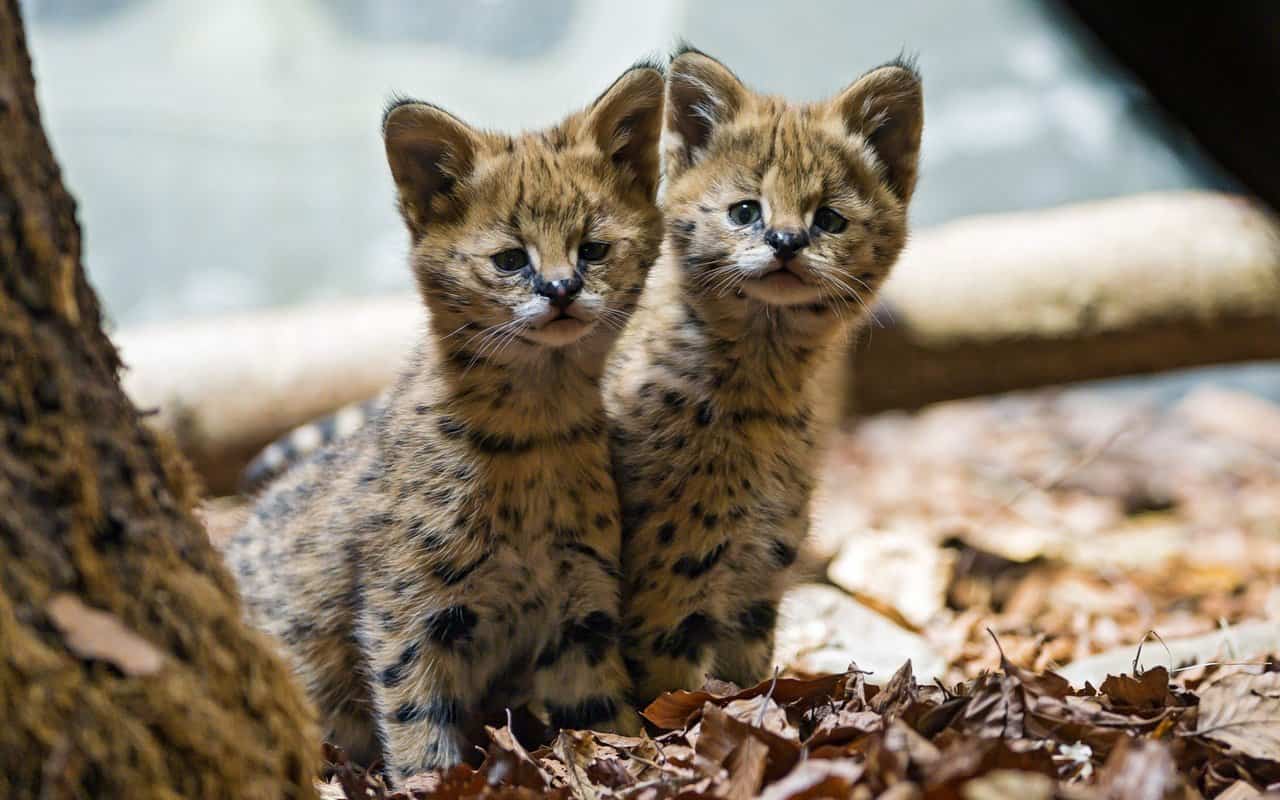 The Serval is a superb cat, but nothing like the ones you’re used to seeing around. They come from Central and Southern Africa and can live up to 19-20 years. Adults can get to be two feet tall and weight up to 40 pounds, so they’re more like Cheetahs than your typical house cat.

They also like to run, and word goes by that they’re only outmatched in speed by their larger wild counterpart, the Cheetah. But all in all, they’re adorable creatures.