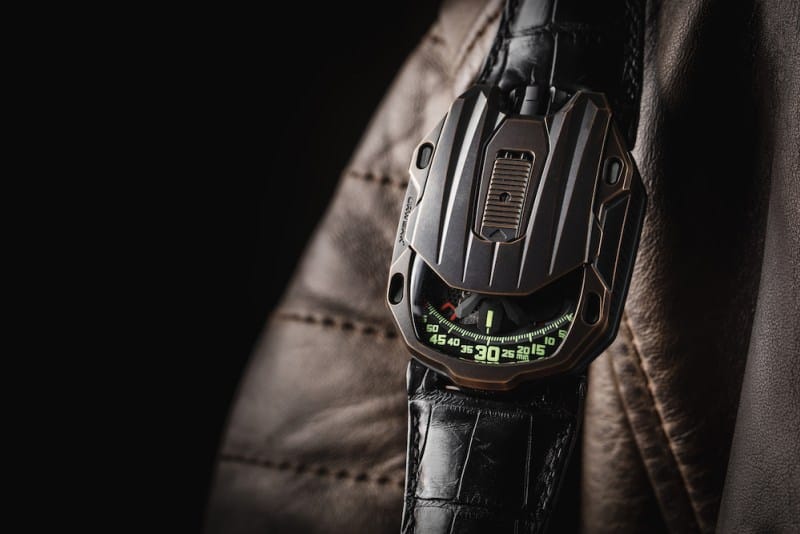 The new UR-105 CT Maverick is the latest addition to Urwerk’s extraordinary timepiece collection, a timekeeping marvel in bronze and titanium that pays tribute to all the wacky artists and eccentric inventors. Its looks are so alien that the watch would only fit a select and few odd personalities.

Based on the company’s signature watchmaking concept, the wandering hour, the UR-105 CT Maverick shows time in a totally different way than the norm. Each hour travels across a 60 minute arc on the bottom of the dial. The mechanism comprises of four satellites with three hour numerals each, mounted on an rotating carousel.

The satellites rotate and each of their three hours are turning as well, presenting the right hour when the satellite comes in sight on the 60 minute track. 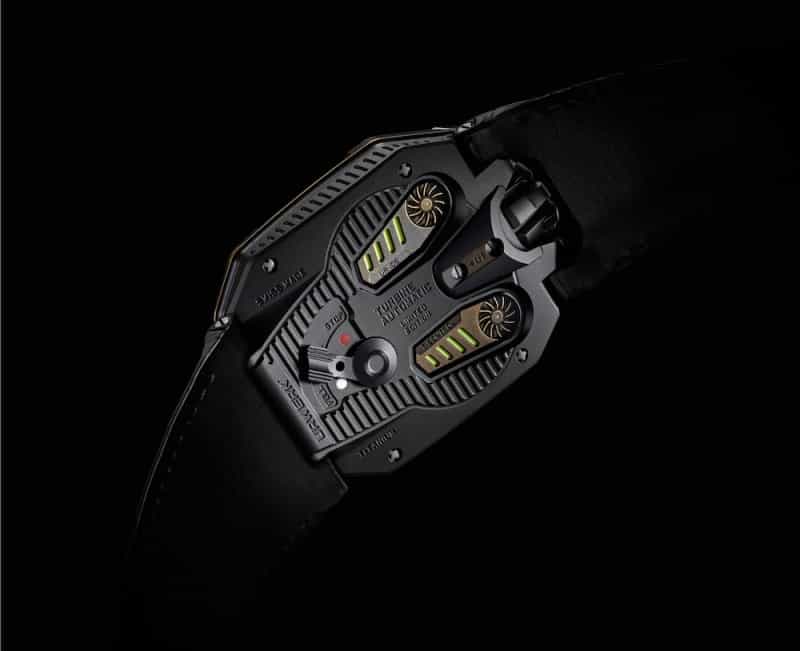 For further showing off, the Maverick comes with a sliding tab that reveals its inner mechanisms, with the entire four arms of the openworked carousel and the satellite hours in plain sight. The dial features a power reserve indicator and also shows digital seconds.

The whole watch was manufactured through a process called photolitography, which means that each second marker was skeletonized, making it weigh less than the tenth of a gram.

Urwerk’s UR-105 CT Maverick will be produced in a very limited edition, with only 22 models up for grabs, each of them costing somewhere around $67,000. 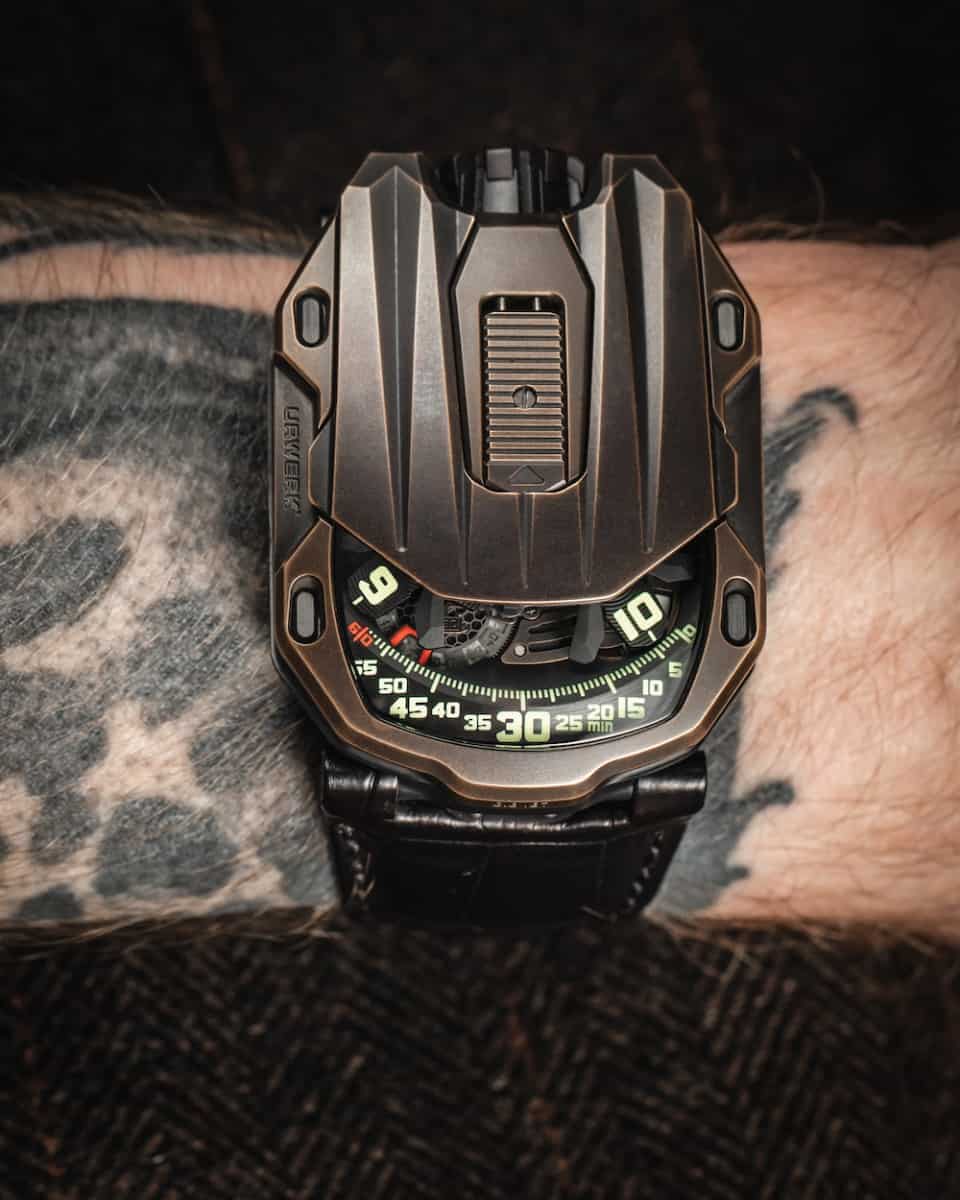 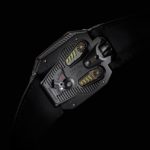 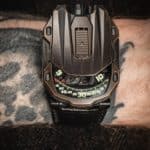 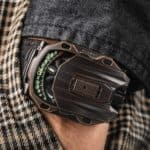 Tags:
Previous Article
The Newest Piloti Boots are Inspired by the Pagani Huayra Roadster
Next Article
W Dubai – The Palm is the Newest Gorgeous Addition on Palm Jumeirah 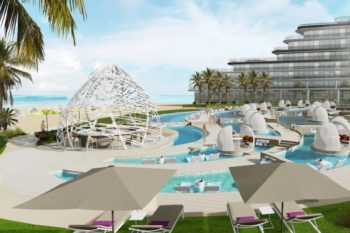