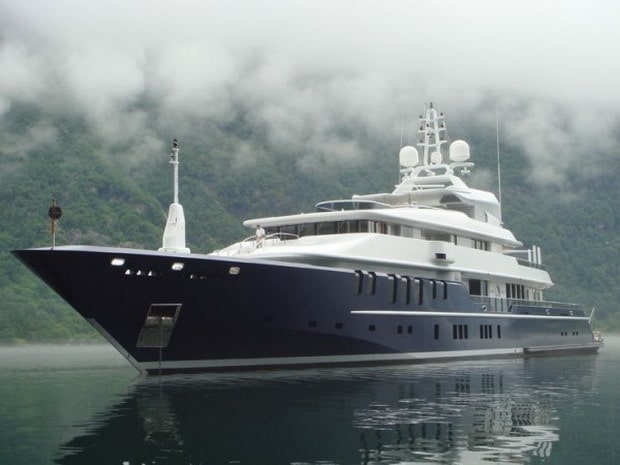 The Triple Seven Yacht, launched by Nobiskrug in 2007, was recently listed for sale at about $75 million by Edmiston. It has been said that the interior spaces of the boat were purposed to “flow seamlessly from generous outside areas that are almost rooms of their own” along with the elegant lines and sleek design of the 223-ft. vessel.

The same interior is based on a list of the owner’s sketches and favorite viewings at boat shows. Named after its shipyard build number, 777, the yacht was sustained by her commisioning company Kristal Waters, Nobiskrug and the designers Newcruise.

The ship comprises a numerous amenities, as follows: the owner’s suite – a high-tech, innovative design cabin with a separate library or office depending on its usage and a bed that can be feld to turn into an extra-cabin if needed – , four staterooms on the lower deck – configurable into two large suites – , a completely open sun deck – with a retractable gazebo and alfresco dining tables – , a large jacuzzi aft with sun pads all around, a large central circular sun pad, convertible into a Heli-pad, a beach-club equipped with a lounge area, bar and gym on the teak-deck.

The main suite also contains 2 different dressing areas, for both sexes, interconnected by a huge Portuguese-marble-carved bath, and, a panic room that we hope will never be used. So, empty your bank account fast, because you’ll miss the opportunity to live a luxurious and secure life over the seas. 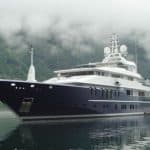 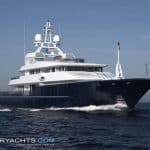 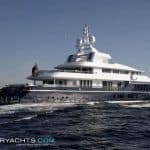 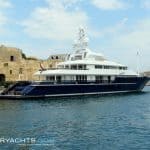 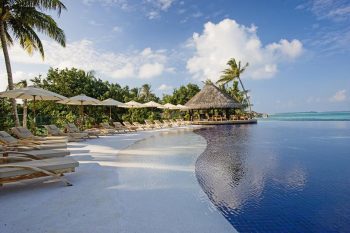 The wonderful Diva resort in Maldives