Beauty is a quality that’s always going to be the norm, no matter the society or the time period, something almost everybody is trying to achieve, a quality that has been around since our ancestors were living in caves and one that’s still here today. We humans have always tried to improve ourselves into looking better and more impressive.

Along the time, people have always used artificial things, from paint to rings, to improve one’s look. Nowadays, the means we use are more or less the same. Nowadays we’ve got cosmetics and they’re widely used especially by women, but we men use them too. Right, guys?

Cosmetics are just an artificial aid in making someone look better, in beautifying their face or their skin and in economical terms, they’re some of the most successful products in the world right now. Everybody wants to look beautiful, right? Well, that’s exactly what the cosmetic companies hope for, and some even create luxury products for those who want to detach themselves from the masses.

And don’t believe for a second that those products are cheap ones, they’re some of the most expensive. If you’re curious, read on and find out which are The 10 Most Expensive Cosmetic Brands around: 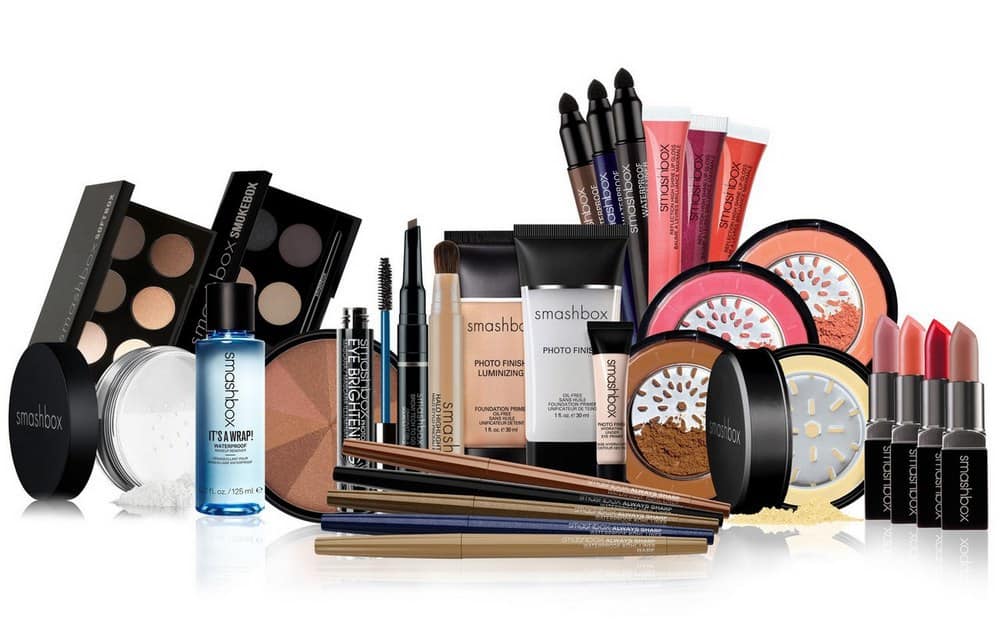 Smashbox was created by the Dean and Davis Factor brothers in Culver City, California and borrowed the name of their photo studio where the products were designed. In 2010, the brand was bought by Estee Lauder, acquisition which made it more popular than ever before.

Smashbox focuses on eye products and lipsticks and they pride themselves for being designed to look good on camera, being ‘created, tested and photographed at a real studio’. You can imagine that the ingredients they use are quite expensive so their products have a high price tag, but then add in the excitement of a sexy model who’s on a photo-shoot every day, and you can bet that there’s no shortage of clients. 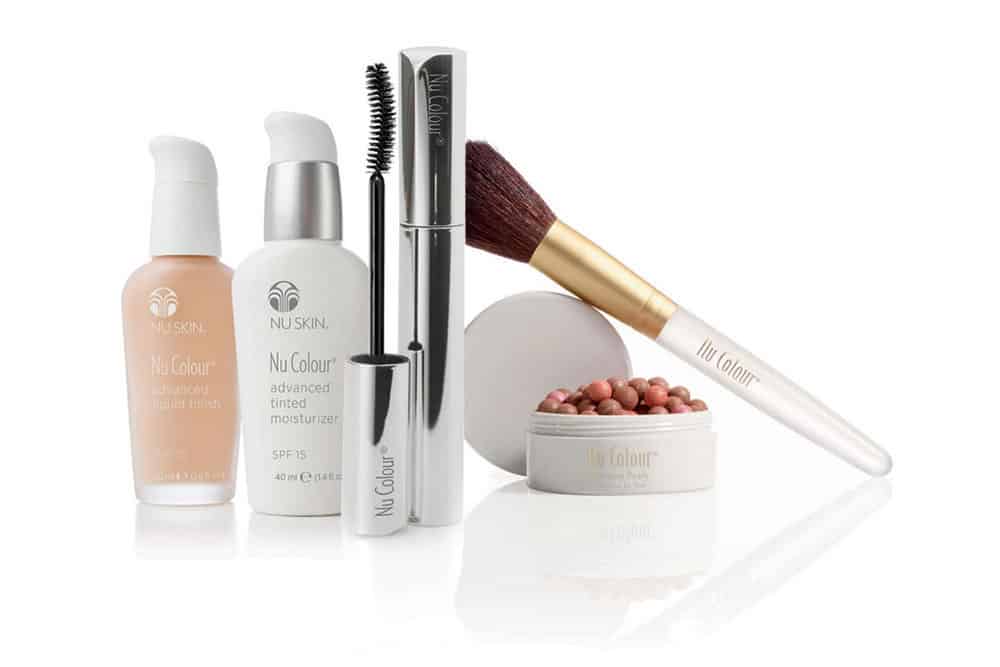 Founded in 1984 in Provo, Utah, the cosmetics company Nu Skin sells its products on 53 international markets through a network of 1.2 million independent distributors. They specialize on anti-aging products so their list includes over 200 personal care products that promise to bring you back the lost youthfulness with every use.

Their products are based on antioxidants, and with the acquisition of Pharmanex in 1996, they became one of the most important anti-aging companies in the world. Their multi-level marketing scheme was something to be feared in the early 90’s, but since Forbes listed them on the 100 Most Trustworthy Companies in 2010, everybody uses them now. Or who knows? Maybe it’s because of that anti-aging part. 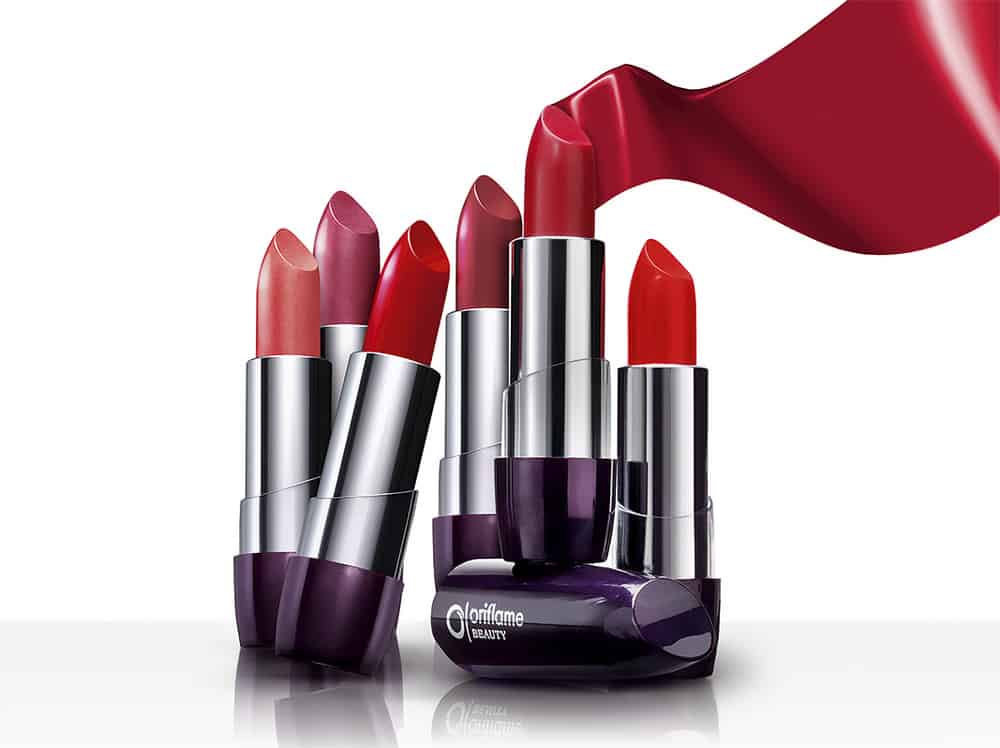 Here’s another well known name in the MLM scheme of things. Oriflame Cosmetics S.A. was founded in 1967 in Sweden by brothers Jonas and Robert Jochnick, selling personal care products, perfumes and accessories ever since in more than 60 countries worldwide.

The name seems to have been inspired by Oriflamme, the battle standard of the King of France during the Middle Ages. You know, that flag that signals that no prisoners are to be taken on the battlefield until it is lowered. What’s the connection with beauty and cosmetics you ask? No idea. Maybe they wanted to signal that they’ll not quit until they sell everything, even their most promising and expensive products. Clearly, their job is not done yet. 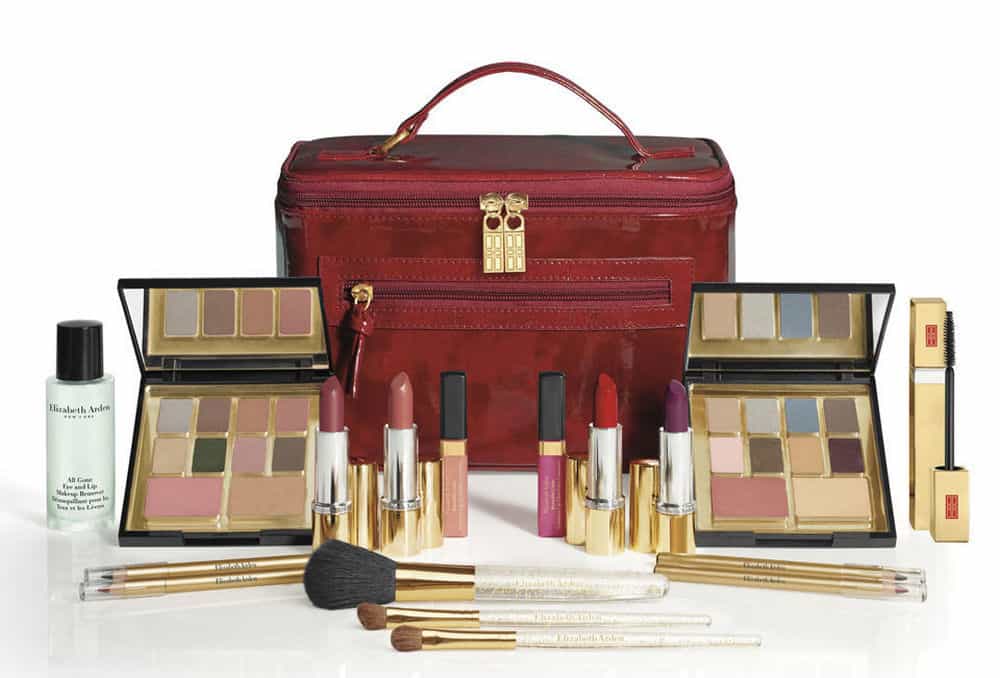 Founded by Florence Nightingale Graham in 1910, the company Elizabeth Arden Inc. began supplying beauty products in America and grew to become one of the largest cosmetic brands in the world. They offer color coordinated make-up sets and a lot of skin care products and treatments.

During the late 90’s, they started focusing more on fragrance lines, such as Red Door, Fifth Avenue, Green Tea, Provocative Woman, Mediterranean, Pretty or Untold. Quite some interesting names, don’t you think? Another big realization for the company is holding the license to a few collections inspired by various celebrities like Britney Spears or Hillary Duff, Elizabeth Taylor and Mariah Carey. 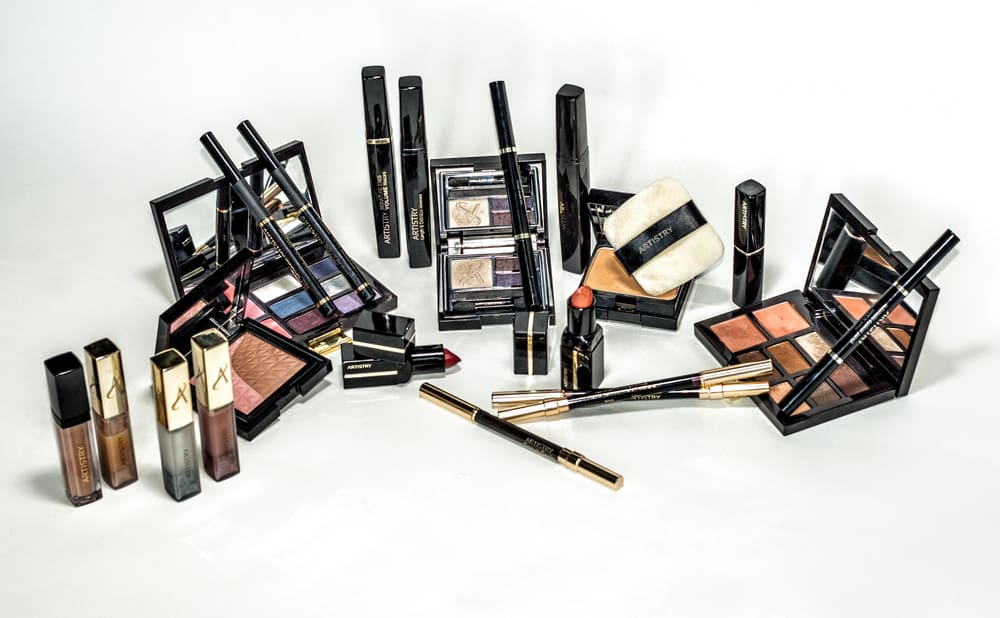 Created by a couple who cared about both science and nutrition in the world of beauty, Artistry is a skin care and cosmetic brand, part of the Access Business Group and spread through 108 countries around the whole world.

They have some of the most expensive skin care products, but they’re made from African or Mediterranean plants and fruits, so you can expect some high quality beautification. Oh, and since Sandra Bullock is the face of the brand and she uses the Artistry Creme LuXury, we bet it’s good enough for other mortals too. 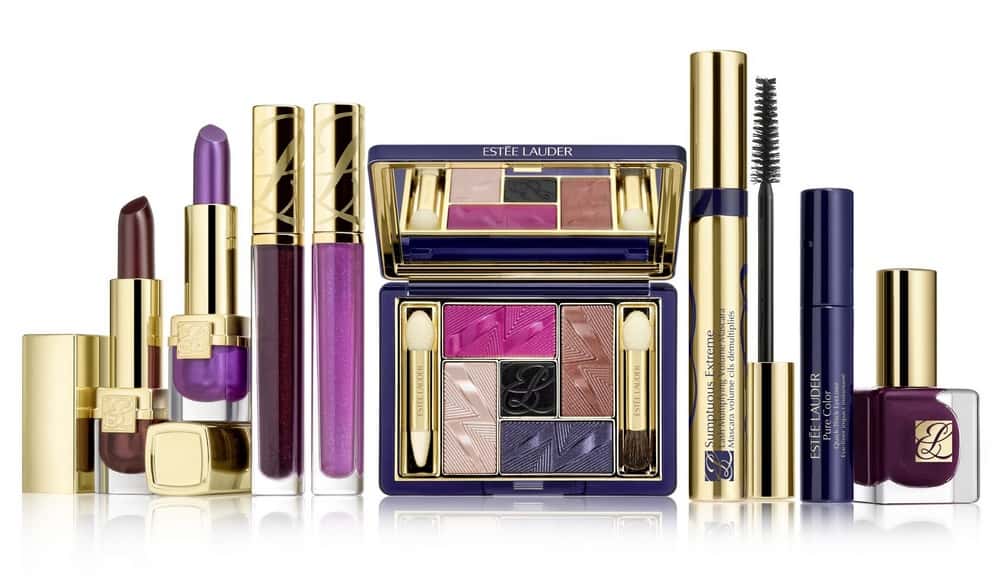 Founded back in 1946, Estee Lauder is a long established American manufacturer and seller of high-end cosmetics like skin care products, fragrances, hair care and make-up products.

They expanded their range of products all around the world, from Harrods in London to Hong Kong and today they’re spread everywhere with a large portfolio of companies and sales of over $10 billion. 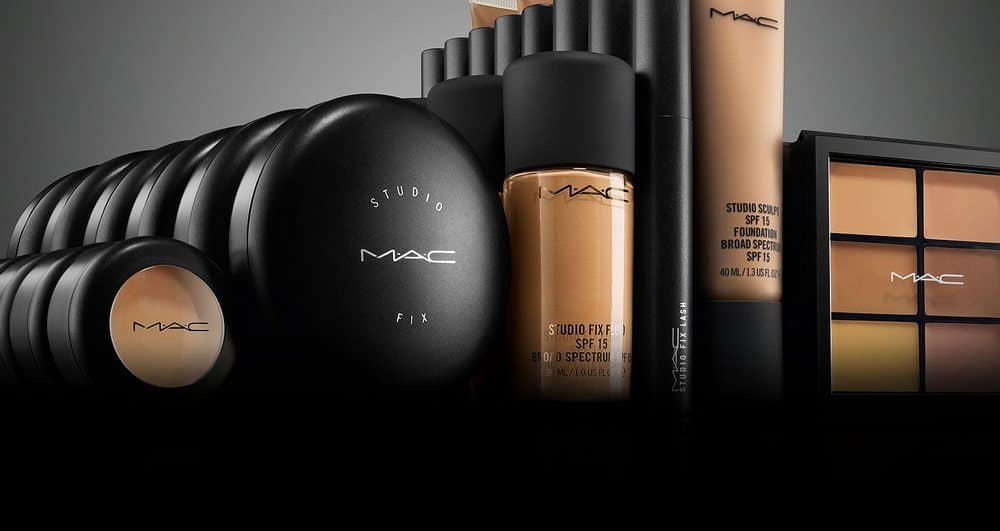 MAC Cosmetics took birth in Toronto back in 1984 with Frank Toskan and Frank Angelo leading it. They started creating products for make-up artists but then they expanded their reach with high-quality professional cosmetics.

Today you can find their products in over 100 countries around the globe, and with more than 50 collections created every year, you’re sure to find clients both in the everyday consumer and the professional make-up artists markets. The company has collaborations with famous artists like Rihanna, Lorde or Proenza Schouler.

They develop a wide range of products, like hair color, skincare, sun protection, make-up, perfumes and hair care products and they’ve got entire labs dedicated to researching in the fields of dermatology, toxicology, tissue engineering, bio-pharmaceuticals and nanotechnology. Sounds more like your Sci-Fi movie company that turns humans into robots. Who knows? Maybe they are. 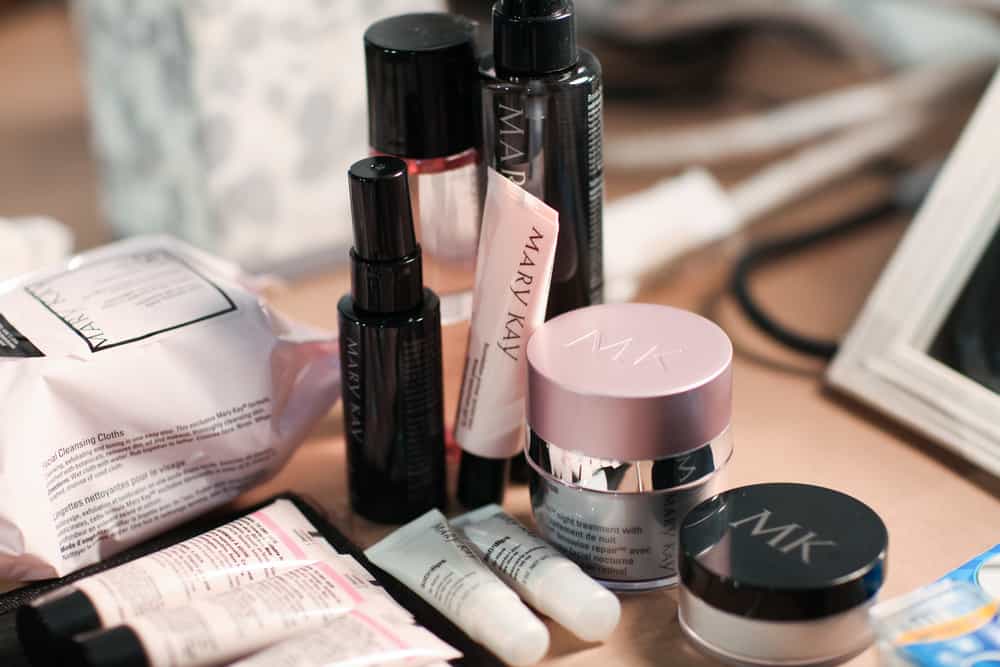 Mary Kay is a company founded by Mary Kay Ash in Addison, Texas in 1963 and in 2011 it became the sixth largest direct selling company in the world. Which is a big deal.

They were among the first ones to give up testing their products on animals in 1989, though in 2012 their factory in Hangzhou, China had to return to those practices due to the Chinese laws which specify exactly that for all health and beauty products. Their business model is a MLM as well and their salespersons number rises to somewhere around 3 million in the world. 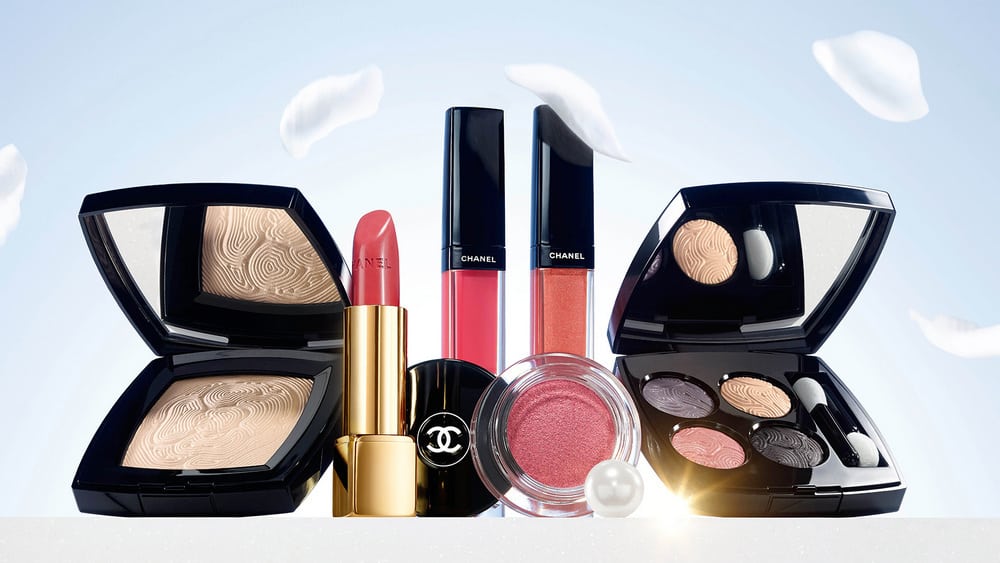 Chanel is one of the most known and famed cosmetic brand in the world, in the business since 1909, associated with the haute couture and luxury accessories and cosmetics, so you can expect no less from them.

Their products are sold around the world in stores like Harrods, Galeries Lafayette, Bergdorf Goodman or David Jones, but they also have their own beauty boutiques, more than 300 of them spread all over the world. The company’s revenues in 2014 rose to the astronomic number of $6.7 billion. Now imagine their prices.