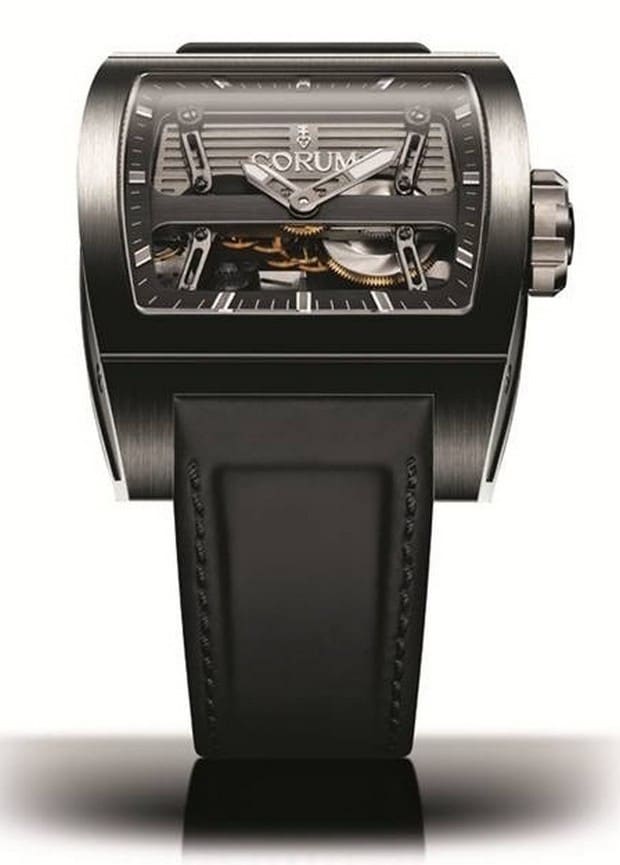 This stunning Ti Bridge Automatic will reportedly be unveiled at Baselworld, during the upcoming month. The exquisite timepiece boasts the Corum tonneau-shaped case and the linear architecture of the Bridge Collection – the same gear train, escapement and barrel.

Corum has interestingly developed the brand new Dual Winder system of the automatic CO 207 caliber, which is kept in position by four titanium cross-bars. The brand has also received a patent for this system. Put shortly, this mechanism derives its energy from two inline oscillating weights which are interconnected. As for the case, it measures 42 mm x 52 mm and, according to Corum, it is actually slimmer than all the predecessor watches.

The movement itself is an extremely intricate contraption. The oscillating weights, interconnected by the transmission arbor which allows them to move in parallel with no regard to rotation direction, is the main feature of this magnificent movement. In addition, it sports three integrated stacked mechanisms at 9 o’clock – two unidirectional ball bearing clutches and a ball bearing device. They are crafted from ceramic materials and require absolutely no lubricants. Each of the oscillating weights is topped by a steel disk, while two 1.32-gram semi-cylinders manufactured from tungsten provide smooth winding. The 72-hour power reserve behind the CO 207 caliber is housed within a single barrel found at 3 o’clock. 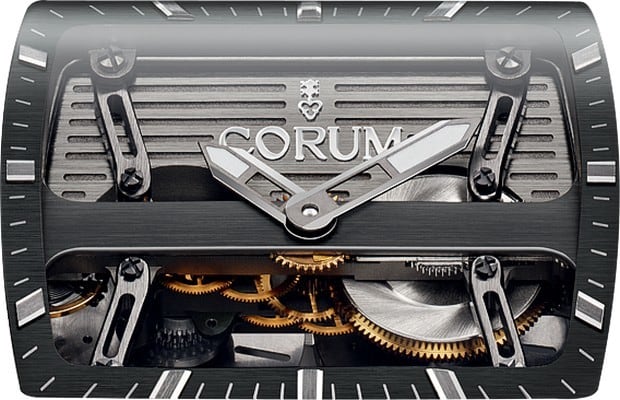 The Corum Ti-Bridge Automatic Dual Winder will also be available in red gold and will be purchasable as a limited series of just 25 units. 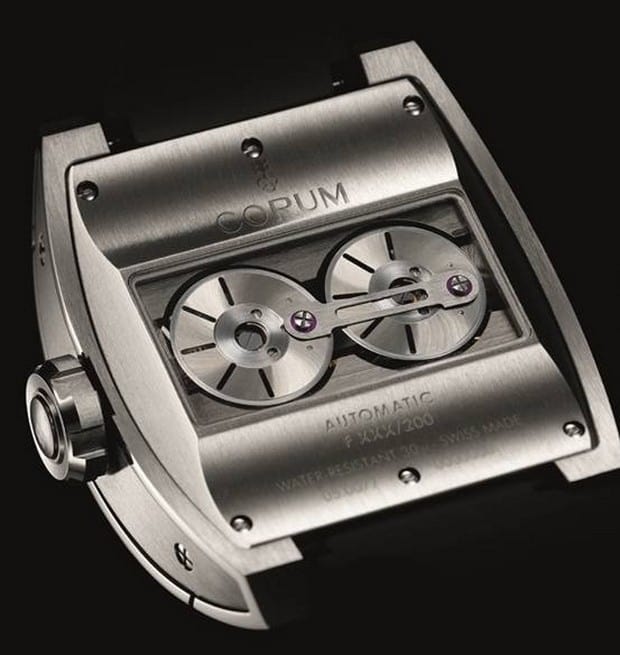