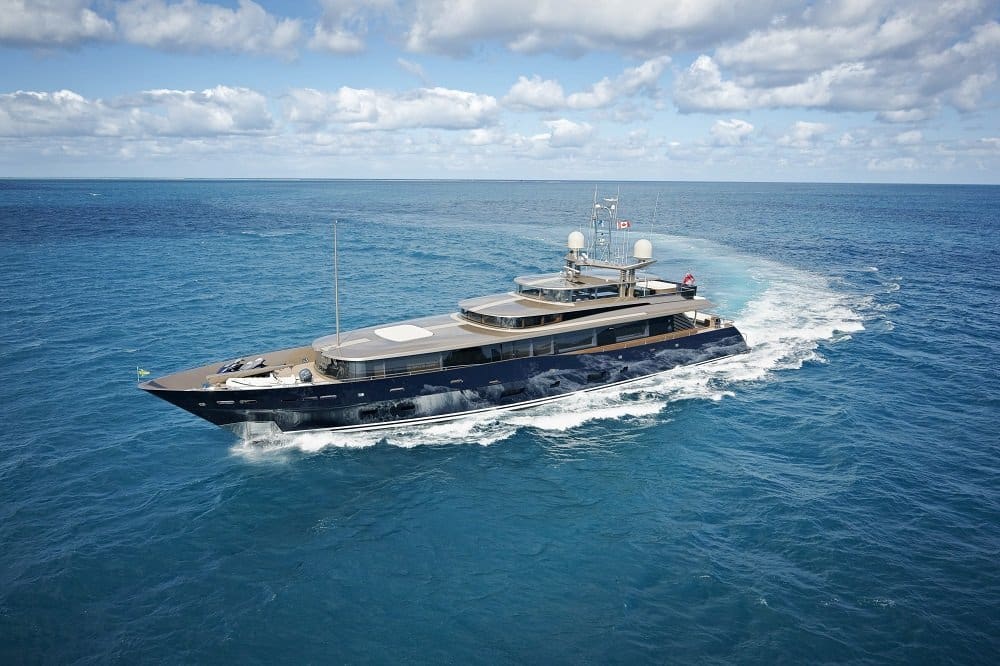 What we’ve got here is another magnificent creation signed Dubois. The Loretta Anne is a 47 meter long superyacht that has been launched in March 2012 by the British naval architects from Dubois and Alloy Yachts. Built for a customer that knows a thing or two about cruisers, who used to own a a smaller vessel built by the same crew, the Loretta Anne is reportedly the 22nd vessel Alloy-built yacht designed by Dubois.

It looks rather similar to the previous 40-meter long yacht owned by its current owner, with a streamline hull that enchants eyes even at a first glance and sleek lines that emanate freshness and modernism. Penned down by Donald Starkey, the interior boasts with a more discreet appearance, slightly more informal than the superyacht’s exterior.

This happens simply because the main feature of this yacht is comfort, characteristic that can be enjoyed throughout its decks. Both luxurious and exquisite, the interior spaces commune fluently with each other, in a manner that appears to be making every spot on the yacht accessible and welcoming.

The Loretta Anne has been built with two and a half decks, which involves more space to make profit of and more efficient space distribution nevertheless. For example, there are a lot of areas onboard that may have 2 or more purposes – one of the yacht’s VIP cabins can be fast and easily turned into a gym.

In terms of accommodation, the guest cabins are divided in one twin cabin and three VIP ones, plus a full beam master suite that governs them all. The superyacht can host up to 8 guests, plus the owner. On a closer approach, the main aft deck is the first spot on the yacht that shows a glimpse of the interior – it features an aft lounging sofa and a large al fresco table.

Enhancing the great feeling of those that lounge in the main aft deck are the superb sceneries this place provides. The color palette is discreet and elegant, with tones of grey, white and brown all over the furnishing, upholstery and cushions.

Advancing, the main saloon greets us with a light color palette and modern curvy features. The atmosphere is far from being overburdened, the designer having thought of a way to place elegance, opulence and minimalism. The game of textures and interesting design features reminds us of fresh, retro chic styles. 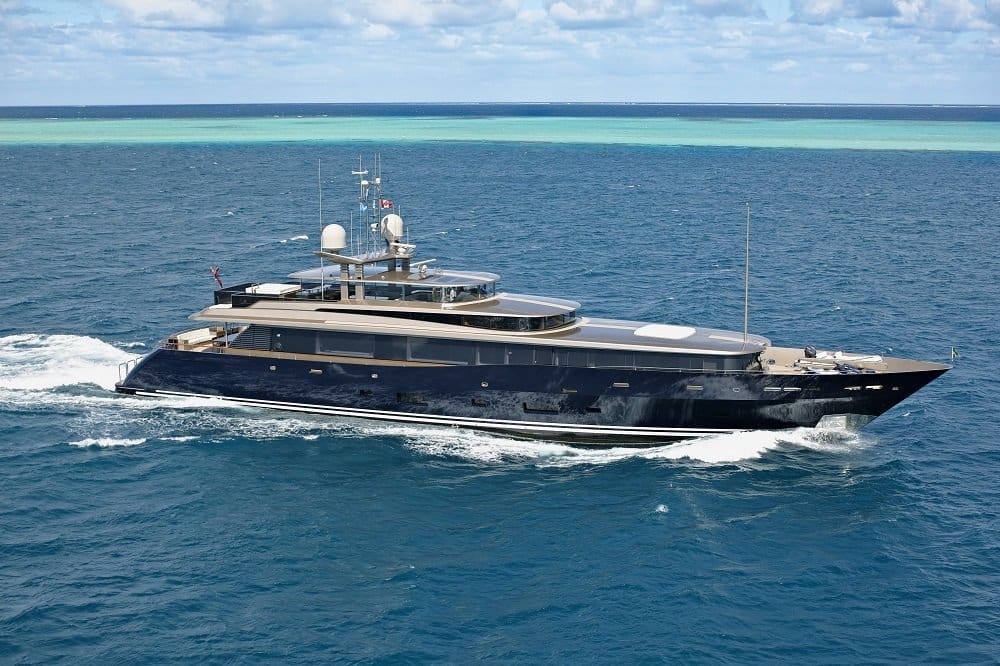 A superb bar spot has been arranged on the aft of the main saloon, providing a pleasant flow from the al fresco dining area to the main seating area. The most comfortable feature here is a lavish L-shaped sofa placed opposite to an interesting seating arrangement. The upper deck brings forth a large flybridge area that can be easily turned into a weatherproof indoor deck – thus it can work as a large private spot, al fresco dining or an extended lounge area.

The master stateroom boasts with the same warm combination of light colors, curvy furniture and incredibly huge windows that provide an ample flow of natural light. It features his and hers separate bathrooms, a walk-in wardrobe, storage facilities and a private office.

The other guest cabins can be found on the lower deck, which sports a central lobby, intriguing designs and state of the art materials. The guest cabins come with their own en-suite bathrooms, with shower areas. Adjacent to this there is a fully equipped gym that can be turned into an additional guest room, if needed.

The supervessel has been constructed congruent with the LY2 and has been classed by Lloyd’s. It can reach speeds of 17 knots and can cruise at around 14 knots, which confers it an autonomy of almost 3,500 nautical miles. 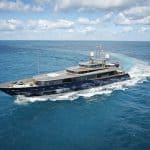 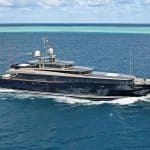 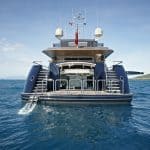 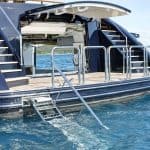 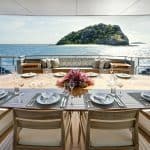 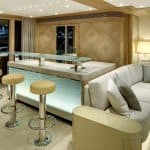 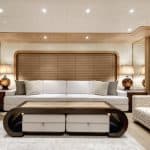 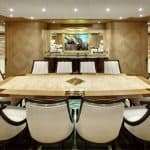 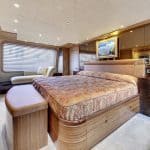 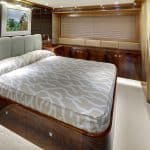 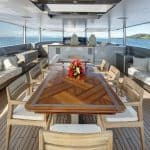 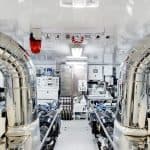 Tags:
Previous Article
The Aston Martin One-77 bike by Factor Bikes
Next Article
The Lakaz Chamarel Exclusive Lodge in Mauritius