Home ‣ Luxury Lists ‣ The 10 most Expensive Restaurants in the World

The 10 most Expensive Restaurants in the World

We all enjoy a fancy dinner at our favorite restaurants from time to time, but if you want to go to the next level, you should try out a completely unique dining experience, at some of the world’s best Michelin-starred restaurants, which obviously comes at a cost.

The list below selects the most expensive restaurants in the world, ranking them by the average price per person for a complete dining experience here, along with drinks.

The renowned chef Alain Ducasse offers one of the classiest dining experiences in the world, at his restaurant that’s located right in the heart of Paris, with a menu filled with rare ingredients and headed by chef Christophe Saintagne. Around $550 is what you will have to pay for a meal here and you’ll be seated in a stunning dining room with a chandelier made of 10,000 crystal pendants.

The Plazza Athenee restaurant sits on Avenue Montaigne and here you could even go for an organic menu instead of the classic meat-centric dishes. That means you could enjoy Anjou-grown quinoa or Mediterranean fish with bulgur wheat along with a long wine list curated by Sommelier Laurent Roucayrol. 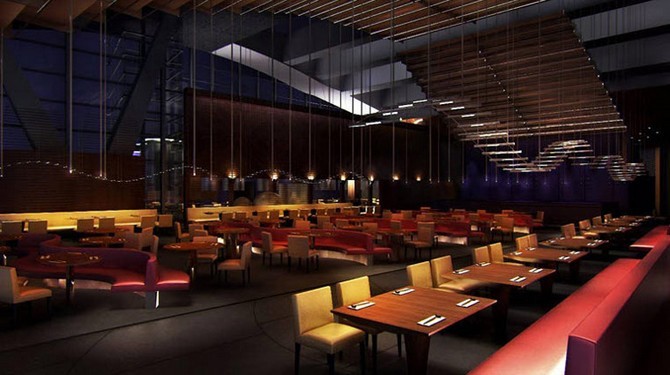 Masa is widely considered the best sushi restaurant in New York and it has plenty of exotic seafood brought straight from Japan. The restaurant has been opened in the Time Warner Center back in 2004 offering a multi-course menu with five appetizers, a sushi entrée with 20 types of seafood and a dessert course for finish.

The whole dining experience here, lead by chef Masa Takayam, will you take at least three hours to enjoy, and as soon as you sit down the food will be prepared and served to give you the idea that each dish is still as fresh as possible. The ultimate sushi experience will cost you from $450 to $600, but if you add a 1995 Chateau Margaux Bordeaux bottle on the side it will add an extra $1,500 to your bill. If you want to cancel a reservation here, the three Michelin-starred restaurant will still charge you $200 for wasting their time. 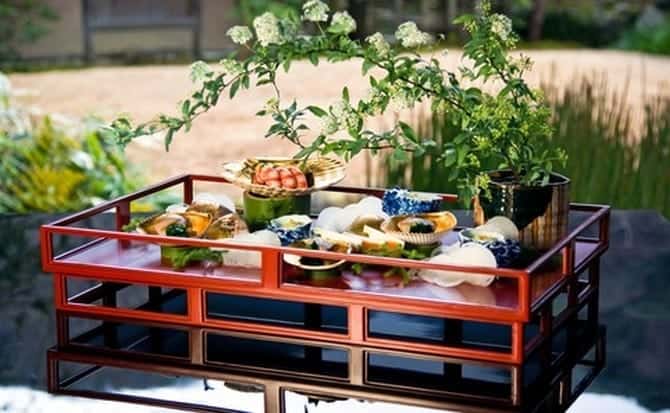 The Kaiseki here is considered the best in the country and along with the three Michelin stars you have the most exquisite and expensive restaurant in Japan. The executive chef is Kunio Tokuoka, who is a master of the tea ceremony as well.

He maintained the tradition of the restaurant that has a history spanning from 1930 when his grandfather founded the place. The dishes were improved on to be more appropriate for modern times and aside from tasting only the best ingredients, you will enjoy your food in a large private room with excellent service and a price tag of somewhere around $600 for a person. 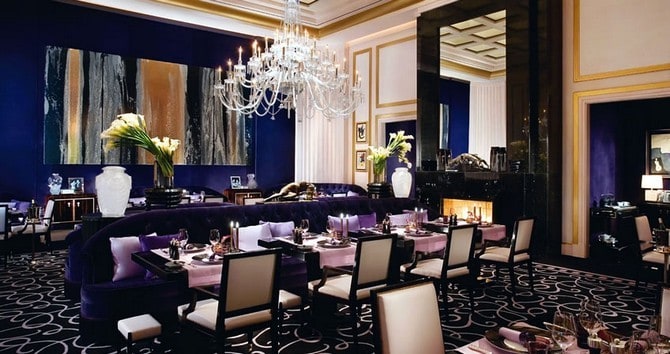 The Joel Robuchon at the MGM Grand Hotel & Casino is the first restaurant opened in America by Robuchon, one of the most important French chefs ever, and it offers all the exquisite dishes you could expect from such a renowned chef along with an equally impressive wine list.

The restaurant offers a 16-course tasting menu for the ultimate dining experience but you can also opt for a two, four or six course menu, with the price ranging at around $640 per person if you add the drinks. 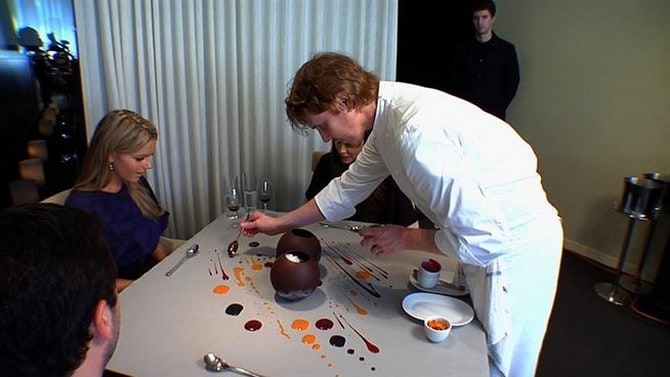 The main attraction of this restaurant is the creativity of chef Grant Achatz who offers delicious and original dishes that look like they’re out of this world. Combining food with art, these unique dishes are some of the most appreciated meals everywhere around the planet.

That’s why three three Michelin stared Alinea is one of the most decorated restaurants in the world right now, a place where you should expect to pay extra for quality, around $690 per person. 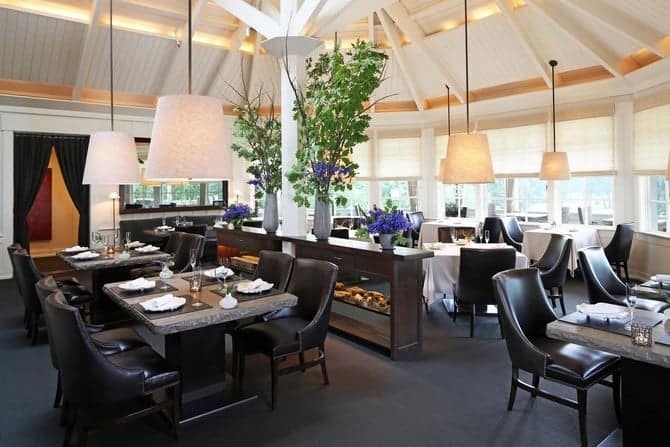 The classy Californian restaurant Meadowood offers modern American dishes in the Napa Valley under the supervision of chef Christopher Kostow who brought three Michelin stars to the restaurant from 2011, while also receiving plenty of awards himself.

The restaurant was beautifully redesigned by George Federighi and architect Howard Backen and after the intense renovation was done the prices also rose to around $750 per person. Obviously, after this renovation, the restaurant became even more popular, and it’s always full right now. 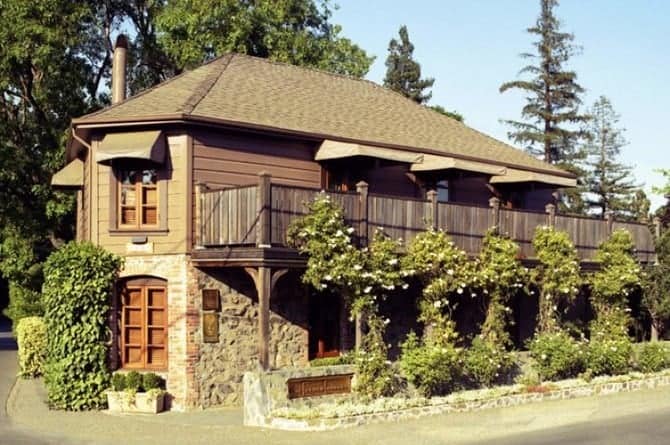 Another incredible restaurant from the Napa Valley, The French Laundry goes for a classical French theme, nestled in a charming building that dates back to 1900. It has three Michelin stars since 2006 and Anthony Bourdain even called it “the best restaurant in the world, period”.

The lead chef is Thomas Keller and the menu rotates to offer a marvelous nine-course tasting menu that is different each day. The food is predominantly French with influences from the contemporary American cuisine, a wondeful mix which leads to specialties like the Cuisse de grenouilles sur un baton, or “frog’s legs on a stick”. 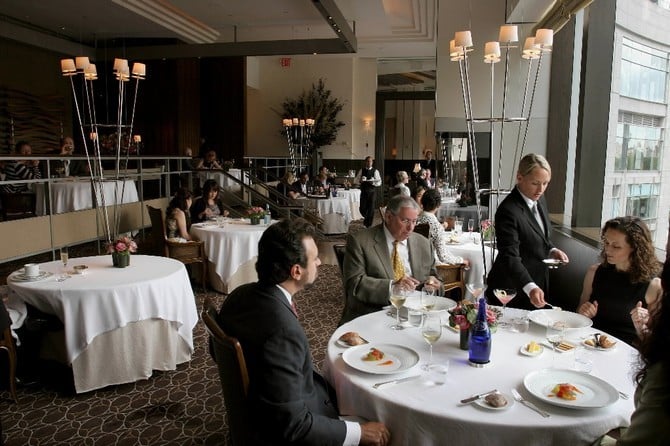 Per Se is another drool inducing restaurant owned by Thomas Keller, located is at the fourth floor of the Time Warner Center and offering incredible views of the Central Park. The restaurant opened in 2004 with a design by Adam Tihany (who took his inspiration from The French Laundry) and under chef Eli Kaimeh, this restaurant also got three Michelin stars. It is the third most expensive restaurant in the world with prices per person of $851. There are two daily prix fixe menus, one of which is vegetarian, and you will have to pay extra for luxury ingredients such as foie gras or truffles.

Although it only has two Michelin stars, the Urasawa restaurant is impressive due to its large choice of dishes and space for only ten persons. The head chef here is Hiroyuki Urasawa, who trained under Masa Takayama, and this is actually the place where Takayama had his Ginza Suchi-ko restaurant before but eventually gave it up to open Masa in New York.

You’ll enjoy here a changing 30-course omakase (meaning “I’ll leave it to you” in Japanese) menu for which you will have to pay $1,111. 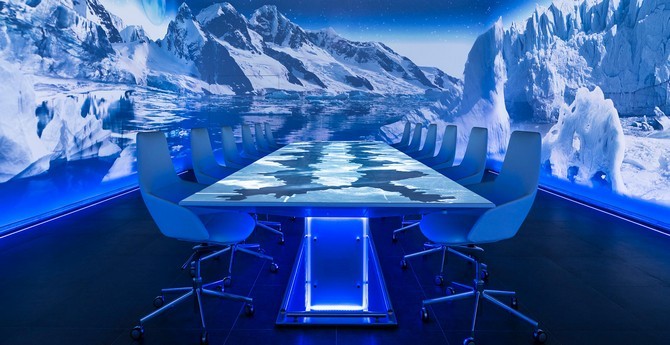 The unique restaurant concept Sublimotion has only 12 seats and will charge $2,078 a person for the one of a kind dinner with 20 courses. The menu combines food with art and technology under the careful attention of the Michelin-star chef Paco Roncero.

The head chef described the restaurant as “radically different” and since it is located at the Hard Rock Hotel in Playa de Bossa it combines the atmosphere of the island with the minutest attention to details when it comes to the dishes. The humidity and look of the environment itself is adjusted for each meal to ensure perfect conditions for each of them and thus a tasting experience that could hardly be equaled.

Tags:
Previous Article
Italy’s Own Hotel le Fontanelle Is all kinds of Amazing
Next Article
SWM Motorcycles Are Making A Comeback after 30 Years