18 Texas Bourbons You Will Surely Love 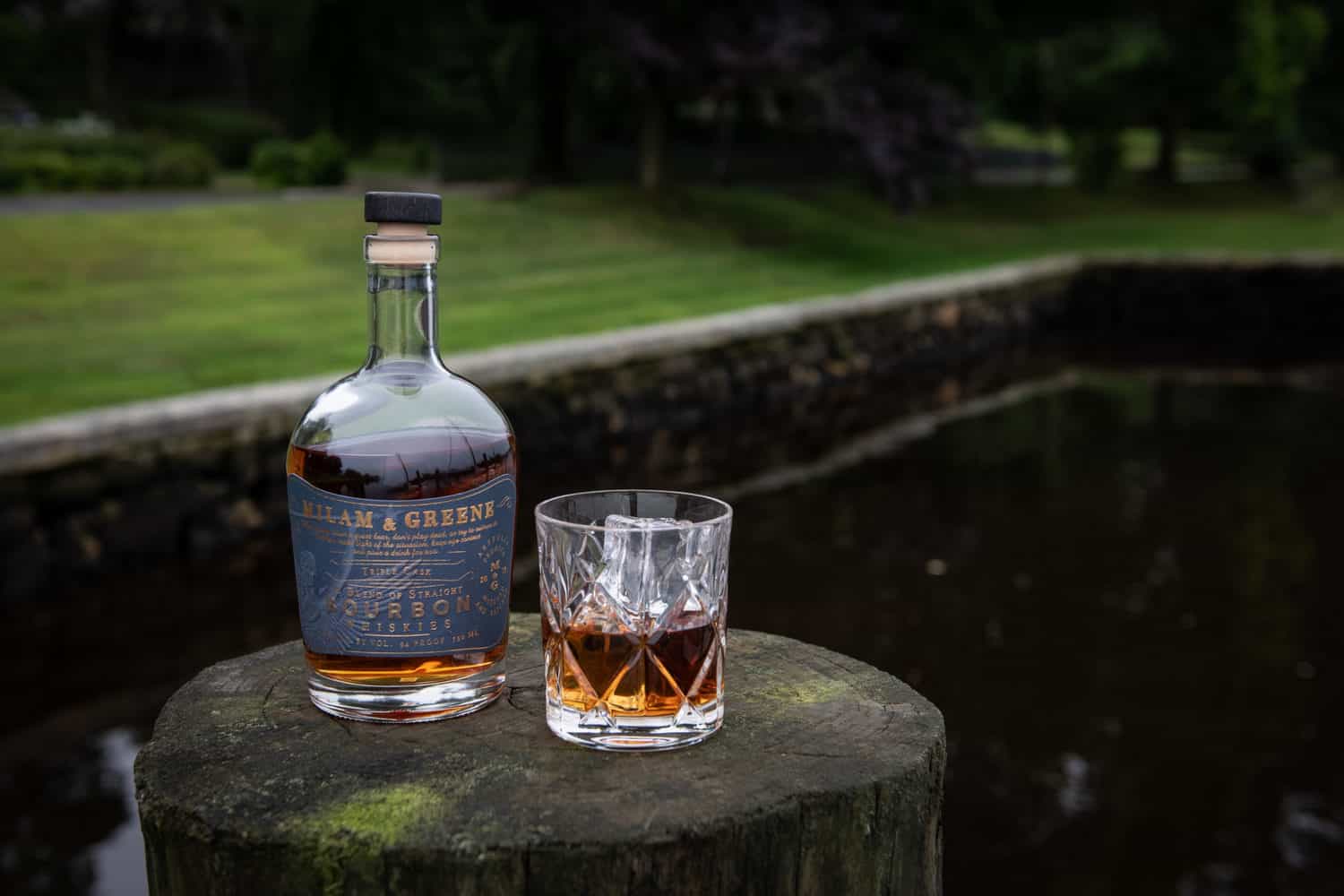 Despite the long dominance of Kentucky and Tennessee over the American whiskey market, there’s a new player in the industry, one that comes with unsubdued boldness, an outlaw spirit, and some of the best bourbon whiskey you could get your hands on today.

That novel player is Texas, with over 130 spirits distilleries on its territory and a climate that the Bourbon County in Kentucky could only envy.

There’s nothing wrong with the bourbons that come from Kentucky, or other states like Tennessee, but they’re not the only fine bourbons in the United States. Texas is also home to some fantastic offerings of this traditional American spirit, despite that its first legal distillery opened less than 20 years ago.

What makes Texas advantageous is its hot and dry climate, with extremely high temperatures throughout the year, allowing bourbon to be aged for two years to achieve the same results that Kentucky gets in at least four.

Texas bourbon whiskey presents itself as big and bold in flavor, with a big proof as well, a result of the heat and humid environment across the lone star state. We’ve rounded up the best of the best bourbons coming from some of the most brilliant distilleries in Texas, and we’re more than sure you’ll love them. 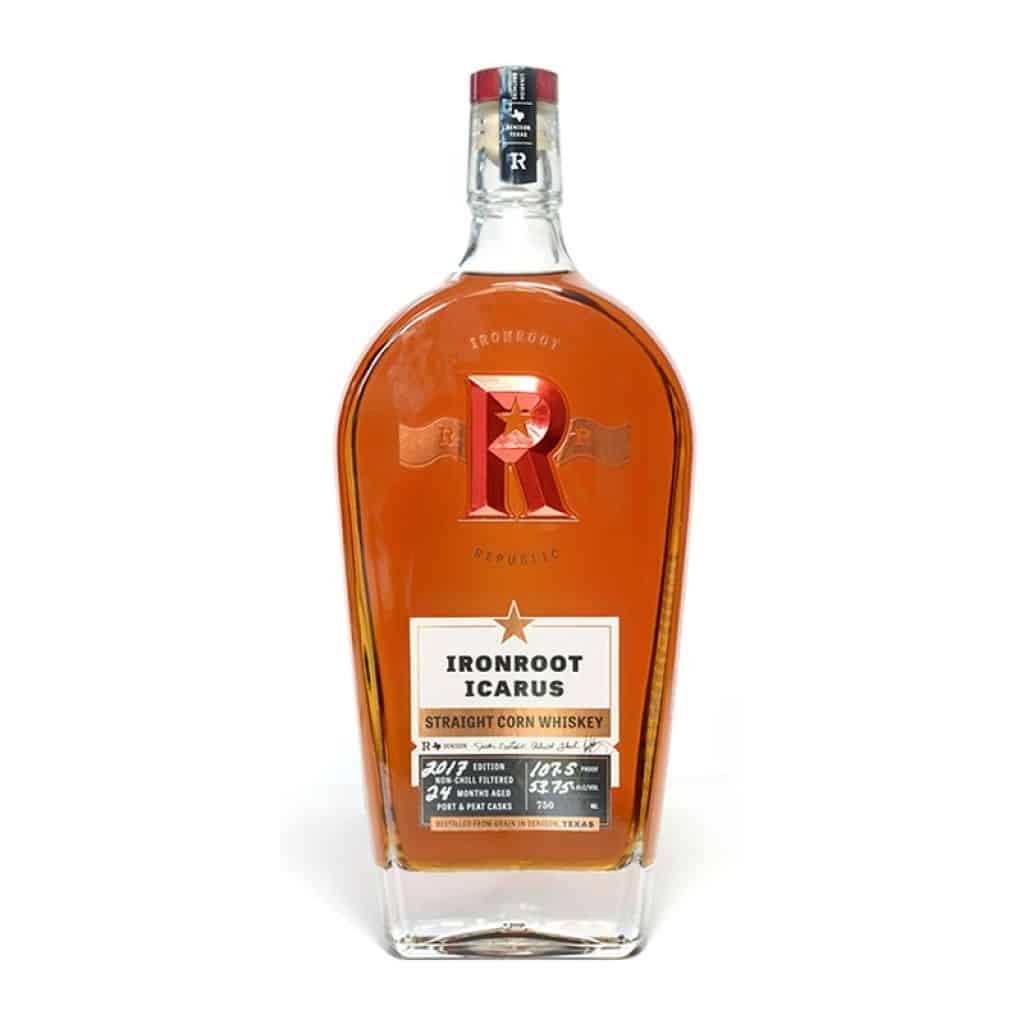 Showcasing the combination of Texas’ good soil, perfect climate, and extreme sunlight available throughout the year, the Ironroot Republic distillery has come forward with their Icarus Straight Corn Whiskey, made from non-GMO grains.

Depending on the corn type, the results are different. For the Icarus they’ve used Denison grown grains combined with heirloom purple, red flint, and yellow dent corn, creating in the end a bold, punchy and strong spirit.

It’s first aged in oak barrels, a second year in peated barrels that previously held scotch and then port wine barrels, giving it an earthy and forest like smokiness, with flavors of fruits and caramel. 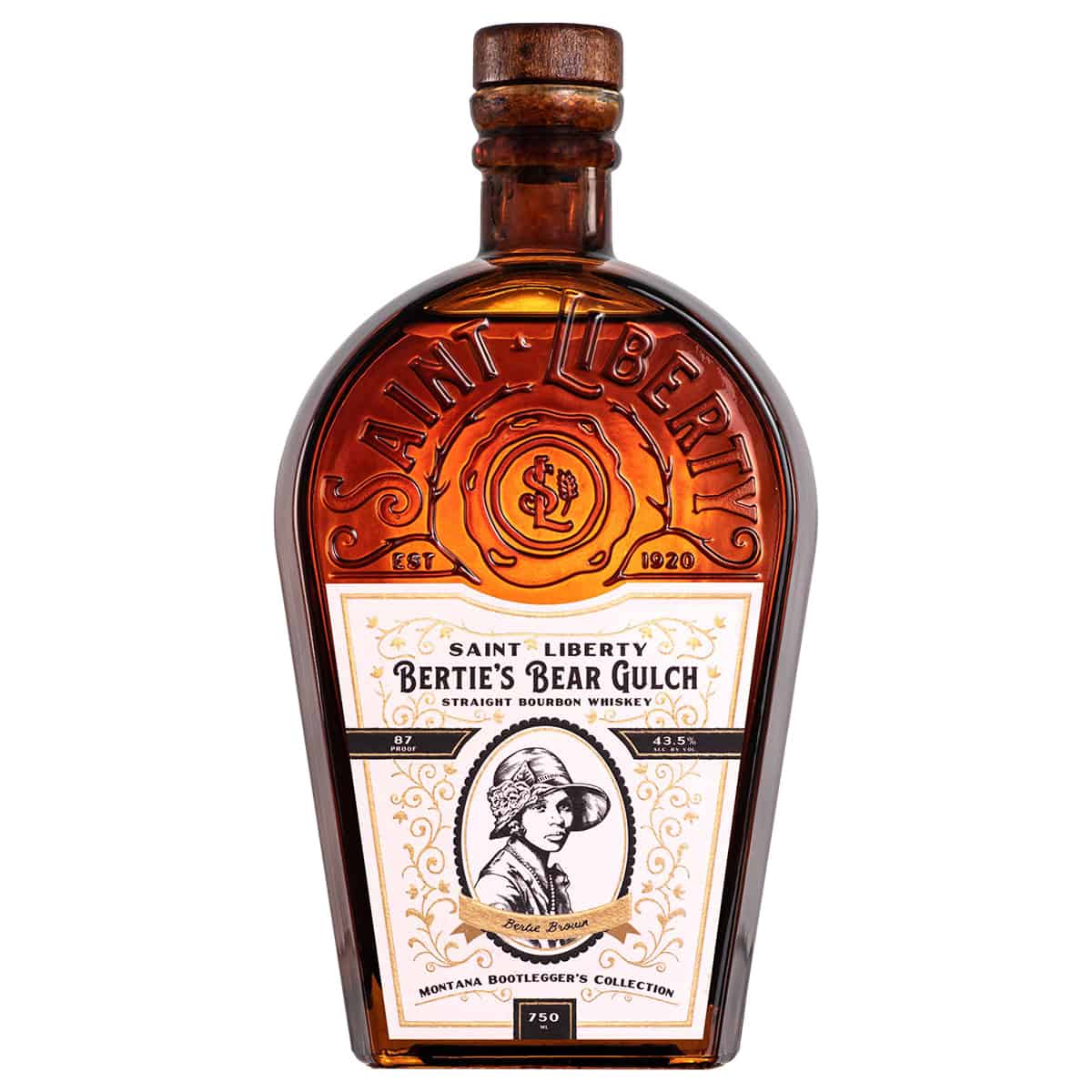 With a rich history behind them, the Saint Liberty distillery rises to high expectations. Their Bertie’s Bear Gulch Straight Bourbon comes in bottles with a design that draws inspiration from the antique bottles of the early 1900s.

The bourbon presents itself with a sweet nose with hints of stone fruit and orange. The taste continues with dark molasses and caramelized vanilla, subtle notes of burnt brown sugar, and apricots, rounded by a touch of smoke at the end.

It’s got a nice amber color and a peppery smoothness to it that makes it a good fit for cocktails. 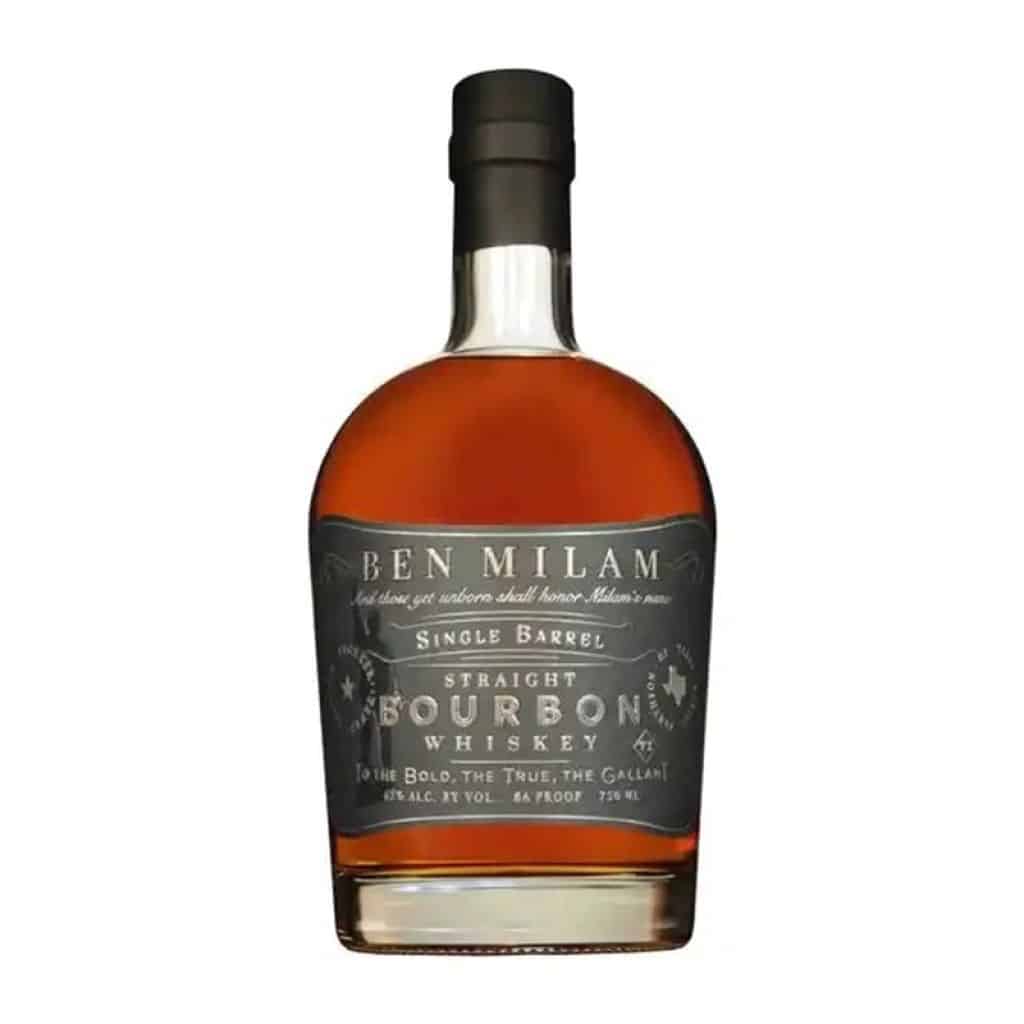 Ben Milam’s Straight Bourbon Whiskey backs up the catchy slogan “To the bold, the true, the gallant.” with its smoothness and magnificent complexity.

It’s an award winning, small batch, and carefully selected bourbon that can be sipped straight or on the rocks, but it also does wonders in cocktails. 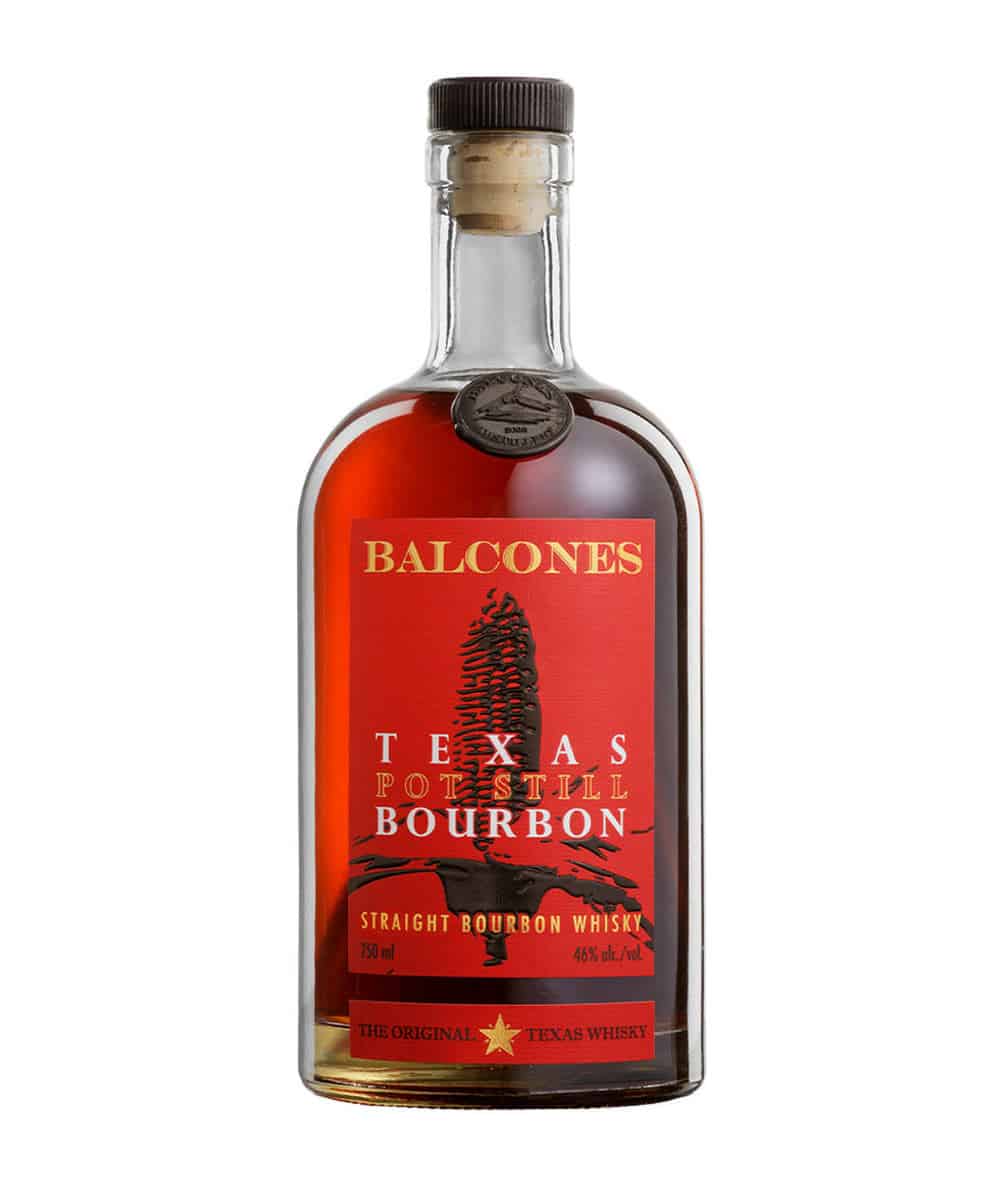 The Balcones Texas Pot Still Bourbon brings a rich and vigorous character to the table of the best Texas bourbons. It’s a blend of roasted blue corn, Texas wheat, rye, and malted barley, aged for two years, and non-chill filtered. 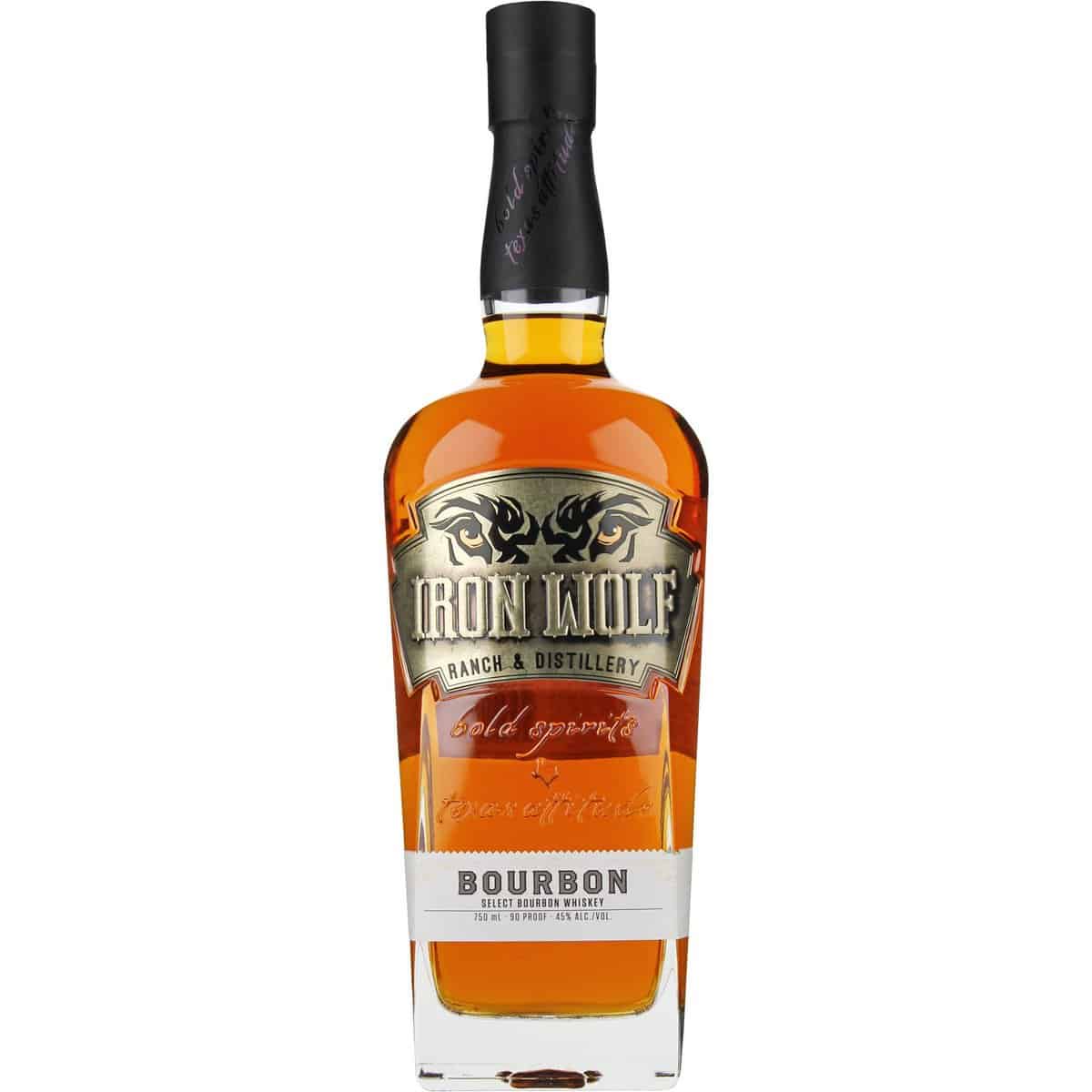 Iron Wolf Ranch and Distillery is a relatively new distillery, founded only in 2013, but it has already released several award winning spirits, one of them being the Iron Wolf Select Bourbon.

It’s a small batch bourbon with a high rye content aged between three and five years. It comes with an interesting spiciness to it, a rich aroma and flavors, and a complex finish.

Opening the bottle will let you feel a deep caramel aroma and vanilla hints, and a sip comes with sweet caramel, vanilla and that spiciness of the rye. It’s one of the best Texas whiskies, recognized as such by the American Distilling Institute. 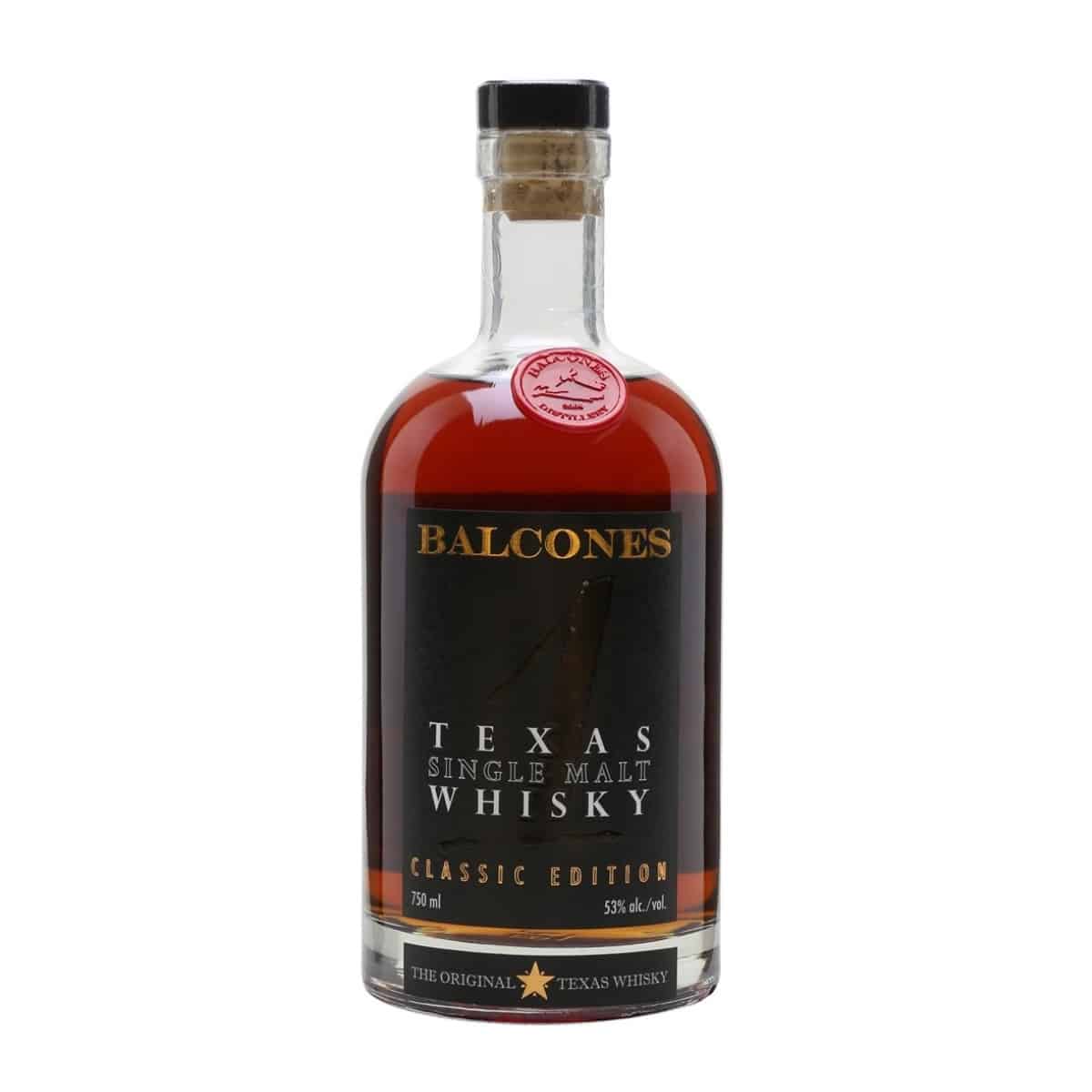 Another one of a kind spirit from Balcones, the Texas Single Malt Whisky, is made through century old distilling techniques.

The nose is full of freshly baked banana bread, with slight notes of vanilla and honey. The palate comes with fresh butter and marmalade that further gives way to baked pears and apples.

The finish is long and comes with notes of burnt sugar, rich malt, and wood. 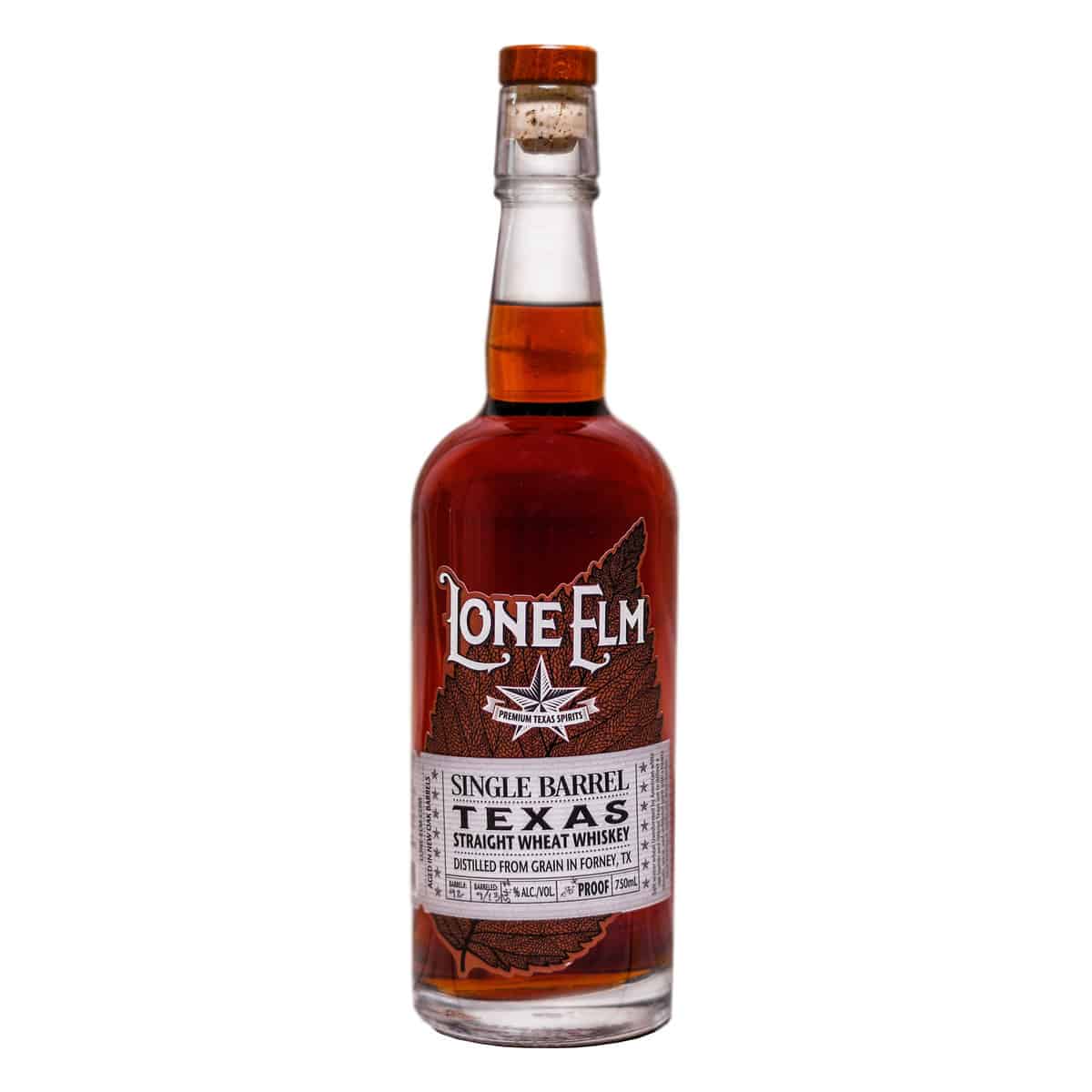 Everything continues on the palate with a superb sweetness from chocolate peanut and brown sugar, and a peppery spiciness, and notes of earthy oak and pine needles. 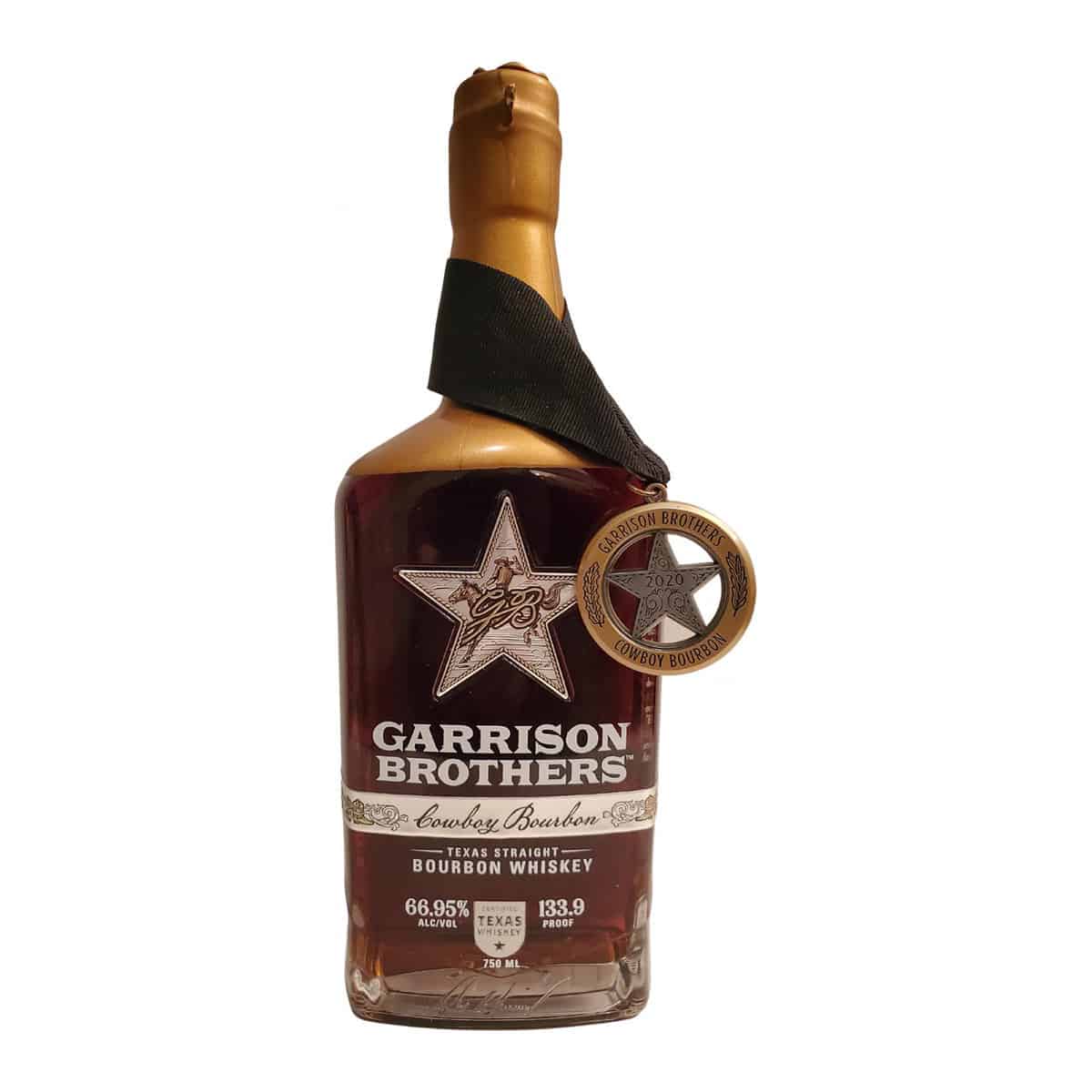 Among the most expensive bourbons, costing $250 a bottle, we’ve got the Garrison Brothers Cowboy Bourbon. It’s an uncut and unfiltered whiskey in its purest form, carefully selected by Donnis Todd and then set aside for several more years of maturation.

The Garrison Brothers Cowboy Bourbon could be considered the liquid gold of Texas whiskeys. It’s the closest thing to perfection and its price is simply a reflection of that.

On the nose there’s a sour mash and sweet pipe tobacco, and the palate brings toffee, cherry, and vanilla. This is 135 proof, so not for the faint of heart. Despite the extremely high price tag, the batches sell quickly, which means only one thing. It’s well worth those $250. 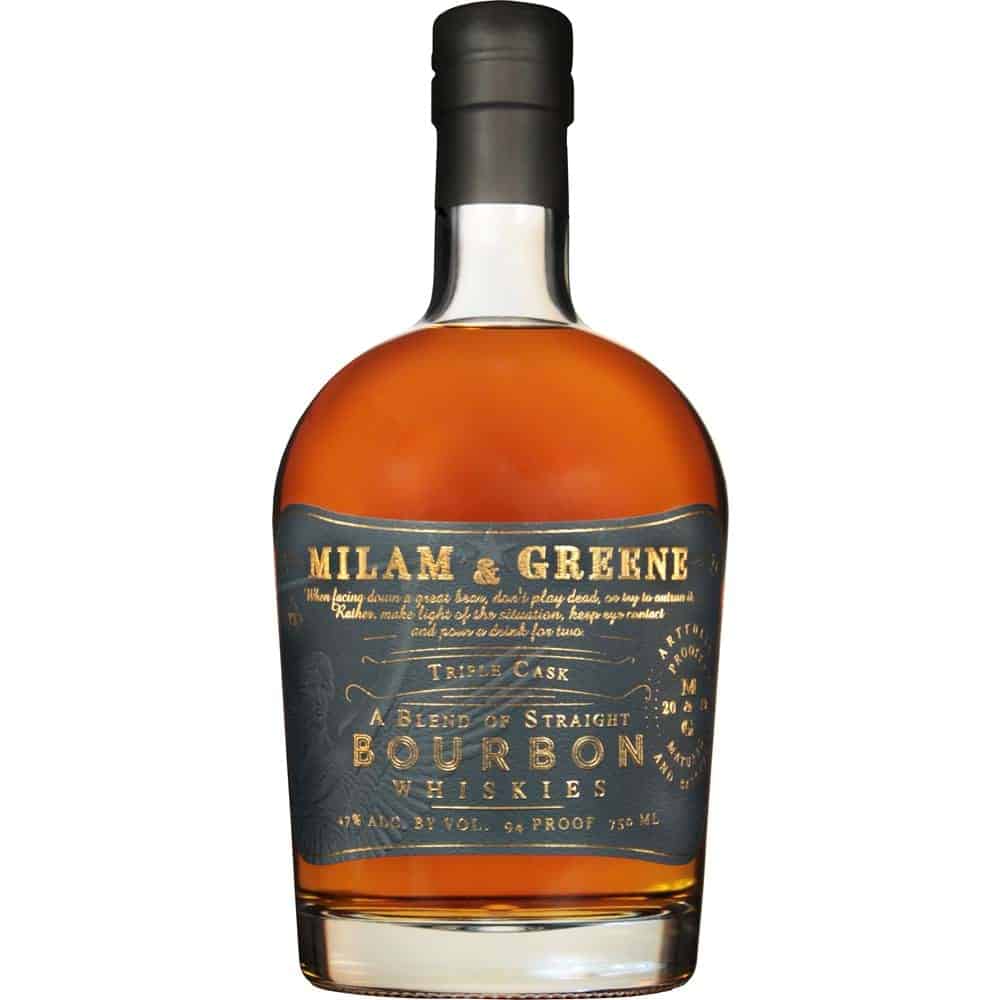 Milam & Greene was founded only in 2017, by Marsha Milam, master blender Heather Greene, and master distiller Marlene Holmes, in the Texas Hill Country. Their methods and techniques include copper pot distilling in Texas and continuous column distilling in Kentucky.

The results speak for themselves, with their Triple Cask Bourbon being a unique blend of a two year old Texas bourbon, a four year old Kentucky whiskey, and a ten to eleven year old Tennessee whiskey, mixed together to create one of the most impressive bourbons in the world.

It’s got a golden color, with vanilla and apple hints on the nose, a soft and creamy texture on the palate, finishing with caramel and cocoa powder. 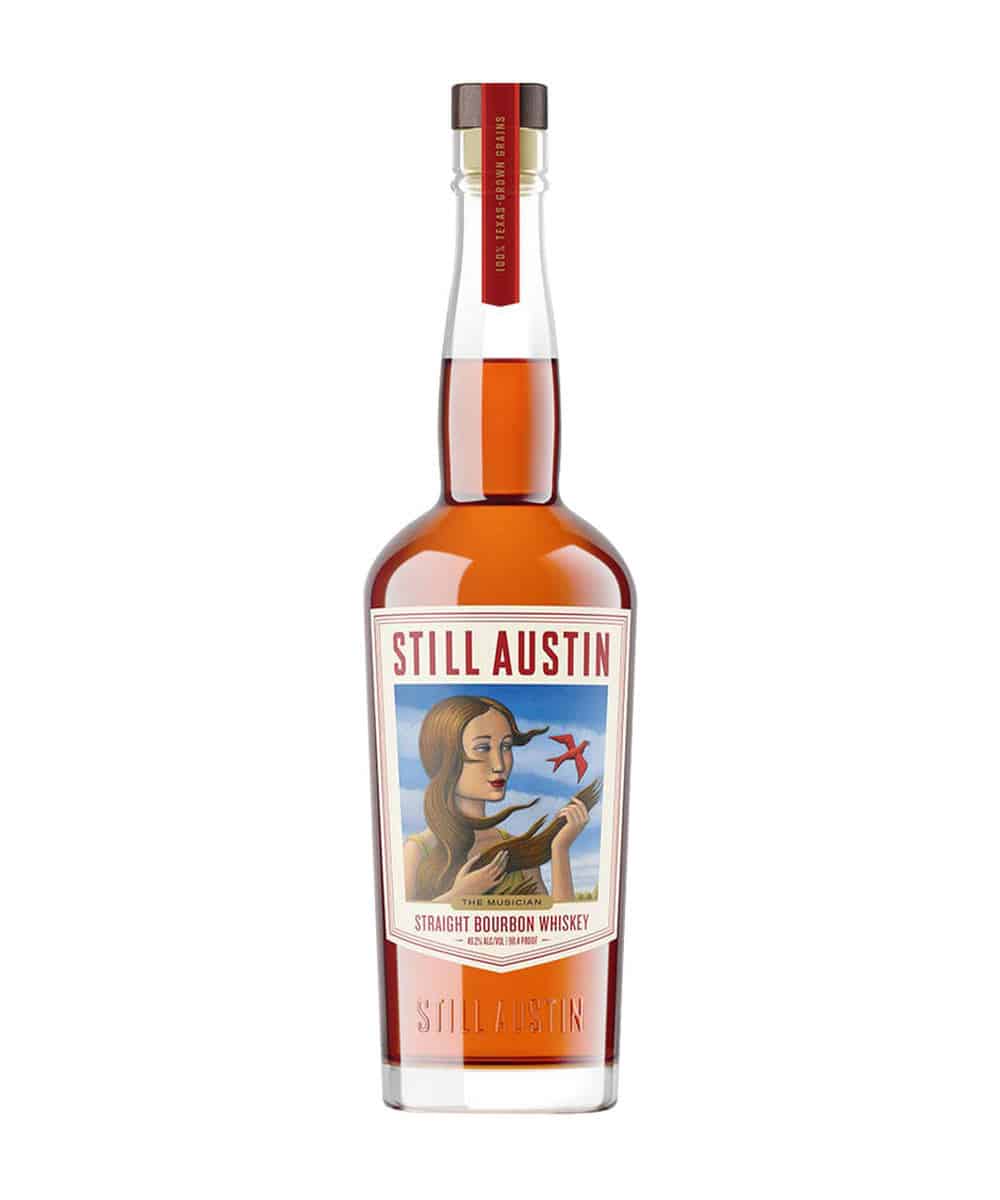 Still Austin is the first whiskey distillery in the state’s capital and one that quickly gained a following, becoming many whiskey drinkers’ favorite producer. They use only Texas grains grown locally, and they produce everything on site, including their still, called “Nancy”.

Their signature whiskey, The Musician Straight Bourbon, comes with a mash bill of chef-grade corn, rye, and malted barley, giving it a sweetness mixed with a little bit of spiciness from the rye. It’s aged for only two years, but the end result brings rich flavors.

The nose has a rich sweetness, with aromas of vanilla, sugared strawberries, maple syrup, berries, banana bread, and toasted marshmallow, and the palate brings honeysuckle, orange blossom, and chocolate covered cherries. The finish completes everything, giving you the feeling of “music in the bottle”.

Another very good bottle from the Garrison Brothers, the Small Batch Bourbon is dark colored, with a musty nose with aromas of honeycomb and roasted red apple, and an earthiness completed by flavors of cinnamon, gingersnap, pecan nuts, finishing with caramel and vanilla.

It’s a premium 94 proof bourbon that obtained a score of 97 points at the San Diego International Wine & Spirits Challenge. 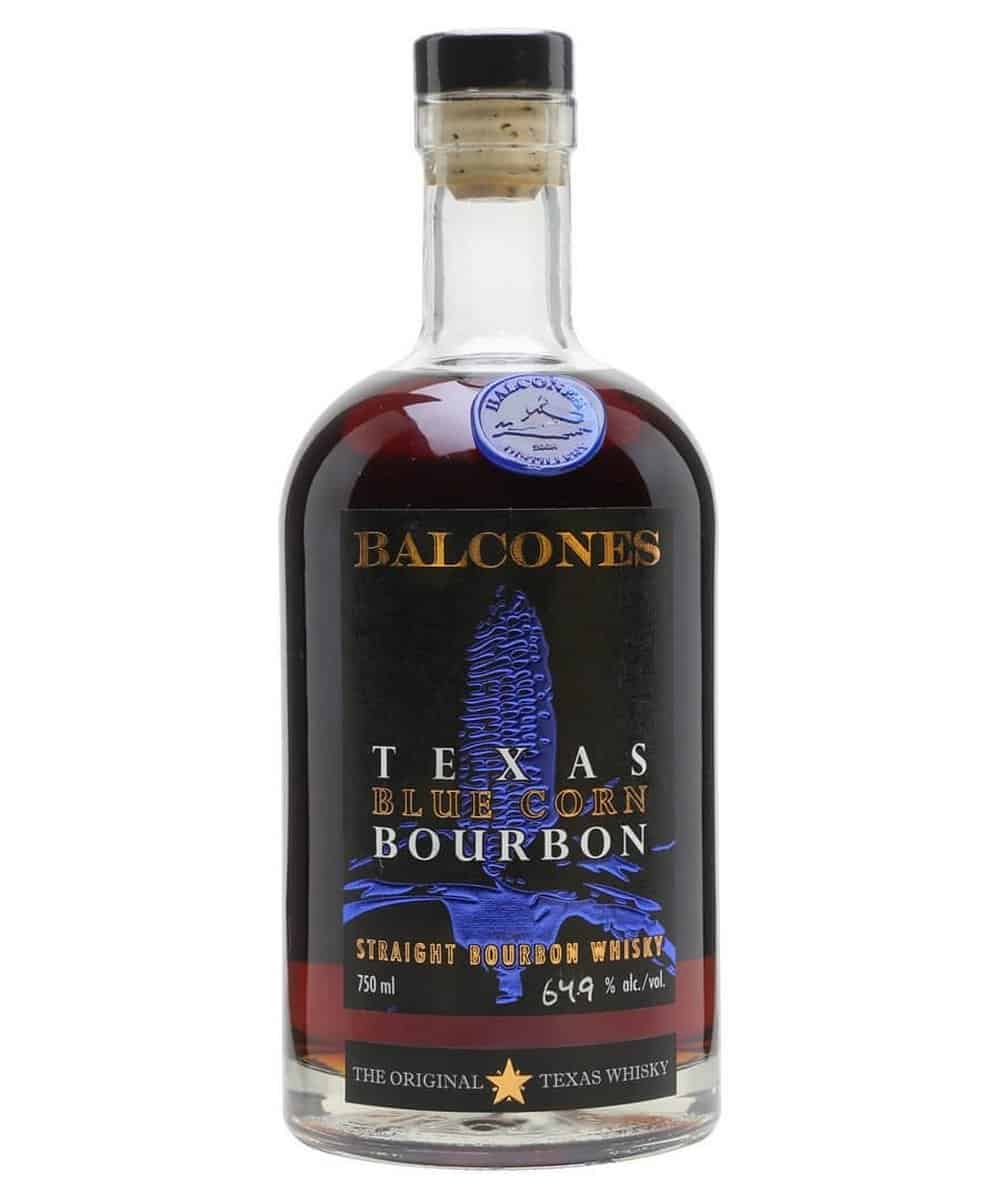 The Balcones Texas Blue Corn Bourbon is 100% made in Texas from grain to glass, using only Texas grown and highly cherished roasted blue corn as its base. The result is a 64.9% ABV, a potent and bold spirit with a long finish that’s best enjoyed on its own, neat or with a few drops of spring water.

It’s got a wonderful spiciness to it, with notes of caramel, candied orange peel, and toasted marshmallow. The bourbon is among the most awarded in Texas, and that only tells us it’s the real deal. 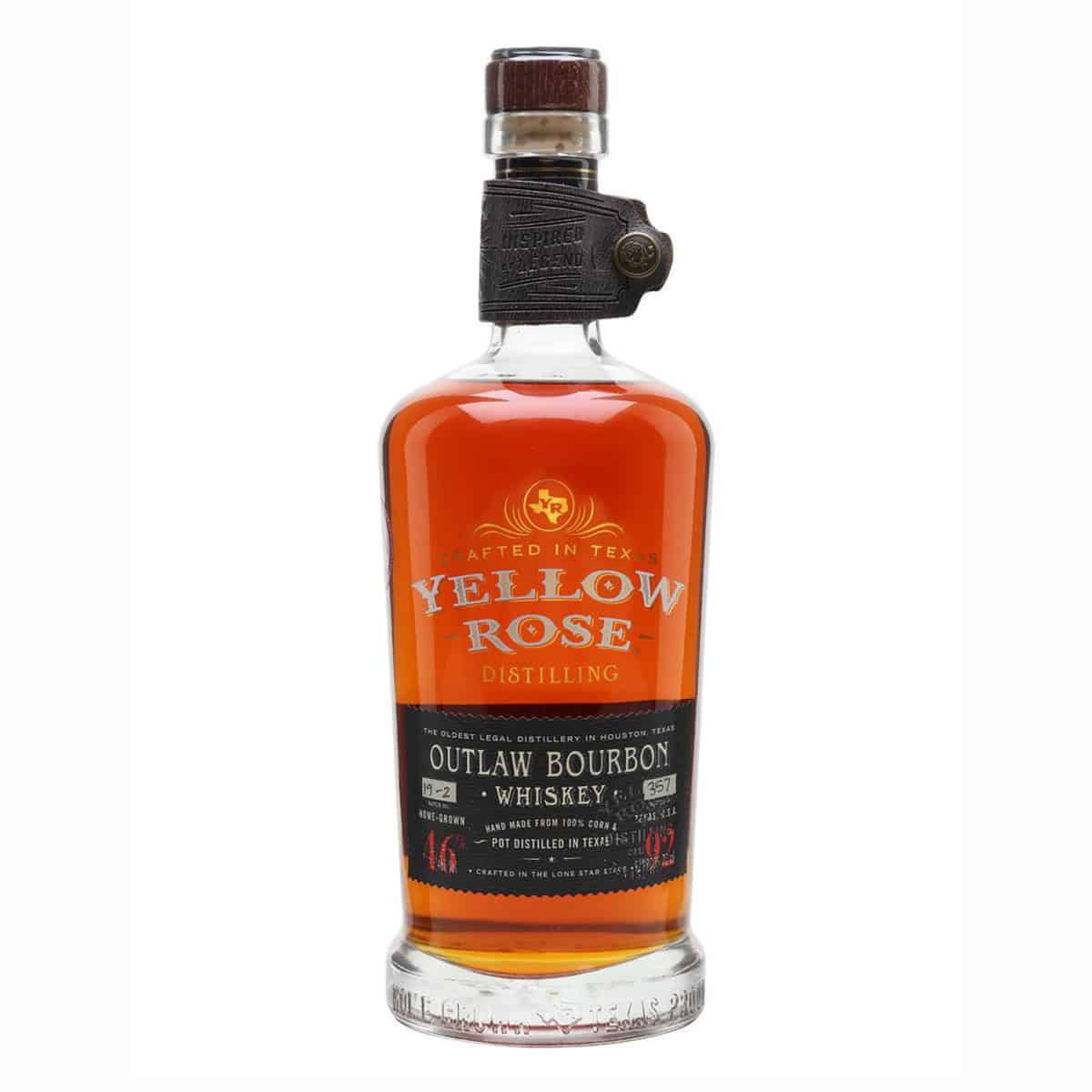 Yellow Rose Distilling Company’s Outlaw Bourbon is made in the heart of Texas from 100% Texas grown yellow corn with no additional malted barley or rye added to the mix, and aged for only half a year, breaking away from traditional norms. It’s not called Outlaw Bourbon for no reason.

The high temperatures of Texas, combined with small American oak barrels, allow for a rapid maturation process. The result has very pronounced hints of charred oak, with a caramel and vanilla nose, and sweetness and oak barrel flavors on the palate. The finish brings back the vanilla and adds a little bit of caramel. 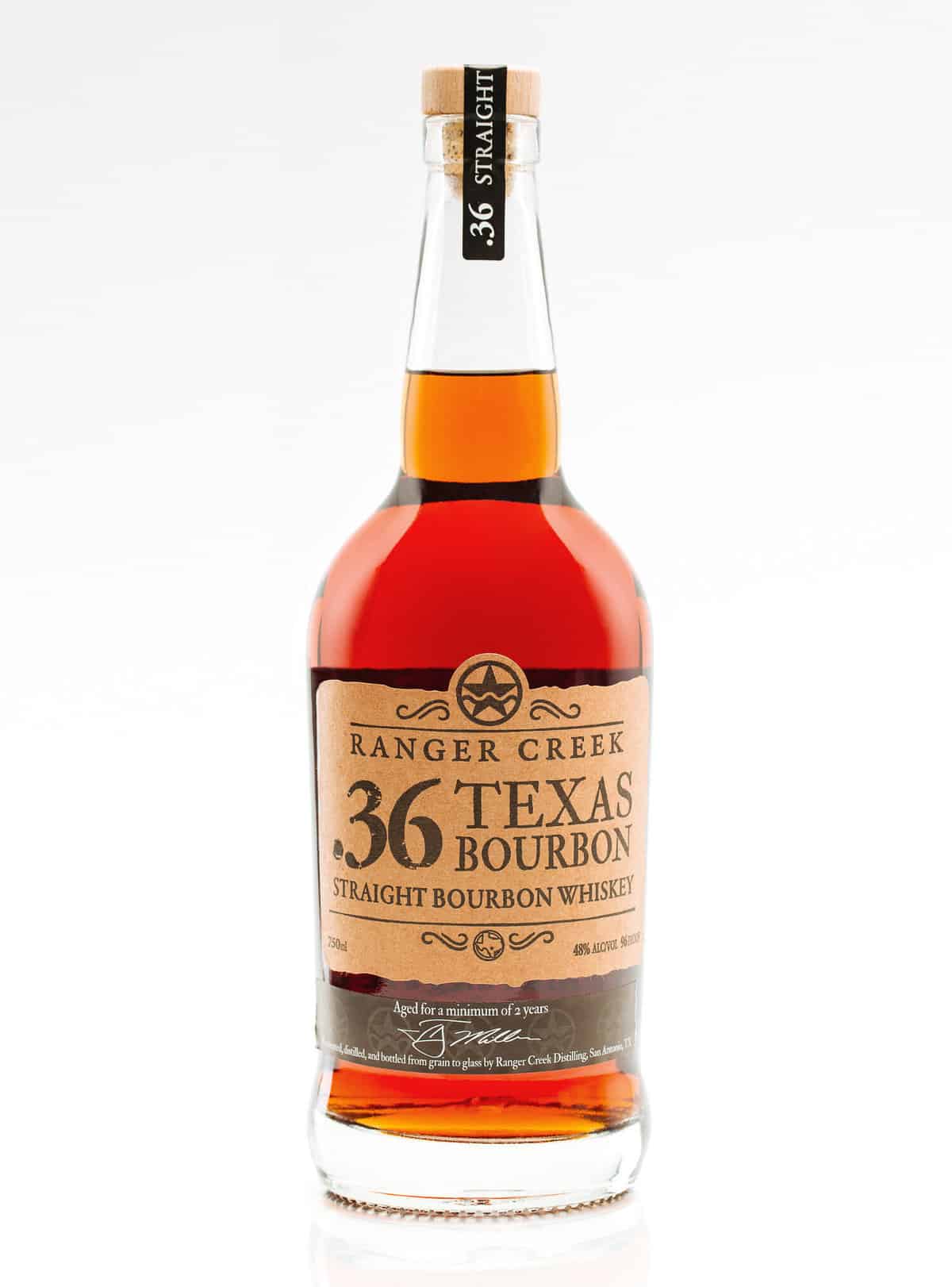 The Ranger Creek .36 Texas Straight Bourbon is another award winning bourbon, the flagship of the distillery. They use corn sourced from local farms in Texas, and age it for at least two years.

The final drink has a thickness similar to maple syrup, has a slightly higher alcohol content than most spirits, and comes with notes of light cinnamon, mellow caramel, and butterscotch, with a nose of brown sugar, grape, berries and vanilla.

It’s an iconic drink that has won many awards but its price tag keeps it well in the affordable range. 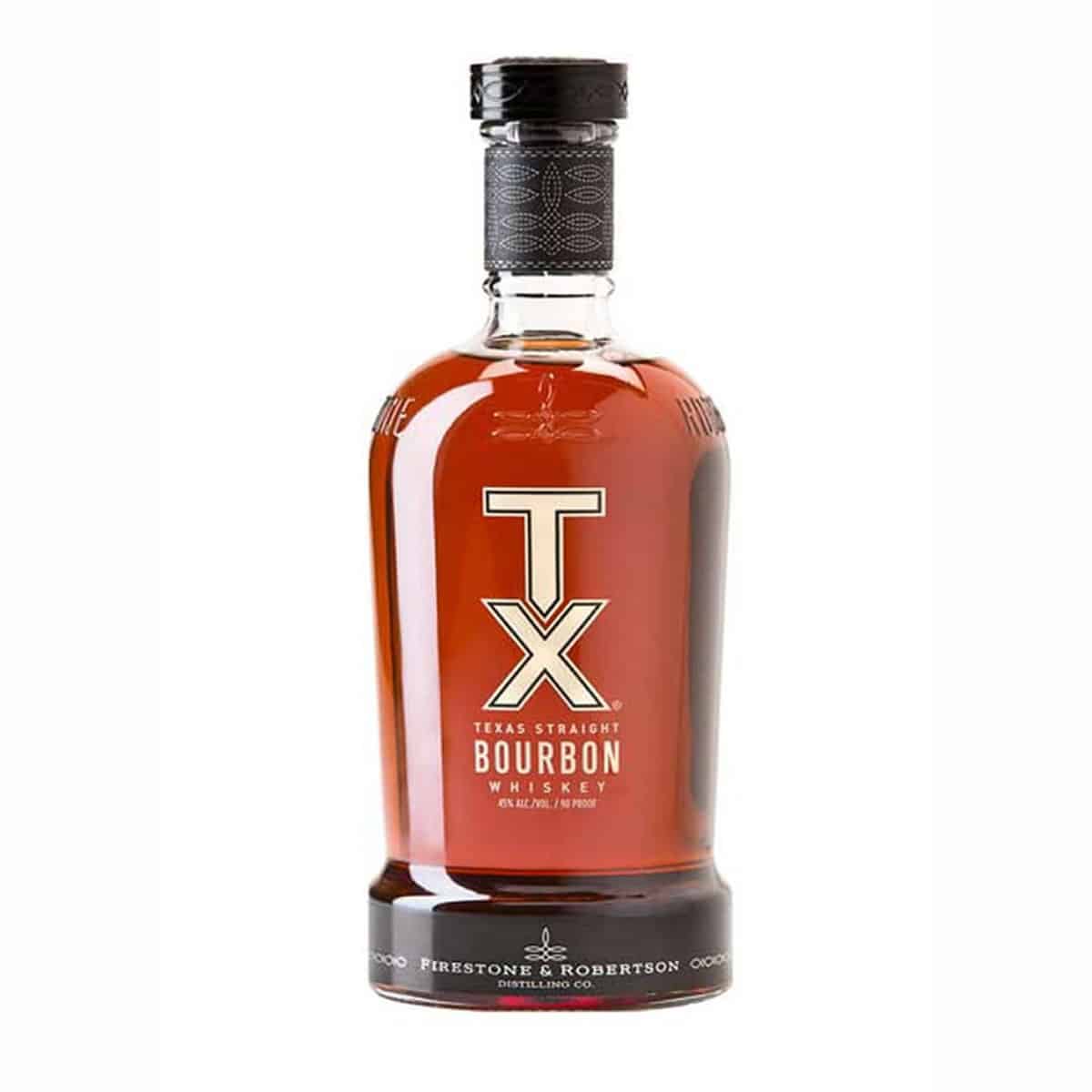 Crafted from a unique yeast, a proprietary strain owned by Firestone & Robertson Distillery Co. made from locally sourced Texas pecan nuts, the TX Straight Bourbon is a complex and dynamic bourbon, a must try for any fans of the Texan spirits.

The recipe includes yellow dent corn and soft red winter wheat and the aging process stretches on for four years. That gives it a creamy texture and a rich taste of pecan pie, brown sugar and peppery spice, with fruity notes and toasted oak on the nose and a long finish with darker fruits, chocolate syrup and black cherry. 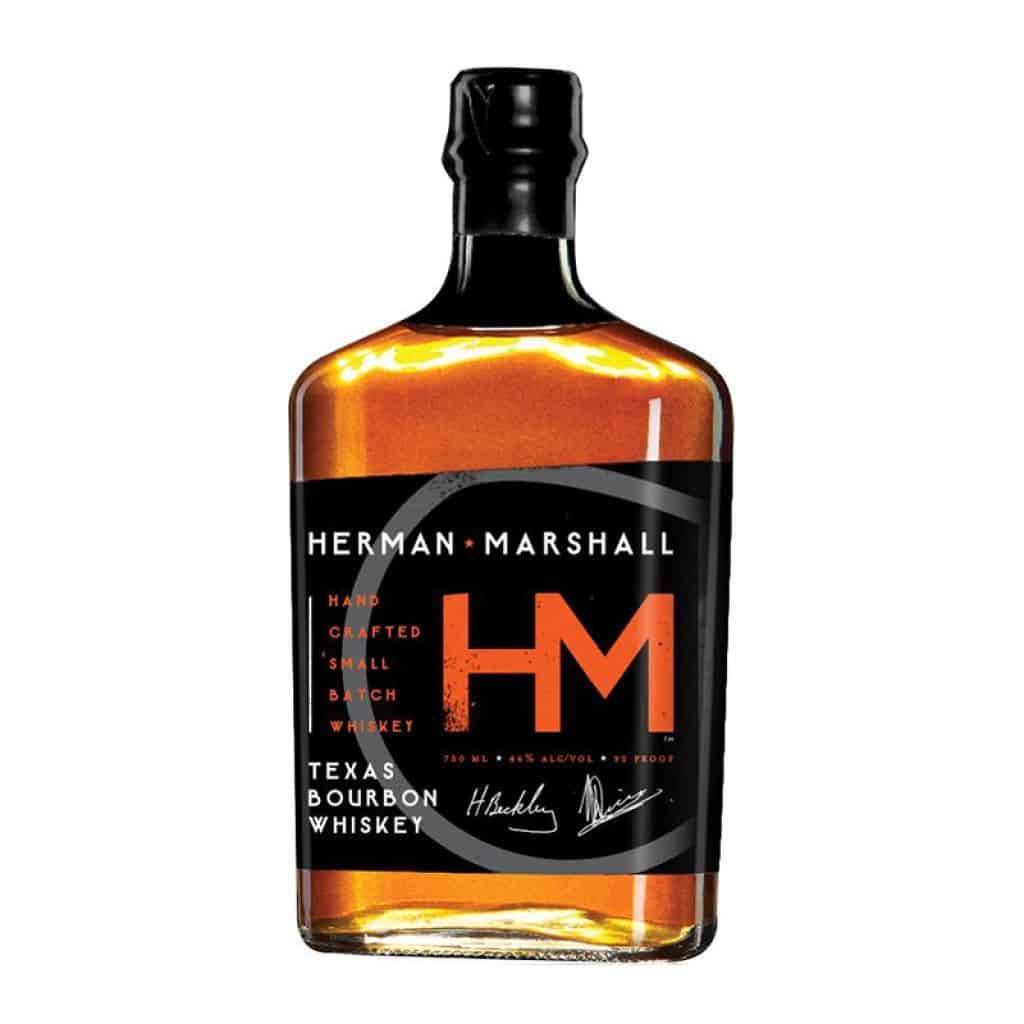 Crafted from 77% Texas corn and 23% malted barley, the Herman Marshall Texas Bourbon comes with a smooth, rich and refreshing taste, one that quickly became a favorite of many seasoned veterans.

The centuries old techniques used bring out an intense complexity and straightforward character, with light caramel, ginger bread and apple on the nose, and flavors of honey and sweet spiciness, before finishing with a lingering sweetness. 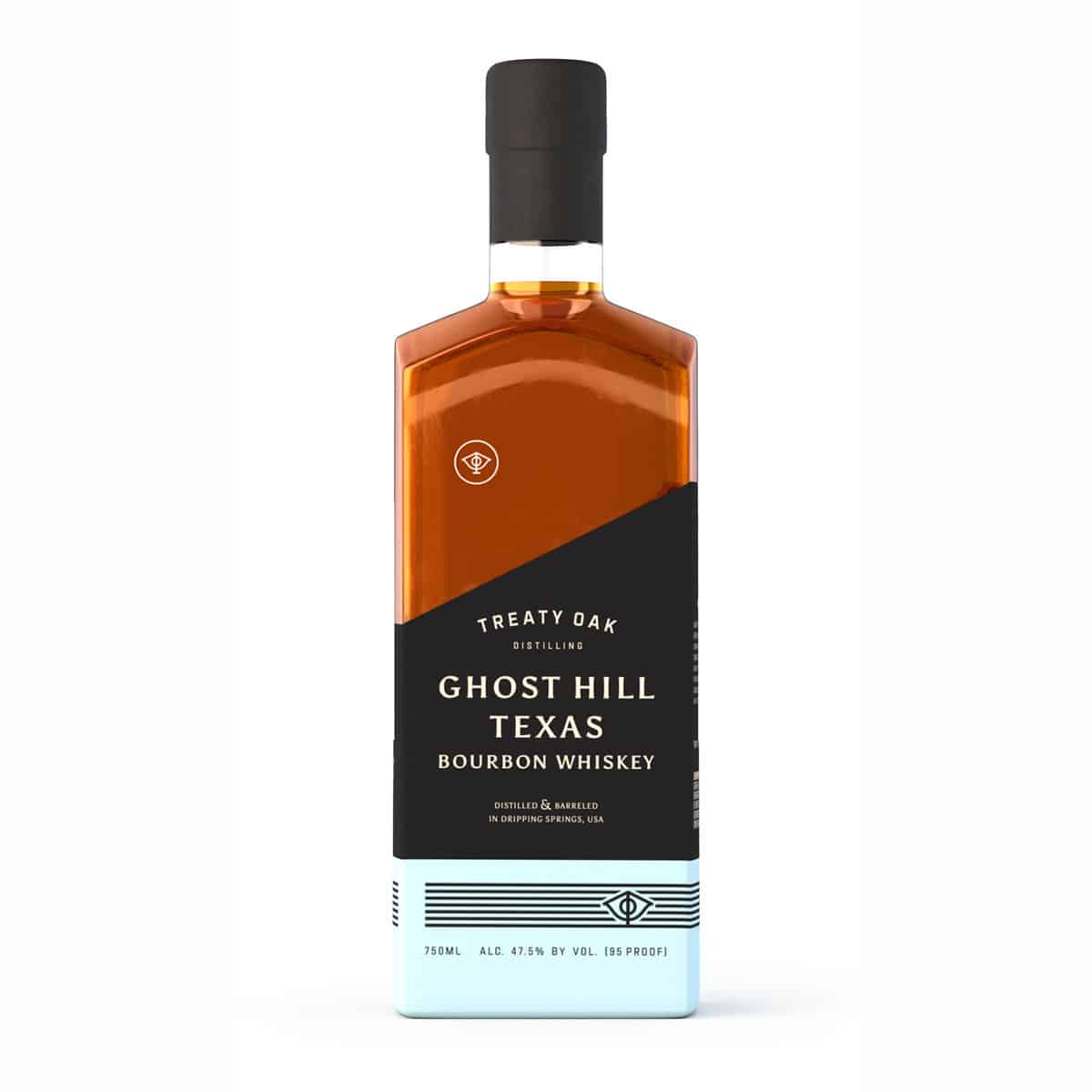 Another 100% grain to glass bourbon crafted from local Texas grains, with a mash bill of 57% corn, 32% wheat, and 11% barley, and aged for two years in American White Oak Char 3 Barrels, the Treaty Oak Ghost Hill Texas Bourbon embodies the Texas’s character more than any other bourbon.

It features an earthy, herbaceous note that blends nicely with the butter biscuits, caramel, honey, and rich wood flavors on the palate.

The uniqueness of this bourbon makes it an excellent choice for serving with spicy dishes. 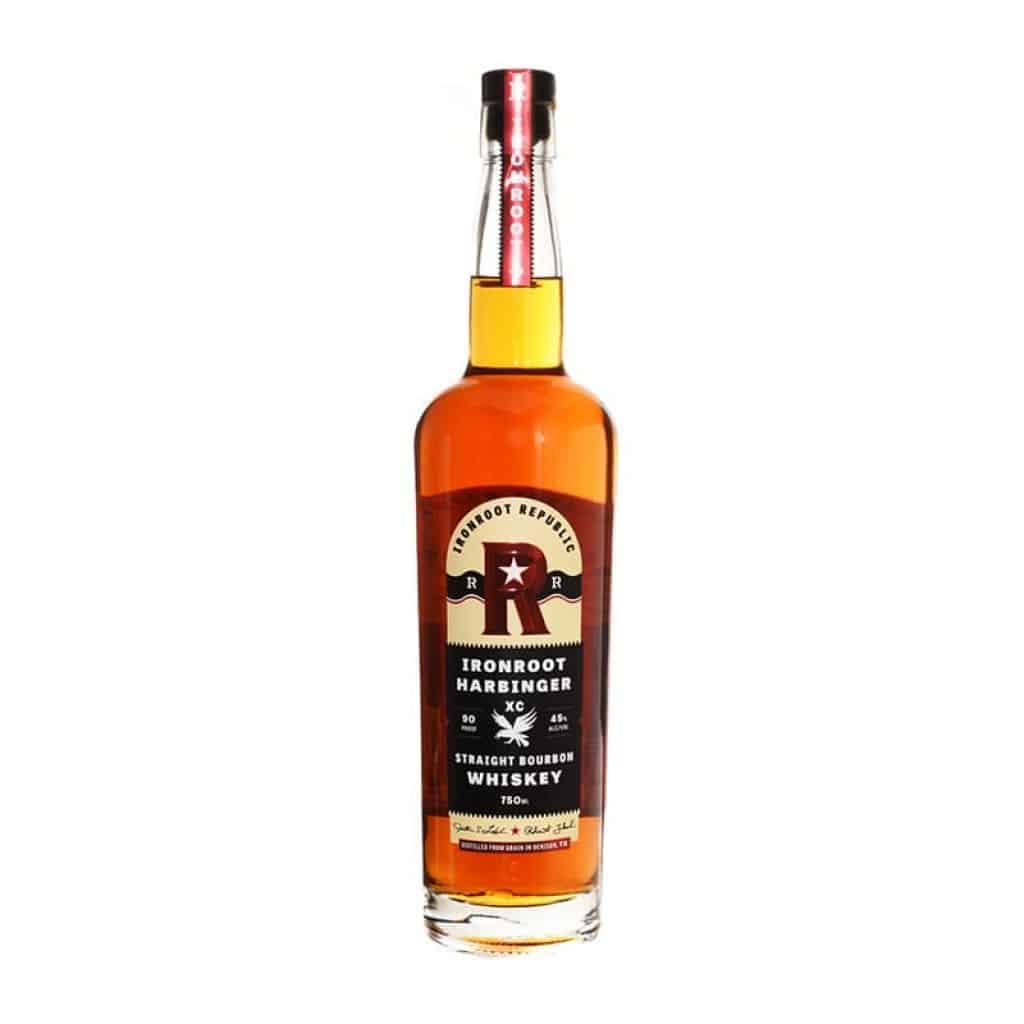 The Harbinger Bourbon is Ironroot Republic’s signature whiskey, a six time gold winner and one which got the 2020 World’s Best Non-Kentucky Bourbon at the World Whiskey Awards. For the connoisseurs, it needs no introduction.

It’s a non-chill filtered whiskey with a mash bill of heirloom corn stocks and rye, aged for less than three years in American and European virgin oak casks. The 115 proof bourbon brings a nose of red fruits, maple syrup, and orange marmalade, and continues with a spicy earthiness.

It may not be for the fain hearted, but it surely is a bourbon worth trying at least once in your lifetime.

Here you go. The best bourbons born in Texas, many of them multiple award-winning, some too strong for the faint of heart, but all of them delivering some of the most complex and impressive flavors and aromas.

Tags:
Previous Article
The 25 Best Restaurants in Las Vegas in 2022
Next Article
These Are The 15 Best Man Purses of 2022