Home ‣ Fashion ‣ Teodora is the Largest Emerald in the World

Teodora is the Largest Emerald in the World 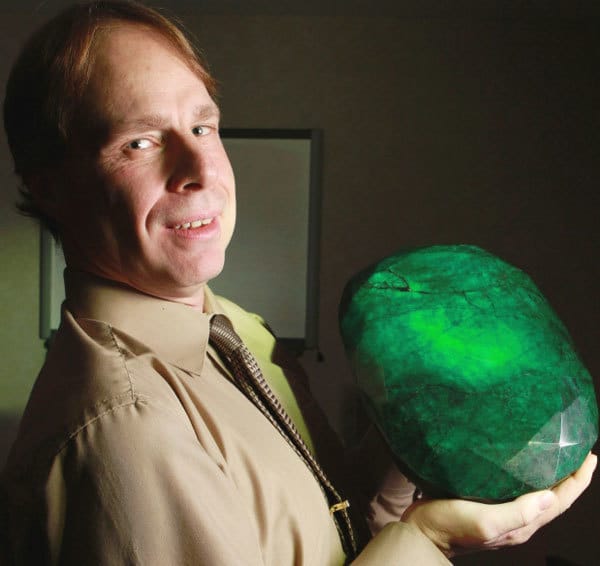 The world’s biggest ever emerald cut with facets and the 5th largest emerald ever found, Teodora (stands for God’s gift) was discovered in Brazil and cut in India. It weighs a whopping 57,500 carats – 11.5 kg and measures 12 inches in length, his value being estimated somewhere at $1.15 million.

The most curious thing about the piece is that it was purchased through e-mail by Regan Reaney, a rare gems dealer from Canada and the stone’s current owner. Furthermore, Reaney had been confirmed by three gemologists that it’s a genuine, treated emerald. The owner of Premier Gems, Jeff Nechka, declared he was skeptical at first, just because it is such a rare thing that a precious stone as big as this is found.

Though, he said, the process of validating it was pretty difficult and demanded a lot of attention and fine maneuvering, it finally got the green light. There’s currently no certification from GIA (Gemological Institute of America) to certify the stone as genuine and hadn’t been died or undergone any artificial changes except cutting, but Shane McClure, director of West Coast Identification Services for GIA’s laboratory declared that although he hasn’t seen the emerald yet, the future buyer has his own independent appraisal.

On the other hand, The Calgary Herald has been told that Chris Dirken, gemologist as well, had bought a 23,000-carat emerald from the same dealer as the 57,500-carat one, but it proved to be a dyed white beryl. He also declared that right before Reaney bought the emerald, Dirken saw the piece on eBay.

Now, that’s suspicious, but Reaney dismisses all the injurious comments on the stone and puts forward the 100% genuineness of the emerald, accusing the other gemologists to be “jealous”, also inviting them at the auction to do their own particular examinations. 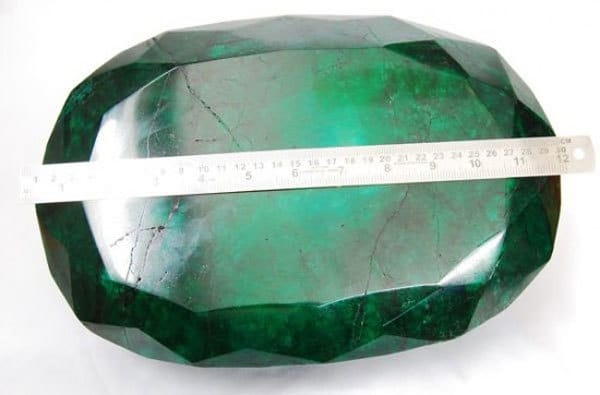 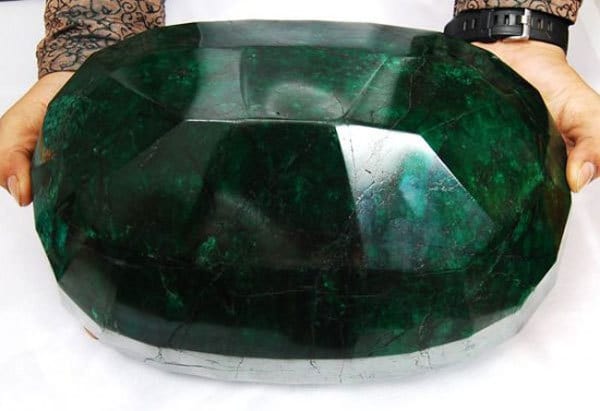