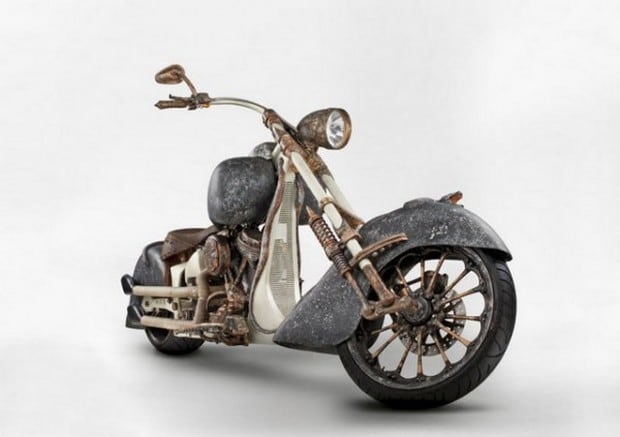 At the first glance, Tarhan Telli’s latest bike may look like a regular, dusty bike, if you get the chance to come across it on the streets. Sadly, the chances to cross paths with it are dazzlingly low, because what we have here is the most expensive motorbike in the world.

The Turkish two-wheeler enthusiast had officially presented his work during the first week of June 2013. The humongous price is due to the humongous amount of gold is has been garnished with. Even though the accurate price hasn’t yet been disclosed, experts said it is worth $1 million in gold alone. It had taken the man in excess of one painstaking year to manufacture the bike.

Performance-wise, it delivers a max 125 HP out of the 1,801 cc v-twin engine and sends the horses to the wheels via a 6-speed transmission system. It tips the scales at around 318 kg, with much of the gross weight being traceable to the amount of gold it carries. The external appearance revolves around a Greek mythological theme – the Medusa.

The tank has been garnished with a sculpted Medusa head, with snakes decking the frame and rear fender. Moreover, the bike itself has been designed with lines that seem serpentine and very sleek. Even more striking is the contrasting rugged look Tarhan Telli had managed to confer the two-wheeler with. The upholstery sports some shimmering gold over it, while many parts of the bike were crafted from stugs and fringe, providing a weather-beaten look.

We’re not yet sure if Tarhan Telli is willing to sell this prized creation, but we do know he’s currently trying to see his artwork is seen by the teams from Guinness Book of World Records. Gorgeous! 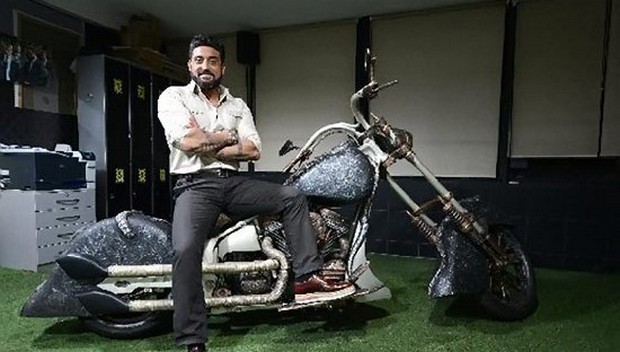 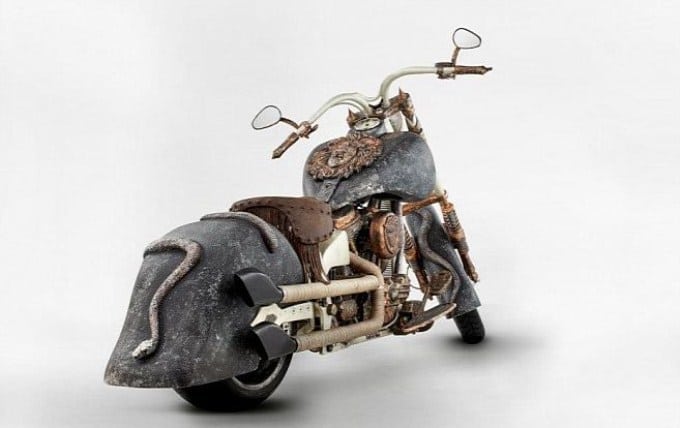 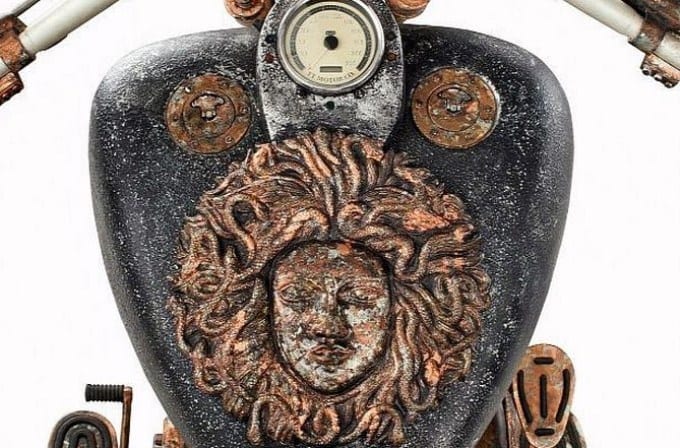 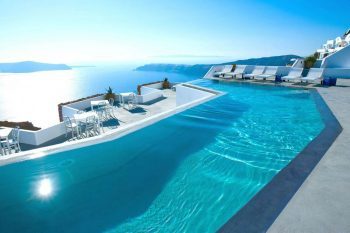