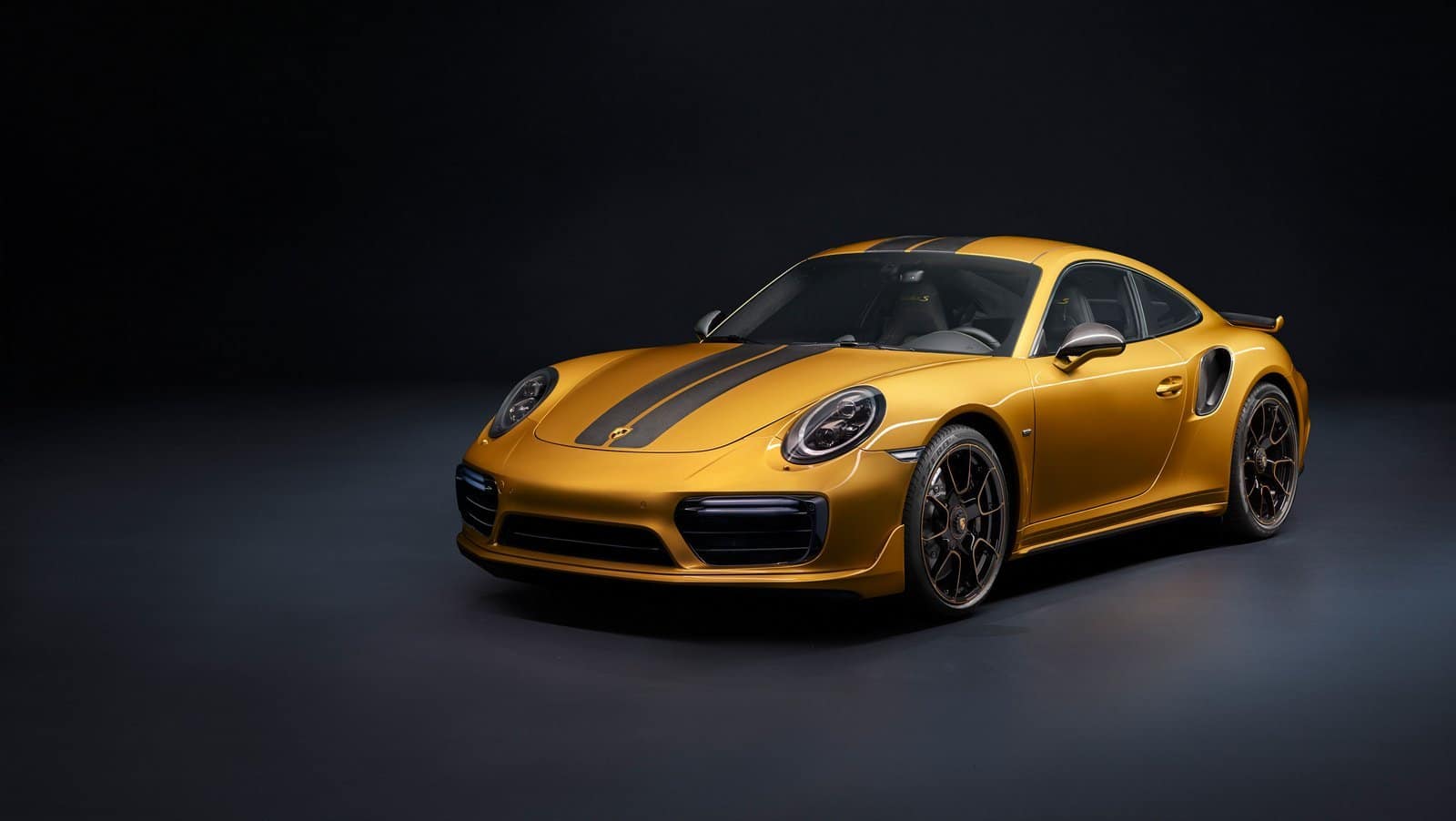 Porsche has just unveiled the new 911 Turbo S Exclusive Series, that’s advertised as the most powerful and unique 911 Turbo S model ever built. It’s true that it comes with a bit more power and several interesting updates inside-out, but we’re more attracted by its gorgeous Golden Yellow Metallic exterior, complemented by carbon fiber stripes on the roof and hood.

The designers from Porsche went even further by adding new carbon fiber side skirts to this beauty and unique 20″ central locking alloys featuring Golden Yellow accents, while the rear-end benefits from a new rear apron and the rear wing from the Turbo Aerokit, as well as a redesigned stainless steel exhaust system, finished in black. 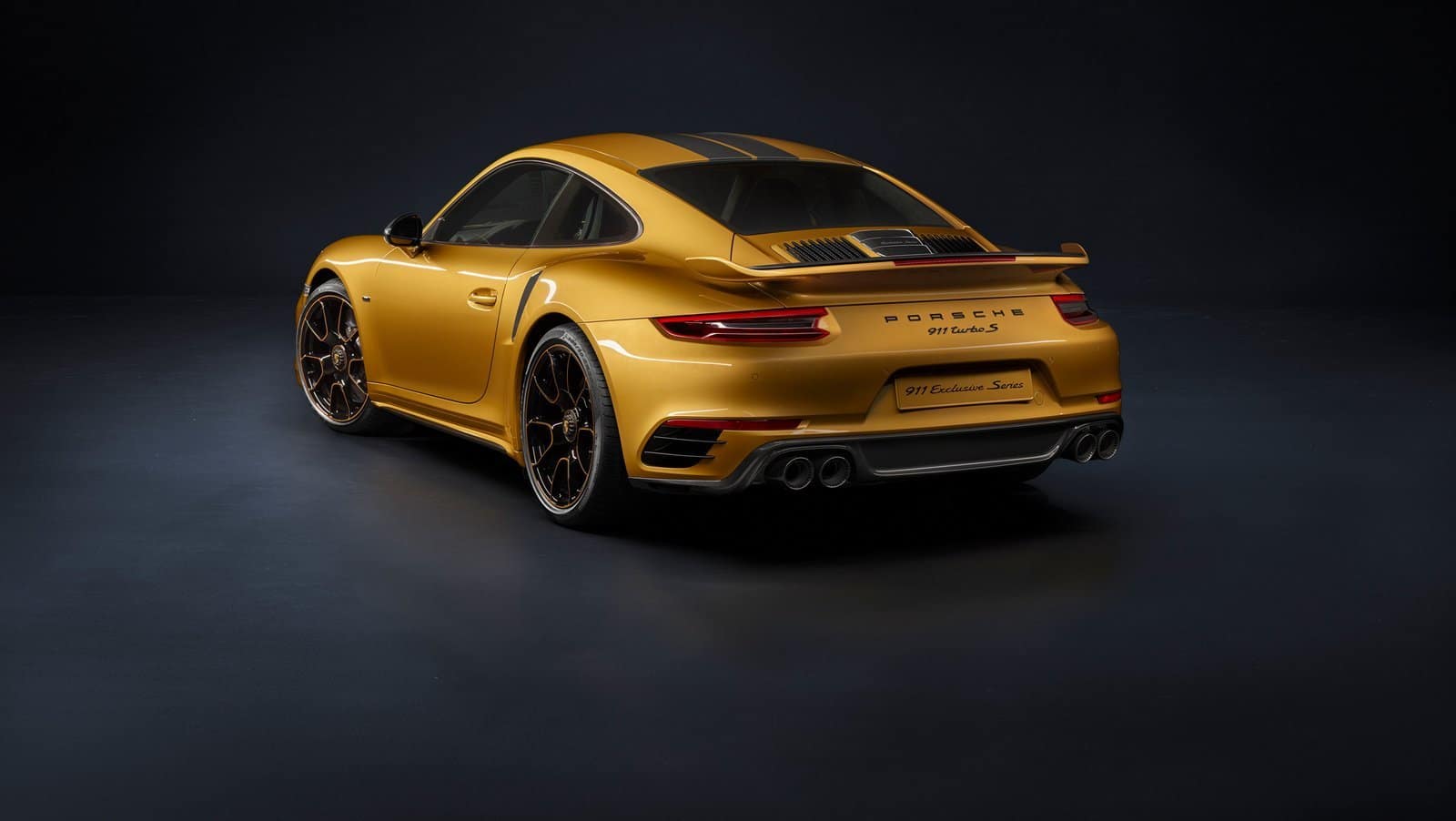 On the inside, things remain equally special. 18-way adjustable sports seats covered in perforated leather upholstery with Golden Yellow stripes are set to spoil the driver and the passenger, with the Alcantara roof liner adds a touch of style to this sporty cockpit. Also worth mentioning are the illuminated carbon sill plates, an individually numbered plaque, making sure everyone realizes this sports car is a limited edition, and carbon fiber trim with cooper inserts.

This is a Porsche after all, which is why we should focus on numbers as well – the twin-turbo 3.8-liter flat-six engine now develops 599 hp and 750 Nm of torque, which is 26 hp more than the ‘standard’ 911 Turbo S. Bottom line – 0 to 100 km/h in 2.9 seconds and a top speed of 330 km/h (205 mph). No wonder Porsche has also equipped this 911 with ceramic brakes, rear-axle steering, Porsche Dynamic Chassis Control and Porsche Active Suspension Management system.

Since production will be limited to only 500 units, you should be on the phone with the closest Porsche dealership right now. Together with the Porsche 911 Turbo S Exclusive Series you could also get a matching watch from Porsche Design or a special luggage set which consists of a two hard-alls, a suit bag and a day bag. 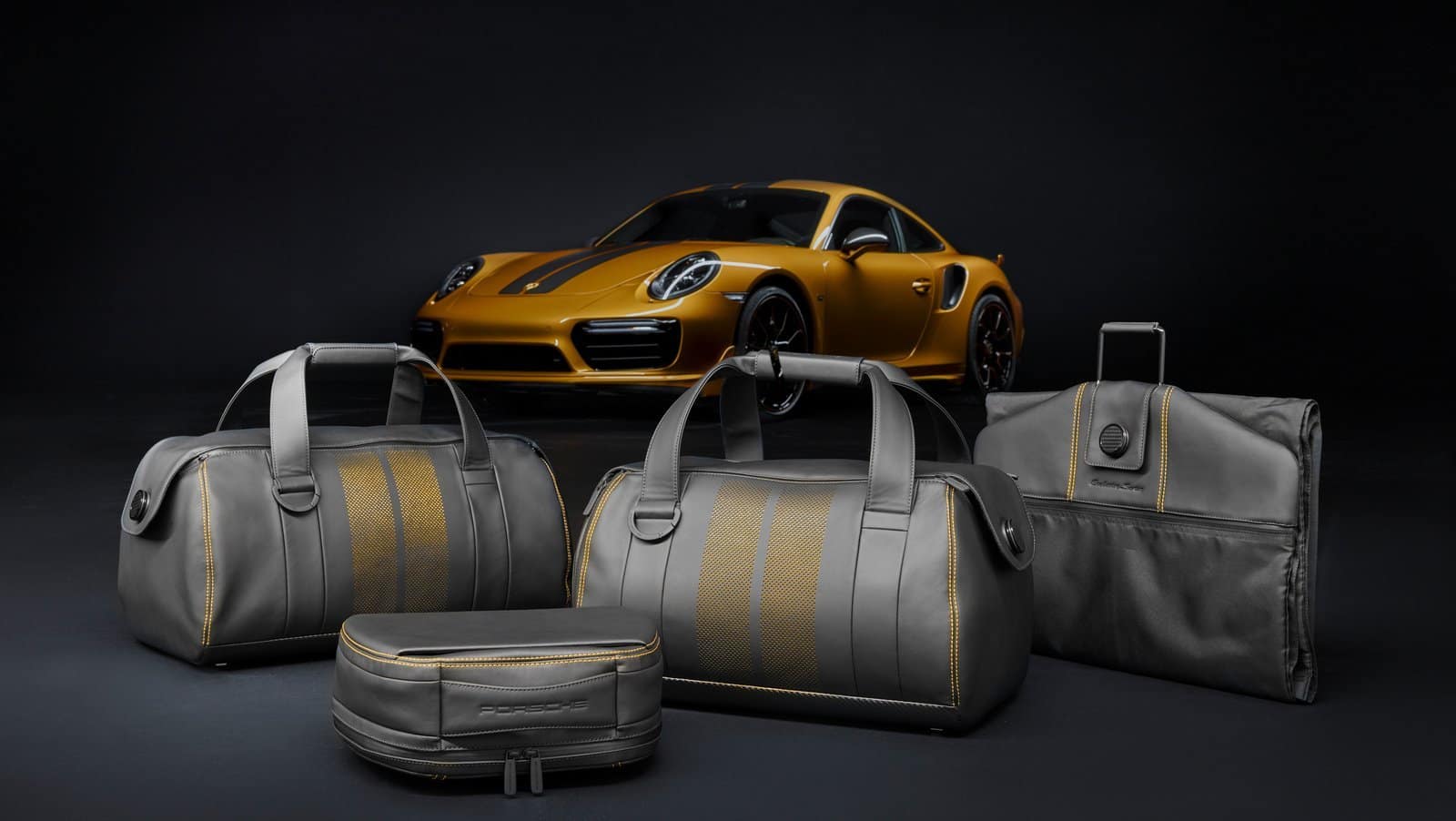 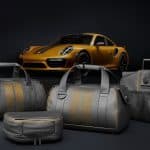 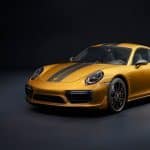 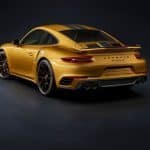 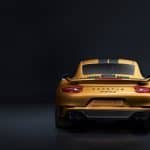 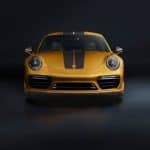 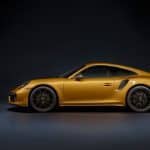 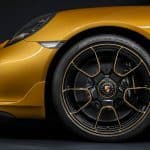 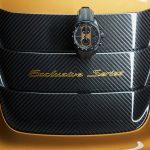 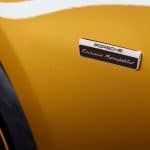 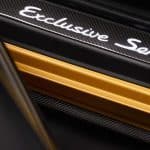 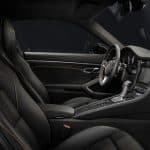 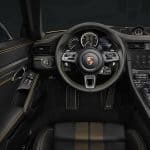 Porsche Unleashed The Most Powerful 911 Turbo S Ever 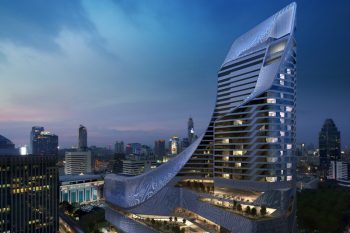