Pay to Win: The Most Expensive Parts of Gaming History 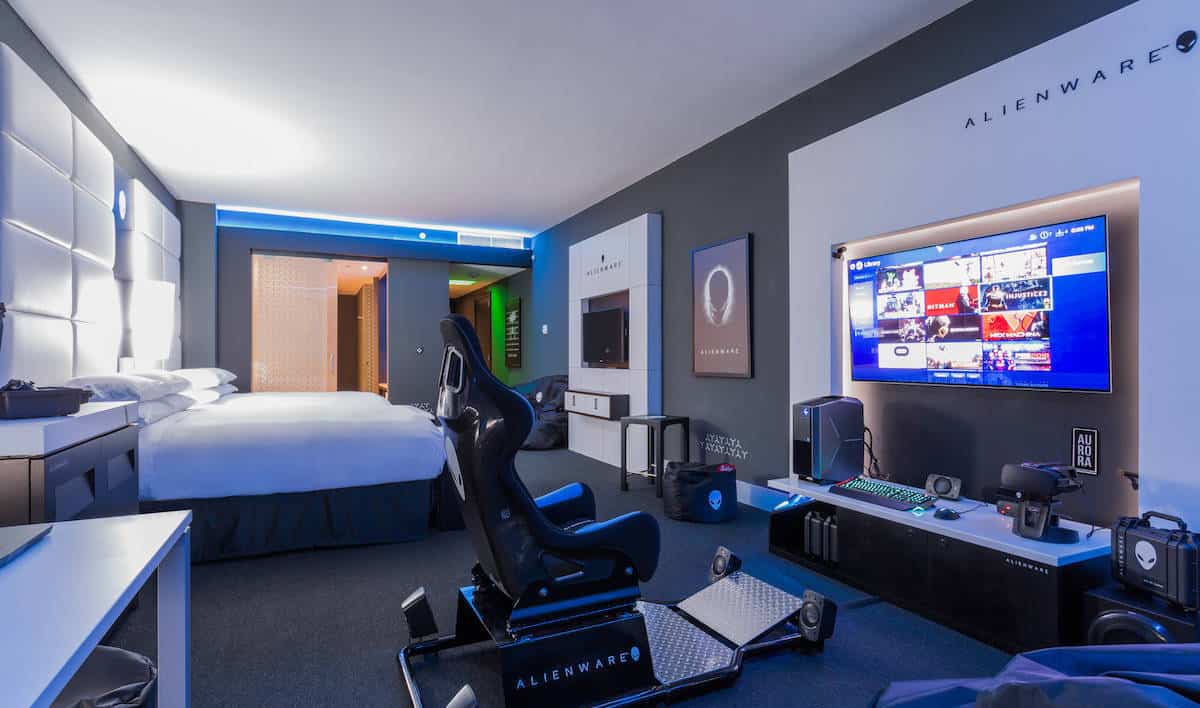 Gaming has never been a cheap hobby. Between consoles, controllers, games, subscriptions and accessories, there’s always something else tempting you to fork out some extra cash. Just imagine how much it would cost to create the ultimate gaming room. The average gamer fortunately only scratches the surface of what extortionate prices gaming software and hardware has gone for in the past.

Let’s take a closer look at a handful of the most expensive purchases in gaming. To keep things on the sane side, we’ll try to focus only on objects that have been commercially available: at least at some point. 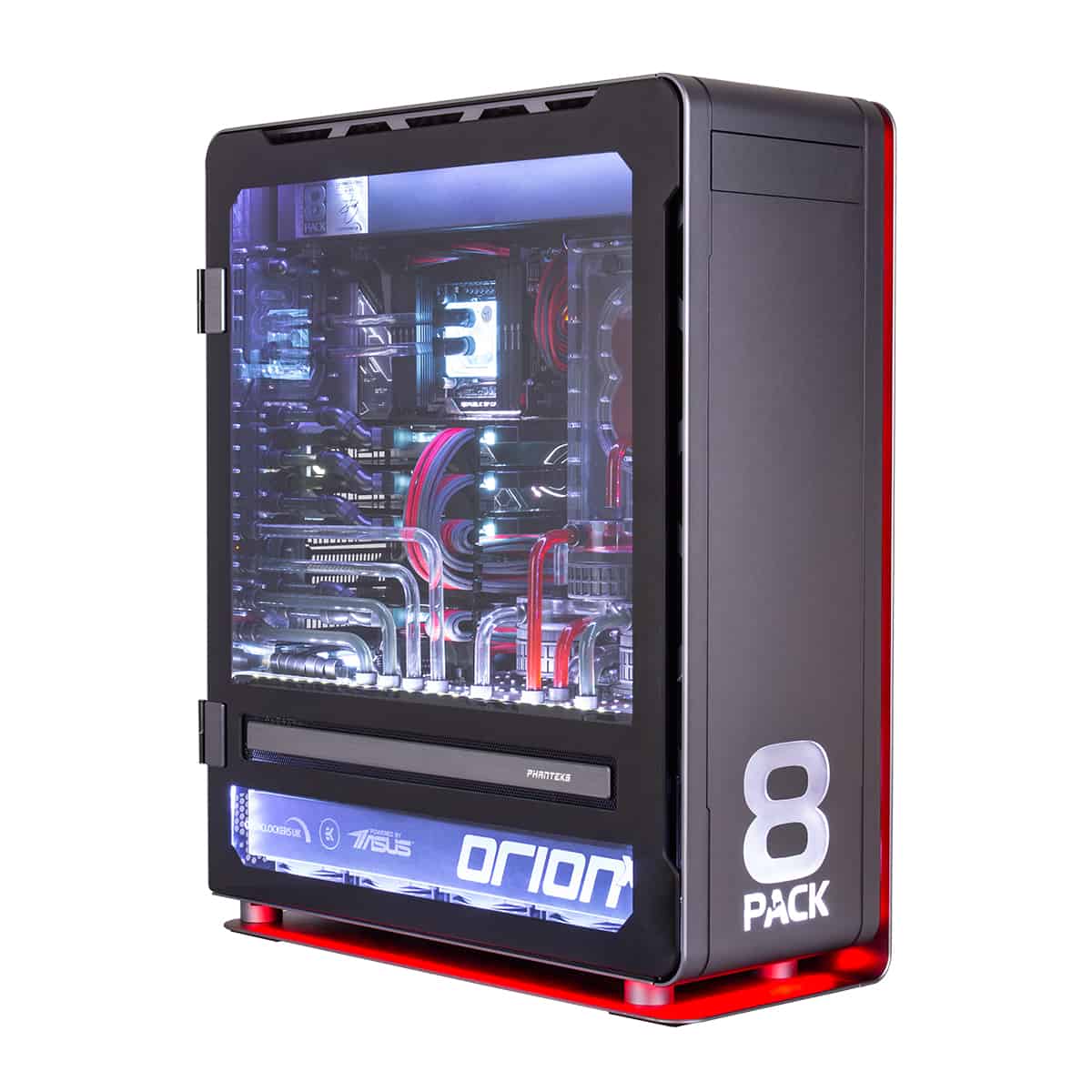 If you’re a PC gamer, you’re always keenly aware about specs as, let’s be honest, you want to turn every setting possible up to ultra. The 8Pack OrionX is the dream PC for many, as whether you’re looking to game on the highest settings, render out some incredibly complex scenes or do any other computationally overwhelming workloads the OrionX would not even break a sweat.

This is mainly down to the fact that you essentially get two PC systems in one case, equipped with four graphics cards, a wealth of RAM and an intense 10TB SATA drive. 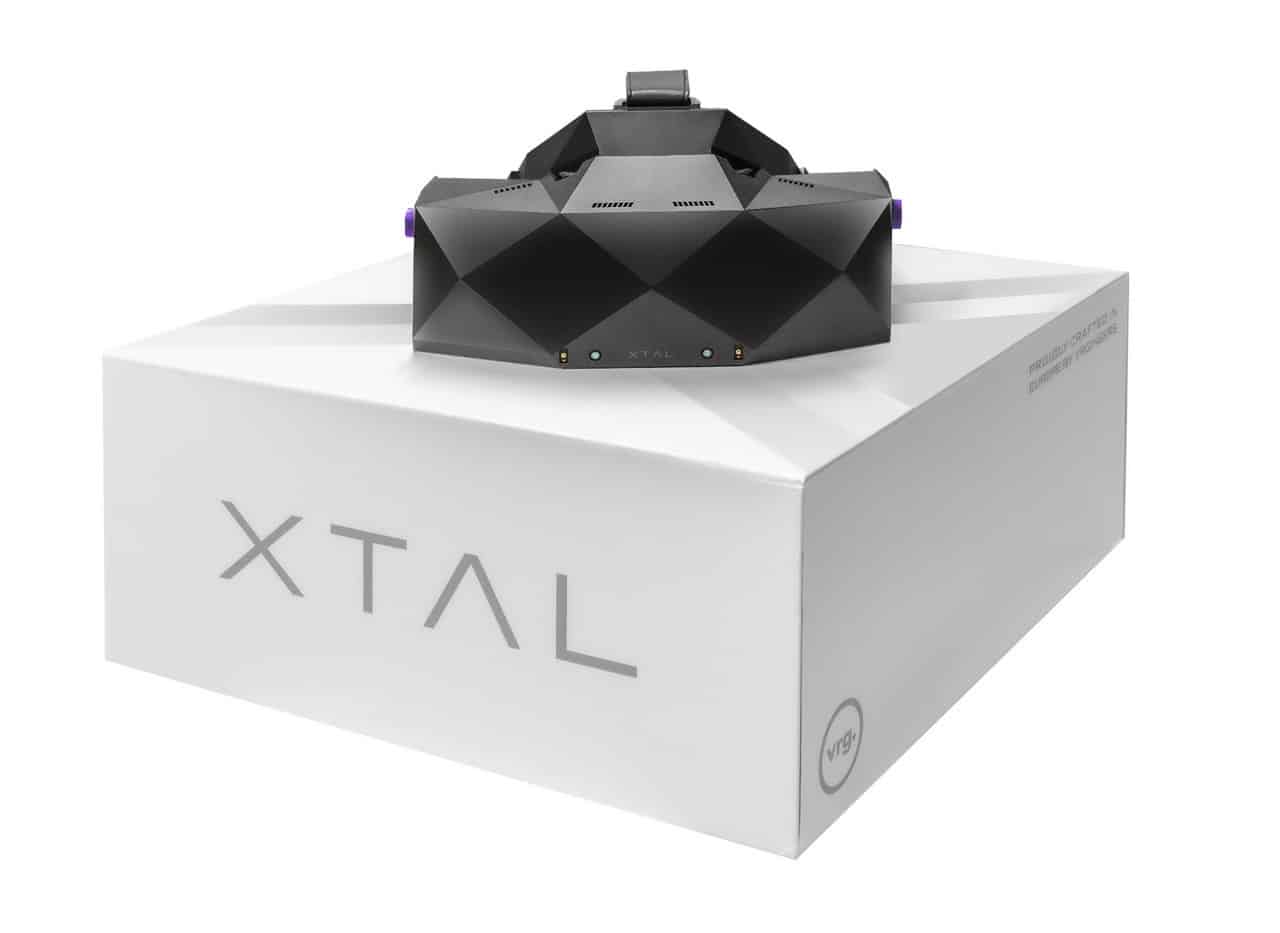 VR enthusiasts know what it means to have an expensive hobby, and even though the XTAL 8K’s price tag pales in comparison to the OrionX, at over $8000 you are paying through the nose for that 8K resolution.

Of course, this headset may be aimed at professional designers and industrial simulations which somewhat justifies its price-tag, but that doesn’t take away from the fact that it is incredibly pricey! 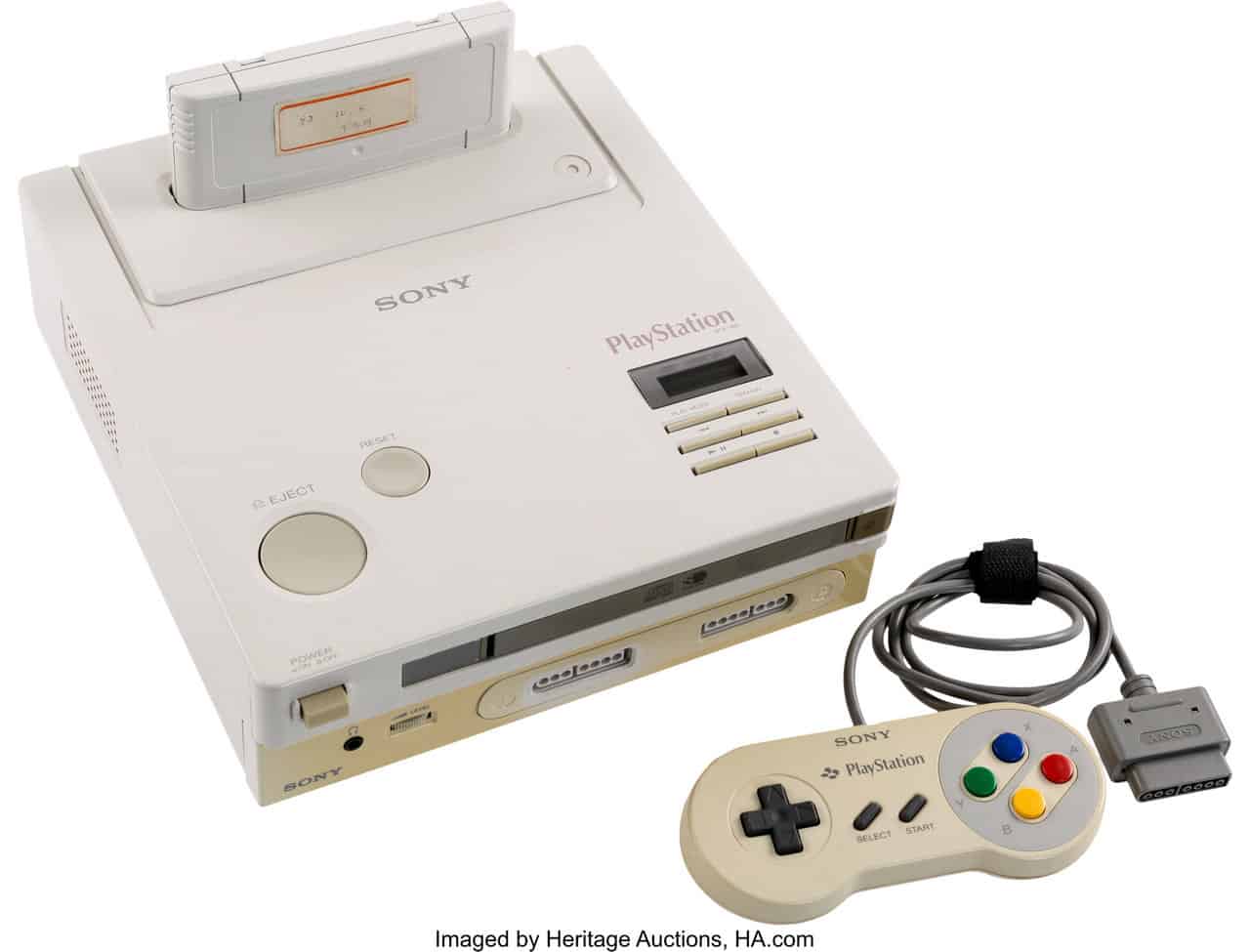 Okay, this was never available per-se, but it almost was. Before the Xbox came into being Microsoft worked closely with Sega to create the Dreamcast, and similarly Sony worked with Nintendo in the early nineties.

Unfortunately (or fortunately, depending on how you look at it) the prototype dubbed the “Nintendo PlayStation” was created. Soon after it was uncovered as a piece of gaming history, it sold for $360,000. 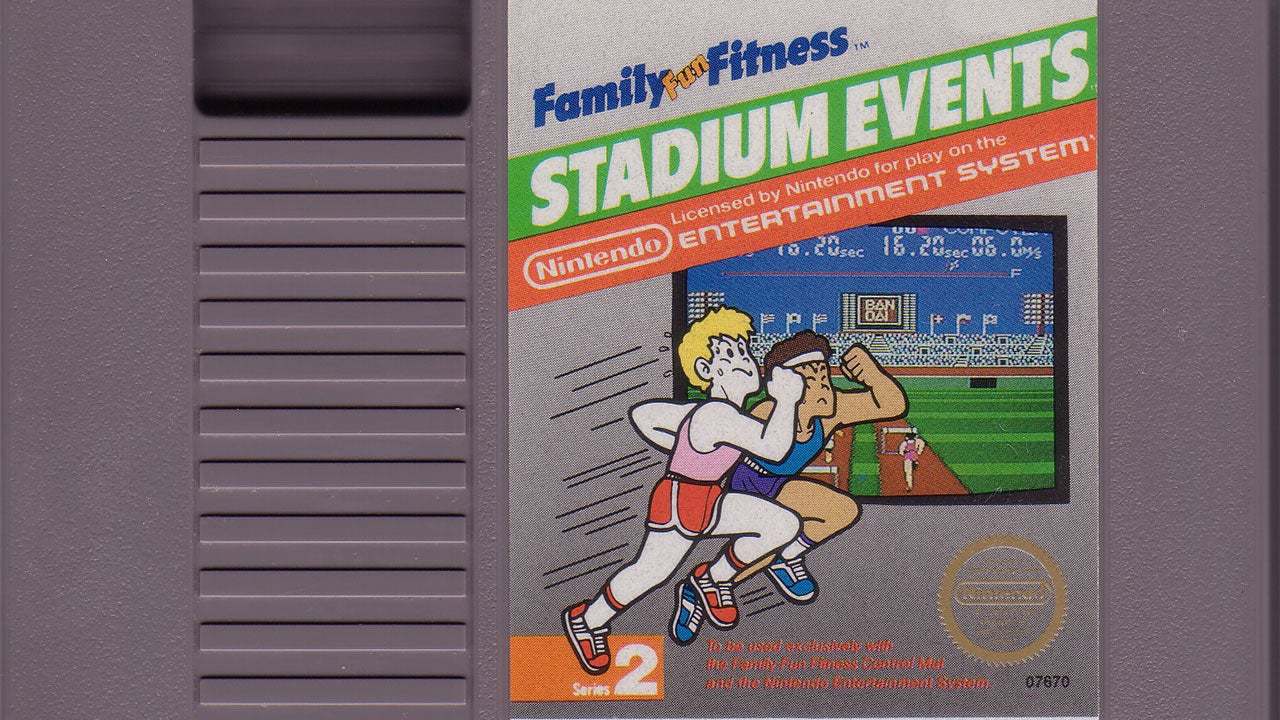 The NES was a classic console loved by many. Due to the popularity of the console collectors of its rarest games and components are many. Stadium Events is one of the most expensive NES games, so if you got your hands on it back in the 80s, you’re sitting on a goldmine.

Released by Bandai in North America for the Family Fun Fitness Mat, a few copies of the game have sold since 2010, the most impressive being for sold for a cool $41,300! 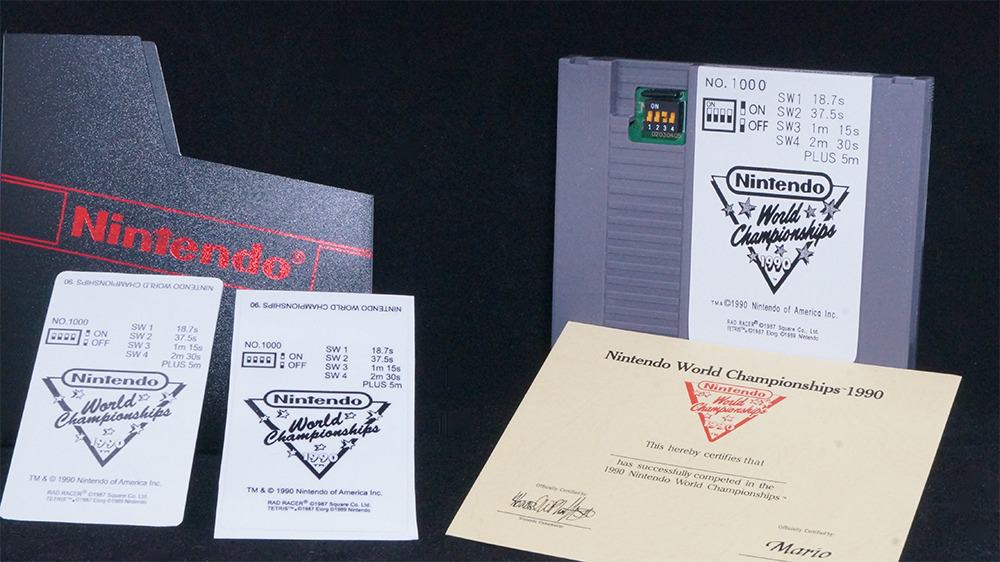 In 1990, Nintendo hosted a tournament to find the best NES player in the world, with players competing in three different age groups. Players were tasked with achieving high scores on three games: Super Mario Bro., Rad Racer and Tetris. At the end of each tournament the winners of each age group were given special Championship cartridges.

Only 26 gold cartridges were ever produced, prompting high prices from rarity alone—but when you pair rarity with Nintendo, you know what that means. 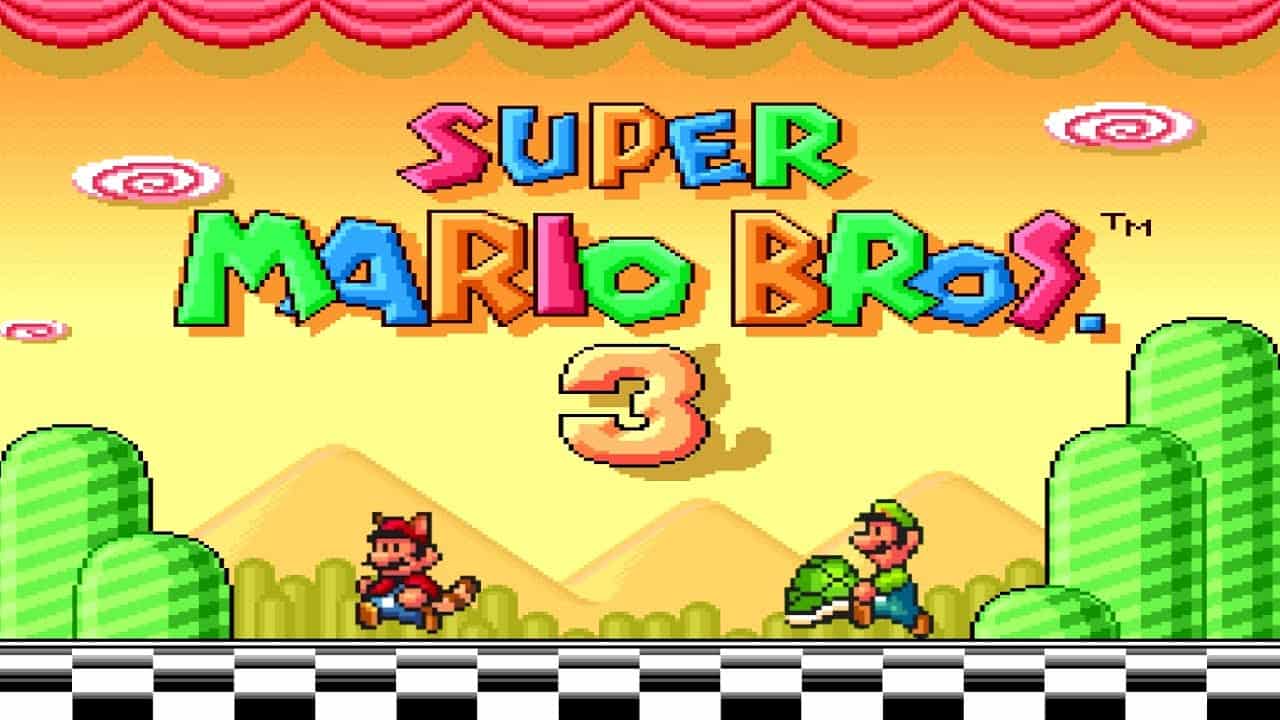 Speaking of rare Nintendo games, Super Mario Bros. 3 was one of the NES’s most loved and sold titles. But in 2020 a sealed copy of a special edition of Super Mario Bros. 3, featuring rare box art, sold for a staggering $156,000. Perhaps collectors editions are worth buying and keeping after all.

While consoles rule the gaming experience, accessories provide a wealth of new options for gameplay or optimisation. But in the past, plenty have carried a hefty price tag. 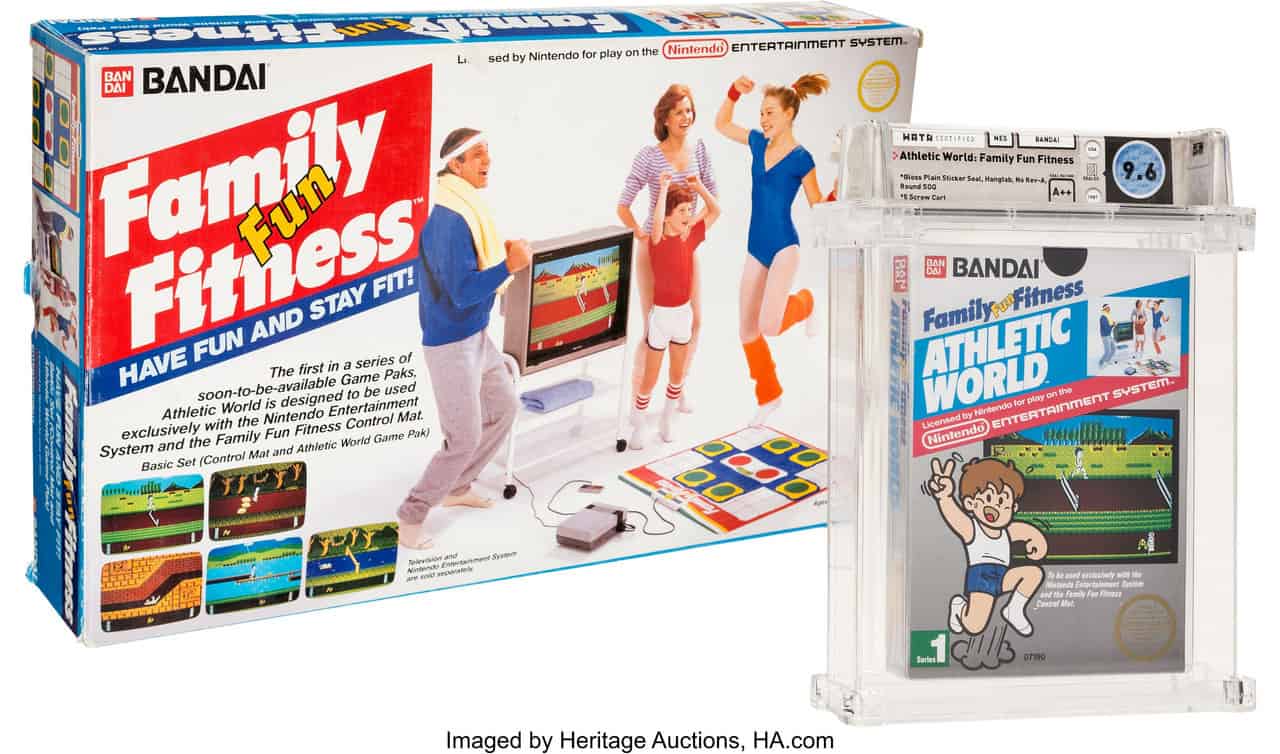 Remember Stadium Events? Well along with the game, the Family Fun Dance Pad which came with the game is one of those incredibly rare accessories. This naturally causes the price to inflate to ludicrously large numbers, with sources claiming that a brand new (unopened) box could top out at around $55,000! 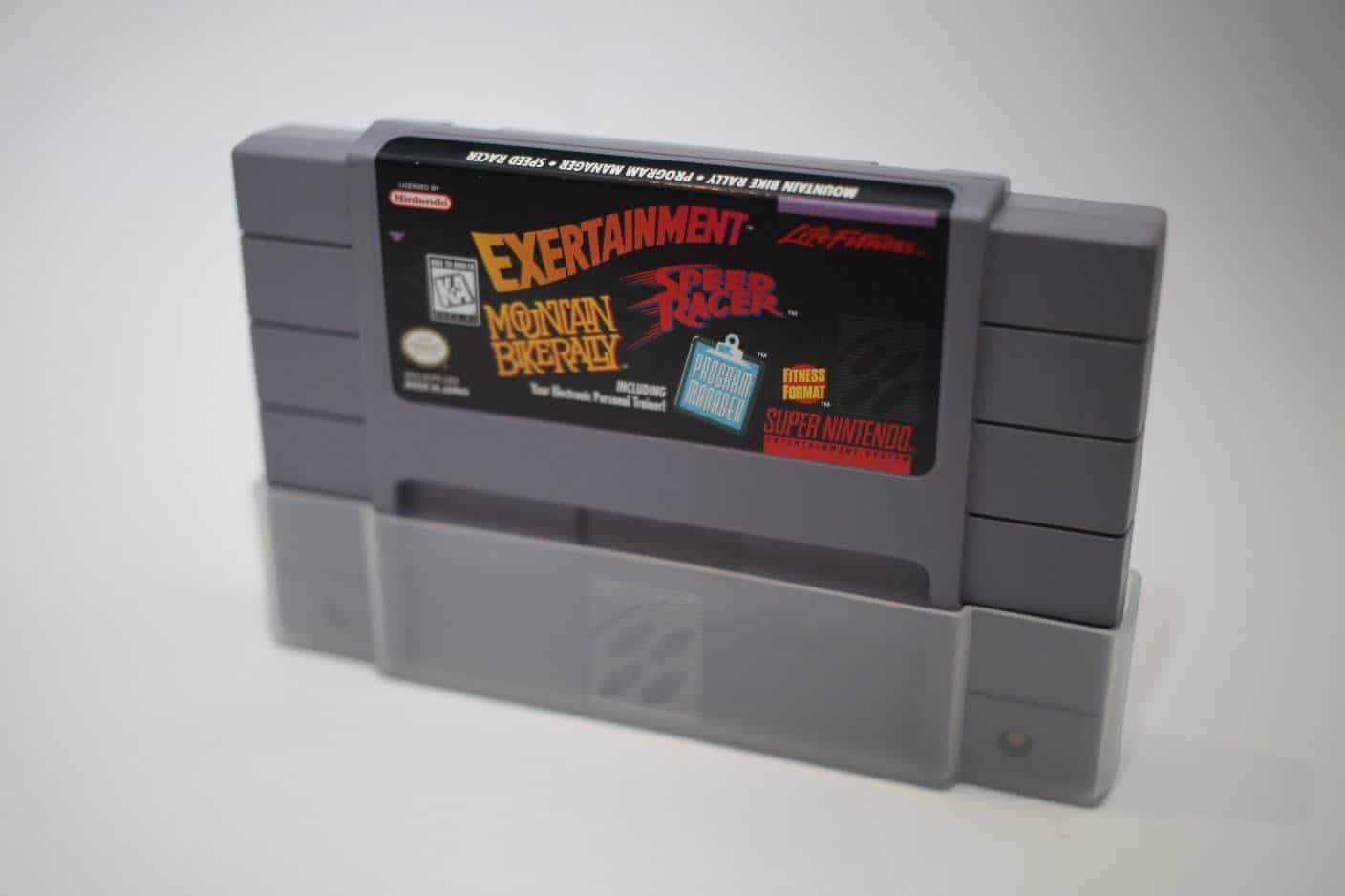 Just like the dance mat, the Exertainment Mountain Bikerally was built to play with the game Speed Racer, providing an early example of the fitness-games which have become more commonplace since the days of the Nintendo Wii.

Being an absolute beast of a machine, essentially an exercise bike hooked up to a TV, this rare, hefty package can go for up to $4,800 if brand new.

While traditional gaming purchases all meant buying something physical, since the late 2000s digital purchases have slowly been eclipsing physical ones. Pair this with the rise of online multiplayer and unique in-game items and you have a recipe for some high prices. Seriously, these get ludicrous. 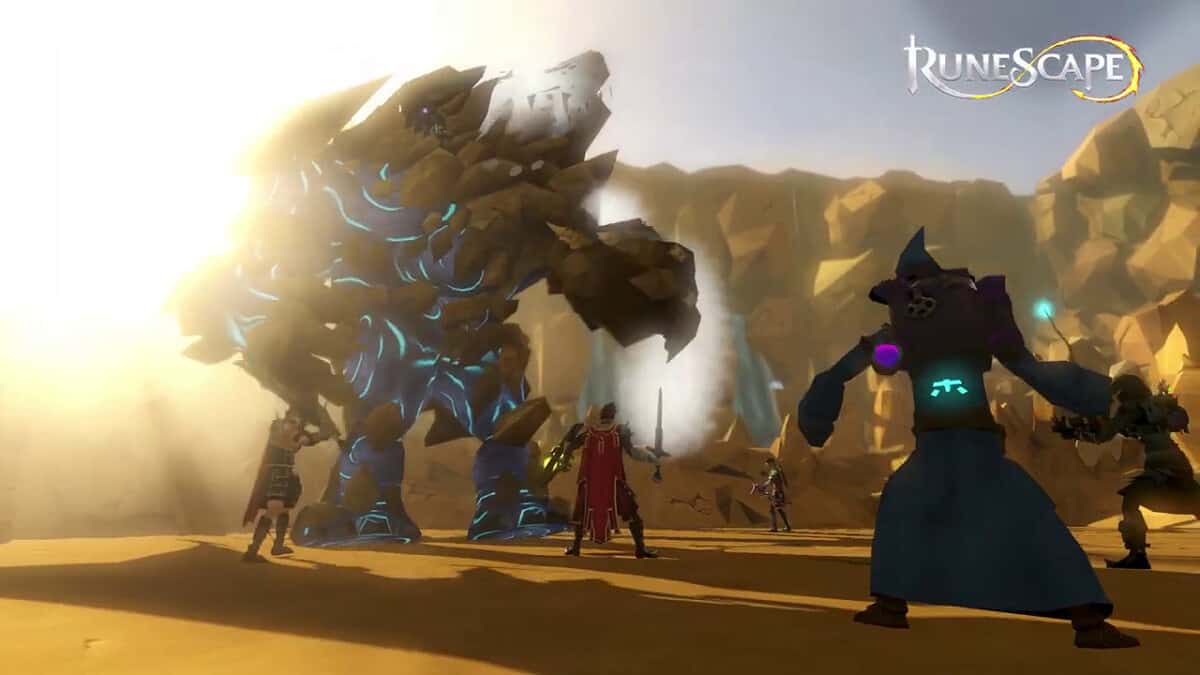 Runescape has a plenitude of unique items which are no longer available and can only be traded for. One of the most coveted of those is the Blue Party Hat which was available in the Christmas Cracker way back in 2001. To get your hands on one of these bright blue crowns today you need to shell out a significant $2,500.

If you’re looking to get your hands on some rare items in Runescape, World of Warcraft or any other online title head over to ElDorado. Whether you’re on the prowl for Diablo gold, rare OSRS items or a bulked up OSRS account, ElDorado.gg is your one stop shop. 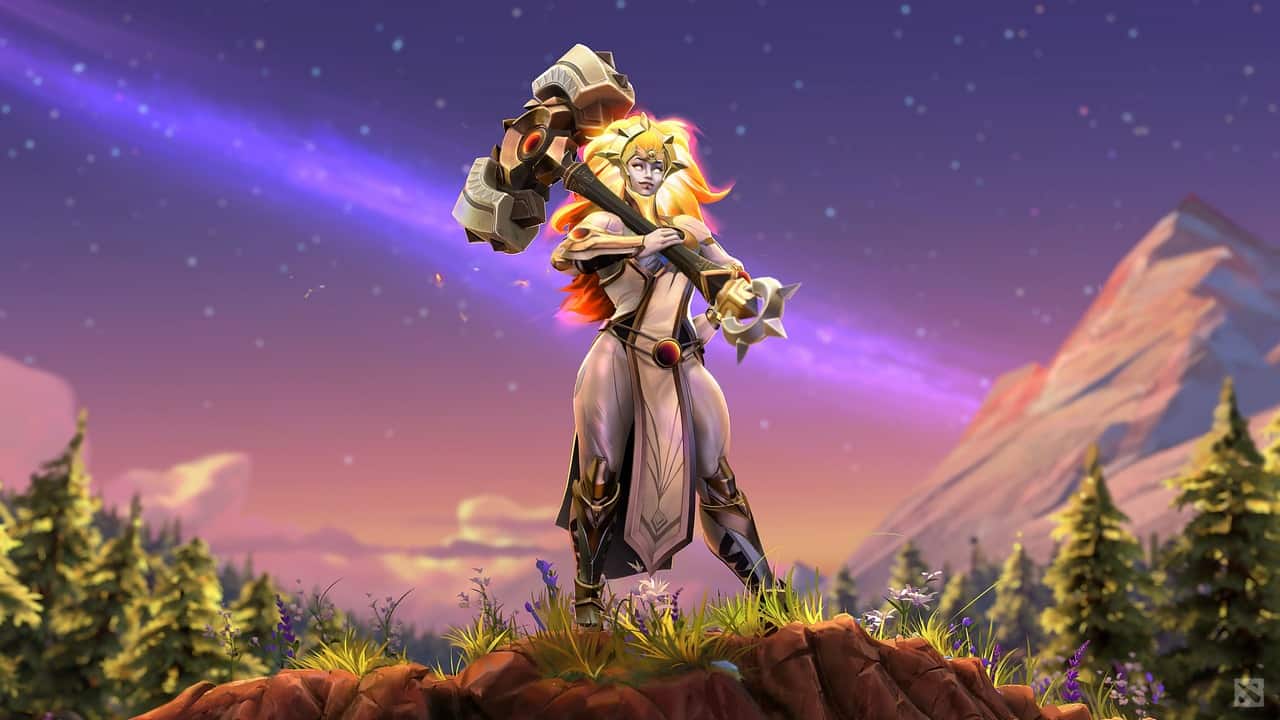 Dota 2 has been host to a number of huge purchases over its lifetime, but the Ethereal Flames Pink War Dog was a special case. As there were only five in existence and, well, pets are among players’ favourite collectables it’s no wonder that this one went for a high price. 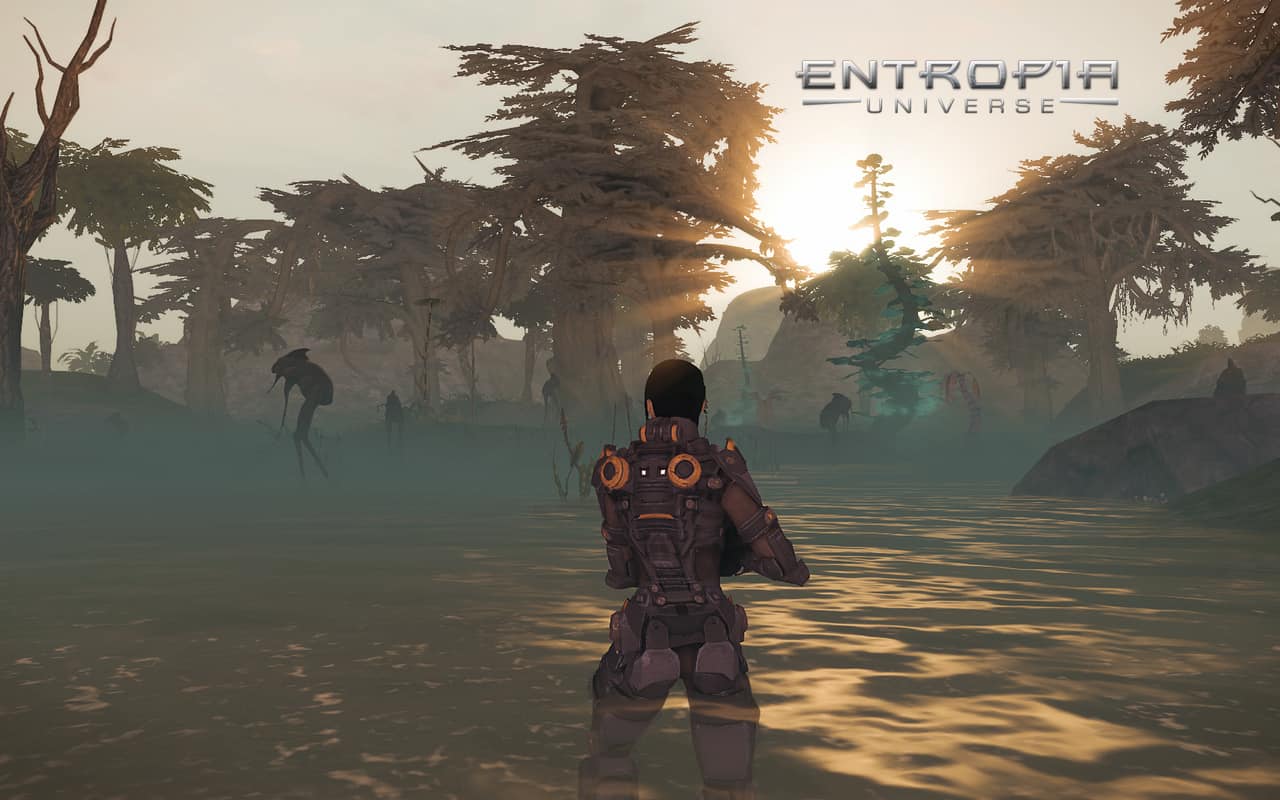 Entropia has probably been host to the largest number of mind-bogglingly large in-game purchases. Whether you’re looking at the purchase of “The Moon” for $150,000, “Crystal Palace” for $300,000 or “Club Neverdie” for $635,000, you’re already looking at more money than most games will ever make.

Then you take a look at the landmark sale of “Planet Calypso” which saw a company named SEE Virtual Worlds negotiate with MindArk Studios (the creators of Entropia) to purchase an entire planet for over 6 million dollars. Yes, 6 and 6 zeros. 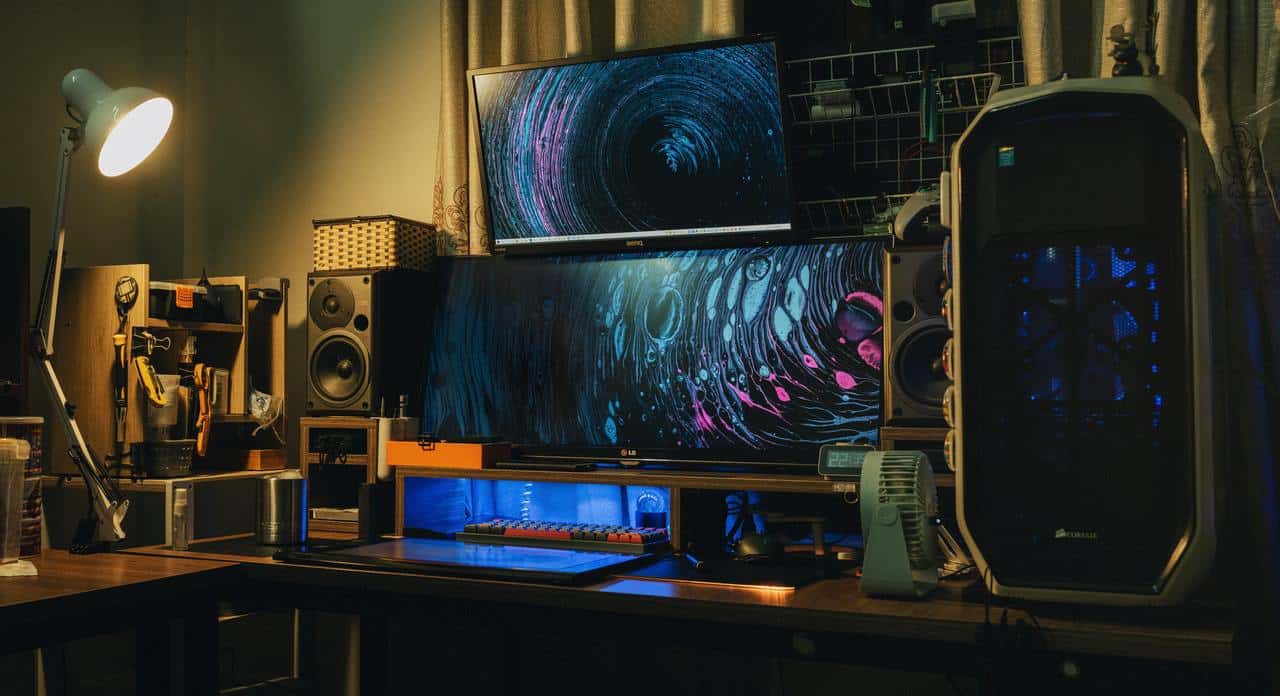 While these may all be incredibly high prices, as gaming gets older and continues to expand we can only expect such prices to go up further. Thus, if you got your hands on a limited edition in-game item or a collectors edition with particularly rare art, you better clasp that thing with both hands as it may turn into a quite literal money bag in the years to come.

Tags:
Previous Article
15 Incredible Underwater Hotels That Will Leave You Speechless
Next Article
The 16 Most Expensive Cheeses in the World