Californian real-estate tycoon Manny Khoshbin is well known for his impressive car collection, taking over Youtube in these last couple of years with his wild supercars. But the cherry on top of the sundae is probably this new Bugatti Chiron Hermès edition, a one-off model specially made for the Californian car collector.

Bugatti and Hermès joined hands for this unique hypercar in 2016 and 3 years later it was finally ready to be delivered to the United States. It’s not the first time the two luxury brands worked closely on a project, with Ettore Bugatti and Émile-Maurice Hermès first collaborating back in the 1920s and then in 2008 the two brands worked together once again on a special Veyron.

The Chiron Hermès Edition went through a series of iterations on Bugatti’s configurator before Khoshbin decided it would look incredible in Hermès Craie, a superb chalk white finish. Apart from this unique exterior paint, the car also received a distinctive grille with a special pattern from Hermès and the underside of the rear wing was also finished with Hermès’ signature Courbettes horse pattern.

Bugatti and Hermès also teamed up for the car’s exquisite interior, that’s decked in special leather from the French fashion house, including a lovely horse pattern across the door panels. There’s also a special badge that says “Dressed by Hermes” reminding everyone that this Chiron is unlike any other on the planet.

And if you’re wondering why Khoshbin commissioned this special Chiron Hermès edition you should know that it’s not the first hypercar he owns with Hermès touches. A few years ago he also convinced Pagani to team up with Hermès to create a one-off Pagani Huayra for him and apparently McLaren and Hermès also joined hands to build him a unique Speedtail, that will arrive in the next years. 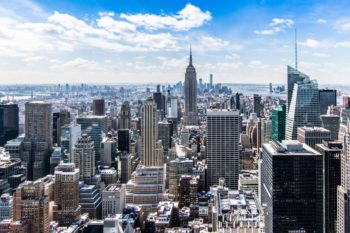 The 10 Biggest Law Firms in the World Right Now