It’s Official: The 2016 Tesla Model X has been finally Introduced

The 2016 Tesla Model X has finally arrived and… it’s even more amazing than we’ve all expected, paving the way for future electric SUVs. The new gorgeous vehicle from Tesla looks almost identical to the original concept, mixing the sleek lines and chic elements we’ve seen on the Model S with a sensual, crossover shape that looks great from basically every angle.

Obviously, the most interesting design aspect of the Tesla Model X is represented by its falcon doors, which replaced the traditional rear doors to make this vehicle stand out from the crowd wherever it goes. Even though these doors are similar to gullwing doors, they require a lot less space to open, thanks to a special system which uses double hinges.

These falcon doors also come with an ultrasonic sensor inside, which helps the car determine how much available space is around the vehicle before opening the rear doors.

Beyond the eye catching design, Tesla also brags about a low drag coefficient and impressive performance figures. Supposedly, the Model X is the most aerodynamically efficient SUV ever to be created, with an adjustable active rear spoiler working its magic on route (that works just like the spoiler from the Bugatti Veyron).

The 2016 Tesla Model X will be available in two different powertrain guises, with plenty of trim options to opt out for. The top-of-the-line Model X P90D uses the same two electric motors as the Model S P90D, which means the driver will benefit from an astonishing 762 hp.

And once you receive the Ludicrous Speed Upgrade, the Tesla Model X P90D will do 0 to 96 km/h in just 3.2 seconds and the quarter mile in 11.7 seconds, that’s absolutely hair rising for an SUV. Since we’re sure this is the model you’re probably interested in, you should know that the Model P90D, with the Ludicrous package, will set you back around $142,000. 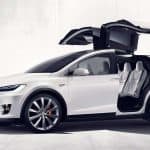 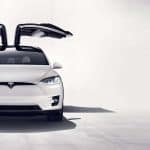 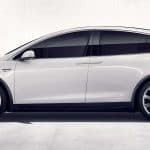 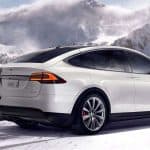 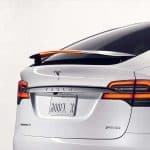 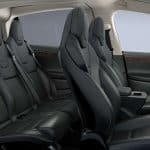 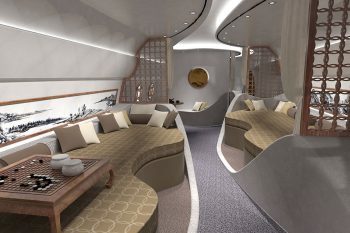