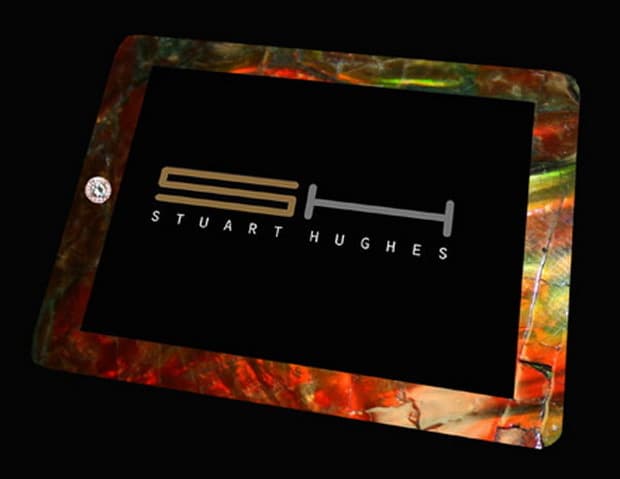 Stuart Hughes is back in our attention with the world’s most expensive iPad2 and probably the most expensive gadget as well, dubbed as the Gold History Edition. Only two units of this uber luxurious iPad2 will be ever built, each of them being priced at a staggering £5 million or about $8.1 million.

The iPad2 Gold History Edition comes encrusted with 12.5 carats ‘I’F flawless diamonds, 53 individually set sparkling gems, a solid 24ct Apple logo and the back entirely made of 24ct gold. The front frame of this iPad2 has been designed using the world’s oldest rock, 75 million years old Ammolite, sourced from Canada which means this gadget also has a part of history in it.

But that’s not all. Stuart Hughes also incorporated ultra small bits of sections of a 65 million year old T Rex dinosaur’s thigh bone into the Ammolite and finished it off with a single cut 8.5ct flawless diamond inlaid in platinum and surrounded by 12 outer flawless diamonds.

The iPad2 Gold History Edition by Stuart Hughes weights only 2,000 grams and once again, it’s priced at around $8.1 million. 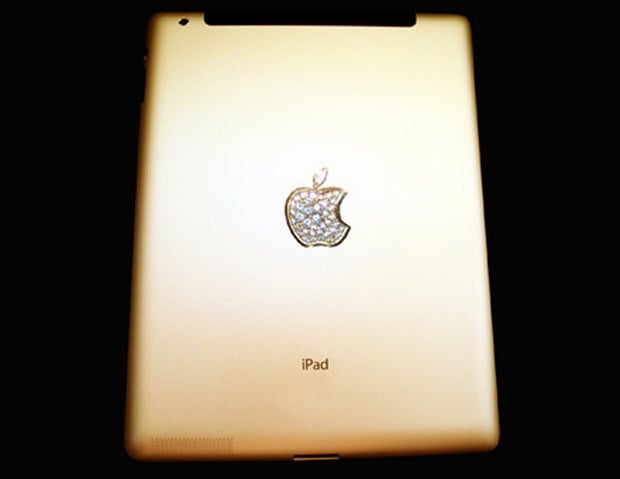 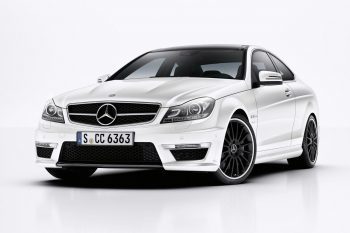