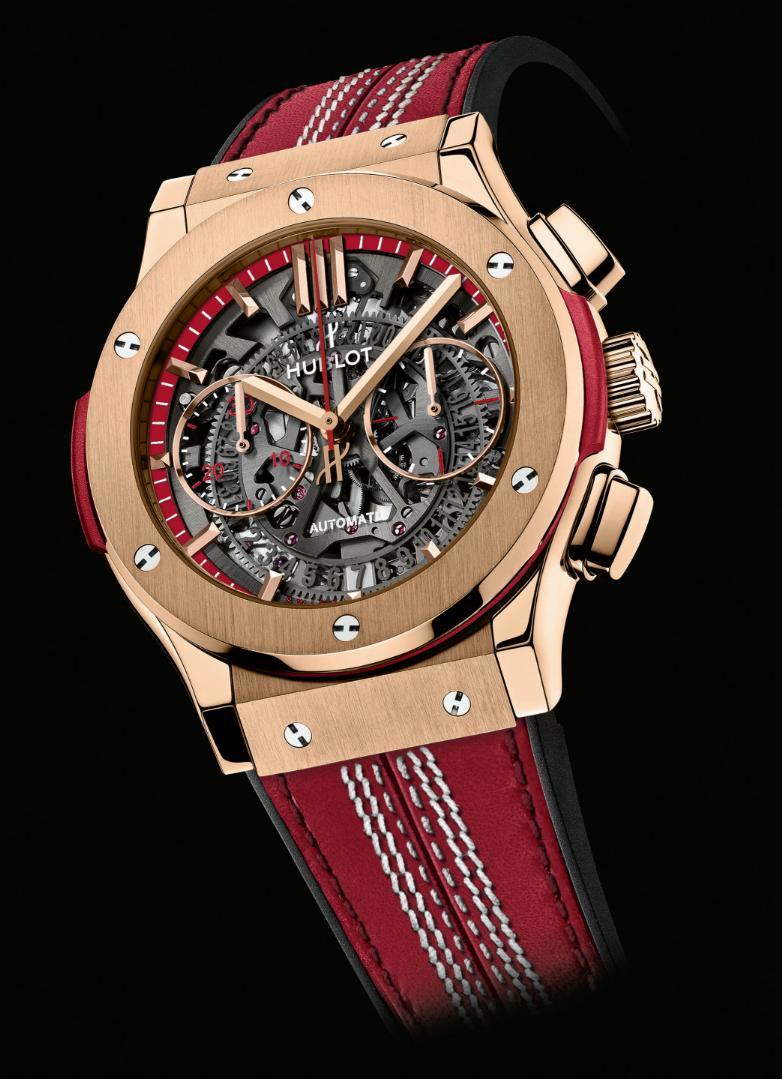 After being present at this year’s FIFA World Cup (remember those redesigned referee boards?), Hublot has now gotten involved in another sport – though admittedly one not quite as popular worldwide. The company has just become the first luxury watchmaker to enter the world of cricket and will be the official timekeeper for the 2015 ICC Cricket World Cup. To mark the occasion, which was celebrated in two separate events in New Delhi, India and Sydney, Australia, the Swiss brand will release a special edition timepiece called the Hublot Classic Fusion Chrono Aerofusion Cricket.

The watch is available in one of two versions, with either a gold or a titanium case, each measuring 45mm in diameter, with an AR-coated sapphire crystal, a sapphire display back with the emblem of the 2015 ICC Cricket World Cup, and is water resistant to 100 meters.

The intricate dial features a few cricket-related elements: at 12 o’clock there’s a triple applique in reference to the stumps which are placed on the wicket (each of the sets of three stumps with two bails across the top at either end of the playing field, which are defended by a batsman); and the hands on both counters are shaped like the cricket bat (which sort of looks like a paddle) and are made from willow and rattan.

The gold version of the watch will be available as a 100-piece limited edition, while the titanium model is part of a 250-unit release. 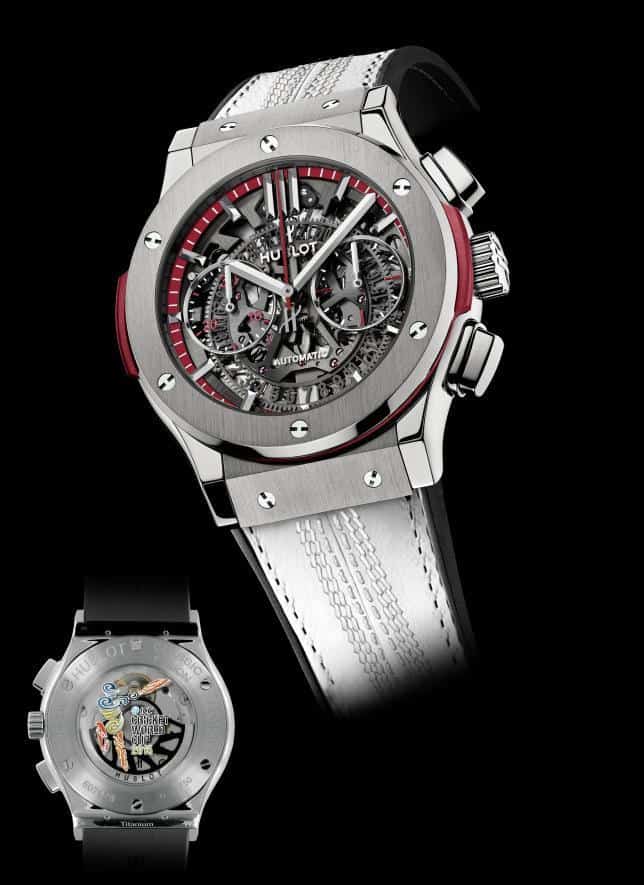 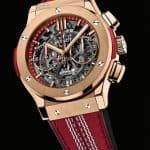 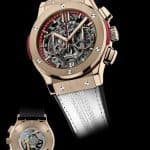 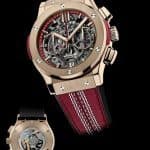 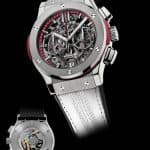 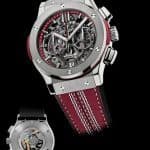