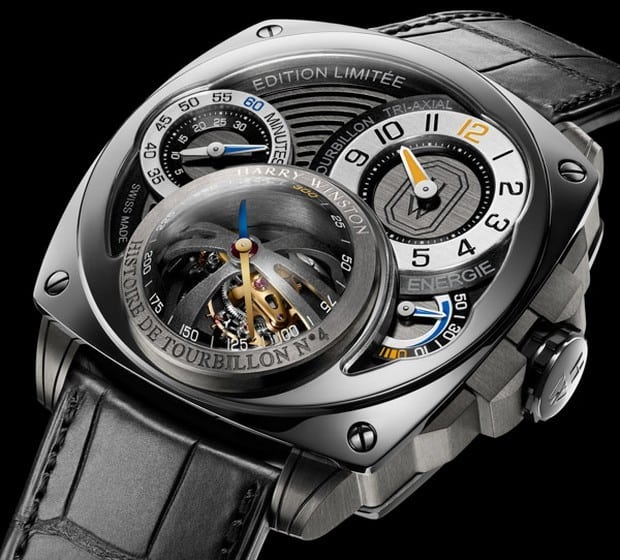 There were rumors regarding the acquisition of Harry Winston, for around $1 billion, by the biggest and most important watchmaker in Switzerland, the Swatch Group. Well, apart from that, the manufacturer of exquisite timepieces has introduced the Histoire de Tourbillion 4 wristwatch, an incredibly refined mechanical achievement.

This particular model is said to be the fourth edition that describes and ventures into the world of the tourbillion, boasting a tri-axial tourbillion that ensures incredible, split-second accuracy and stunning performance. In addition, the looks of the dial make us think of metropolises, of quixotic future cities. This is due to the arrangements of domed sapphire crystals and interlocking mechanisms, disposed on multiple levels.

This series of extraordinary timepieces, the Histoire de Tourbillion, it was started back in 2009 with the Histoire de Tourbillion 1 wristwatch, imagining a modern day version of the tourbillion, with all sorts of sophisticated machinery and utterly innovative materials. The 4th version will be reportedly unveiled at the 2013 Baselworld during April, as a limited edition of just 20 units.

The timepiece boasts with a mechanical, manual winding movement Caliber HW4501 with 345 parts and tri-axial tourbillion, a cushion-shaped case, measuring 47 mm in diameter and crafted from a unique blend of Zalium and white gold, a combination exclusively mixed by Harry Winston.

In addition, there’s an open spot in the caseback, done in a mix of white gold and DLC-coated Zalium, alongside a white gold crown with rubber grip. As for the tri-dimensional dial, it displays the power reserve, minutes, hours and also sports a 300-second indicator on the tourbillon. 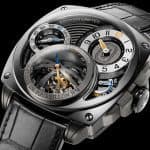 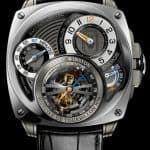 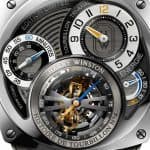 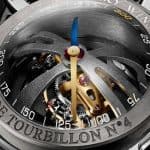 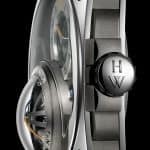 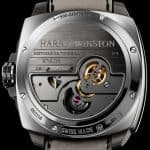