Fincantieri’s Serene superyacht is all Set to Sail 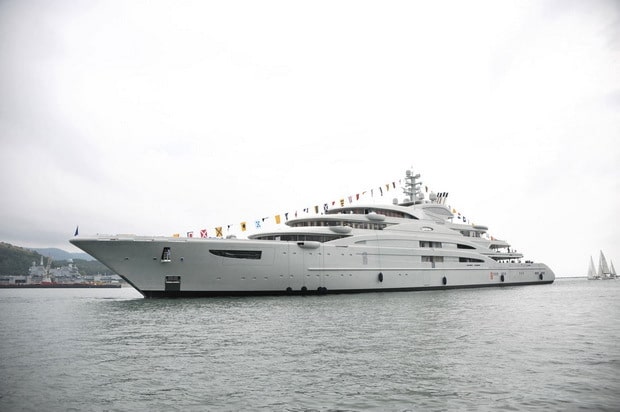 The ninth largest superyacht in the world at the moment, Serene, built by Italian shipyard Fincantieri Yachts is ready to set sail these days. The 440-ft superyacht was the largest yacht ever built in Italy and it was designed by Espen Oeino with the interior being designed by Pascale Reymond.

Serene features seven large decks, a hangar, two helicopter pads and a large sea water swimming pool which can accommodate a service craft and submarine with a diving depth of up to 100m. The yacht has 4,500 square meters of interior space with 2,700 meters of super luxury which make it one of the most luxurious superyachts in the world as well.

The construction cost of this superyacht was apparently $300 million and it’s the first yacht contract the shipyard, Fincantieri, signed. Until 2006 the company was focused on cruise ships, ferries, naval vessels and offshore vessels. Meanwhile the Italian shipyard has already started work on an even bigger yacht called Victory that will be the 5th largest yacht when complete at 459 feet.