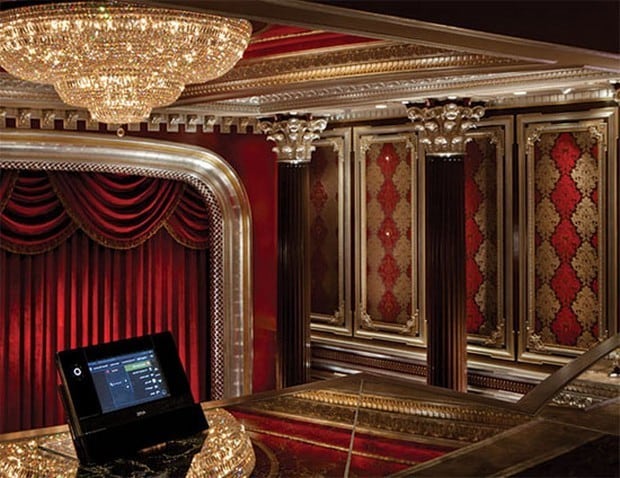 We’ve already showcased the $2 million Dark Knight-themed custom-made home theater system during August 2012, a magnificent mix of top notch machinery and stuff, by Elite Home Theater Seating, we used to think will never know competition. Now though, we had to bite our tongues for a little bit – competition has finally come, in the shape of the Crimson Home Theater, a $3 million contraption that has had us baffled.

The Crimson Home Theater is a full 8,000 square feet of interior space designed by Custom Electronics – CE- professional Jason Voorhees of Cantara in California’s Costa Mesa, alongside home theater designers Slayman Cinema from Laguna Beach. Voorhees sympathetically describes: “They haven’t even had the theater for a year and we’ve already had to replace the lamp on the projector, which is rated for 2,000 hours of use.” 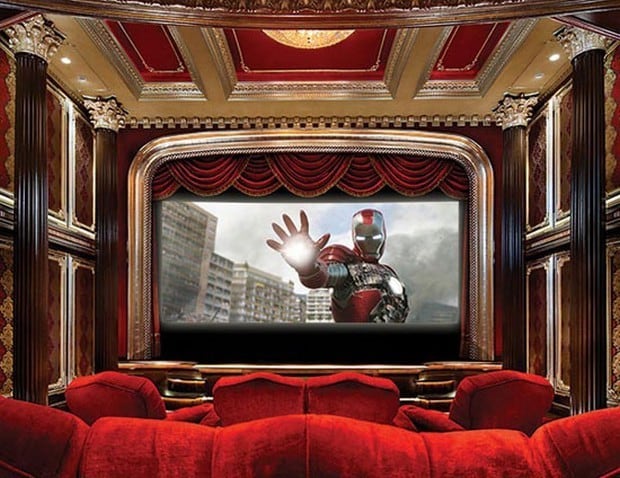 The designers have drawn inspiration from a piece of red fabric and have managed to put together a mind-bogglingly impressive technological wonder. It comprises a total of 13 reference-grade speakers and 5 subwoofers. The lot is able to deliver a massive 8,400 Watts of power. And to greatly enhance the audiovisual experience, the manufacturers fitted the Crimson Home Theater with a very necessary custom-built screen by Stewart Filmscreen measuring a humongous 18 feet in diagonal.

The entirety of the project was carefully followed by the designers, closely respecting the desires of the contractor, up to the most minute of details. The fabric material used here was itself enhanced and treated to provide better acoustics. Voorhees further explains: “Since the material wasn’t acoustically transparent it would have dampened sound from the speakers. Collaborating with Slayman Cinema, small “portholes” were cut from the fabric and covered with decorative grilles.” 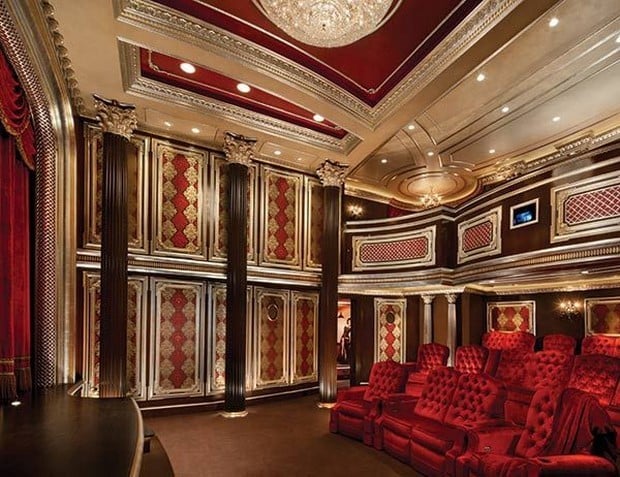 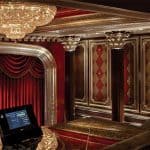 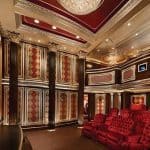 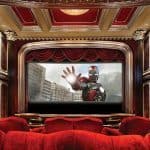 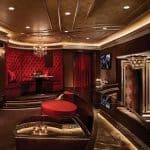 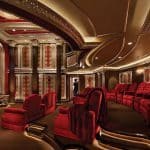 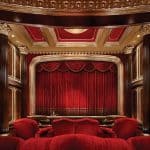 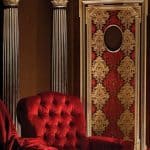 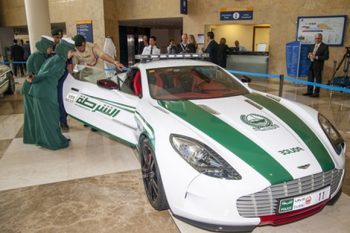