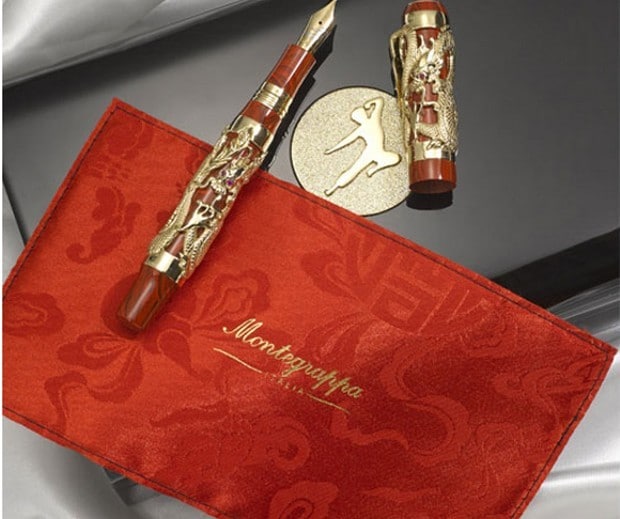 We’ve already displayed a number of exquisitely luxurious writing instruments so far and this business knows no end. Montegrappa, one of the leading brands in the field, has come up with the special Dragon’s limited edition fountain pen a few years ago, dedicated to Bruce Lee, one of the all-time icons of martial arts.

Bonham’s will be putting it up for auction, with an estimated value somewhere between $30,000 and $50,000. Dubbed the Dragon 2010 Bruce Lee 18 Karat Yellow Gold Limited Edition 88 Fountain Pen, a boasts a cinnamon veined red colored celluloid, ruby eyes, 18-carat gold dragon overlay and a Ying-Yang as emblem on its cap. The gold nib also boasts a superbly engraved silhouette of Bruce Lee. 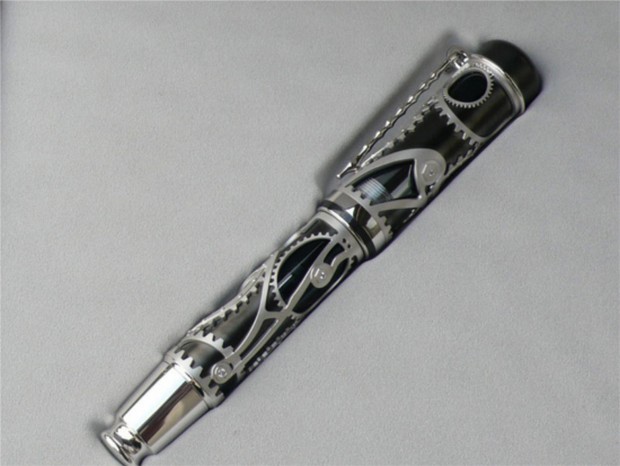 The “Fine Writing Instruments auction” will reportedly be held on the 11th of June 2013 and will feature an impressive number of exquisite writing instruments. Another stunning piece is the Charlie Chaplin Skeleton Limited Edition 88 Fountain Pen, who’s estimated value is also between $30,000 and $40.000. Everything this pen boasts is absolutely impressive, from the intricately-worked 18-carat white gold cog wheels and machine work, and they all remind us of the famous actor’s tragic comedy, Modern Times. Furthermore, the cone of the pen and the barrel remind us of the baggy trousers that Charlie Chaplin used to wear, the cap top is based on the bowling hat, while the white golden clip is a reminder of the cane he used to carry with him. 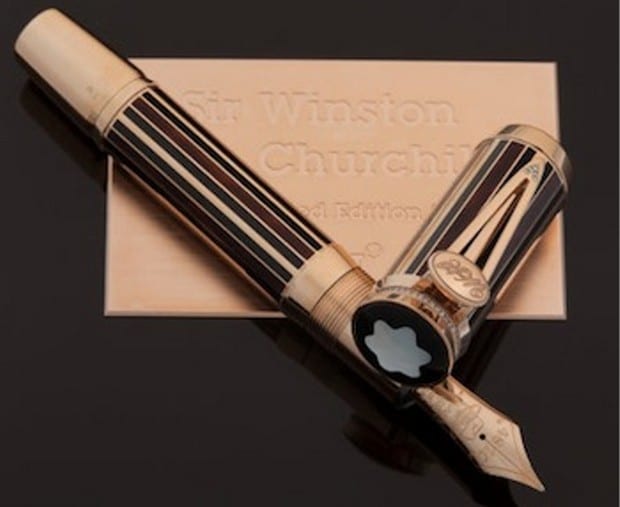 Another worthy writing utensil is the Sir Winston Churchill Limited Edition 53 Fountain Pen, which is worth around $20,000 – $30,000. This one sports an 18-carat rose gold barrel with black and brown bands of lacquer work, while the cap boasts 53 selective diamonds on it. A superbly executed mother-of-pearl star lies on the cap top, while a V, which stands for “victory”, is engraved on the clip. In addition, the nib was crafted from 18-carat gold and wears the portrait of Sir Winston Churchill engraved on it. There are all some items really worth collecting.