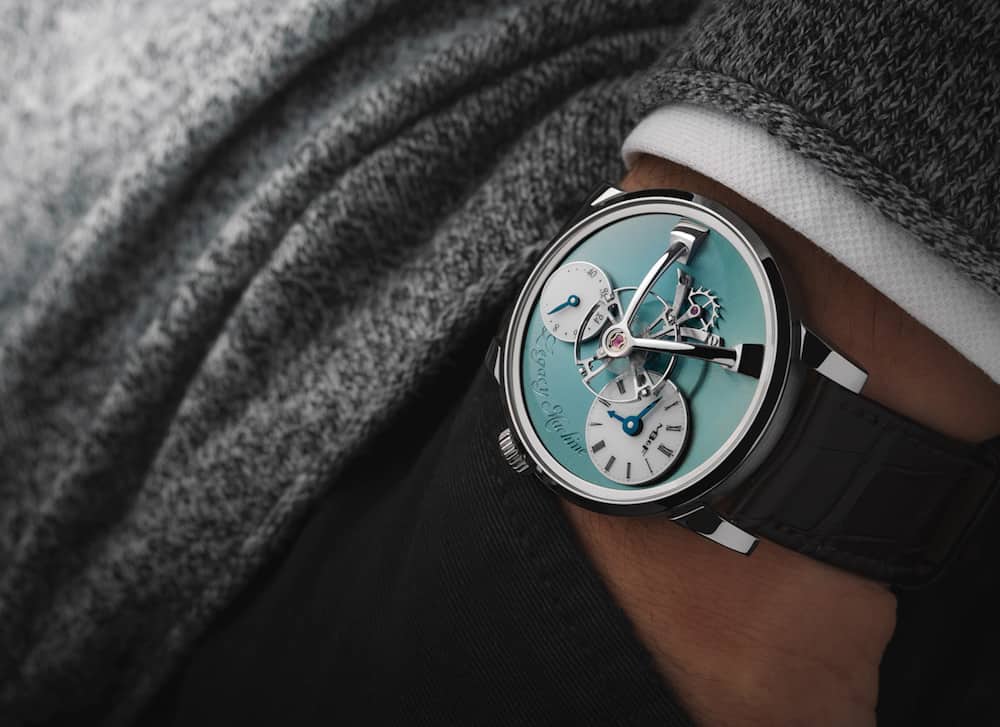 Maximilian Busser and Friends, or simply MB&F, recently expanded their impressive Legacy Machine 101 range with a superb palladium edition, that’s going to be produced in a limited run of just 18 models. Launched back in 2014, the LM101 was the first watch with a movement that was entirely developed in-house by MB&F and today the Legacy Machine 101 Palladium is actually the first MB&F piece finished in palladium.

This rare silvery white metal contrasts beautifully with the sunray dial of the watch, that has different shades of pale blue, light green and even grey, depending on the light. The new LM101 comes with a suspended balance wheel, that’s responsible for regular precision, and two white subdials which seem to hover right above the sunray-engraved dial.

At the top right you’ll find the hours and minutes, displayed by small, blue hands, juxtaposed with the immaculate white of the subdial, while the second subdial displays the 45-hour power reserve at 6 o’clock. This smaller dial basically shows you how much power remains in the mainspring and when it needs to be wound next. 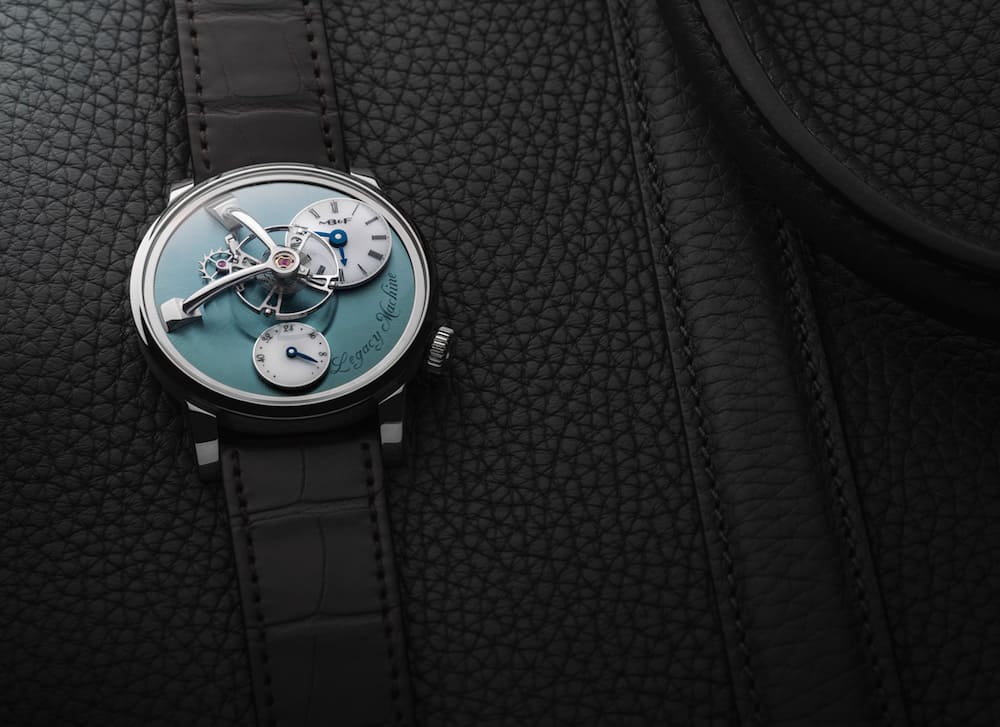 The Legacy Machine 101 Palladium edition is protected by a sapphire crystal that seems to be invisible, creating the illusion that you can reach out and touch the delicate balance wheel that’s handing from two arches above the dial. The twin arches that support the balance wheel have been milled from a solid block of metal and required hours and hours of hand polishing to get this mirror-like finish.

In you turn the watch around you’ll have a chance to take a closer look at its exquisite movement, that features hand polished bevels, undulating Geneva waves, countersunk screws and gold chatons. The unique architecture of this hand finished movement was made in-house by MB&F while the finishing touches have been imagined by the acclaimed Finnish watchmaker Kari Voutilainen.

MB&F’s Legacy Machine 101 was initially launched in 18k red or white gold, then it was released in two limited ‘Frost’ Editions with 18 and 33 pieces, followed by a platinum 950 version that was also produced in 33 units. But this new Palladium model might be our favorite. 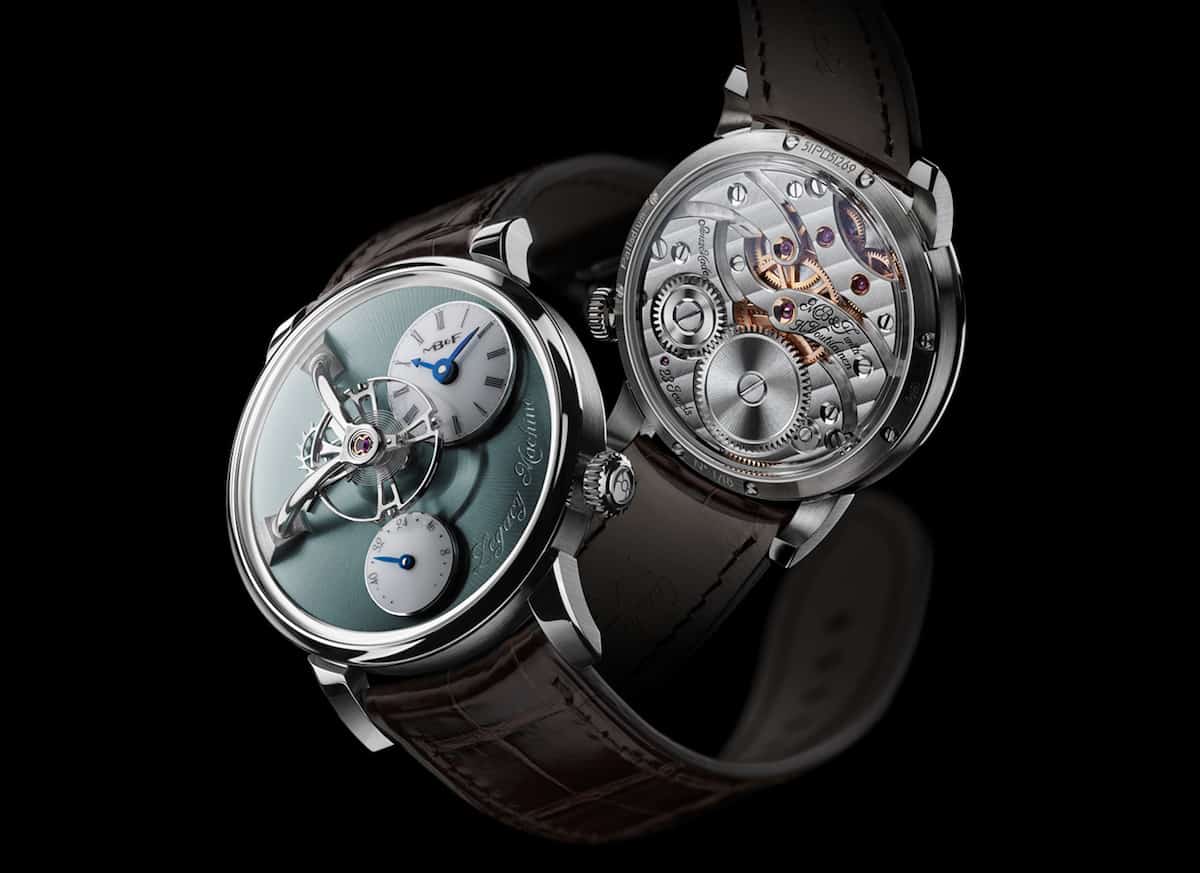 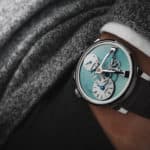 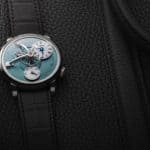 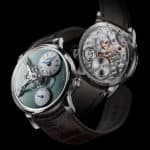 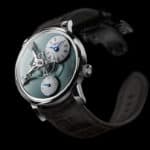 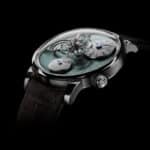 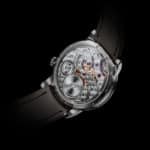 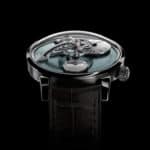 Tags:
Previous Article
3 Quality Sleep Secrets of the Wealthy
Next Article
The new Bandit9 EVE 2020 Motorcycle Welcomes You to the Dark Side 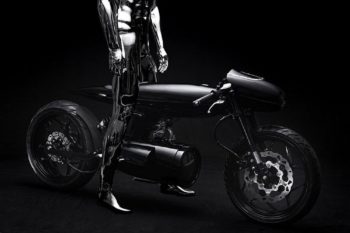