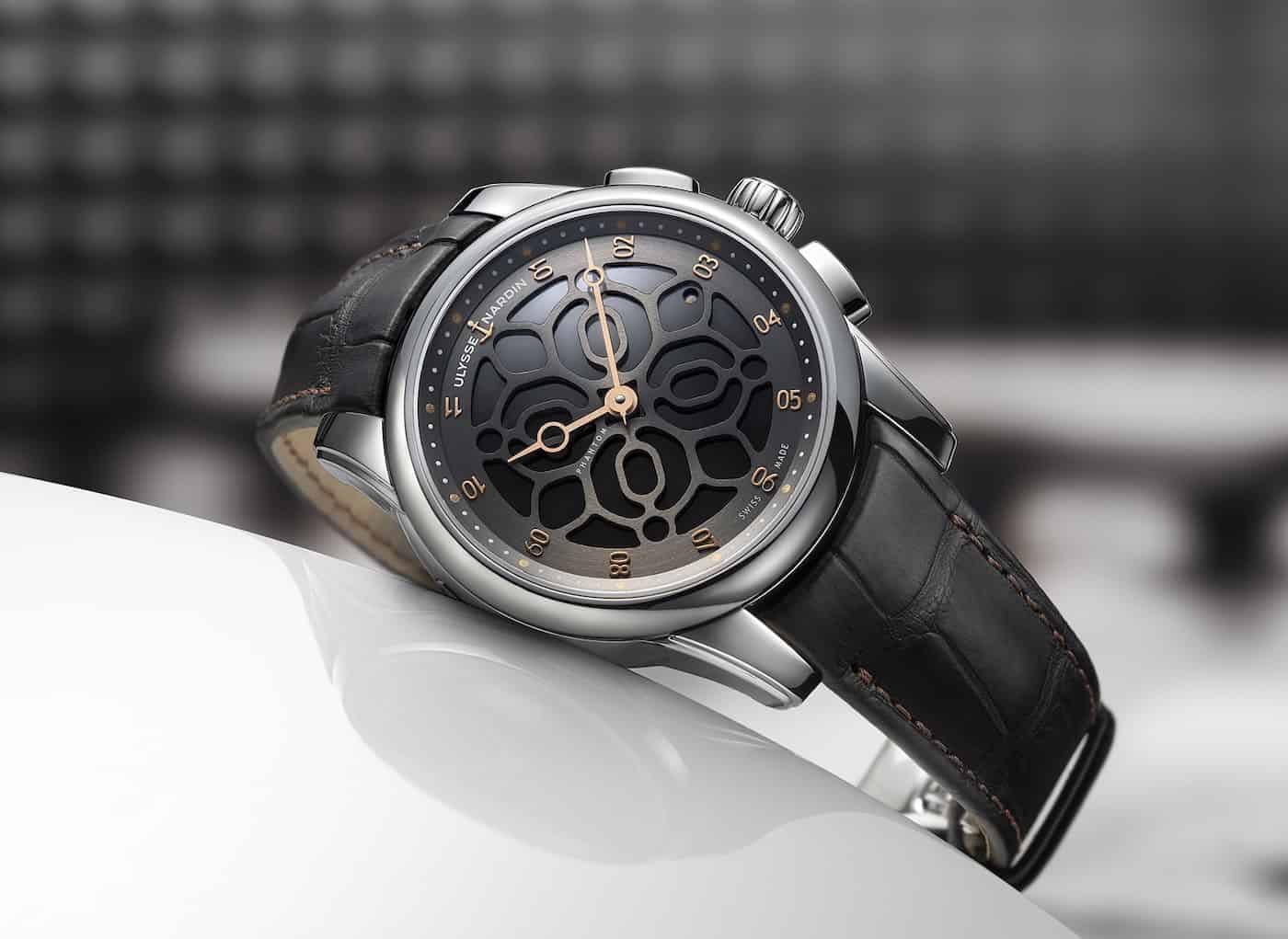 The famed Swiss watchmaker Ulysse Nardin started a unique partnership with the well known market leader in speaker systems, Devialet, to create their latest timepiece, the Ulysse Nardin Hourstriker Phantom. The watch thus gets the best of both worlds, luxury watchmaking and superb acoustic performance and unmatched sound quality.

The Ulysse Nardin Hourstriker Phantom Limited Edition Watch comes with an outstanding sound output, going up 85 dB to 100mm, which was unheard of in the watchmaking industry. The wonderful chimes can be heard on the hour and half-hour or on command by depressing one of the two case pushers.

Given the sound performance, a challenge in the making of this timepiece was keeping the case within reasonable dimensions. Ulysse Nardin has managed to do that and kept the case of the Hourstriker Phantom robust and with a diameter of only 43 mm. Water resistance has had to suffer though, being only 30 meters. The case also comes with a few perforations for improved sound quality. 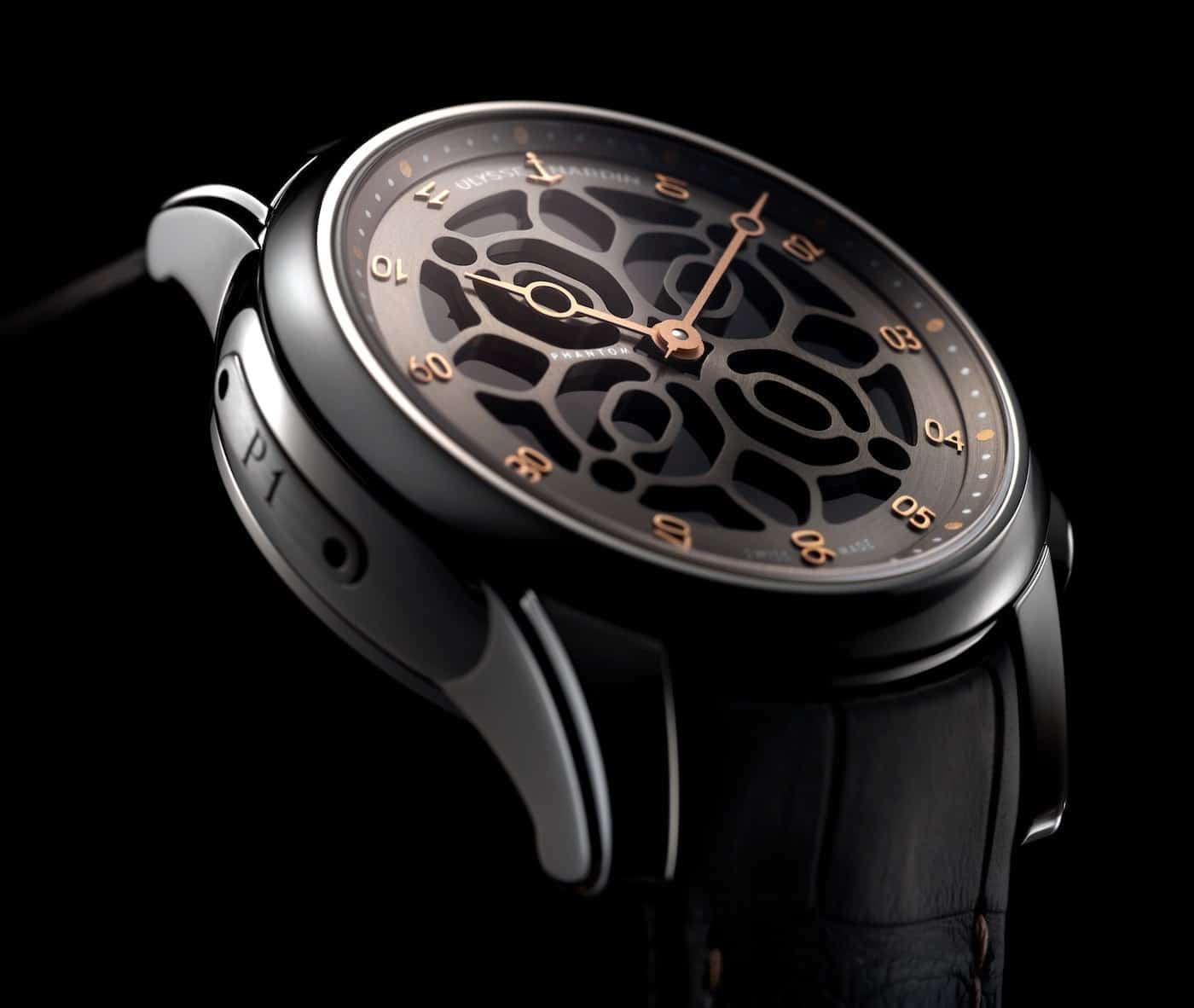 The Ulysse Nardin Hourstriker Phantom comes with the self-winding UN-610 movement and a total of 42 hours of power reserve. The movement also holds importance when talking about the quality and clarity of the sound, which were obtained via an alteration to how the ‘timbre’ is fixed in place. The timbre is that piece struck by an internal hammer to emit vibrations in the air around, thus producing the sound.

The new Ulysse Nardin watch comes with a striking dial design drawing inspiration from Chladni’s figures which are formed by vibratory waves. The Arabic numerals on the dial come with an unusual orientation, reminding of Ulysse Nardin’s nautical history. The Ulysse Nardin Hourstriker Phantom Limited Edition Watch comes with a price tag of a little under $73.000 for each of the 85 pieces made in total. 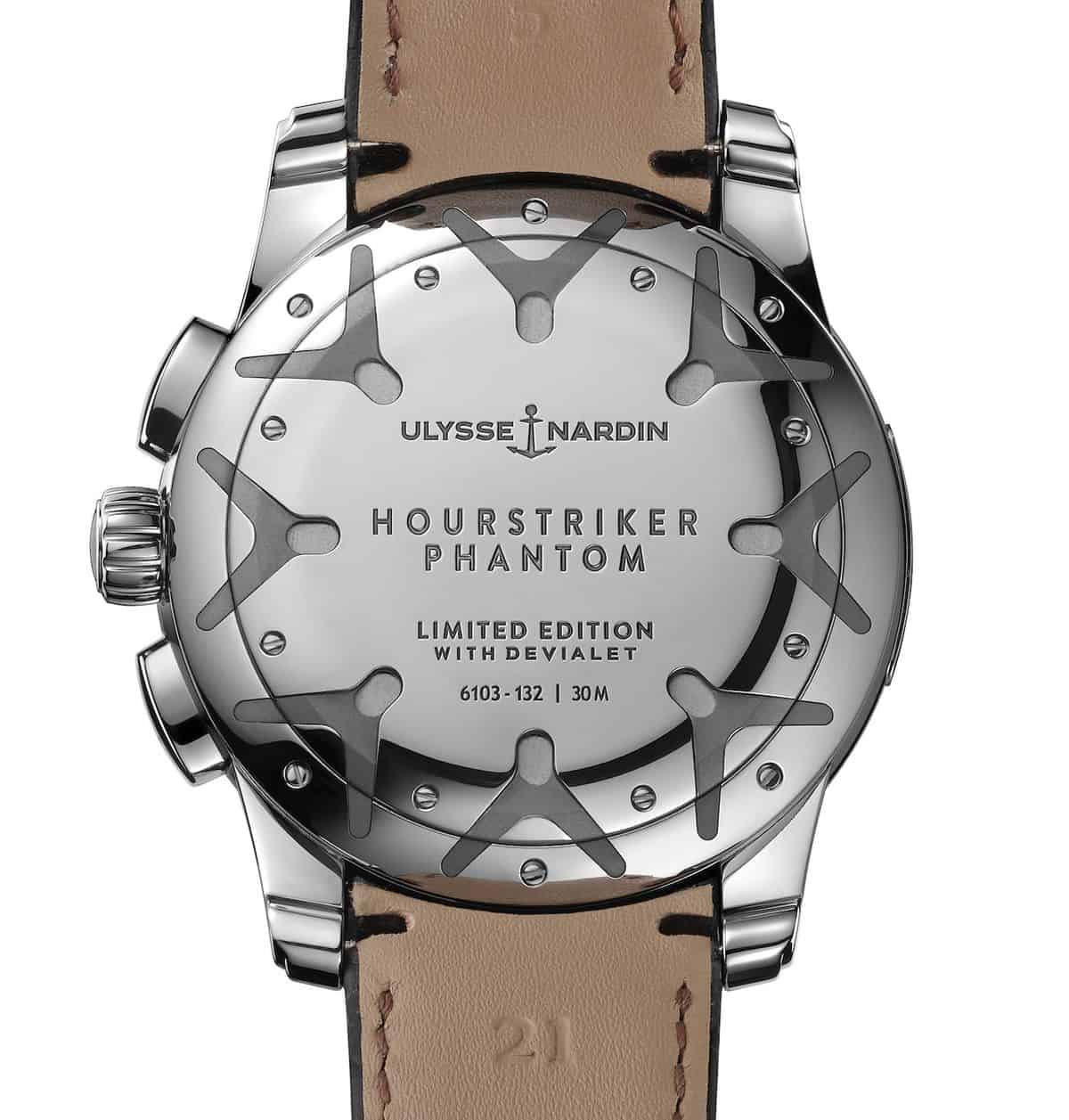 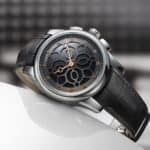 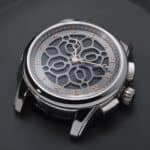 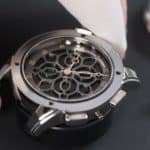 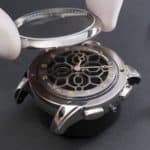 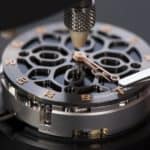 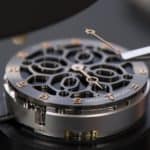 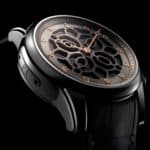 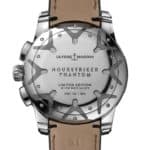 Tags:
Previous Article
Mr. Chow’s Museum-like Mega Mansion is On Sale Again
Next Article
How to Get the Most Luxurious Sleep