There are 1000 Reasons You Will Want a Ferrari SF90 Spider 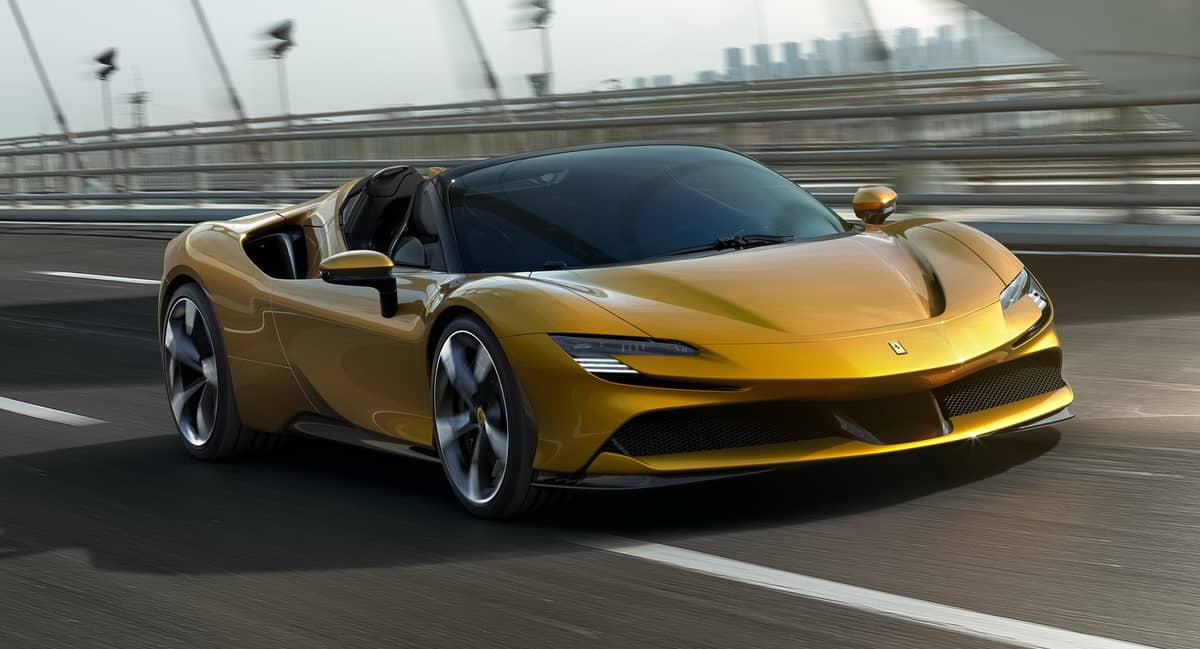 Prancing Horse fans are probably going nuts right now, and.. hey, there are plenty of things to go crazy about. Ferrari has just revealed the new SF90 Spider, the topless version of the incredible SF90 Stradale, and we’re all in awe!

As expected, the new Ferrari SF90 Spider features the same electrified powertrain as its sibling, which means the lucky driver of this beauty will get to enjoy 986 HP (1,000 PS) and 664 lb-ft (900 Nm) of torque. What did I say? Crazy! 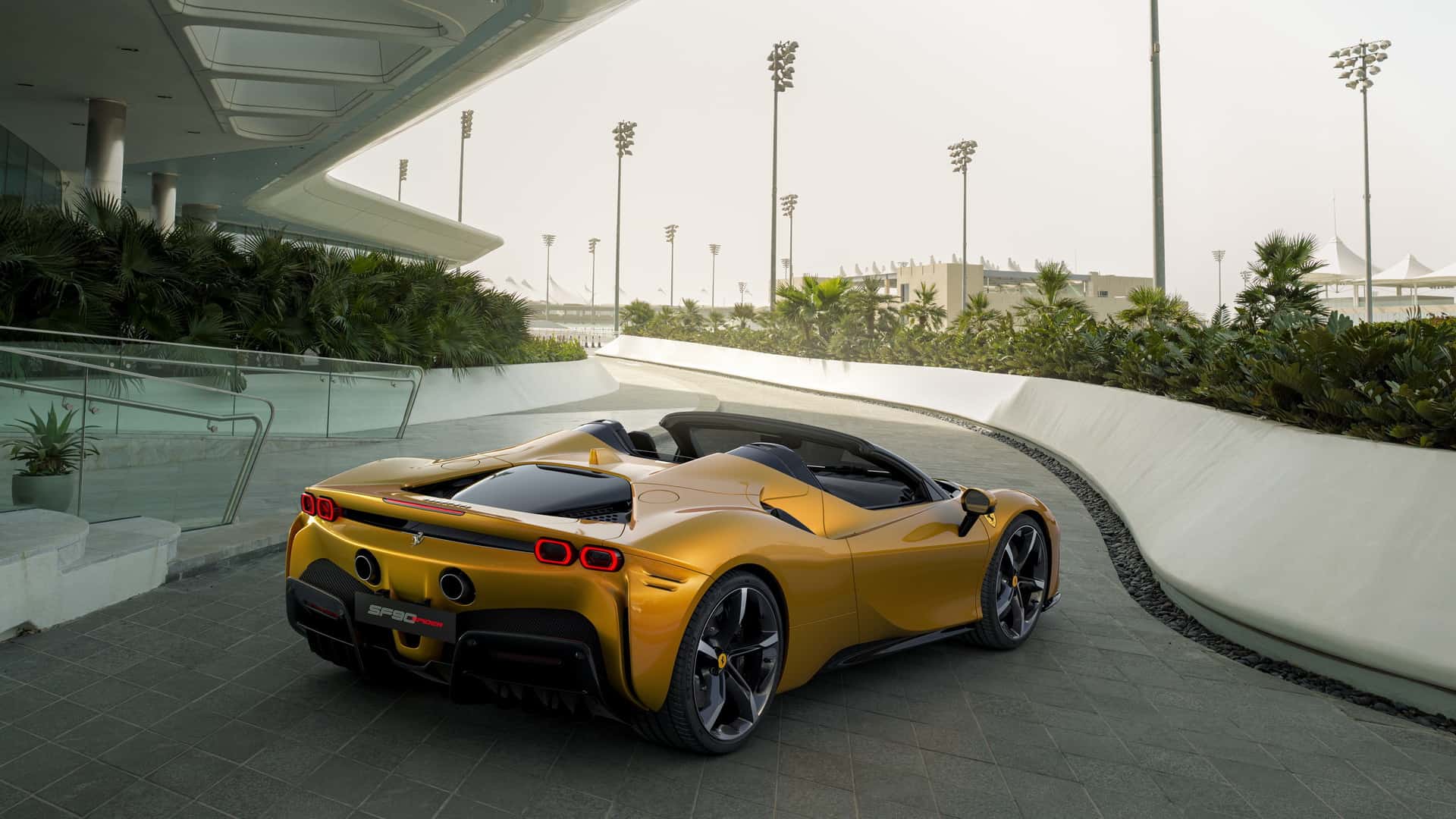 Those astonishing figures are possible thanks to a massive twin-turbo V8 engine producing 769 HP (780 PS) that works alongside not one, not two, but three electric motors adding an extra 217 HP (220 PS).

The SF90 Spider also brags about AWD and the most sophisticated eight-speed dual-clutch automatic gearbox the Italians have ever made. What more could you ask for? 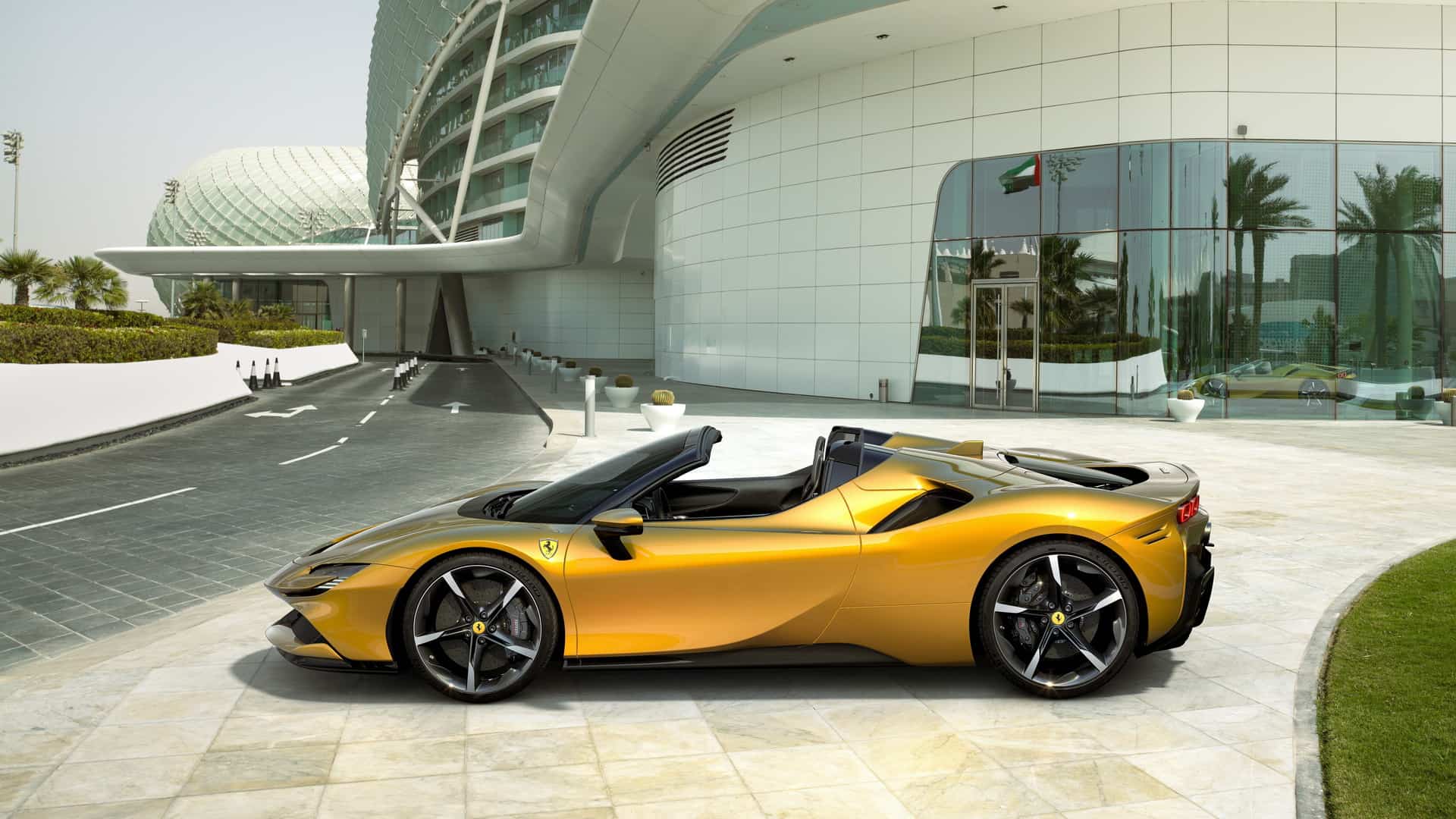 But there are a few disadvantages to the SF90 convertible, such as the added weight, due to the necessary chassis reinforcements and the roof mechanism. Ferrari’s retractable hardtop takes up just 100 liters of space when folded away. It also comes with an adjustable electric rear window and requires just 14 seconds for its operation – a bit much, but we’ll let it slide. 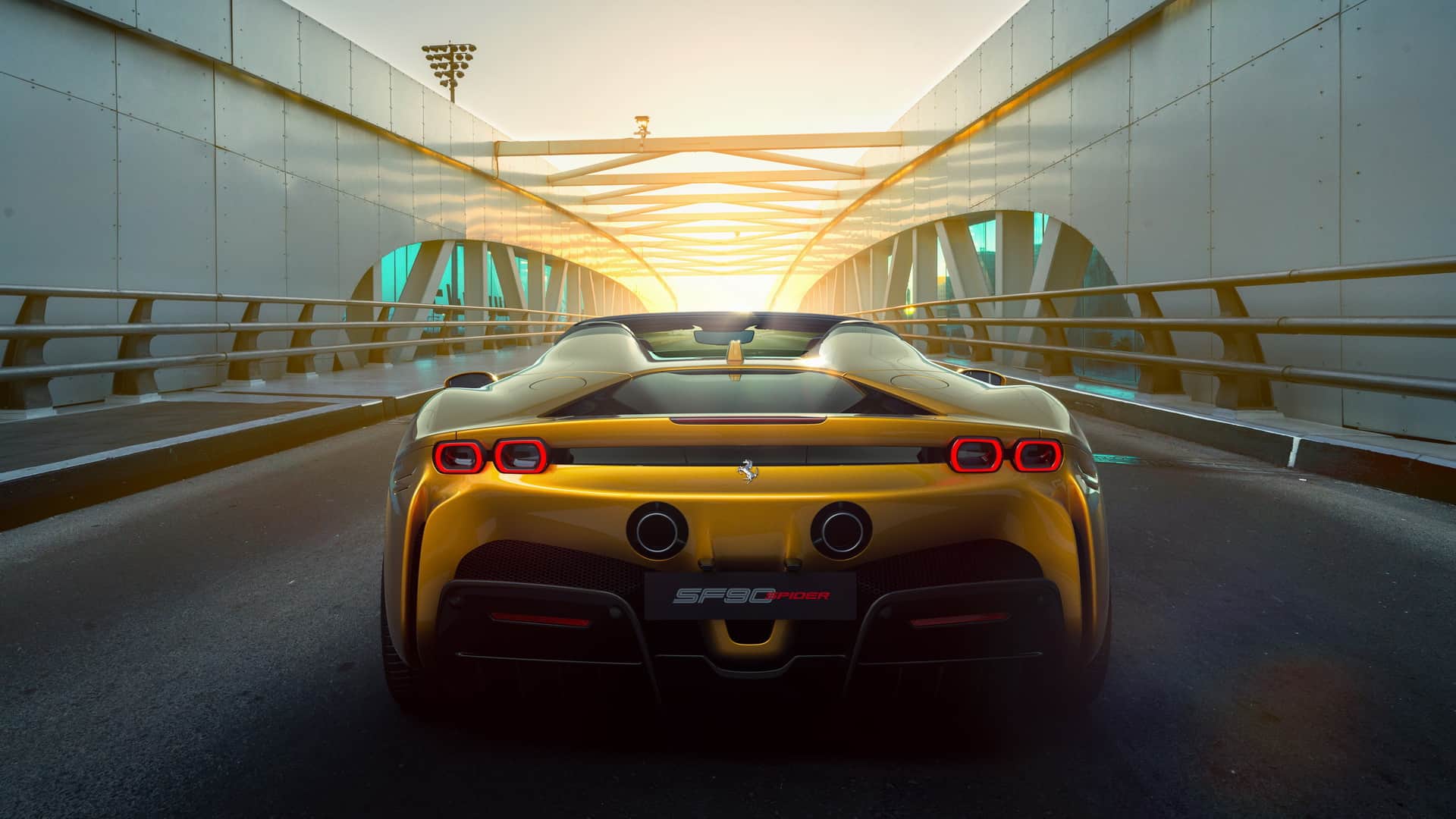 Sure, there are a few other details, which Ferrari mentions, such as the fact that the cockpit has shifted forwards, the roof has been lowered, and the car’s A-pillars are a little bit thinner – this thing is safe, don’t worry.

On the inside, we find the familiar and cool SF90 Stradale; packing a 16-inch high-definition digital instrument cluster – curved, for your pleasure, a heads-up display and Ferrari’s latest touch-sensitive controls on the steering wheel and dashboard. The 2021 Ferrari SF90 Spider will be also delivered accompanied by an extended 7-year maintenance program. 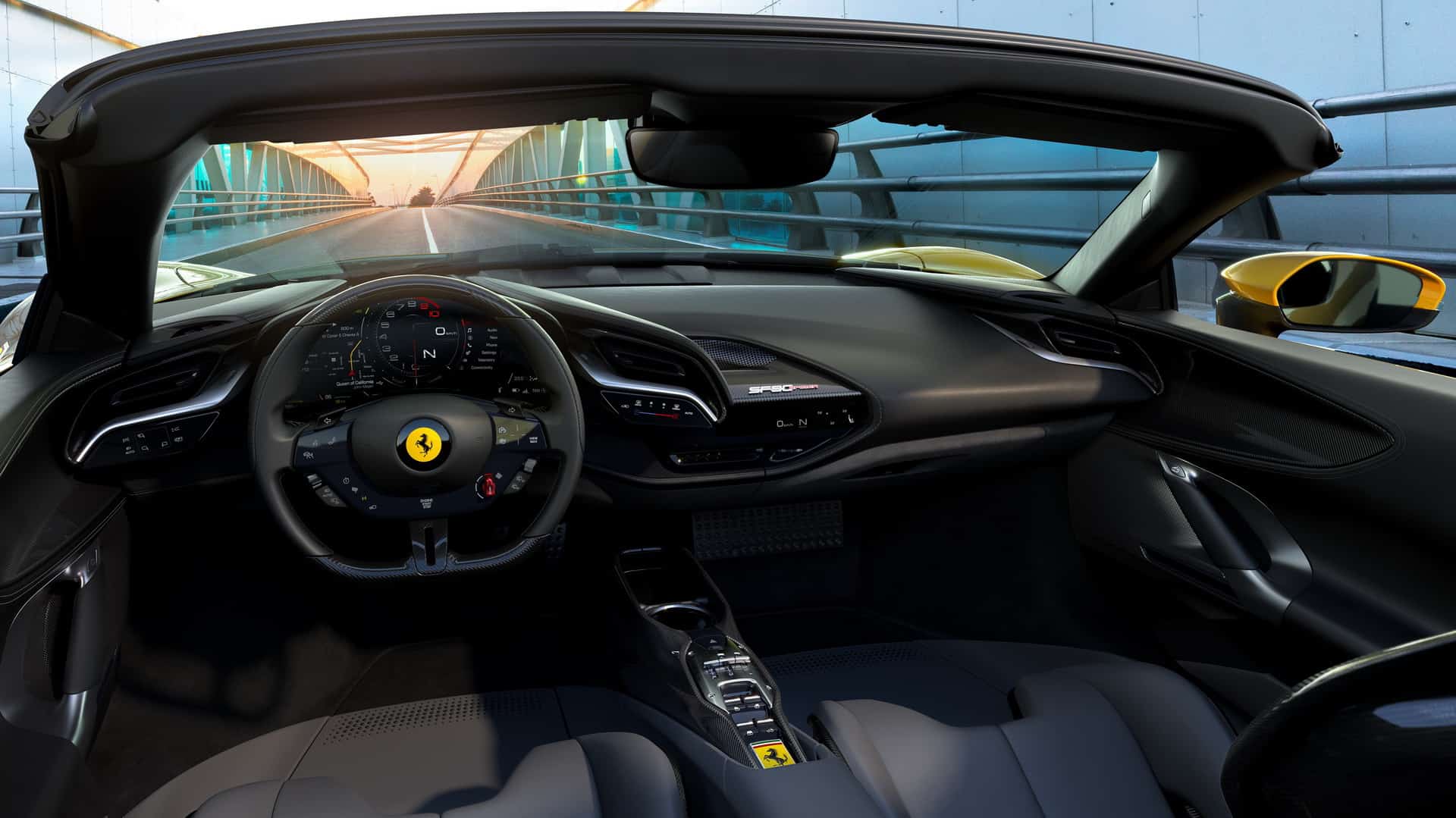 But more is always better, which is why the Italians will gladly add the optional Assetto Fiorano pack, which includes a set of Multimatic dampers for some extra fun at the track, and various carbon fiber and titanium components that shave 21 kilos off the scale. I would go for the two-tone livery.

Go beyond imagination with the Ferrari SF90 Spider 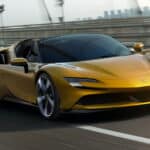 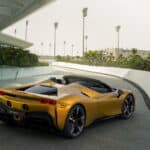 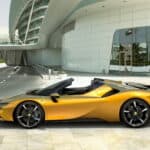 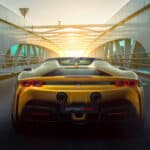 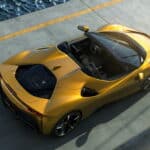 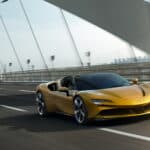 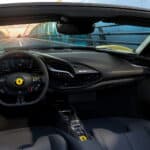 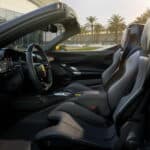 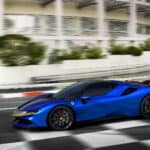 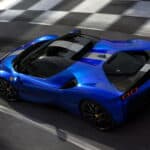 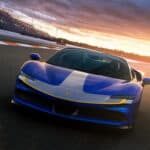 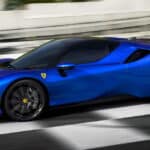 Tags
Previous Article
Treat Your Eyes To The Master & Dynamic & Oliver Peoples Collection
Next Article
Yacht Concept Of The Day: The UP40 Explorer by Antonini Navi