Water. One of the most essential ingredients of life, one without we can’t live at all. While for many of Earth’s inhabitants, running water is something normal, and drinking it from the tap is something as common as breathing, for some, the reality is that water has a price, and sometimes it’s a high one.

For some people, buying drinking water is a necessity. But how much would you be able to spend on a small 750 ml bottle of water? Regular water found in most convenient stores may cost less than a dollar, some may go even beyond one dollar, but that’s usually the price most people would pay for water.

On the other hand, there are others who believe that their expensive water tastes a lot better than that of cheaper brands. And they will happily spend a lot more money on a small bottle, simply because they believe in the brand. If you’ve curious about how high the price for a bottle of water can get, read on to find out. You might end up very surprised by what you’ll find out.

Here are the 10 most expensive bottled waters in the world (prices are calculated for a 750ml bottle: 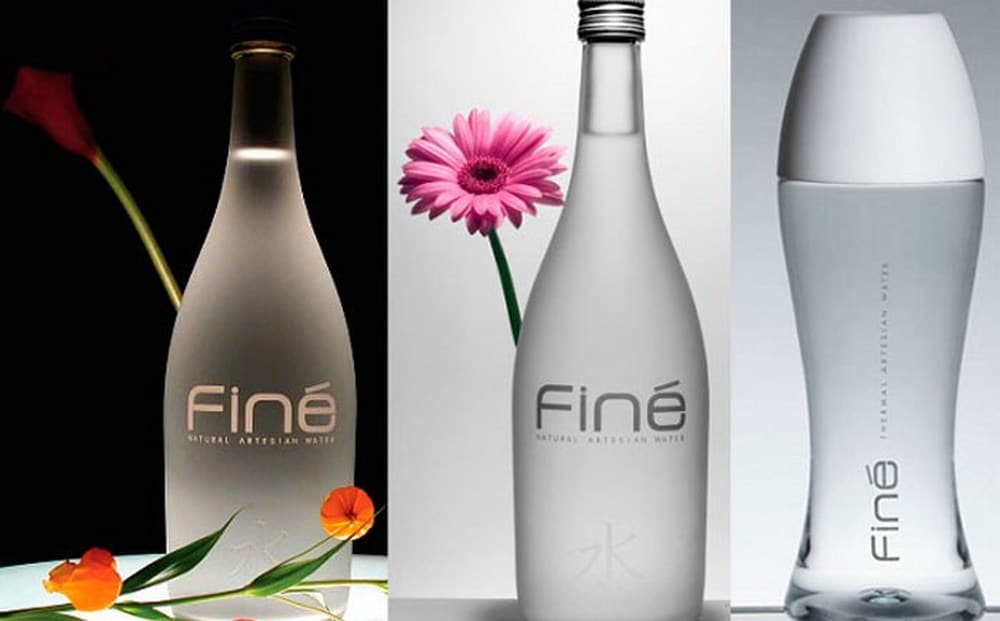 Fine is a Japanese bottled water that has been through a natural filtration process deep below Mount Fuji, passing through ages old volcanic rock. The water is known as very rich in minerals and without ever touching man made pollutants.

And we believe it, since it springs from somewhere very deep as opposed to other waters from shallow springs. The subtle flavor is distinct and soft to the palate. The brand was born in 2005, and its high quality water, sold for $5 per 750 ml, became one of the most expensive in the world. 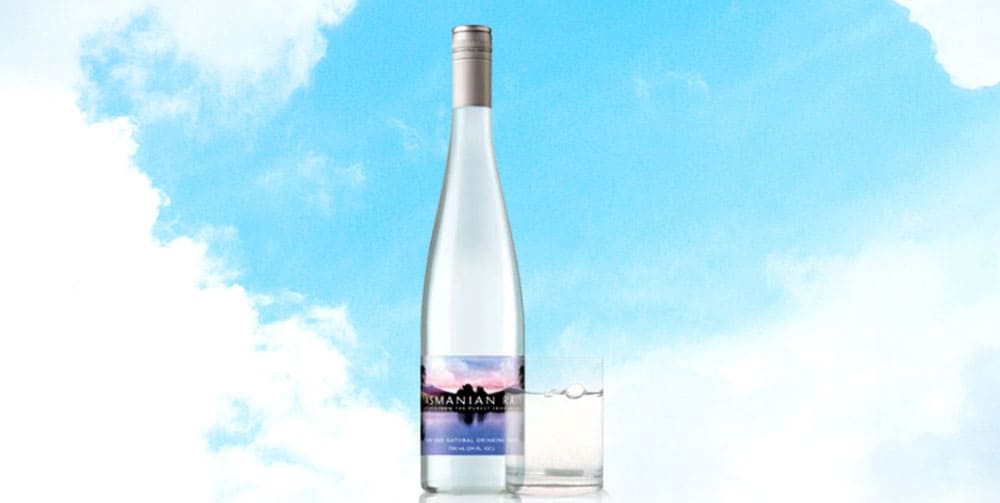 The name almost says it all. Tasmanian Rain. It’s Australian, from the very island of Tasmania and it’s considered pure due to the fact that it’s actual rain water, collected and bottled into nice and sleek looking glass bottles.

What makes it so special – you might ask – is that Tasmania has the cleanest air in the world, with only 17 parts per million of dissolved solids, making for the purest rains possible. The water from a bottle of Tasmanian Rain never actually touches the ground and is known to be one of the healthiest in the world. But you’d have to pay $5 for a 750 ml bottle. 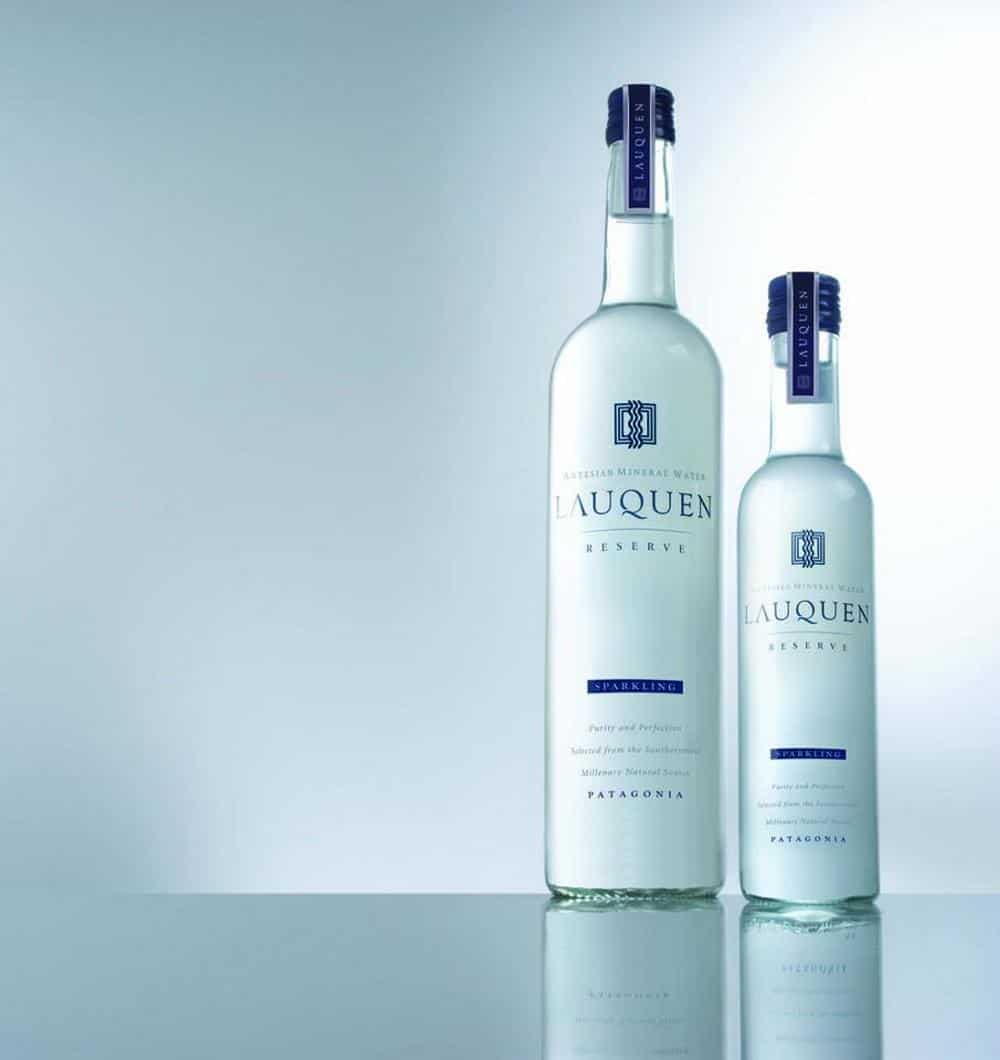 The Lauquen Artes Mineral Water, also known as the Artesian Spring water, comes from a mountain fed aquifer near San Carlos de Bariloche, Argentina, one of the most southern and cleaner places in the world. The spring depth is 500 meters and it’s surrounded by around 20 acres of pristine forest. The water has a constant temperature of 4 degrees Celsius and doesn’t come in contact with the outside environment before it’s bottled and sold for $6 per 750 ml. 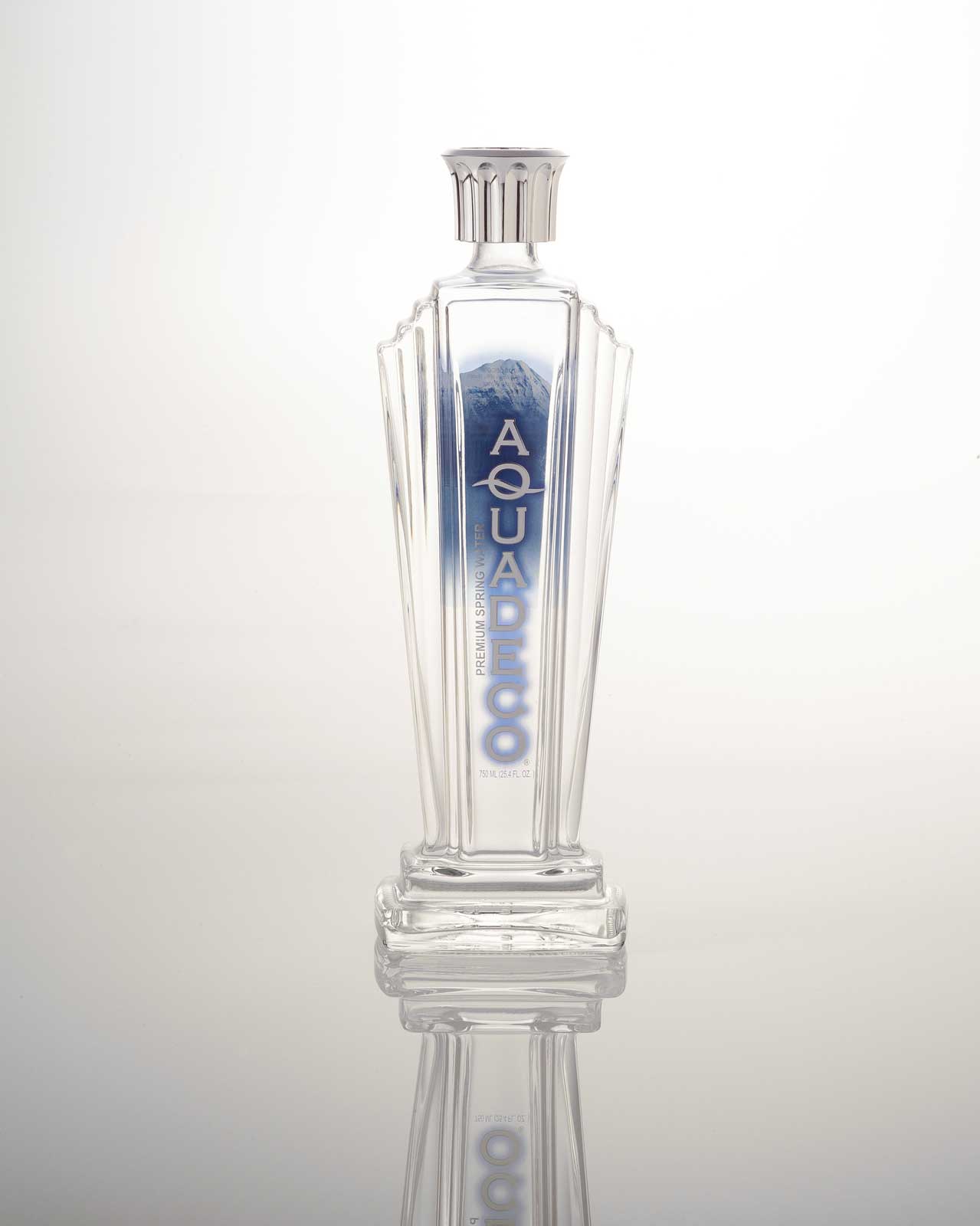 Originating from an untouched spring in Canada, the Aqua Deco bottled water comes with some artistic impressions beyond its purity and a gold medal for being the best non-carbonated drinking water in the year 2007.

The artistic side of it is featured by the stylish artsy bottles it comes in. Found mostly in high end restaurants, hotels and spas, it sells for a good $12 per 750 ml bottle. 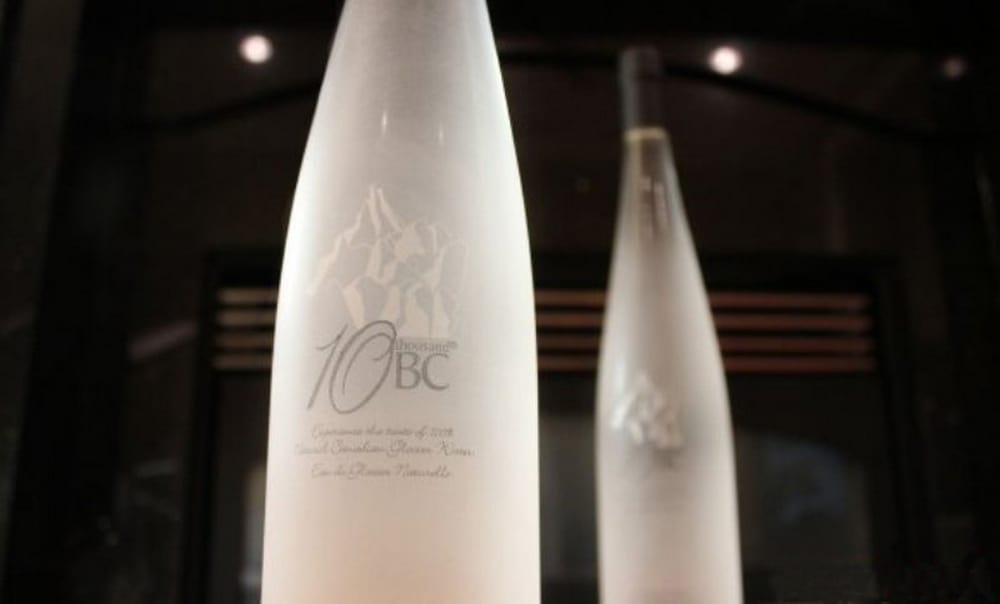 With a name to impress, 10 Thousand BC springs from a source off the coast of Canada, far away from any human contamination and pollutants. The area is the Hat Mountain Glacier in British Columbia, Canada, which is a three day away from any sign of civilization.

The company wanted to create a pure and sophisticated product, and they’ve succeeded. 10 Thousand BC is a world class bottled water selling for $14 per 750 ml. 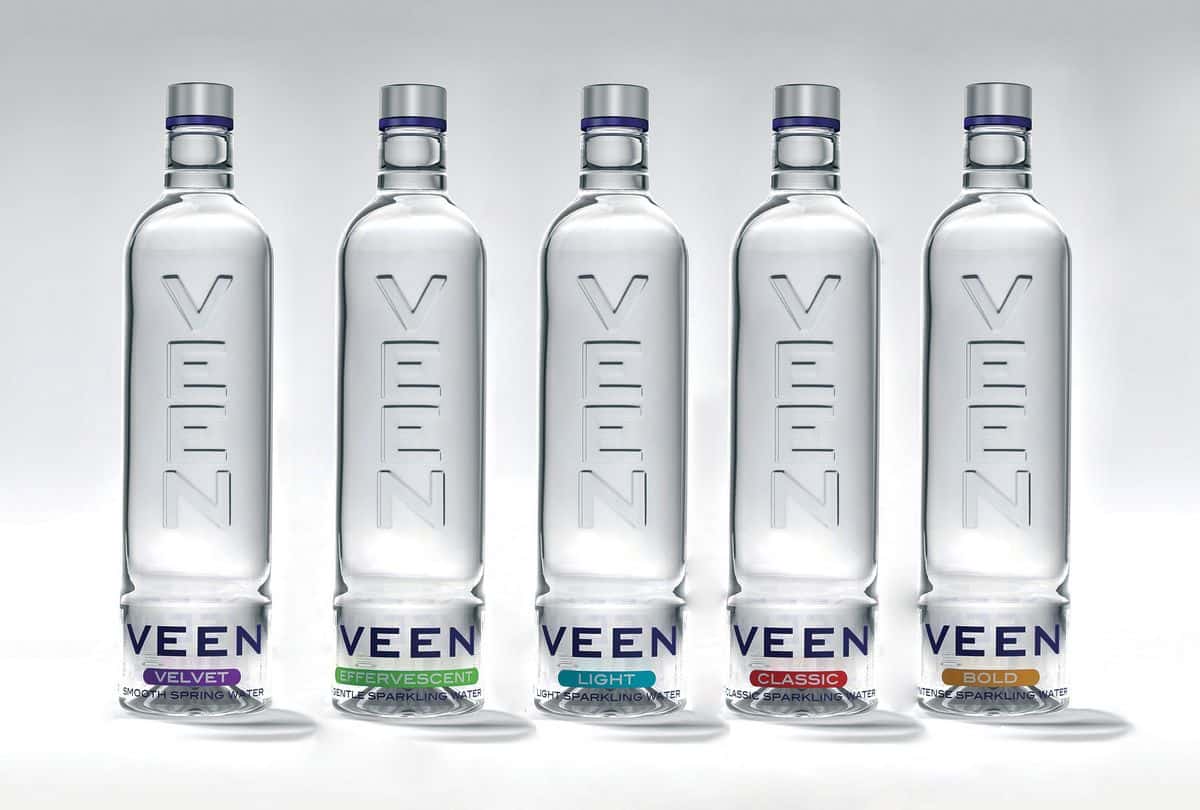 Veen comes from another far away land, the Finnish Lapland, and is one of the freshest and most pure waters on the globe. Springing from outside the small village of Tengelio in Finland, the water is filtered naturally in the arctic area before reaching collection points.

Veen is a superior rated drinking water, with a smoothness so sought for, despite its selling price of $25 per 750 ml bottle. 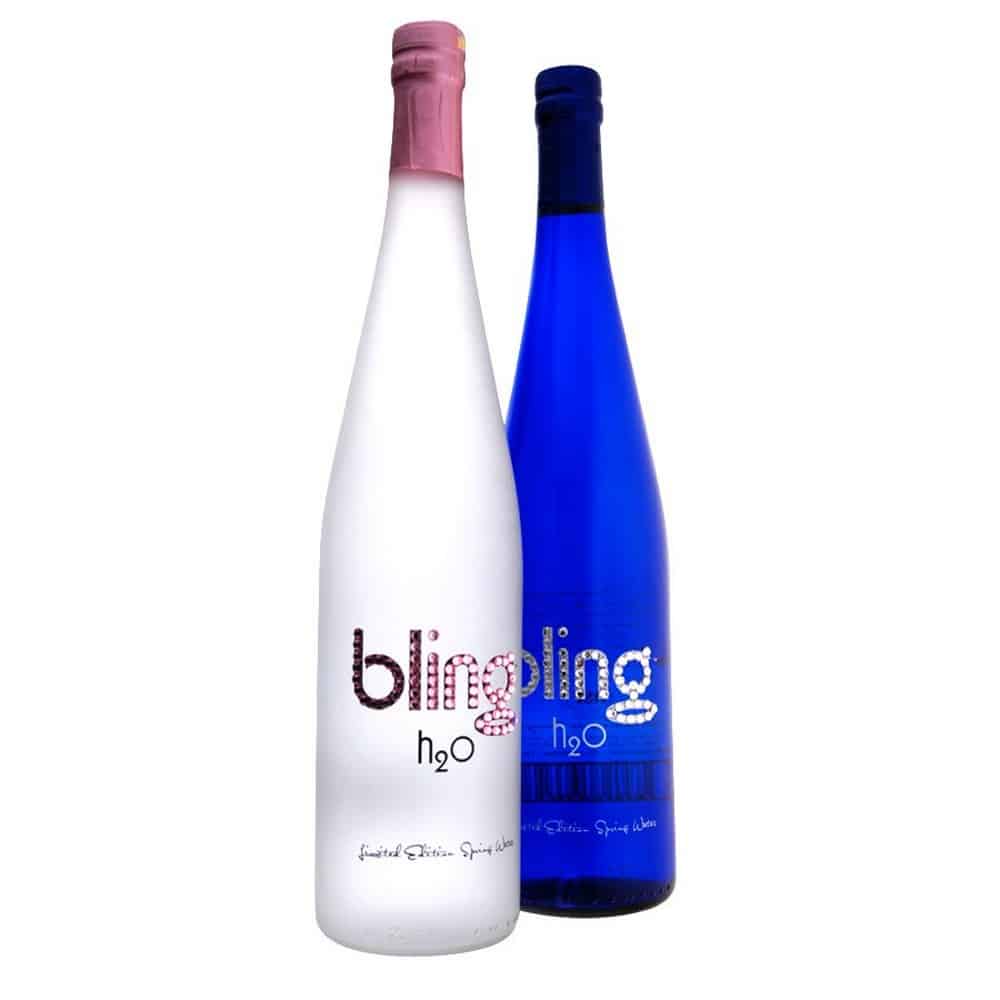 Bling H2O comes from the English Mountain Spring located at the base of the Great Smoky Mountains of Tennessee. It gets through a rigorous 9 step purification process that gives it the award winning taste.

It’s a sophisticated water found in top restaurants, bars and spas, that feels more like a champagne than plain water. But those who believe in it, they’re ready to drop a good $40 per 750 ml bottle. 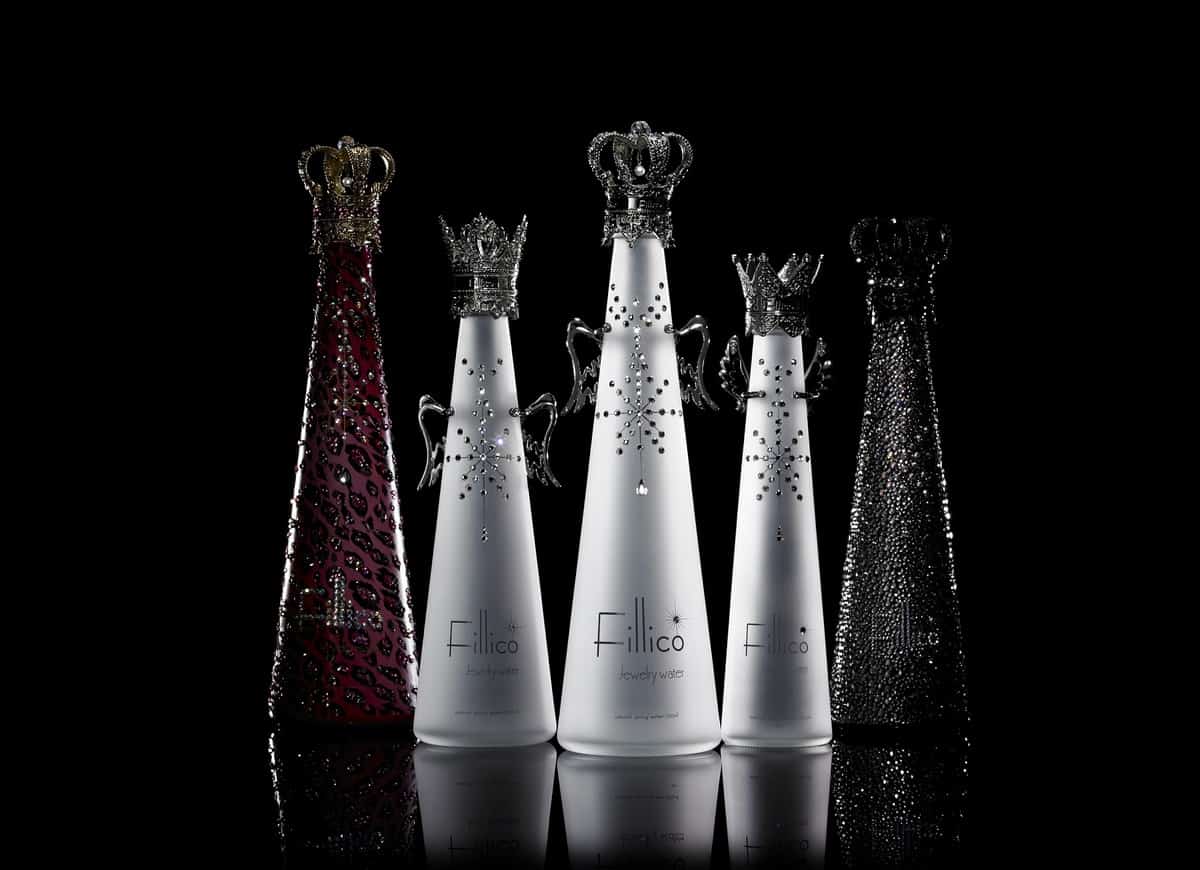 At first, Fillico might seem like a weird addition to the market, with their extravagant bottles adorned with Swarovski crystals, but in fact, they represent the King and Queen pieces of Chess, and represent royalty.

But there’s more luxury beyond the bottles alone, as the water springs from the famous Nunobiki spring in Kobe, Japan, used primarily by a Sake producer in Kobe. The price for one 750 ml bottle of Fillico rises to $219. 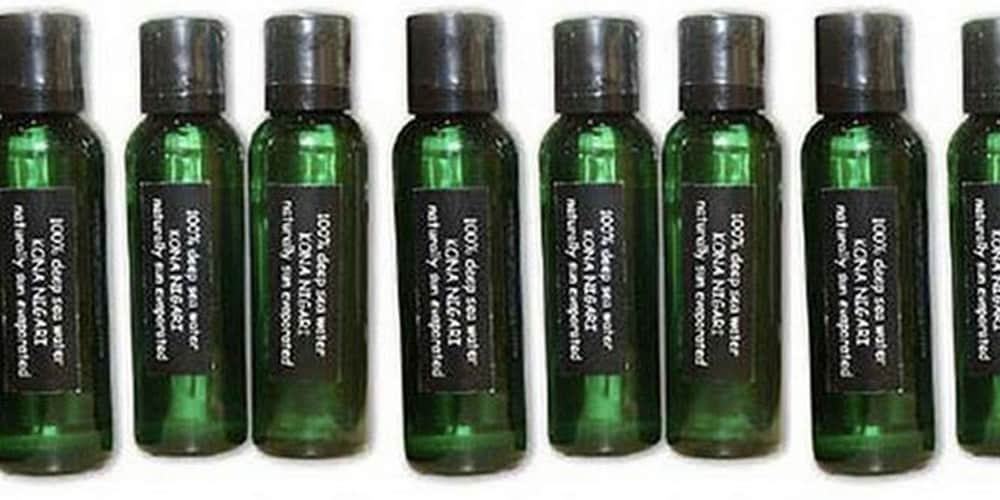 Hawaii rings a bell in many people’s minds, but we bet you didn’t know about the Kona Nigari Water that springs from a source on a Hawaiian island, deep below the surface of the ocean. The water is known to contain ocean electrolytes that not only satisfy your quenching thirst, but helps as well with losing weight, energizing and improving the skin quality.

It’s recommended by a lot of dermatologists and fitness trainers in the world and sells for a whooping $402 per 750 ml bottle, making it the second most expensive bottled water in the world. 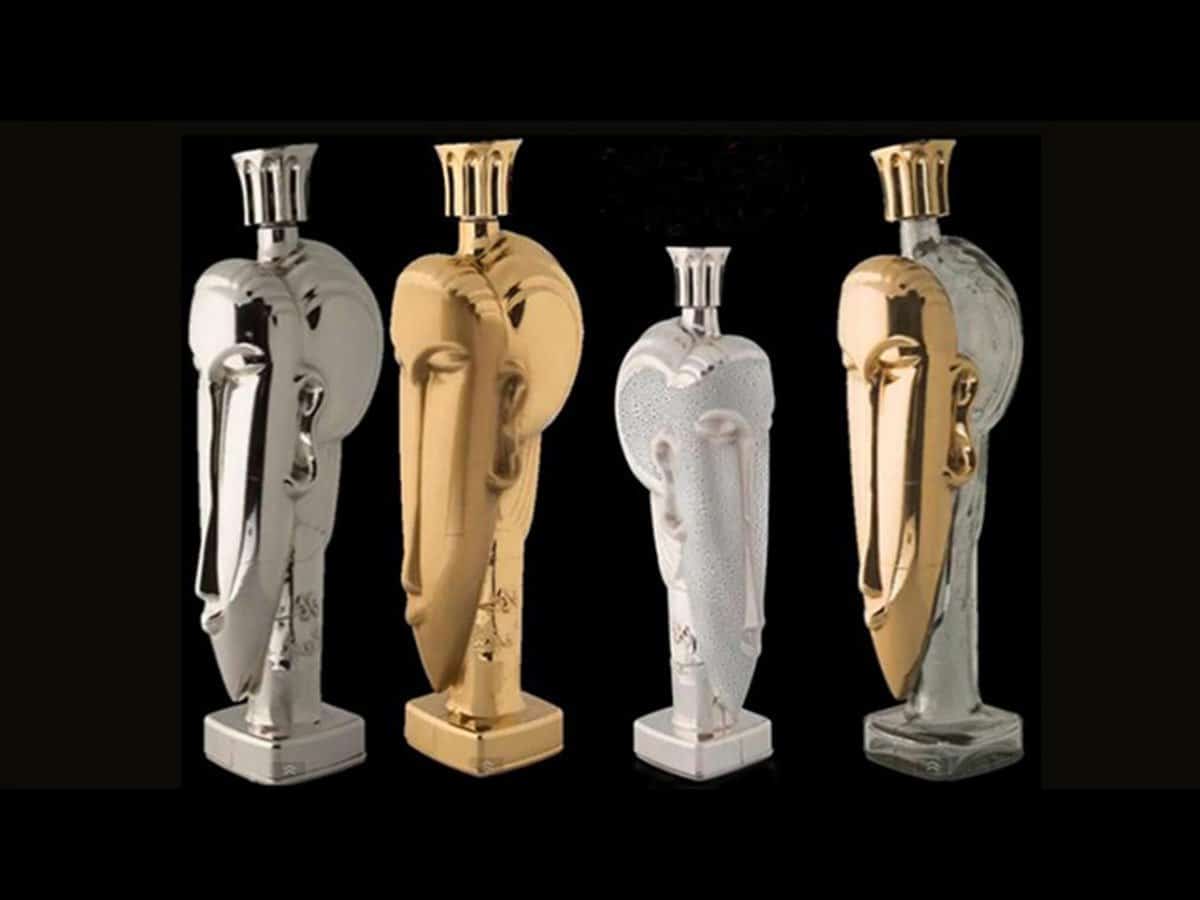 Coming from natural springs in France and the island of Fiji, the Acqua di Cristallo Tributo a Modifgliani is bottled in a 24 karat gold bottle. If the water is somehow magical or if it’s only about the super expensive bottle, we don’t know but we assume the latter.

Selling for an unbelievable $60,000 per 750 ml, this is the most expensive water in the world. Some say it has a distinct enticing flavor and a nice softness to it that will impress even the best water connoisseurs, but we still bet on the gold bottle and not the water in itself.