The Top 10 Most Amazing Fjords in the World

Though usually associated with Norway, fjords are found in many places throughout the globe, such as Alaska, Chile, New Zealand, Labrador, British Columbia and quite a few more. They are formed by glaciers through cutting a U-shaped valley in the terrain, with some being formed a long, long time ago, and others in the process today.

The word fjord comes indeed from Norwegian and it means a long narrow body of water, channel or inlet. The reason why many people associate fjords with Norway alone is the fact that this country does have some of the most impressive fjords in the world, thus making it the prime tourist attraction when it comes to these monumental land formations.

Let’s now take a look at The Top 10 Fjords in the World, the ones that are the most beautiful and that impress the most: 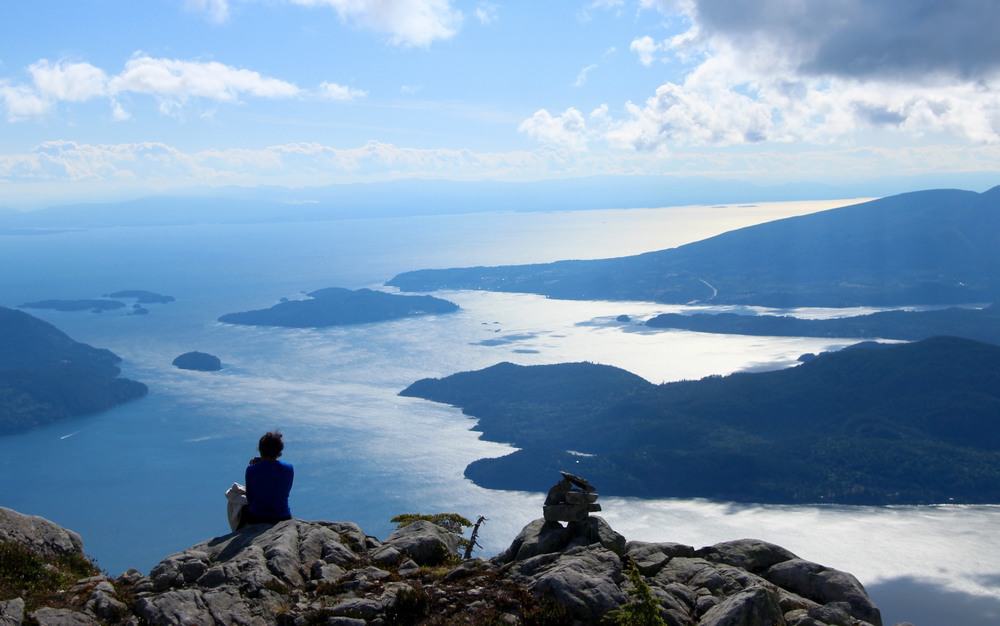 Situated to the northwest of Vancouver, Canada, the Howe Sound fjord is more like a triangular network of fjords and islands, with high peaks sticking out of the sea in a marvelous natural show of beauty.

The fjord’s mouth actually meets the Strait of Georgia and it’s one of those popular weekend getaway locations that can be reached via car, train, water taxi service or ferry between Horseshoe Bay and Langdale. Some of the recreational activities available there are sailing, fishing, diving or hiking the mountains around, making it perfect for locals and tourists alike. 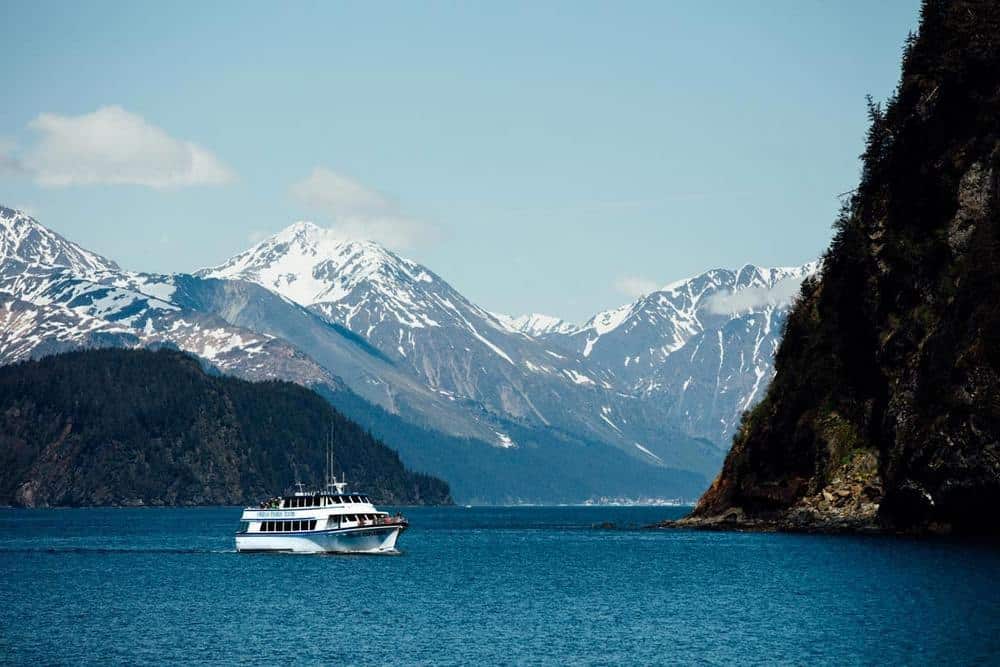 Transformed in a U.S. National Park in 1980 by the Alaska National Interest Lands Conservation Act, the Kenai Fjords embodies part of the Harding Icefield, the largest and one of the four remaining icefields in the United States.

Among majestic glaciers and other impressive land forms, the icefield spawns several fjords as well, with the most significant being the Aialik Bay, Harris Bay, McCarty Fjord and Nuka Bay. The wildlife in the park is at least impressive, the Alaskan brown bears, bald eagles, tufted and horned puffins being some of the inhabitants of the region. 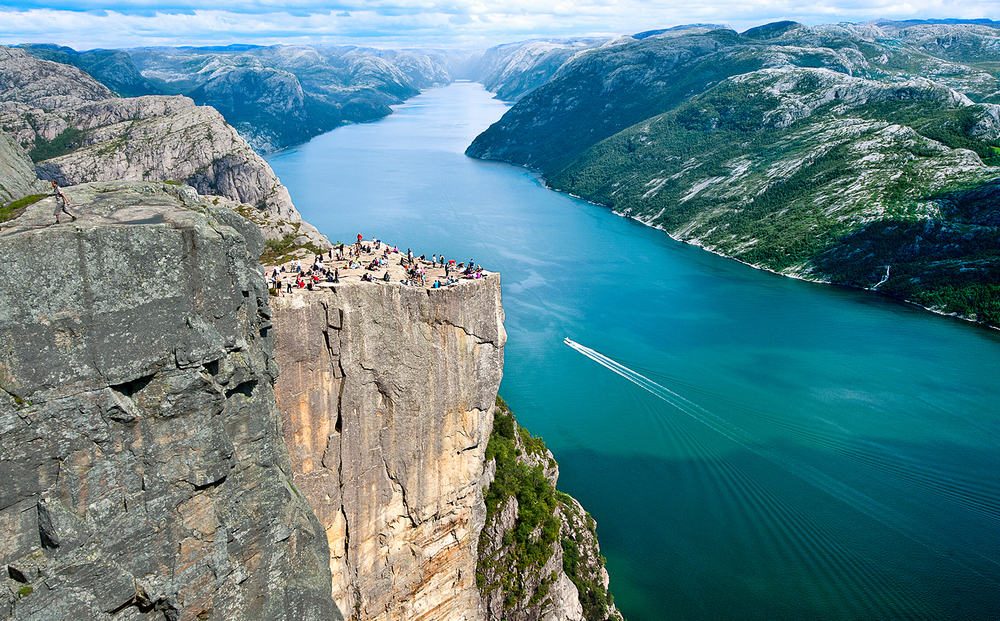 The Lysefjord, name which comes from the lightly colored granite rocks of the fjord’s sides and which translates as light fjord in Norwegian, is located in the south western region of Norway, in between two of the most impressive villages in the world, Forsand and Lysebotn.

The nature and terrain there are inhospitable, with the two villages being surrounded by very tall walls, making the access there very difficult but that’s exactly what makes the area extremely attractive for tourists. The nearby Kjerag Mountain with its splendid sights and the great overview of the surroundings offers a terrific hiking experience for the ones willing to push their limits a little bit. 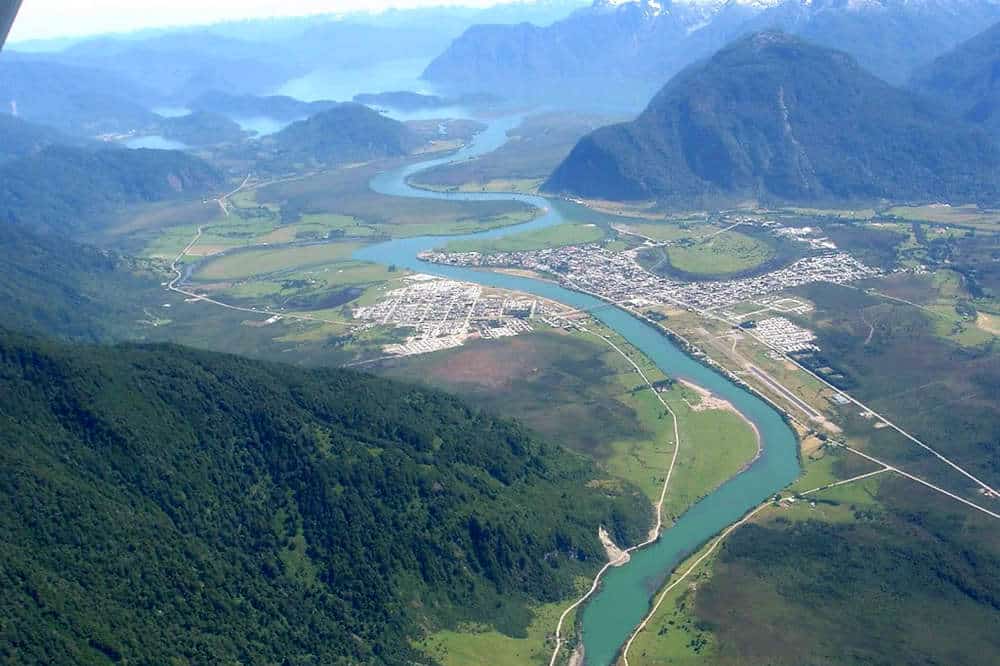 Spreading over a total length of 70 km in the Moraleda Channel region, separating the Chonos Archipelago from the Chile mainland, the Aisen Fjords makes for a great tourist attraction for the serene and beautiful landscape. The fjord is indirectly connected with the open coast of the Pacific Ocean through the Darwin Channel and despite the several minor earthquakes that happened in January 2007, the place remains a great tourist attraction. 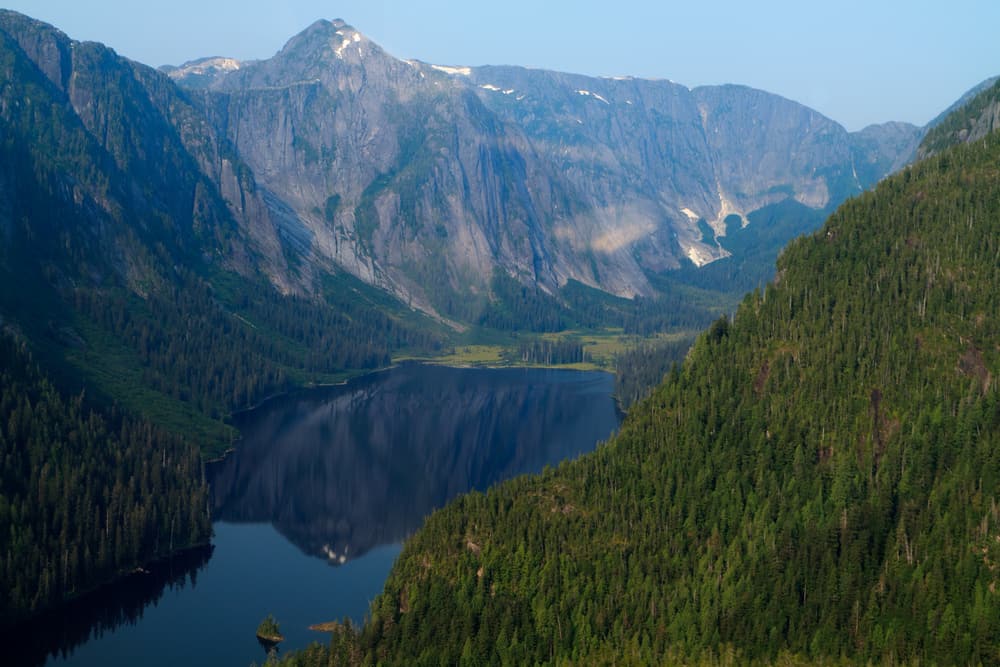 Part of the Tongass National Forest on the southeastern coast of Alaska, the Misty Fjords National Monument with their light colored granite and glacial valleys are a sight not to be missed if ever wandering in the area.

The remoteness and wildness of the area makes its rainforests abound with grizzlies, black bears, mountain goats and deer, providing a unique experience for those who’re looking for great adventures and exploration. One of the best ways to explore the area is by kayaking around for a few days. The region is accessible only via cruise ships or plane, but it’s worth the effort. 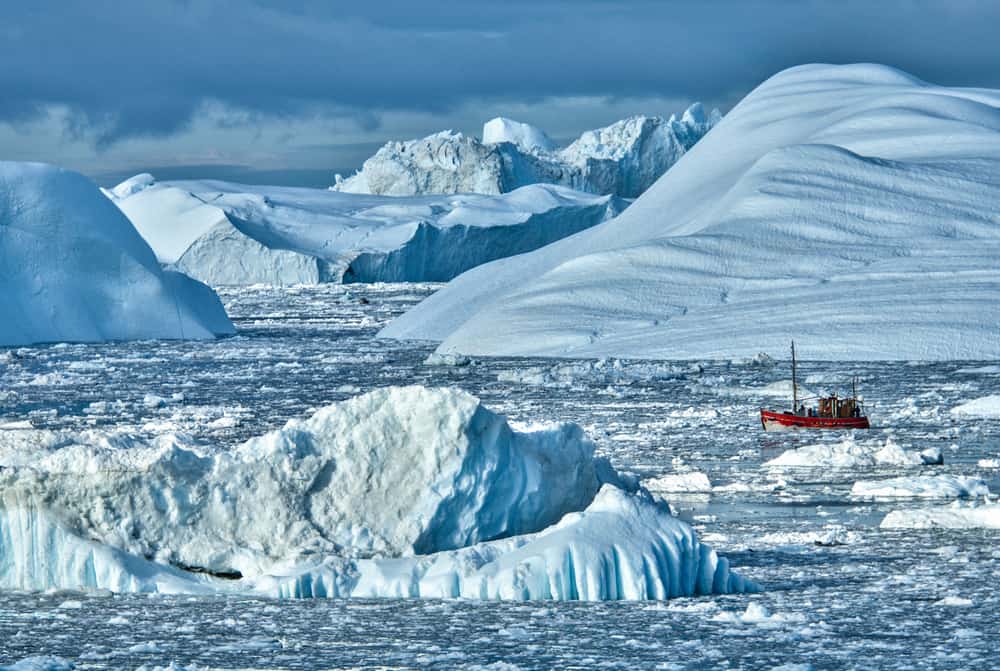 The Ilulissat Icefjord in western Greenland, declared a UNESCO World Heritage Site back in 2004, runs 40 km west from the Greenland ice sheet to the Disko Bay close to the town of Ilulissat.

At its eastern end there’s the most ‘productive’ glacier in the northern hemisphere – the Jakobshavn Isbrae glacier – flowing at a rate of up to 35 meters per day, leading to 20 billion tons of icebergs passing out of the fjord every year. The moving glaciers create a stunningly unique scenery that you don’t see very often. 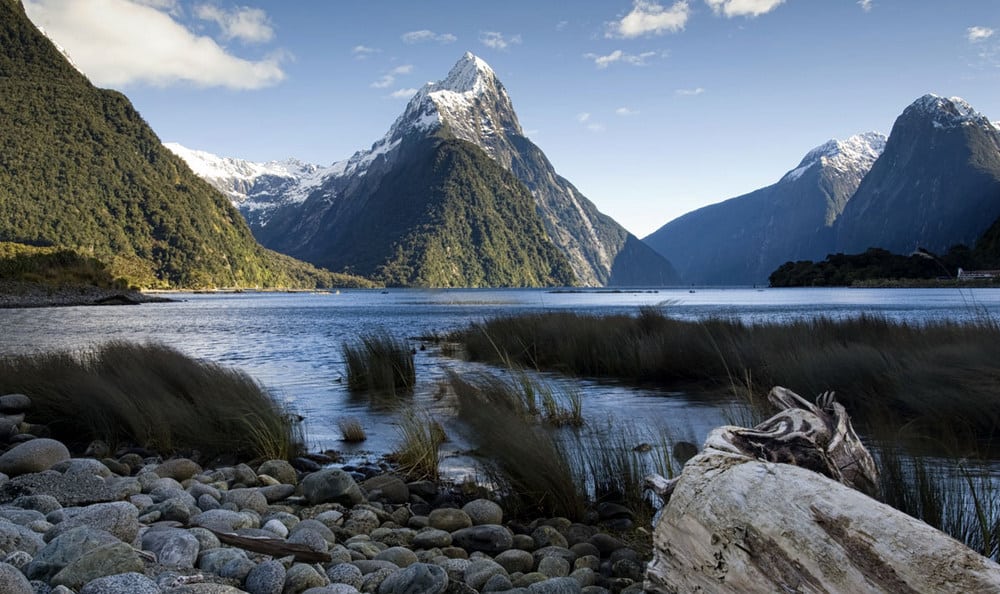 The second most popular tourist destination in New Zealand’s Fiordland, after Milford Sound, the Doubtful Sound is the second largest and nonetheless naturally imposing fjord in the area. Its name comes from the famous Captain Cook who back in 1770 named the area the Doubtful Harbor as he was uncertain of its navigability.

Though more impressive, Doubtful Sound is less popular than its brother Milford Sound due to the fact that unlike the latter, the former isn’t accessible by car. 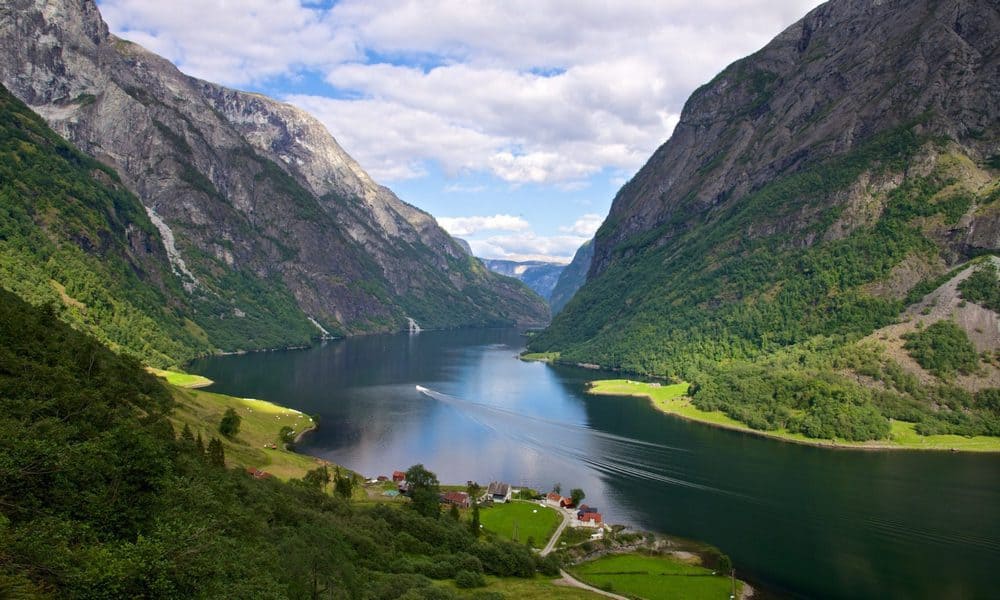 The wildest and most picturesque part of the Sognefjord, Naeroyfjord is the largest Norwegian fjord spanning on a total length of 18 km and as narrow as 500 meters in some of its points. A UNESCO World Heritage Site, the Naeroyfjord was rated by the National Geographic Society as the number one natural heritage site, so you can bet that a trip through will for certain leave you some notable memories. 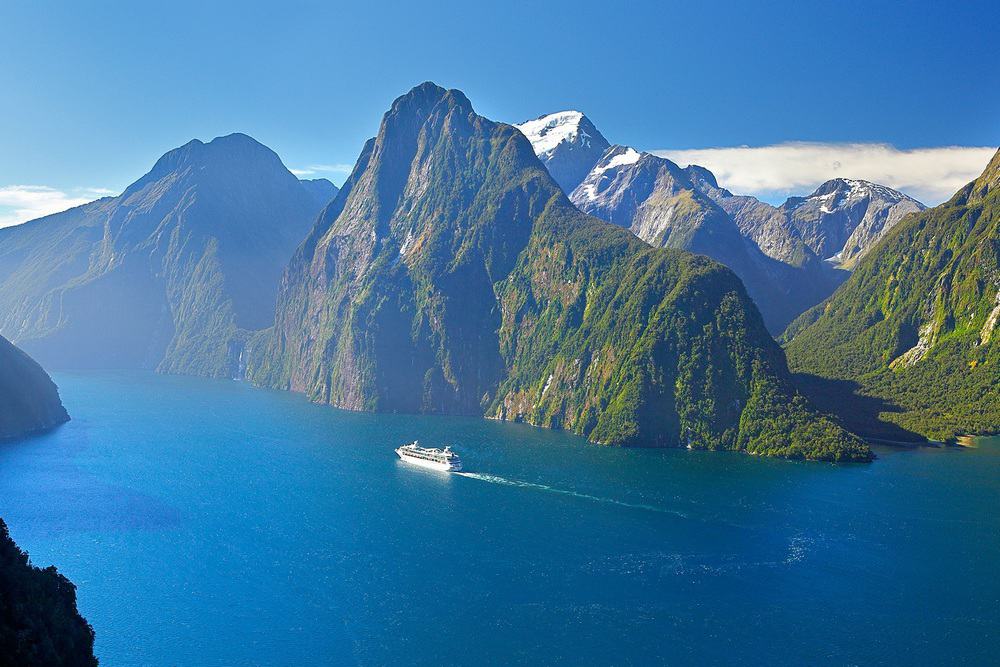 Milford Sound, New Zealand’s most popular tourist destination and part of the Fiordland National Park, boasts with some of the most amazing coastal scenery due to its dramatic vertical peaks and blue waters.

Named the eighth wonder of the world by Rudyard Kipling, it’s no wonder why the area is the preferred choice of most of the tourists coming to New Zealand. Their number rises to around one million of visitors each year, most of them going for watersports like canoeing or visiting the underwater tourist observatory for a wonderful view of the black corals present in the area. 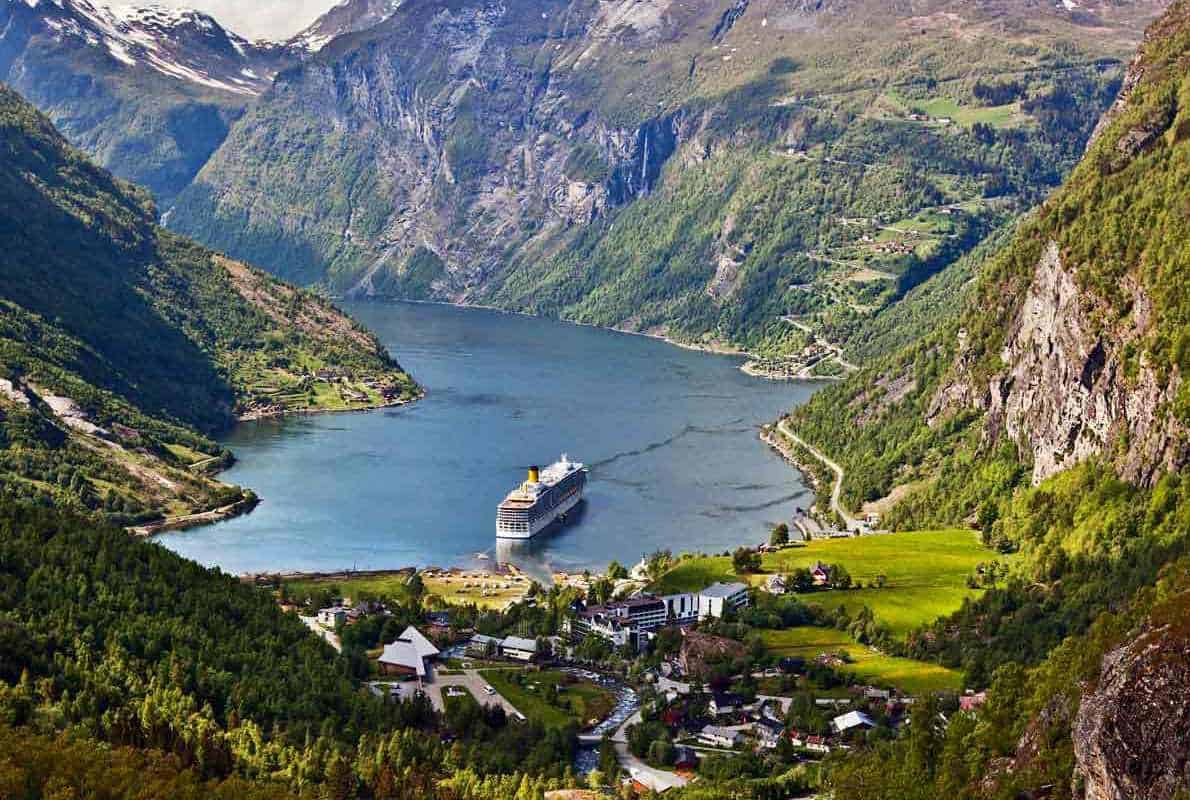 As we said, Norway is the destination which comes in the minds of most tourists when they think of fjords and that for good reason. Geirangerfjord is considered the most beautiful fjord in the world, with snow covered mountain peaks around, mesmerizing waterfalls surrounded by evergreen trees and some of the clearest waters in the whole world.

Geiranger is a small tourist village at the base of the fjord and since Lonely Planet named it the best travel destination in Scandinavia, it became the ubiquitous name on the bucket lists of many travelers all over the world. A UNESCO World Heritage Site since 2005, the Geirangerfjord is under a constant threat of tsunami due to the instability of the Akerneset Mountain that may one day erode into the fjord and create a devastating tsunami into the area. 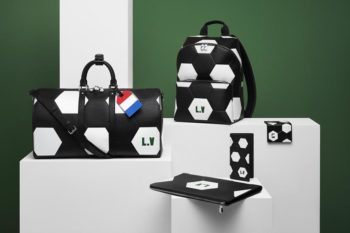