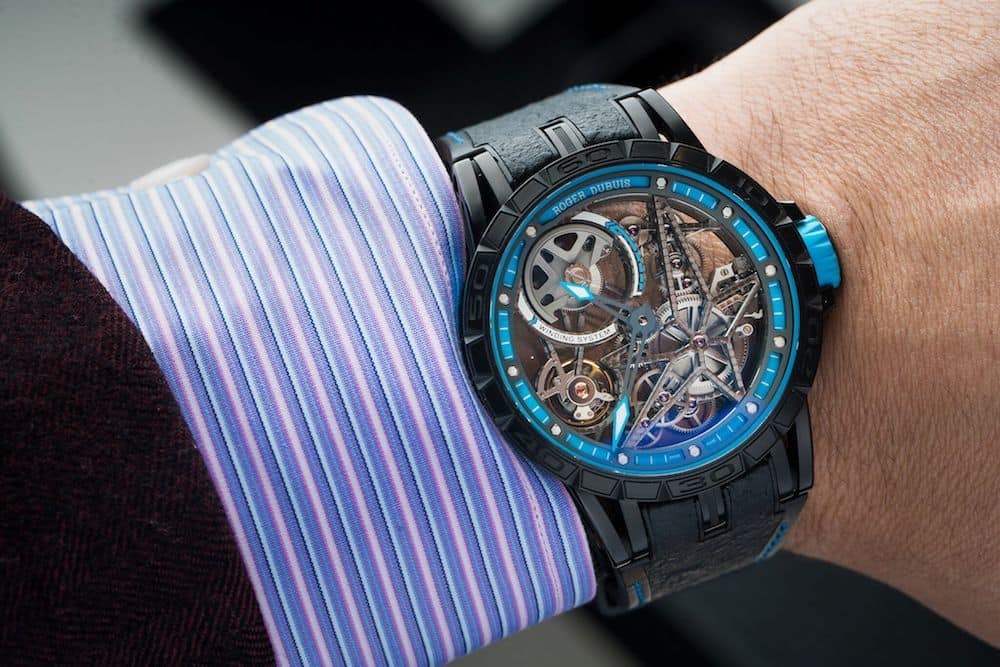 Roger Dubuis has made 2017 the year of Excalibur, expanding this eye catching collection with several exciting new models that will simply take your breath away. A partnership with the renowned Italian tyre manufacturer Pirelli has also been in the works, with results that are beyond stunning; but let’s take these timepieces one by one.

First, the exquisite watch on top is called Excalibur Spider Pirelli Double Flying Tourbillon and it’s part of a limited series of just 8 units. Fitted with the new RD105SQ hand-wound calibre, and featuring a prominent blue Astral Skeleton, housed within a 47mm titanium case with black DLC-coating, this watch will easily impress you. As you can see, it also comes with a titanium crown and lovely blue dial accents, acting as stunning touches. 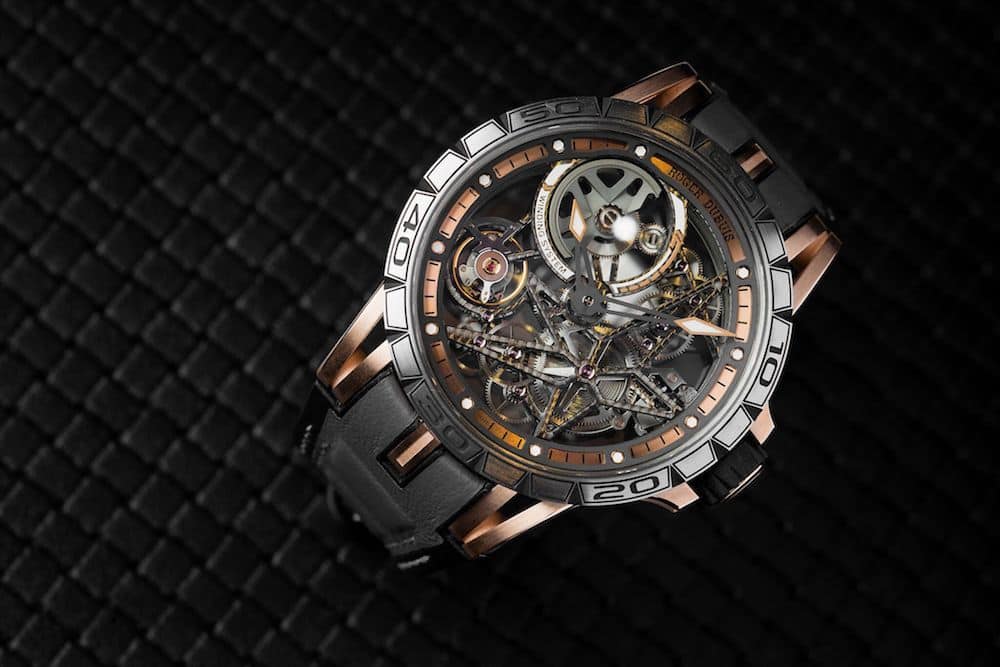 Next, the Excalibur Spider Pirelli Automatic Skeleton might look familiar for some of you, but this stylish timepeice will be produced in a limited series of 88 pieces. What’s unique about this watch is that despite its high-tech look, and incredibly refined skeleton movement, it still meets all the demands to carry the Geneva Seal.

Another new Excalibur is the Automatic Skeleton, which packs the same movement as the Pirelli version above while showing off a rose gold case. But the most innovative timepiece might be the Excalibur Spider Carbon – the first watch ever to feature a movement plate, bridges and tourbillon upper-cage made entirely out of carbon.

The T700 carbon used for this watch limits vibrations and thus enhances the precision of the watch, allowing the case to show off a distinct pin-stripe pattern that also runs through the skeletonized bridges of the movement. Please note the red accents, adding to the overall appeal. 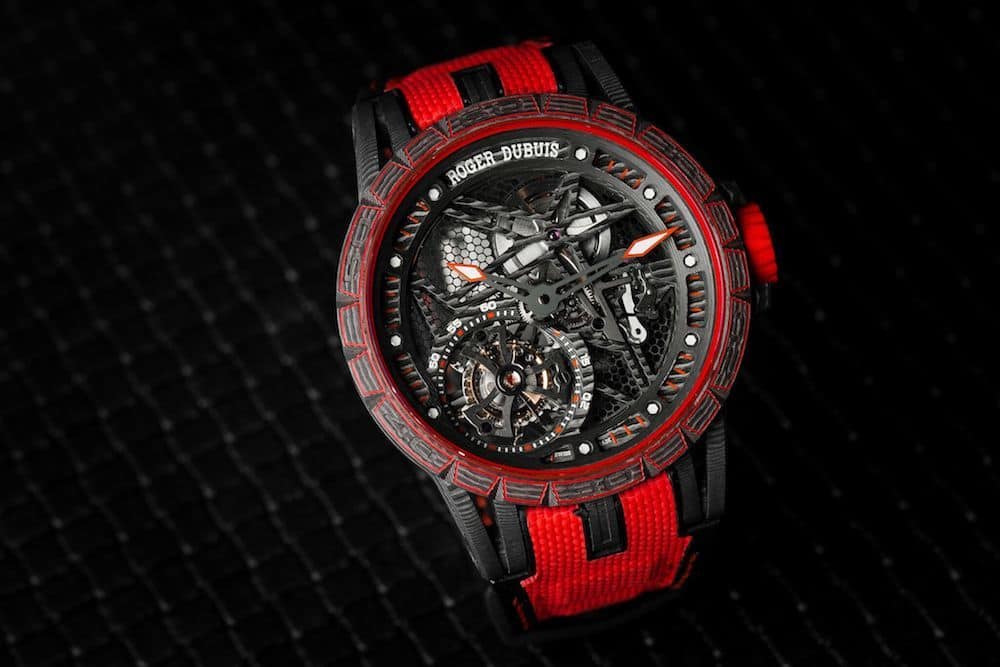 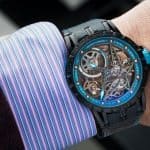 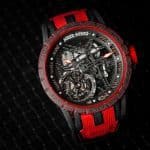 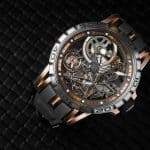 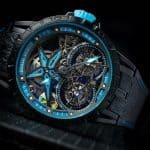