Home ‣ Luxury Lists ‣ The most Expensive Pizzas in the World

The most Expensive Pizzas in the World

Let’s face it… we all love pizza! One of the most popular foods in the world, pizza can be found in almost every corner of the world nowadays, in a ton of interesting varieties, with a lot of different ingredients mixed together to get an awesome pizza for everyone.

It’s quite easy to find out new combinations for pizzas, that’s why a lot of chefs around the world have tried their best to create the ultimate pizza out there. The most expensive pizzas in the world include exquisite additions such as truffles, caviar and even gold and diamonds, that’s why their price might seem a little insane. Interested to see which are the best of the best pizzas in the world? Let’s start with #10… 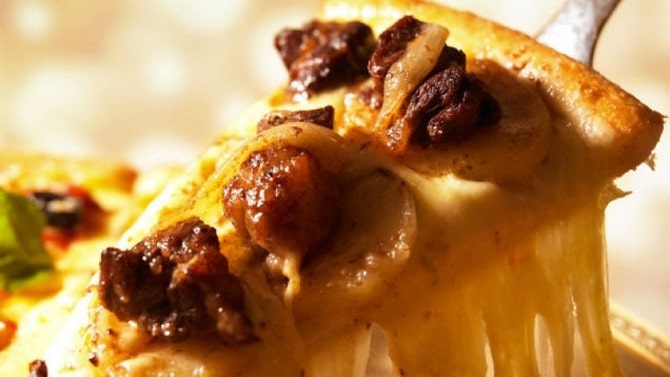 No gold or diamonds in this one. The Kobe Beef Steak Pizza sold at Domino’s in Japan wants to be a luxury pizza through the Kobe beef topping it, which also gives its name. What’s so special about the Kobe beef? Well, the cows in the region of Kobe are actually fed beer and massaged so heir meat is marbled, juicy and tender. Aside from that, this pizza also includes potatoes and onions. 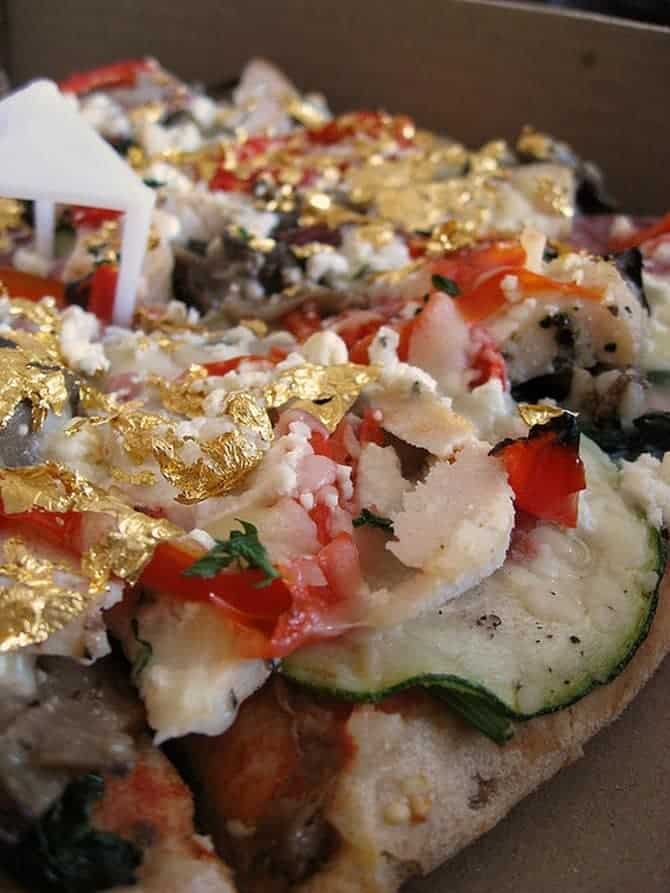 The Magic Oven restaurant chain in Toronto, Canada came up with this gluten free, vegan friendly pizza garnished with a 24-carat gold leaf. Their ingredients are organic and as healthy as they come and you could even eat the gold leaf as well. These special pizzas have sometimes been called “pizzaceuticals” due to their healthy combination of ingredients. 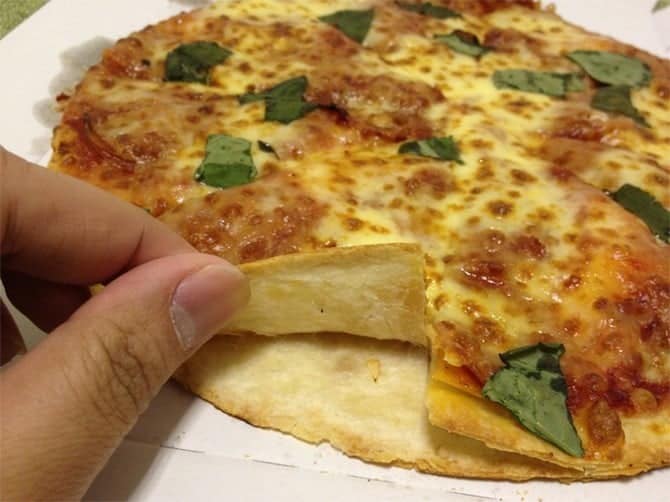 The Triple Mille-Feuille pizza is served at Domino’s and its crust consists of three layers stashed with cheese in between. It’s priced at $140 if you order all the toppings on top of it, which could make it extremely thick and quite difficult to eat, but in Japan especially, this pizza has been a major hit for years. 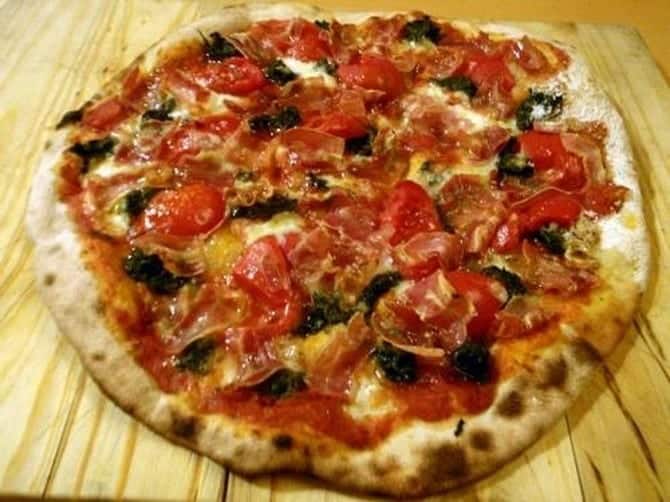 Named after the famous chef, this pizza can be tasted in the chef’s renowned Maze restaurant of London. For a long time this pizza has been in the Guinness Book of World Records as the world’s most expensive pizza, but now it ranks only 7th on our list. The price above is relative to the amount of truffles you want on it. Aside from the truffles, this pizza is topped with Italian onion puree with white truffle pasta, buffalo mozzarella, fontina cheese, pancetta, fresh herbs and cep mushrooms. Not bad, eh? 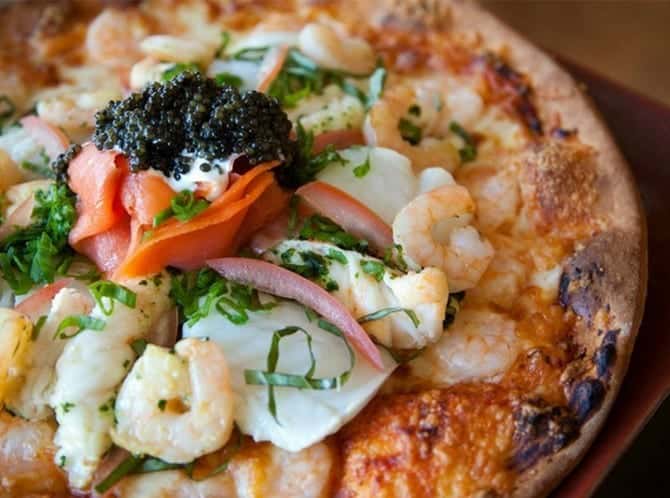 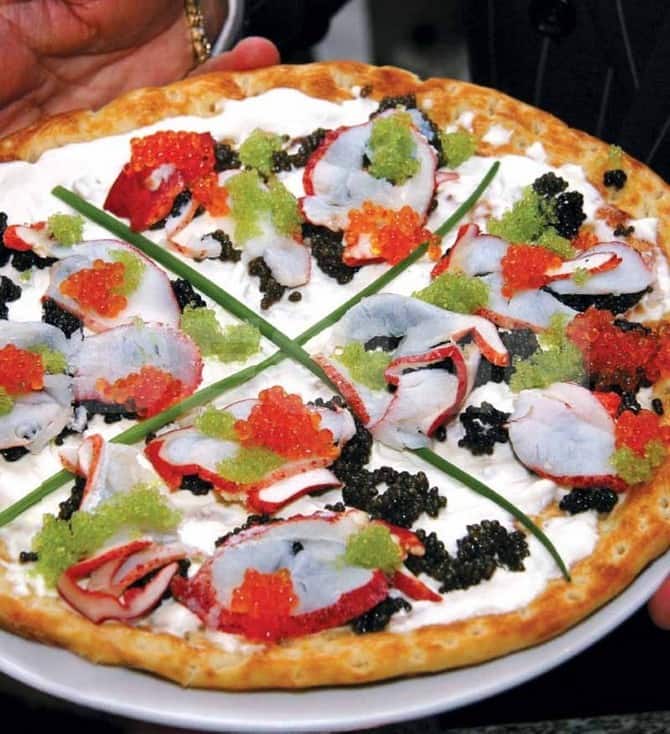 This awesome pizza is really great looking, hence the name Bellissima. Created by chef Giovani Spatala, this pizza can be tasted at Gino’s Restaurant on the Upper East Side of Manhattan in New York City. It has 12 inches in size with a thin crust, two lobster tails and six types of caviar. Apparently it costs $720 to make one, so their profit is only $280, still quite a lot for a single pizza. 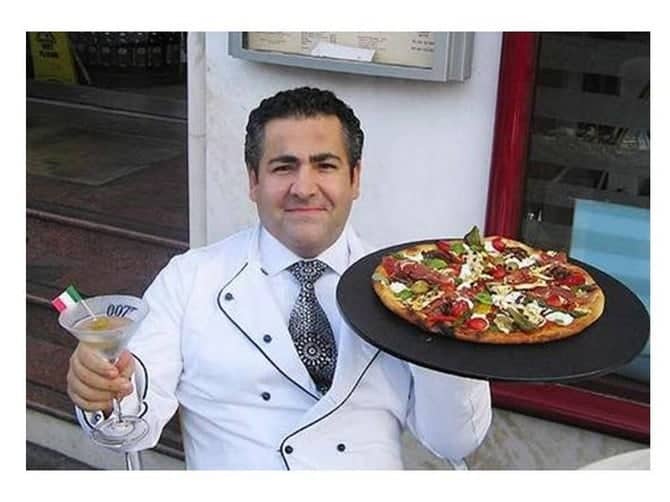 The Domenico Crolla Restaurant in Haggis, Glasgow, UK created a pizza inspired by the super spy James Bond. The pizza has 12 inch in size and combines some of the most expensive ingredients in the world such as caviar soaked in Dom Perignon, Scottish smokes salmon, lobster marinated in 100-year-old cognac, venison medallions, prosciutto of the utmost quality and vintage balsamic vinegar. The topping is made of 24-carat gold flakes and apparently the creation of the pizza was done by Mr. Crolla to raise money for the Fred Hollows Foundation. It was bought by the lawyer Maurizio Morelli from Italy, who is a collector of fine wines and truffles. 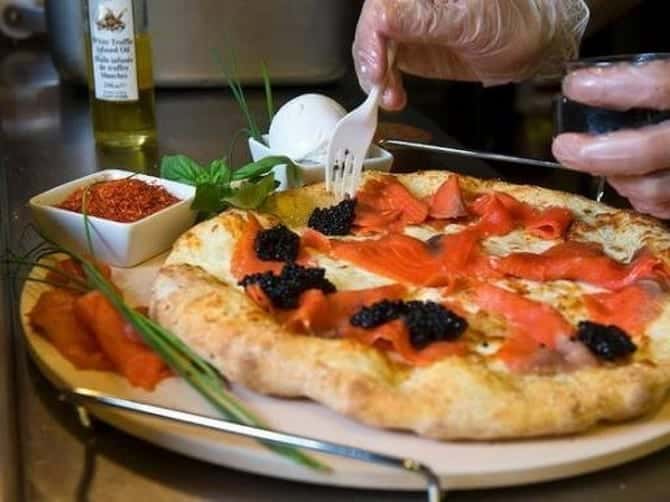 The owner of Mazzou Pizza offers a unique blend of white truffles, lobster, caviar and 24-carat gold flakes and the price you pay will ensure a personal chef to come and cook it in your kitchen as well as a chamber orchestra. The restaurant is located in Verdun, Montreal, Canada and they also offer a $333 burger on their menu in case you want to pay them a visit. 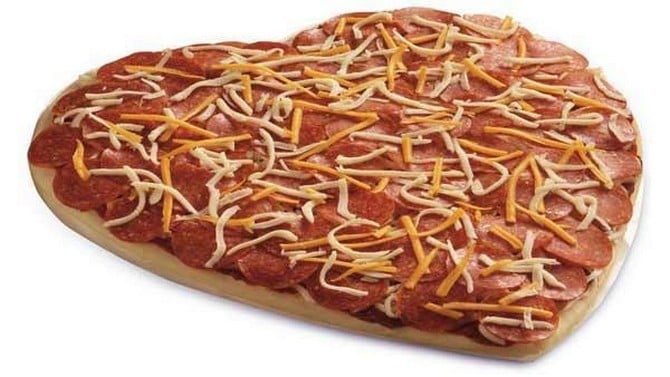 The “Pizza for Lovers” at Favitta’s Family Pizzeria in Henrietta New York, close to Rochester, is a great marketing idea due to the connection with Valentine’s Day but it seems that the restaurant closed in 2008 so we guess than not many pieces were sold. The pizza comes in the shape of a heart and aside from being a regular pizza it was sprinkled with diamonds, a diamond ring and a bottle of Dom Perignon. The owners probably expected couples to get engaged in their restaurant and they made up the perfect way to ask the question. 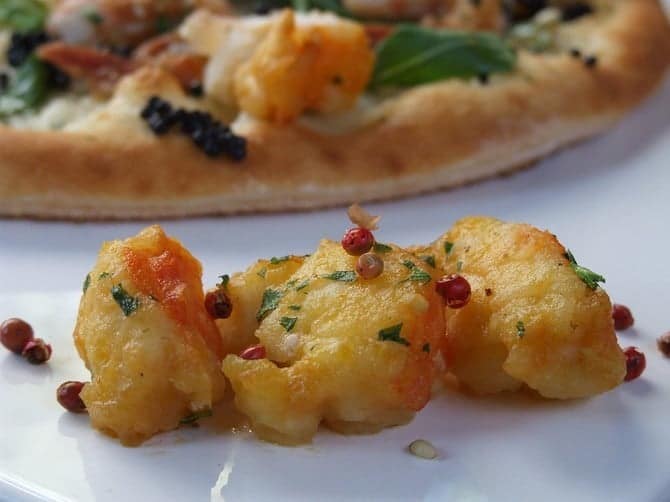 The most expensive pizza in the world can be found in Salerno, Italy and it is the creation of Renato Viola for a select crowd. With a size of 20 cm, enough for two, the ingredients are certainly exquisite and the creation of the dough itself takes 72 hours, letting it rest a long time before being cooked. Once the dough is made, the rest of the pizza is prepared on the spot. The flower is certified organic Aiab, salt comes from the Murray River in Australia to add more flavor as well as a pink color and this is just the beginning.

There are three types of caviar on top: Oscietra Royal Prestige, Kaspia Oscietra Royal Classic from the Iranian coast and Kaspia Beluga, all of them very rare and expensive. The lobster is brought from Norway and there is also mozzarella on the pizza along with seven other types of cheese.

To make it even tastier you have Champagne Krug Clos du Mesnil 1995 to enhance the fish taste, Cardenal Mendoza Carta Real Sanches Romate Finos brandy to make it unique and the last liquor is the Louis XIII Remy Martin cognac, the highest quality cognac on the market and the one that gives the name of the entire dish.

The service is included in the price, coming in a set of dishes and cutlery from an exclusive limited edition and the pizza is served at your home. Renato Viola himself comes with another chef and a sommelier to your house to prepare the pizza, so you don’t even have to go to a restaurant.

The 10 Most Expensive Pizzas in the World
Tags:
Previous Article
Harry Winston And Their Amazing Ocean Dual Time Retrograde
Next Article
At $1.3 million, Russo-Baltique is the world’s most expensive vodka