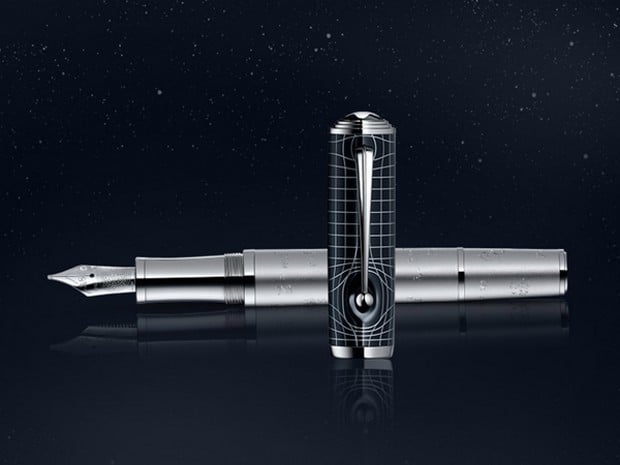 In terms of writing utensils, we’re glad to announce that Montblanc is the brand which we’ve featured the most throughout the years. We’re also aware of their superb tradition to manufacture exquisite writing instruments as reminders of some of the most important figures of all time, like Queen Elizabeth I, Diego Riviera, Mahatma Gandhi, Pablo Picasso, Mozart or Princess Grace of Monaco. Of course, Albert Einstein couldn’t have missed this list – no problem, the brand’s Great Characters collection has been added a new member, the 2013 edition, dedicated to the most famous scientist of all time.

Montblanc has managed to design, develop and, finally, manufacture a writing instrument that exudes many of Einstein’s fields of activity and attributes – physics, relativity, genius, mathematics, unconventional and many more. It was back in 1905 when the famous scientist  presented four distinct theories to the world, in rapid succession, which had not only added more fields to science, but also changed the way people think or interact with the environment. Einstein’s discovery of the photoelectric effect, in 1921, one of the basic physical principles of today, was awarded with the Novel prize.

Only 3,000 pieces of this limited edition pen dedicated to Albert Einstein will ever be crafted, each of them representing a thousandth of the value of the approximate speed of light – 299,792.458 km/s. Sadly, people tend to forget Einstein’s unique incursion into the world of science, omitting the fact that apart from the Theory of Relativity, he had discovered many of the world’s rules and laws. The specialists at Montblanc have engraved the famous formula E=mc2 onto the instrument, alongside many others, in order to remind us of the many things Einstein had accomplished.

The Montblanc Albert Einstein Limited Edition 3000 boasts with a platinum body, with a dark blue lacquer cap. These two tones create a marvelous contrast, almost like the velvety darkness of space, especially due to the unique shimmering of the shiny body. The cap has also been garnished with a rather interesting grid, which represents Einstein’s famous Theory of Relativity. The grid curves around the platinum plated sphere on the clip, gorgeously displaying part of the essence of the theory. The body, as we’ve already mentioned, has been engraved with many of its formulae, while the nib, crafted from 18-carat gold, comes with a really special engraving, of the chemical element which was named einsteinium, after him.

The series is available for purchase, since the 1st of January, in Montblanc boutiques throughout the world. Sadly, according to the brand, the collection, including 3,000 fountain pens, 1,500 ballpoint pens and 1,500 rollerballs, will not be available online. 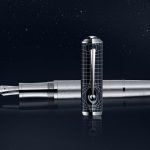 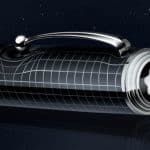 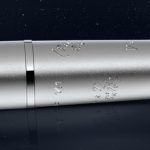 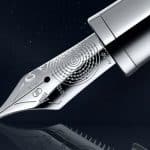 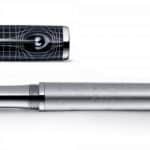 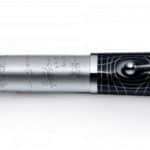 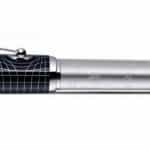