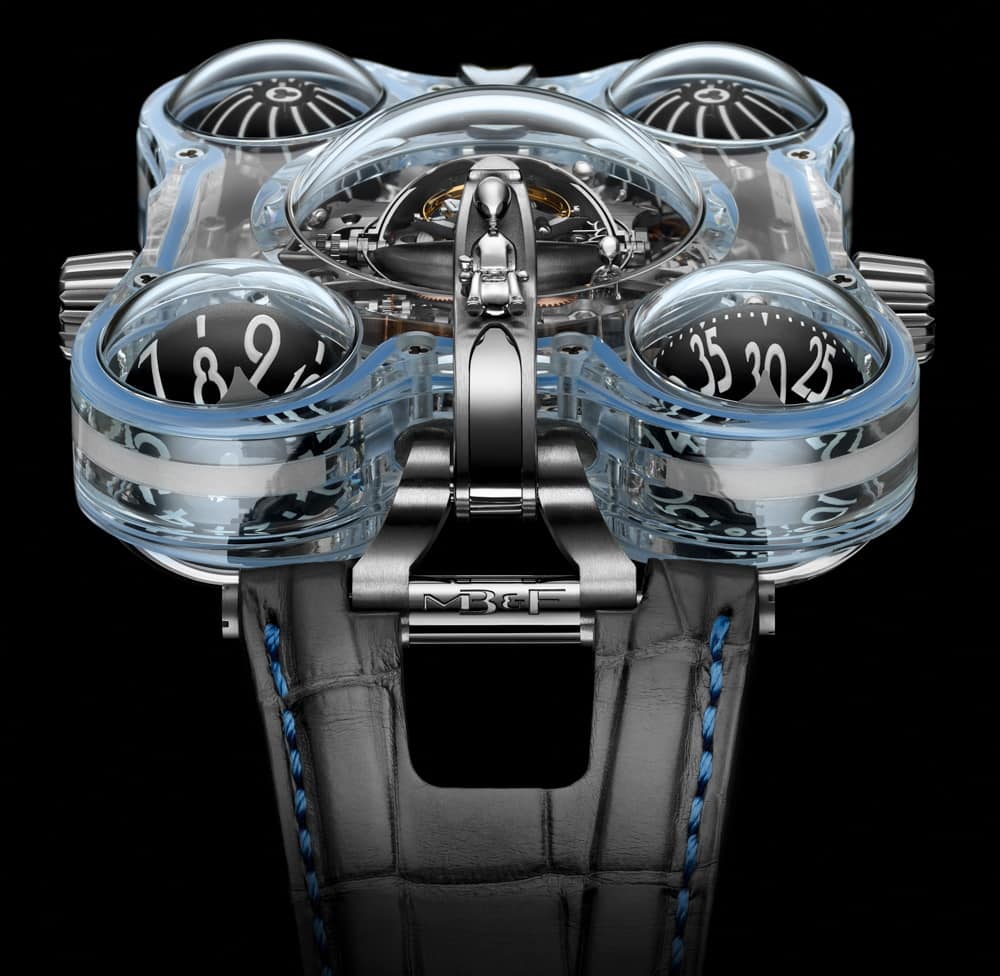 MB&F’s newest masterpiece, the extraordinary HM6 Alien Nation, is part of a limited series of just four units that have been already sold out – an incredible feat, considering the staggering $500,000 price-tag for one of these pieces. Based on the very cool MB&F HM6 Sapphire Vision, this outrageous watch looks like a functional work of art, featuring golden hand-carved aliens on the movement, on display through the watch’s sapphire crystal face.

If you take a closer look at this mesmerizing timepiece you will see six alien figurines appearing as though they are somehow piloting the HM6 SV movement, an alluring visual effect, to say the least. The Alien Nation watch seems to blend the unique appeal, complexity and brilliance of other MB&F projects into an out-of-this-world package, which also benefits from the expertise of Mr. Olivier Kuhn, the man behind the alien figurines. 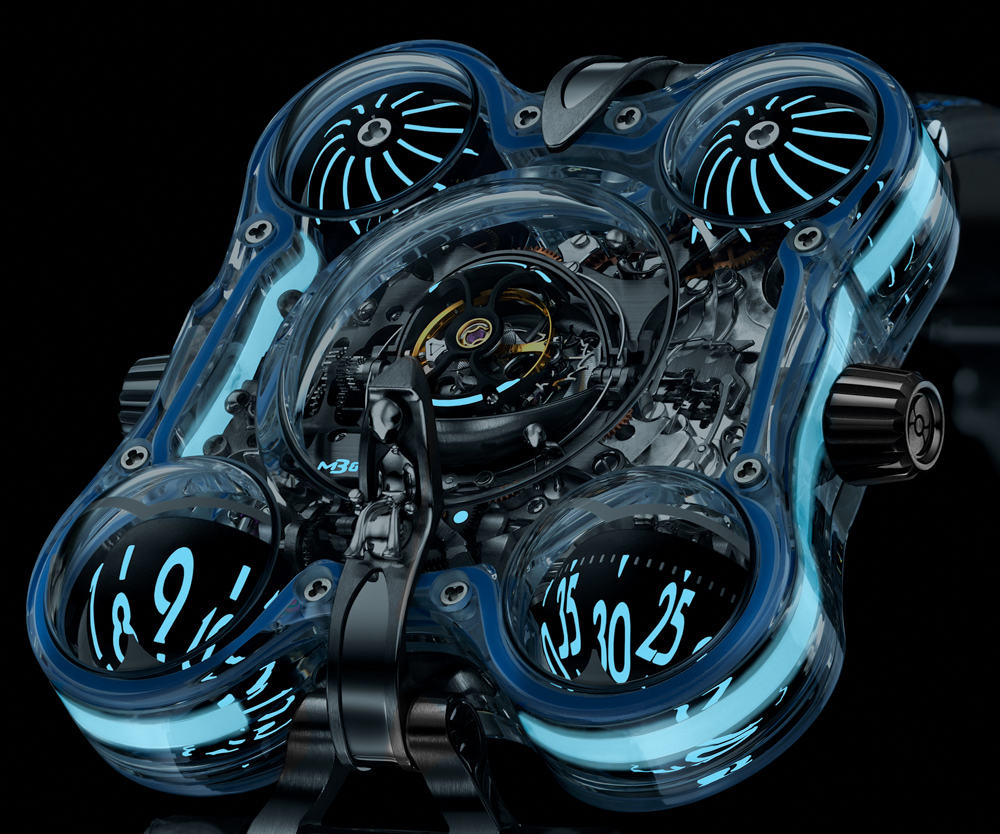 In terms of specs, the MB&F HM6 Alien Nation watch displays a 50 mm case, manufactured from sapphire crystal and titanium, and water resistant to 30 meters. The glowing blue material is called AGT, a form of solid luminant which is applied around the periphery of the case and other parts of the watch to make sure this thing stands out even when it’s no light.

The unique automatic mechanical movement is produced from 496 different parts, featuring a flying tourbillon with a user-controlled titanium shield that opens and closes over it, but if you’re familiar with the MB&F HM6 Sapphire Vision, you already knew that. As we’ve said earlier, all four pieces of the HM6 Alien Nation have been already sold, so they’re probably collectibles right now and will end up becoming even more expensive in the next years. 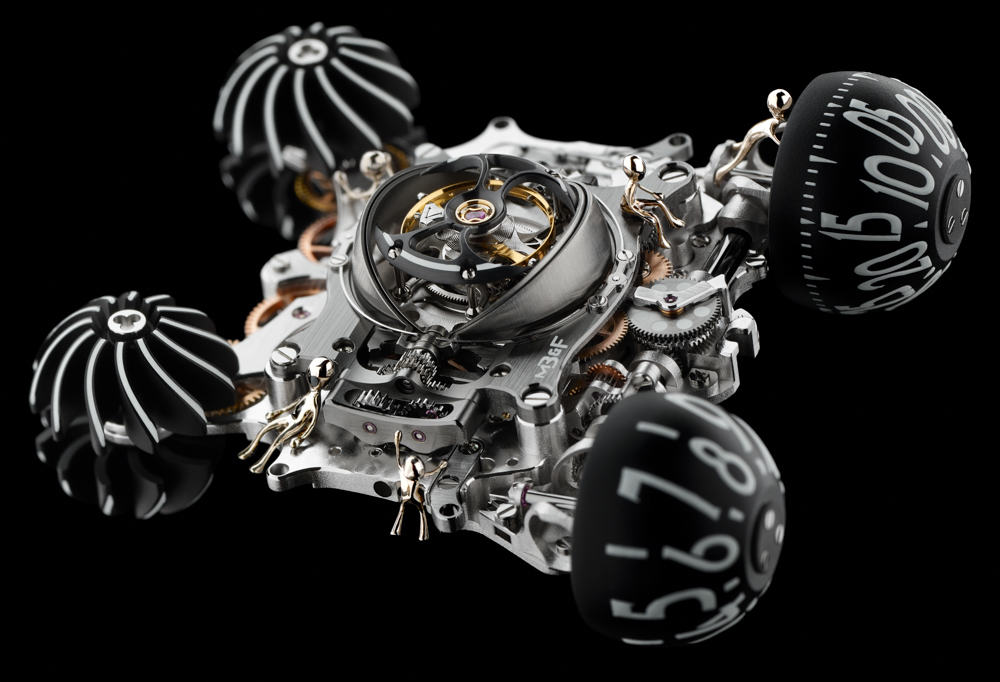 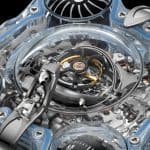 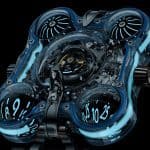 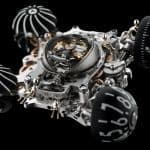 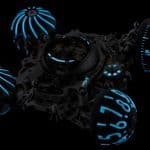 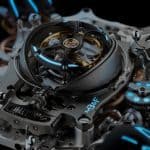 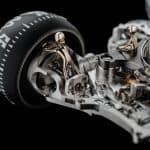 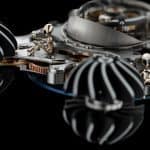 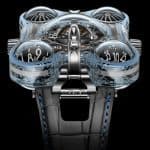 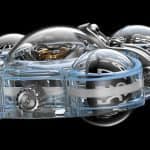 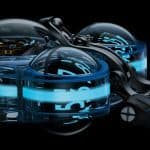 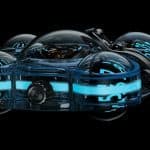 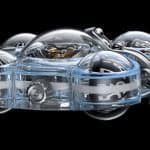 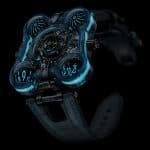 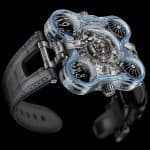 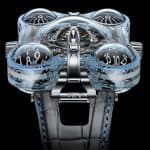 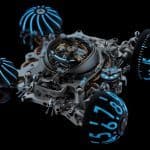 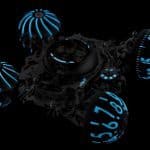 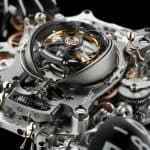 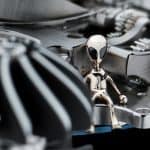 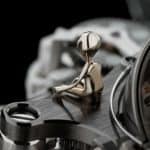 Tags:
Previous Article
Eric Clapton’s Former Venice Beach Home Could be Yours
Next Article
Spend the Weekend on the Sleek Sanlorenzo SX88 Yacht