The Best Five Star Restaurants in the World

It’s very hard to find the best restaurants in the world right now, even though there are tons of ratings all over the internet. But as you probably know quite well already, not all ratings are created equal. We are subjective beings.

From TripAdvisor and similar to The New York Times rankings and the Michelin Guide with its three star maximum, sources vary in opinion. Sometimes, you could find a one star Michelin restaurant which is way better than a five star from one of the many other available sources.

Just make sure you’ve got enough net worth to cope with their prices, as one dinner alone can ruin your wallet fast. 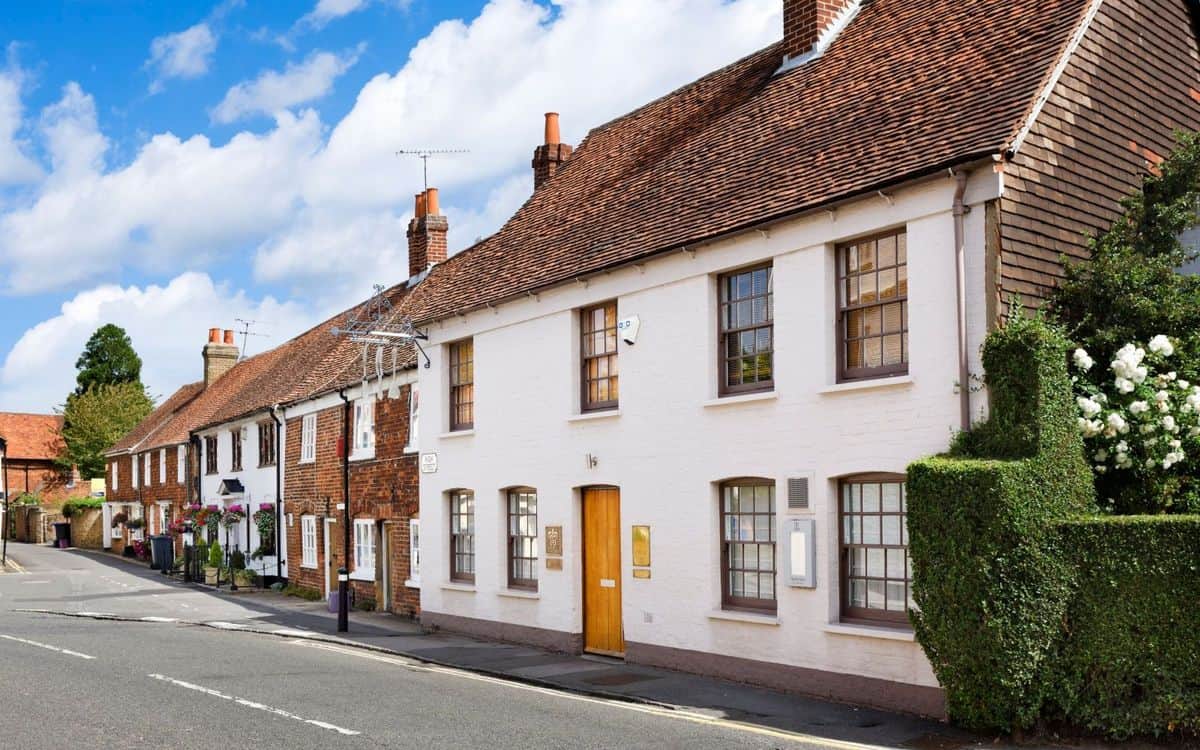 Operating since 1995 in 16th century renovated cottage in Berkshire, UK, the Fat Duck, led by Chef Heston Blumenthal, has become famous all over the world for its extraordinary 14 course tasting menu and culinary trends such as food pairing, multi-sensory cooking and flavor encapsulation.

The dishes created by Blumenthal go beyond the ordinary as he makes use of psychology tricks to augment taste sensations. His inventive blend of ingredients makes the diner’s brain lose track of what its senses actual tell him. Iconic dishes such as ‘Sounds of the Sea’ with seafood topping served on a tapioca ‘beach’ have sky rocketed Blumenthal’s restaurant reputation.

Crissier, suburb of Lausanne, Switzerland, is home to one of the best restaurants in the world. Restaurant de l’Hotel de Ville, as it’s called, offers majestic dishes and an irreproachable service, all signature of Chef Franck Giovannini.

The extraordinary food brings a balanced mix of flavors and the simplicity of traditions while at the same time using some of the most extravagant ingredients the world has to offer. Their menu is ever changing, always offering exquisite fresh dishes such as white asparagus from the Valais seasoned with caviar or medallions of Dublin Bay prawns served with guacamole. 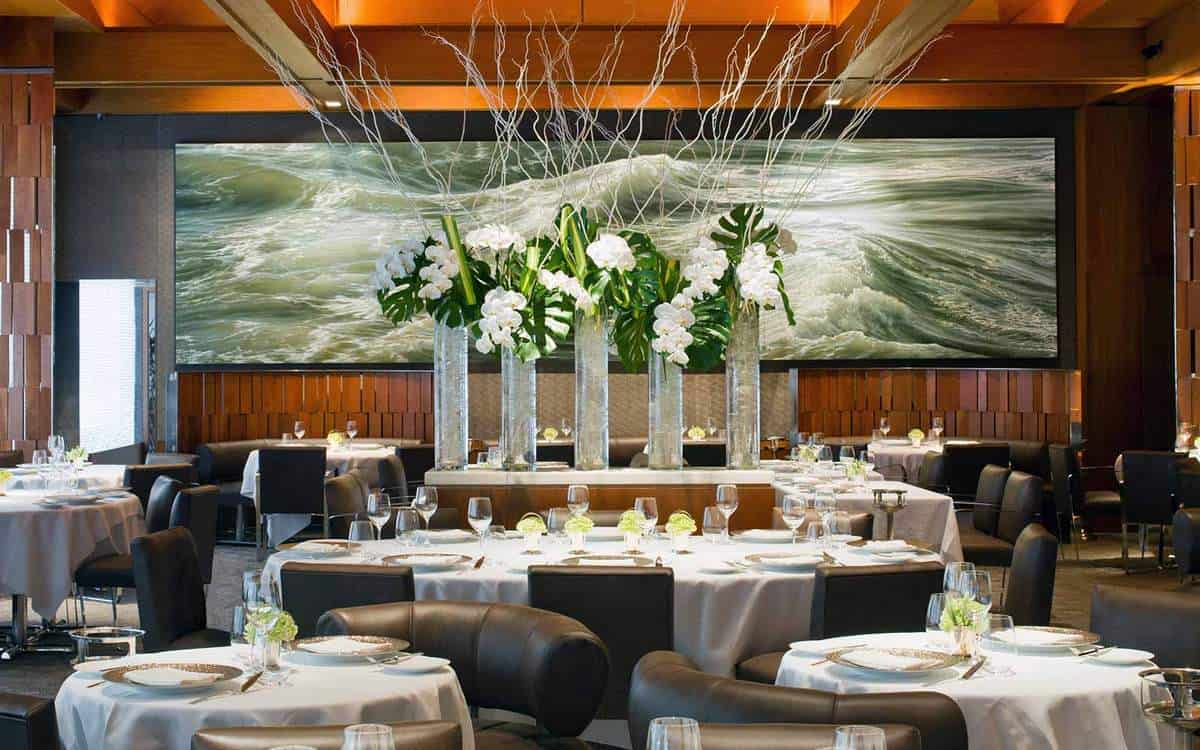 With a history going back to 1972’s Paris and now located in New York City, Le Bernardin is probably among the most well known restaurants in the world. After moving from the French capital, it quickly won its fame as one of New York’s finest restaurants, becoming the city’s most important point on the culinary map.

The restaurant was founded by Maguy and Gilbert Le Coze, and after the passing of Gilbert in 1994, Chef Eric Ripert, his friend and disciple, took over continuing on the same original idea that ‘the fish is the star of the plate’. 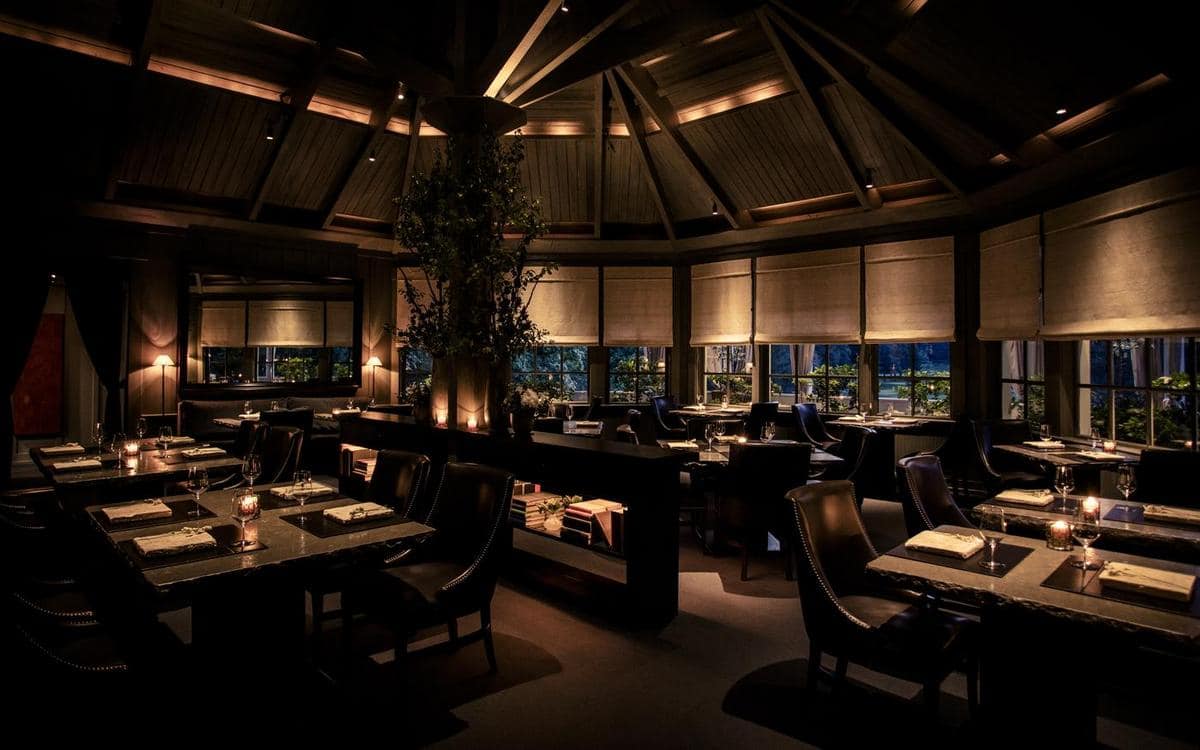 California’s Napa Valley hides a true gem when it comes to cuisine. The Restaurant at Meadowood, let by Chef Christopher Kostow, takes food to a a whole new level, closing more to a form of art rather than regular cuisine.

Offering fresh, local ingredients, delicious seasonal dishes and an ever improving menu, the restaurant leads with its impeccable attention to detail and the way they try to make everything better.

Joel Robuchon is probably one of the most celebrated chefs in the world and his restaurant in Macau, Robuchon au Dôme, shows it very clearly. Located atop the 48 story Grand Lisboa hotel, the restaurant is one of the best in Asia and without doubt the best in its region. 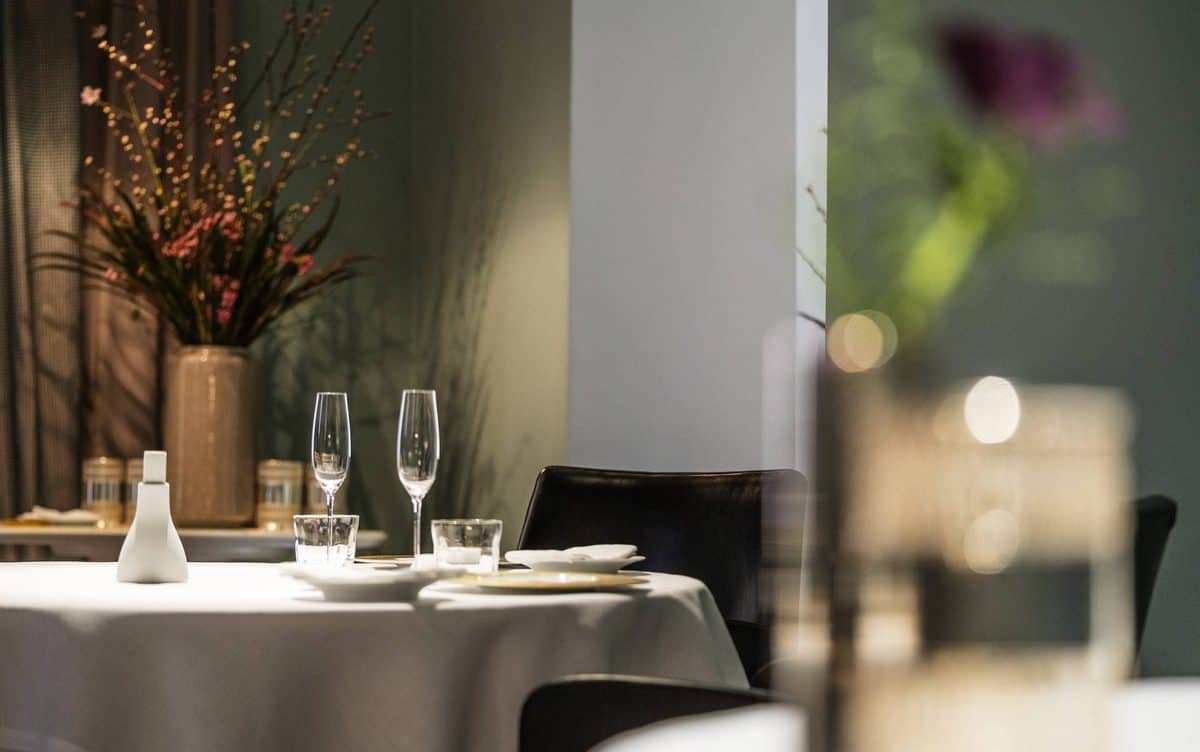 Located in Italy’s famous Modena, Chef Massimo Bottura’s Osteria Francescana is the probably the best Italian restaurant you can find in the world right now. Adding a contemporary twist to the Italian cuisine of the Emilia-Romagna province – his home province – Bottura manages to explore the ingredients and traditions of the region and come up with unique dishes.

Among them, there’s the tagliatelle and risotto cooked with veal jus, the rabbit macaroons and the iconic Five Ages of Parmigiano Reggiano, which offers the expensive cheese with five different exquisite textures, from the crispy galette to the Parmesan foam. 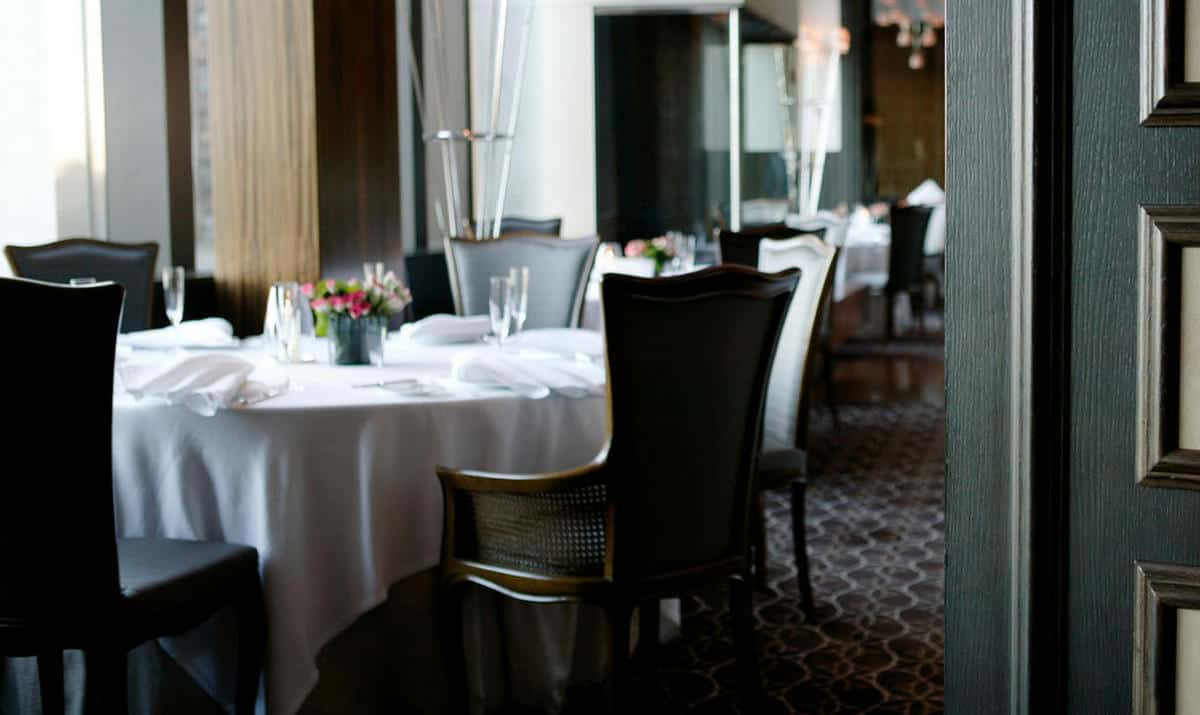 Chef Thomas Keller is well known for being the only American chef awarded with three simultaneous Michelin Stars for his three restaurants. One of them, Per Se, located in the bustling New York City on the fourth floor of the Times Warner Building in Columbus Circle, is iconic in the world due to its daily special tasting menus – in which no single ingredient is repeated during the meal.

What Per Se tries to achieve is a cuisine based on a philosophy of the present moment, with unique dishes that never repeat themselves. Keller took everything about Per Se to the level of art, with precise sourcing and seasonality. If you want an unforgettable dining experience in the heart of New York, this is as good as it gets. Otherwise, you might decide to try a meal delivery service. 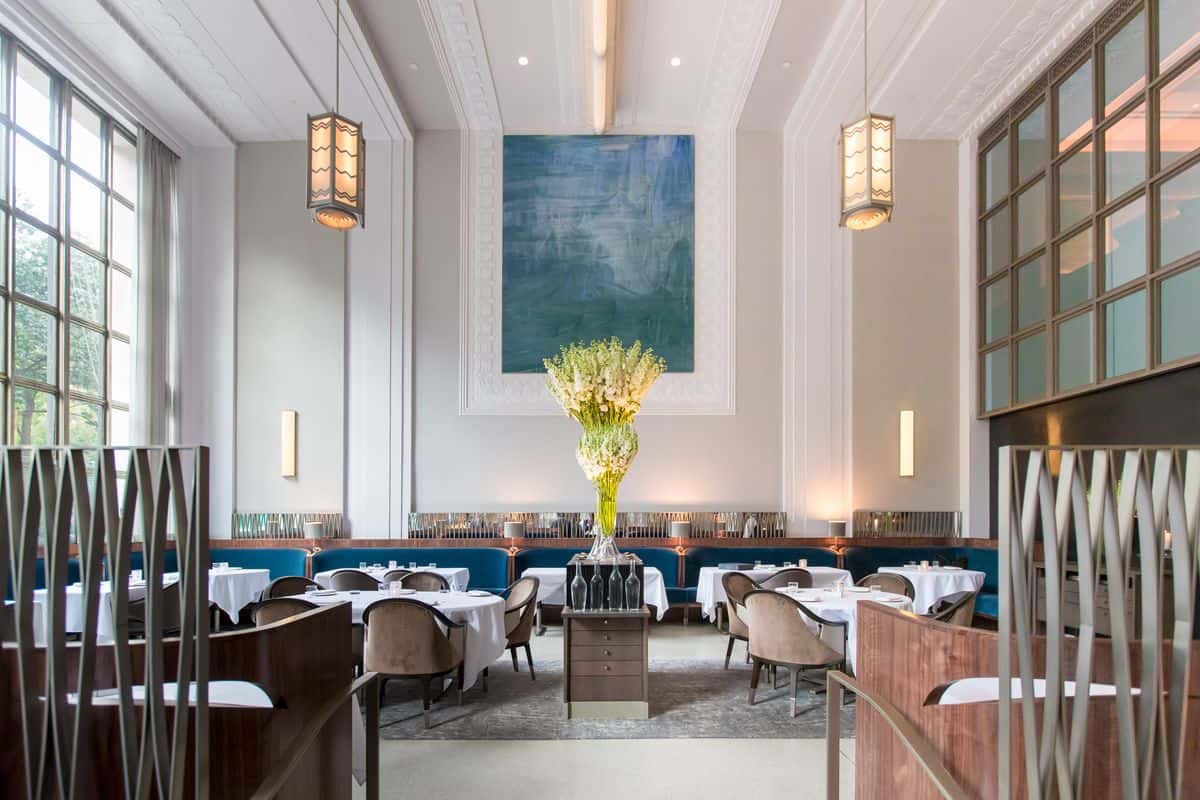 Exploring the culinary traditions of New York City and everything the surrounding region can offer, the Eleven Madison Park restaurant reached world fame due to the creativity and ingenuity of Chef Daniel Humm. The Manhattan based restaurant offers an iconic multi-course tasting menu which is ever fresh and created only with the available seasonal ingredients of the region.

The menu offers no less than 11 courses and leads diners through a three hour long culinary journey that is nothing less than exquisite. An example of one of their most delicious dishes is the Muscovy duck glazed with lavender honey and foie gras terrine served with plums, umeboshi and bitter almonds. 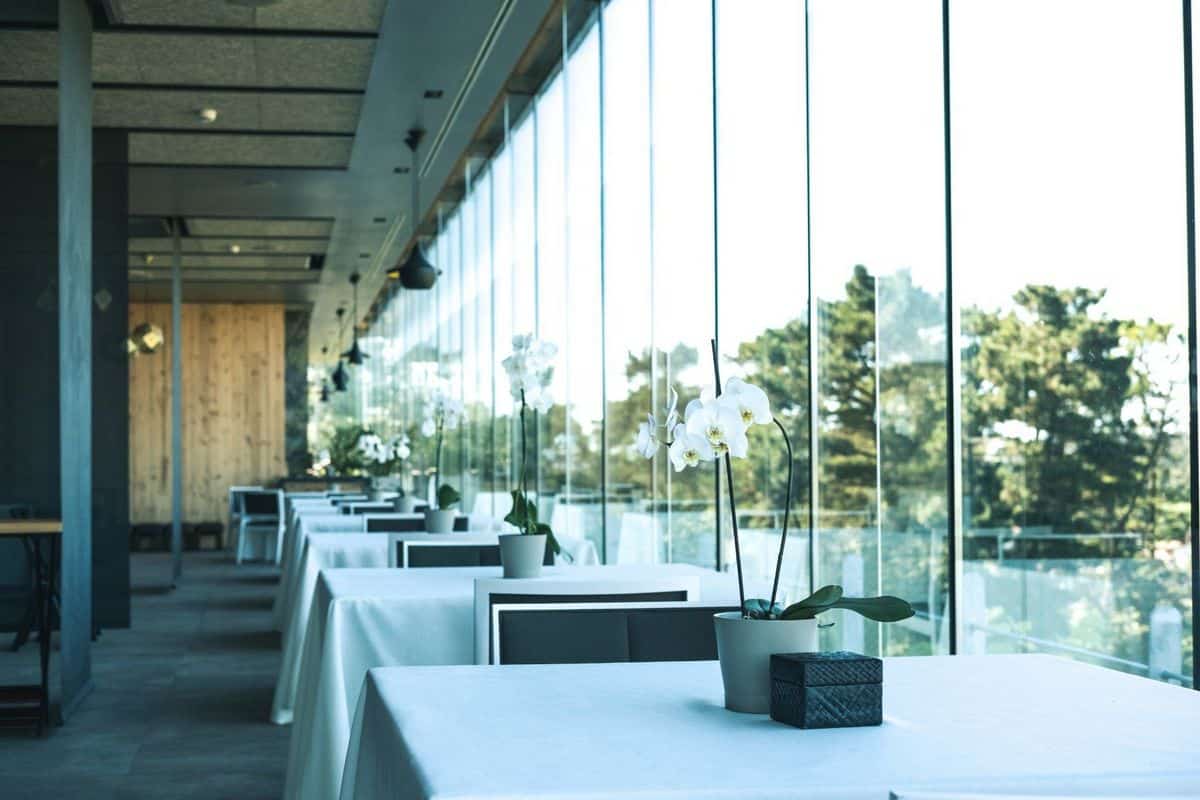 The small town of Larrabetzu, Spain is home to one of the best five star restaurants in the world. Titled Azurmendi, it was born from the ideas and the vision of Basque Chef Eneko Atxa and offers guests an unparalleled experience. Starting at the restaurant’s rooftop vegetable garden, diners can take a look at some of the fresh ingredients they’ll soon enjoy in their meal.

Following the rooftop experience, they are then being led through the kitchen to an indoor greenhouse where they enjoy some unique snacks of the restaurant like the iconic ‘edible cotton’. Finally, in the dining room, guests are served some of the world’s most exquisite dishes. 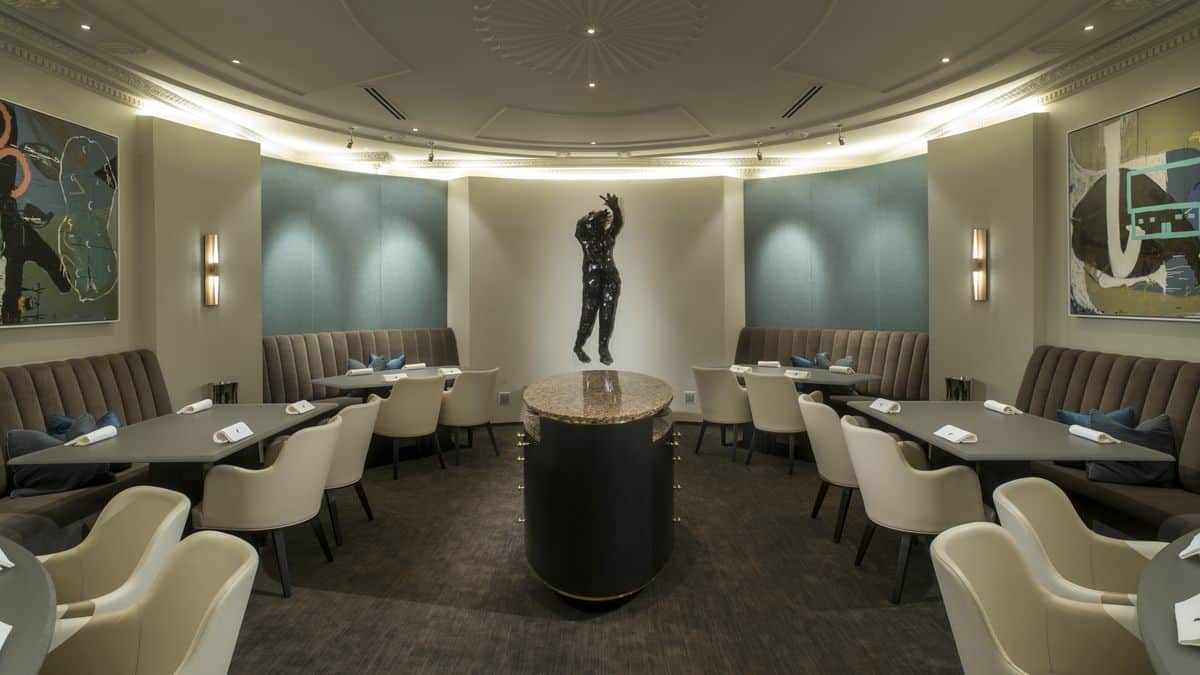 Alinea is an American restaurant founded back in 2005 in Chicago, Illinois by Chef Grant Achatz and had a quick ascent not only to the top of the city’s culinary scene, but also to the international one. Today, in our humble opinion, it’s the best five star restaurant in the world.

Achatz’s amazing ways of preparing the food and his unconventional take on fine dining has made Alinea an iconic restaurant, renowned all over the world. Their helium filled edible balloon made from dehydrated apple or the truffle-topped ravioli filled with truffle broth count among some of their most impressive dishes, dishes that both shock and delight their guests at the same time.