TAG Heuer Takes Tourbillon Watches to the Next Level 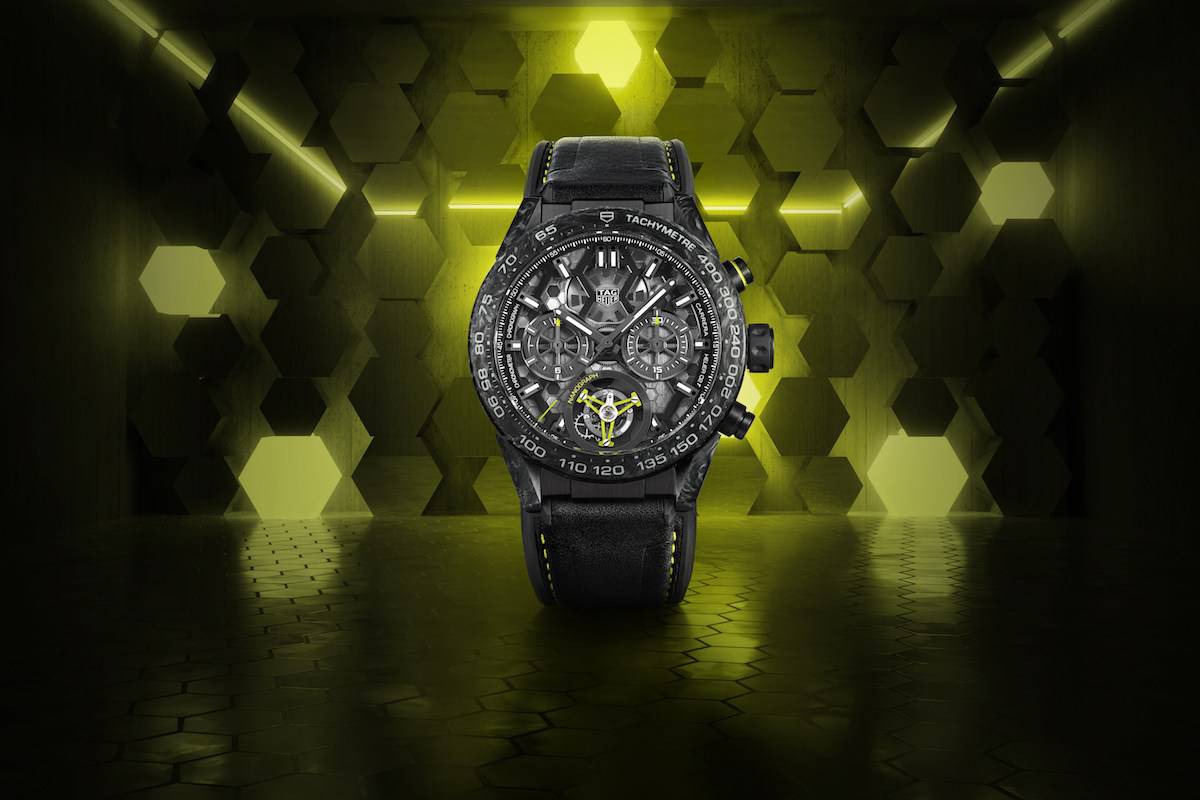 Tag Heuer has recently revealed their new Carrera Calibre Heuer 02T Tourbillon Nanograph, an innovative timepiece that aims to take Tourbillon watches to a new direction by using an innovative carbon composite hairspring that was invented, patented and produced by the brand.

This comes in their Heuer 02T manufacture movement which uses a tourbillon mechanism and has received the classification as a chronometer. The carbon composite hairspring replaced the famous Elinvar and previous silicone versions.

The complex mechanisms of the TAG Heuer Carrera Calibre Heuer 02T Tourbillon Nanograph will positively impress watch collectors all over the world. The aesthetics make it an impressive timepiece, with a design to envy. 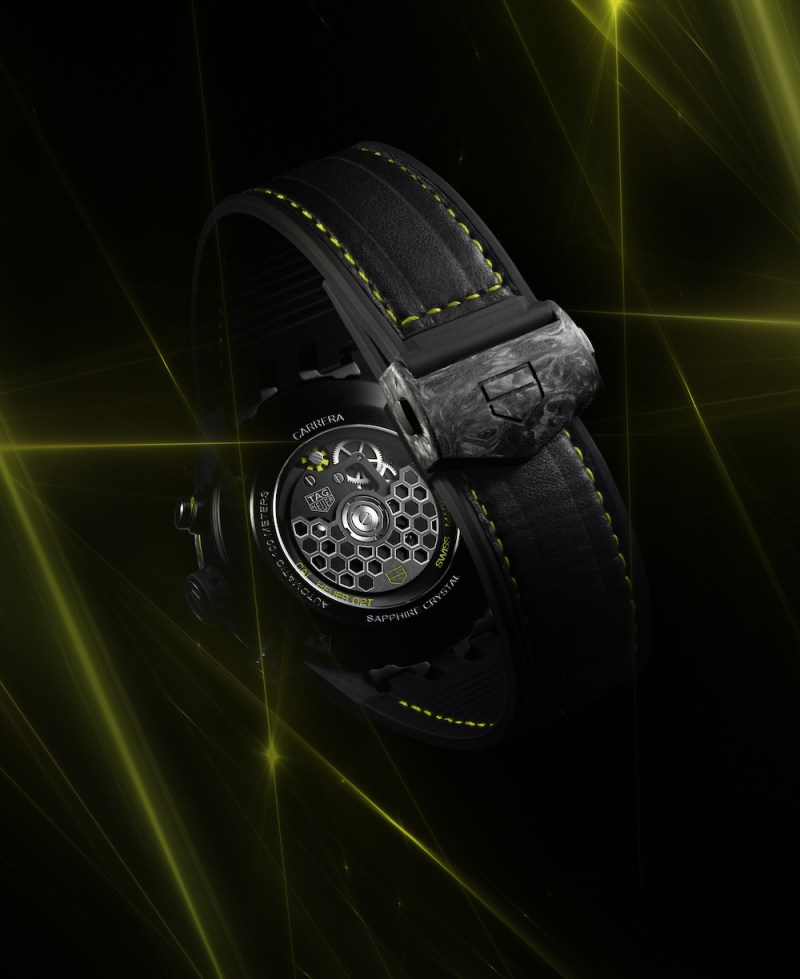 It features a multi-layer open-worked dial which allows for sandblasted and fine-brushed hexagon patterns visible on the movement plate. The same applies to the case back, allowing for the pattern to be visible on the oscillating mass behind.

Several elements of the watch come with a bright neon color, which make it stand out among the usual color patterns of most watches out there.

The new hairspring that TAG Heuer developed manages to improve the precision of the timepiece, removes the inaccuracy after coming in contact with the magnetism of various objects and is lightweight and unaffected by gravity and various shocks. 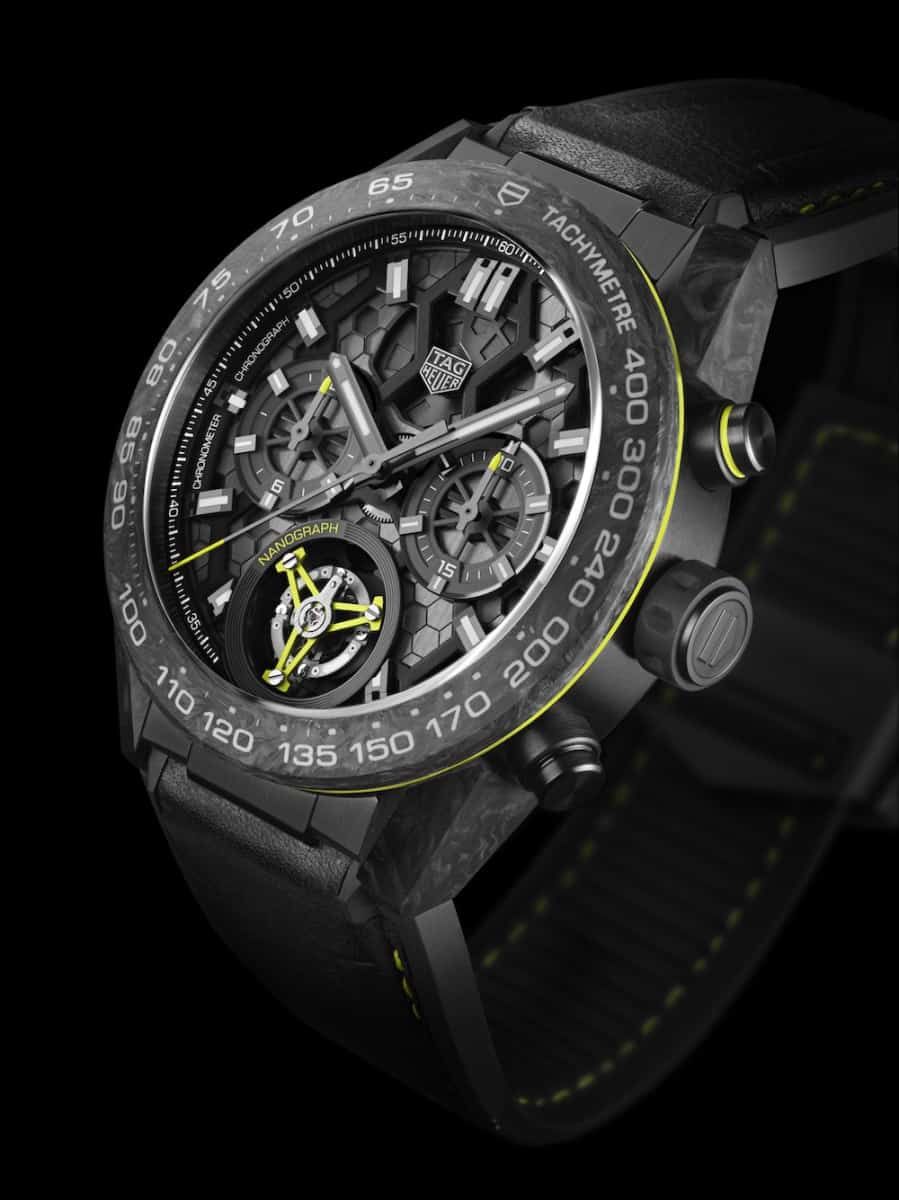 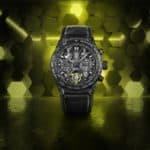 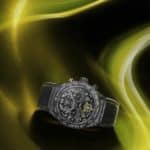 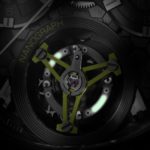 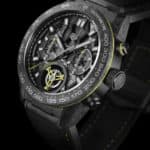 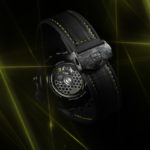 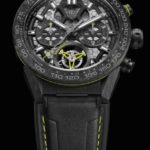 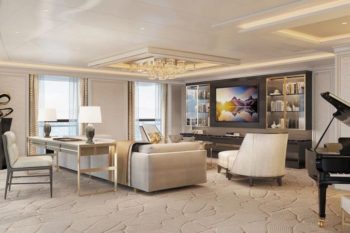