Home » Travel » The Six Most Luxurious Spots to visit in London

The Six Most Luxurious Spots to visit in London

London, the world’s capital city, is a contradictory beast. The hurly-burly of everyday life is a mask for the opulence and luxury which makes no secret of its existence. Being British, it’s almost understated; almost but not quite.

In a typically British way, London is not brash; it doesn’t need to be. London is a class act; luxuriate and enjoy. 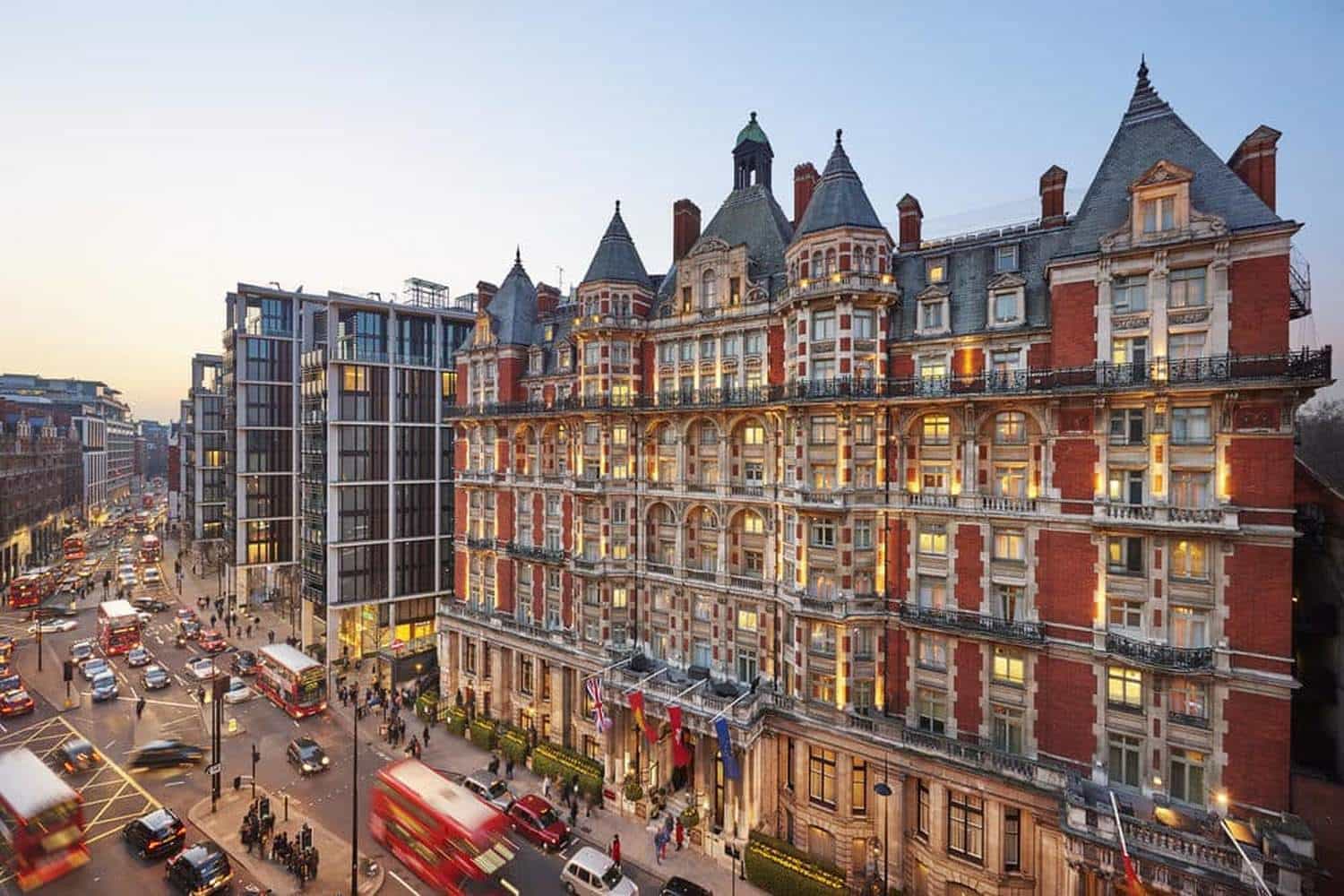 As any good explorer will tell you, setting up a good base camp is vital. And the luxury hunter is a modern explorer.

There is only one room for the luxury seeker to stay in: the Royal Suite. 242 square metres with no expense spared. At a starting price of £18,000 per night, the suite oozes class and sophistication with Josephine Home linen and an Ormonde Jayne stocked bathroom. 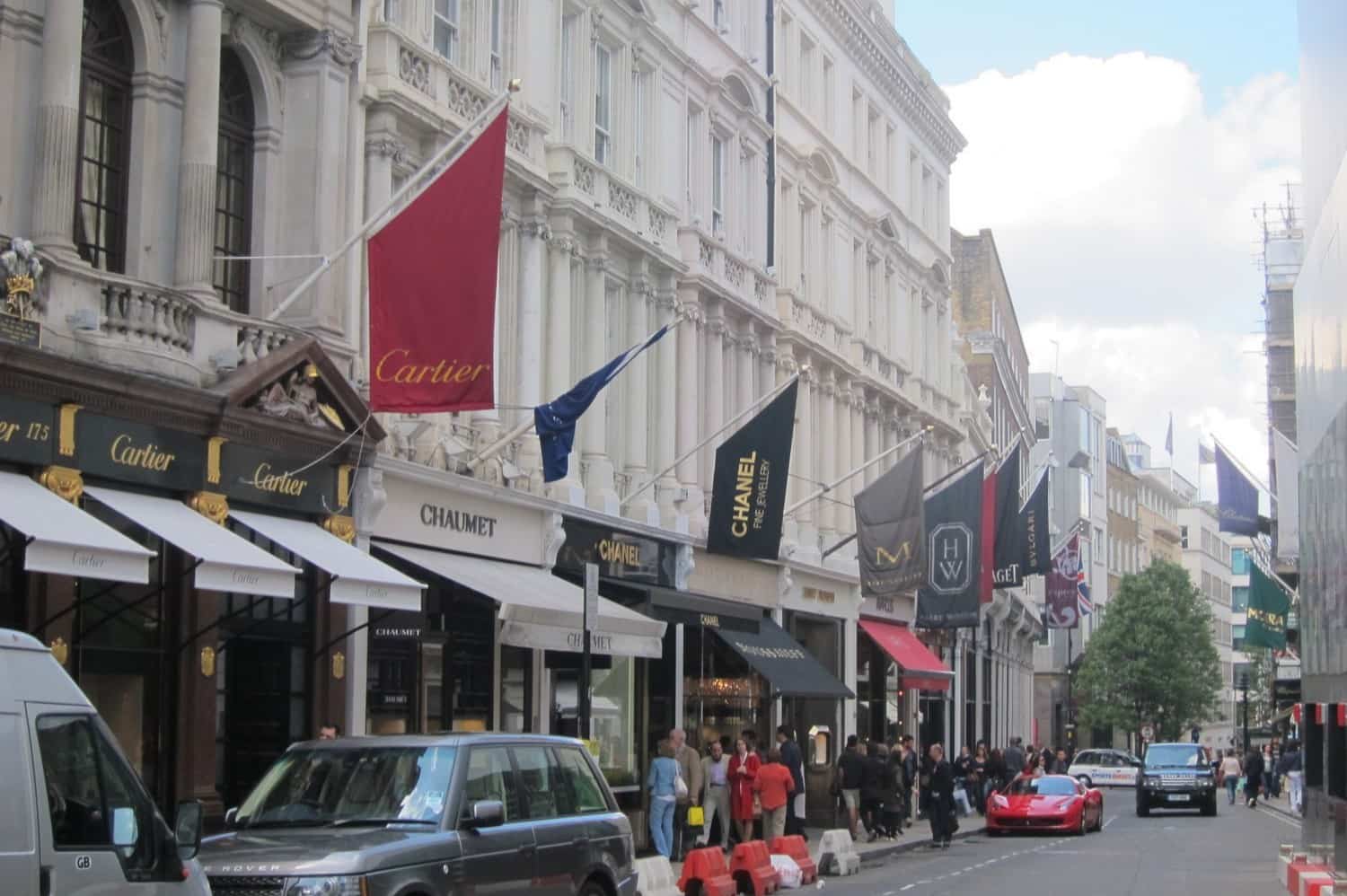 London is blessed with shops which cater to every whim and taste but when it comes to the best, Bond Street is the only destination.

Bond Street first opened in 1700 and four centuries later is known worldwide for elegance and quality, with history seeping through every pore. Lord Nelson is a former resident, as is Jonathan Swift and William Pitt the Elder.

This is the first port of call when the rich and famous reach the city. It’s hardly surprising the emporiums boast an exclusive clientele. Brands with a presence on Bond Street include Asprey, Chanel, Cartier, Hermès, Jimmy Choo, Louis Vuitton, and Tiffany Co.

As well as the retail therapy, Bond Street is in close proximity to the Royal Academy of Art, Sotheby’s, as well as Claridge’s and the Ritz. Royal Warrant holders add a little bit of class to any expedition. 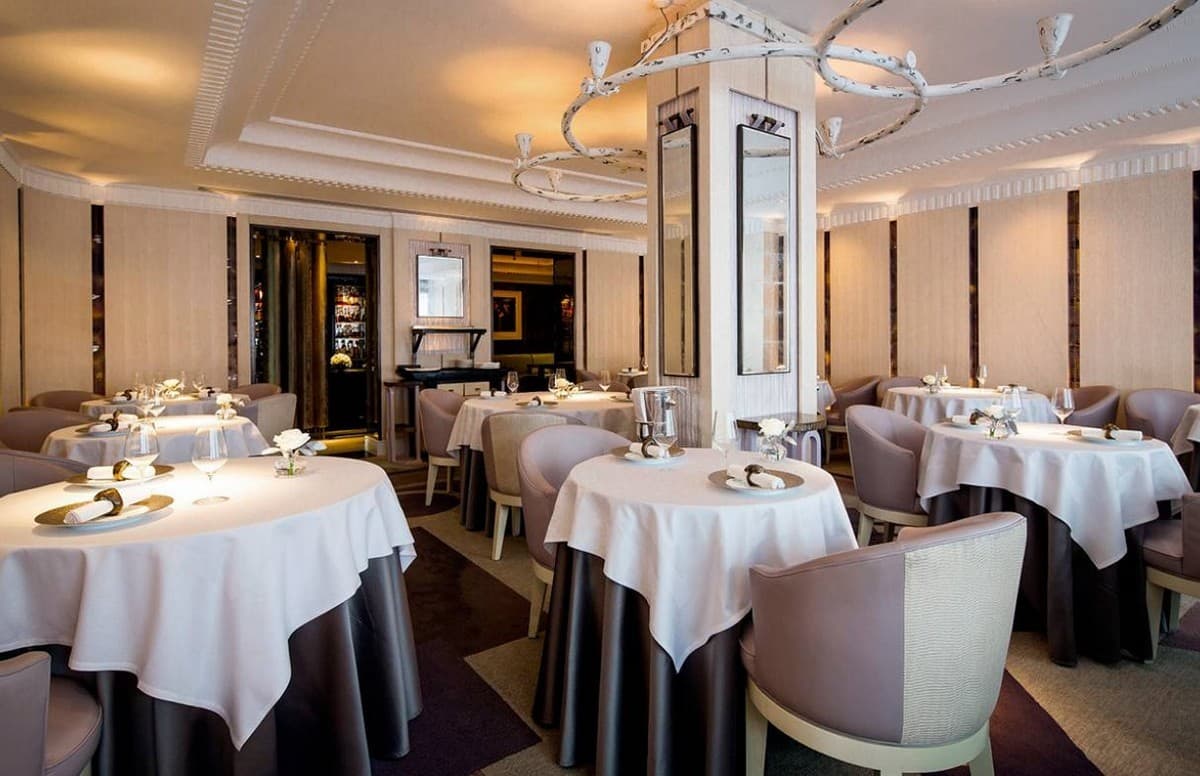 There are four Michelin three star restaurants in the UK and it’s a battle of the celebrity chefs for three of them. Heston Blumenthal struck an early two restaurant advantage but Gordon Ramsay freed himself from whichever Kitchen Hell he was stuck in, to pull one back.

Opened in 1998, Restaurant Gordon Ramsay received their three star acclaim in 2001 and maintains the highest standards in modern French and European cuisine.

With a capacity of just 44, the restaurant offers the prospect of intimacy for a romantic dinner for two or formal enough for a business lunch. Famed for the food, Restaurant Gordon Ramsay prides itself on service, which is ranked among the best in London.

Offerings on the ‘Menu Prestige’ offers seven courses for a mere £145, including Pressed Foie Gras, Roast Pigeon and Lemonade Parfait, the ingredients of which are honey, bergamot and sheep’s milk yoghurt. 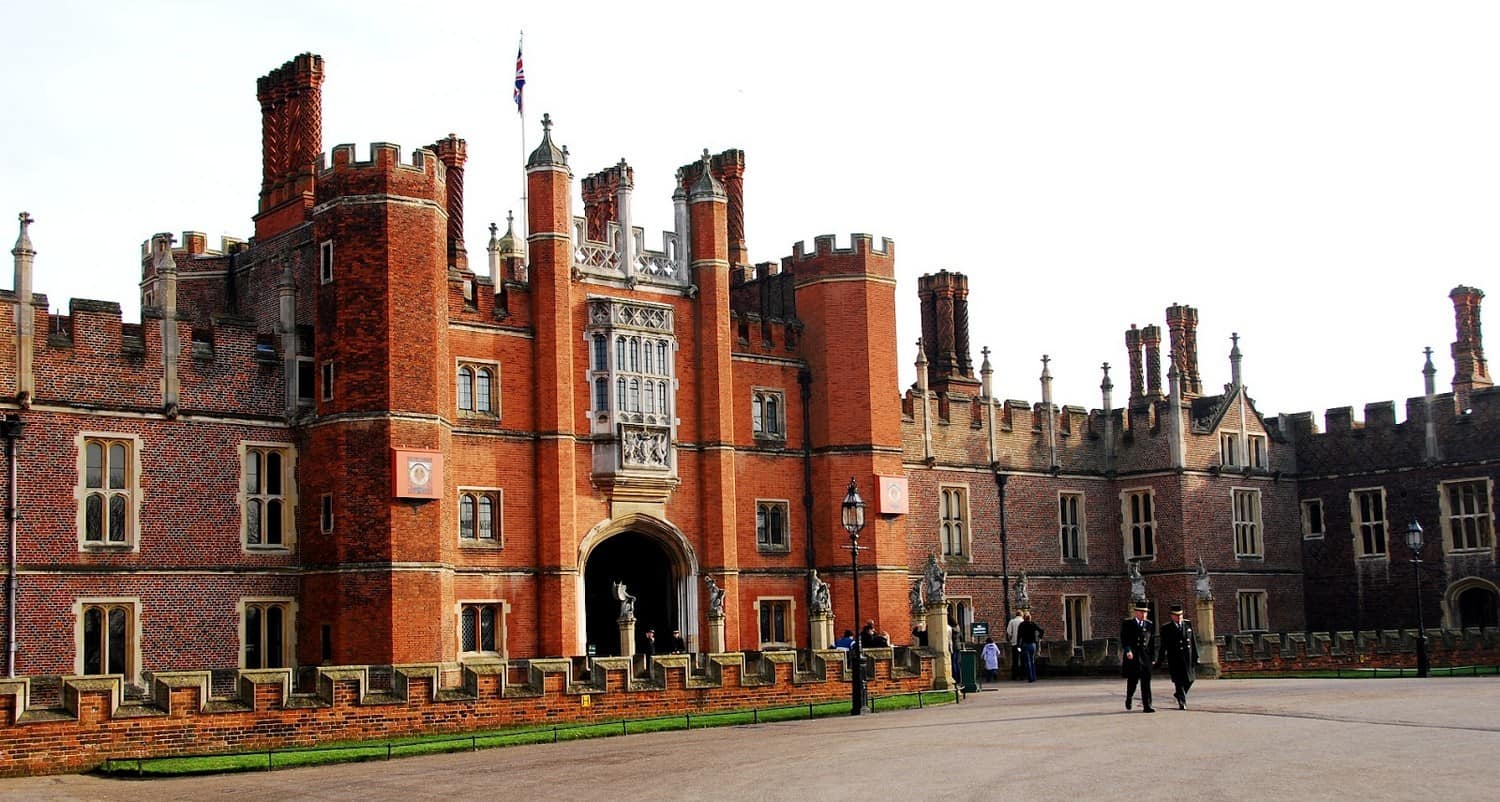 The only time to visit Buckingham Palace is for a Garden Party so we leave central London for suburbia, leaving the hoi polloi to queue for the chance to traipse through the public quarters of the monarchy’s current base.

Hampton Court Palace was the royal home of Henry VIII. Notorious in history as a womanising bully, Henry was never shy of living in luxury; the Chapel Royal with its vaulted ceilings, and an interior refurbished by Queen Anne in the 1700s, features a replica of Henry’s crown in his private pew.

Henry lived to excess in every aspect of his life. The kitchens could be required to cook 1,000 meals per day; food, women and money were the central themes of his life. It’s estimated that he lost the equivalent of £42m, according to Measuring Worth, on cards alone. If that seems excessive even by Henry’s standards, rumour had it that he lost the bells of the Old St Paul’s Cathedral whilst playing cards (estimated £3,250 GBP – a lot of money back in the days!).

Thank goodness the first casino didn’t open in the UK until 1961!

Afternoon Tea At The Ritz 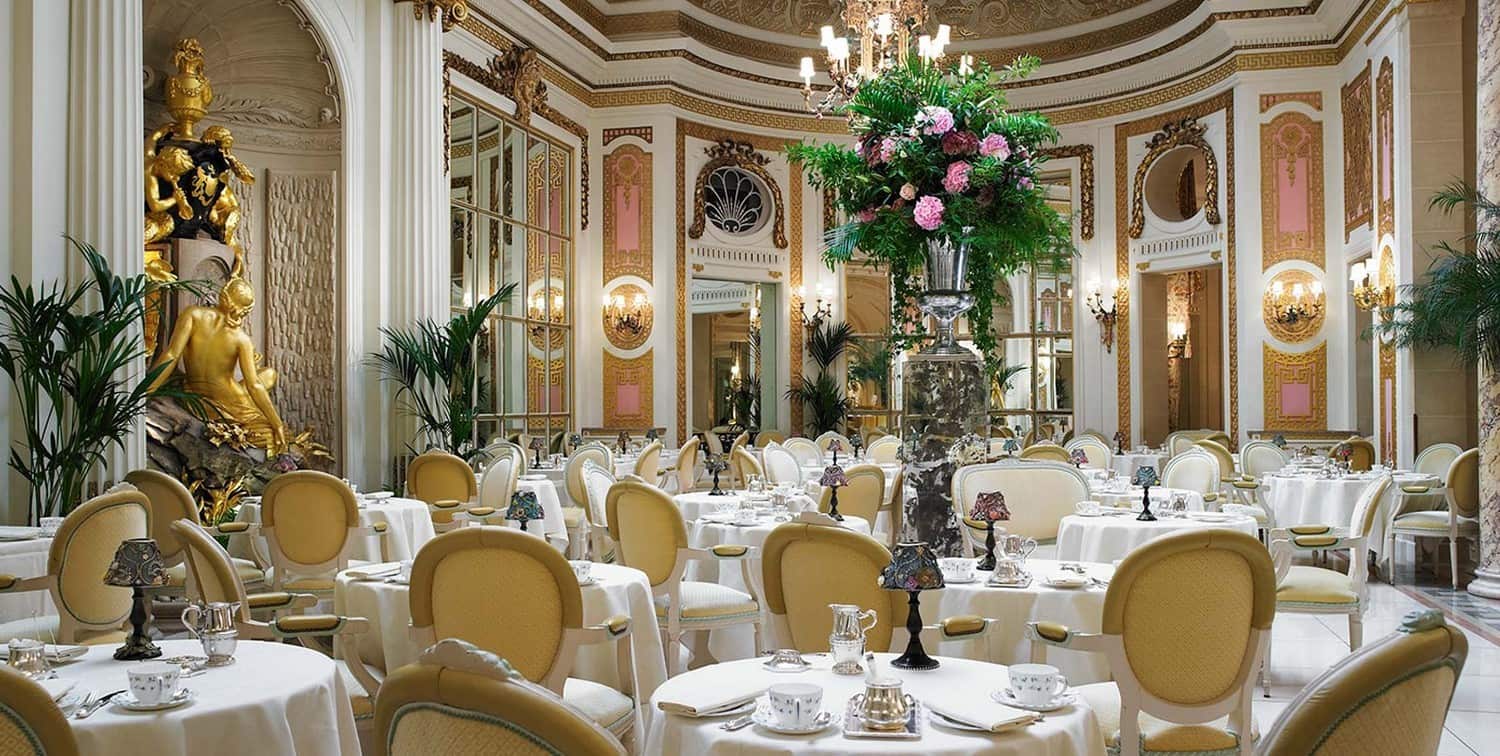 When in London, afternoon tea is a must. It is a fine British tradition and there is only place for this is the Ritz.

The Ritz and afternoon tea is almost obligatory for the sheer opulence of your surroundings. Held in the Palm Court, there is nothing left wanting. Gold leaf, the best china and linen pressed so sharply it could cut the sandwiches; add in the requirement for the gentlemen to wear a jacket and tie, and this is a trip back into the heart of the British Empire. 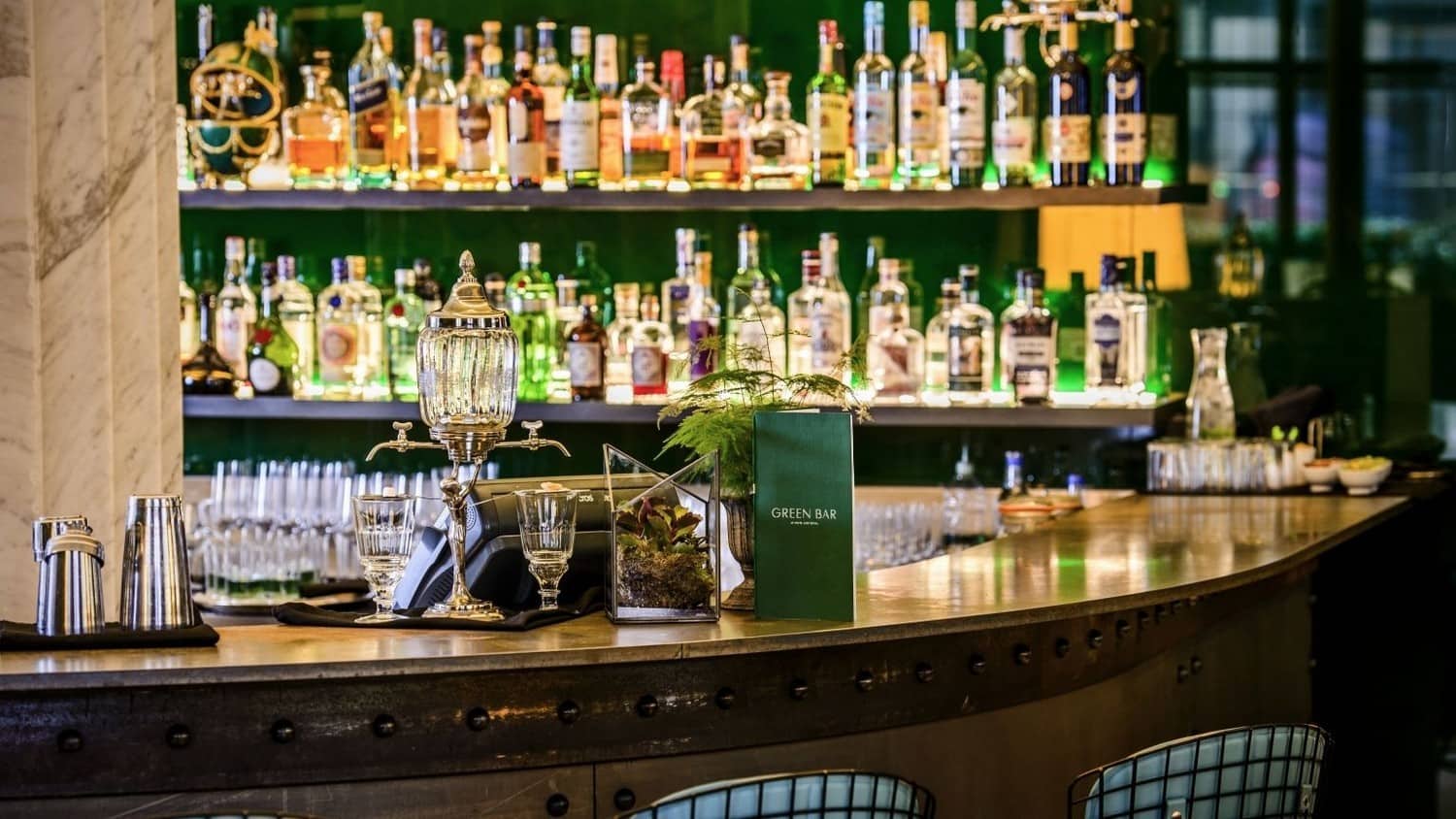 Seeking luxury isn’t restricted to the daylight hours and where better to open the evening than at the Hotel Cafe Royal?

The Green Bar takes its inspiration from the Cafe Royal Cocktail Book 1937. A glorious past is remembered with the Absinthe Experience, a green fountain into which the bar staff dip with barely a flicker of interruption, to serve an incredible array of cocktails or for the more adventurous, a green shot which evokes times gone by.

Situated between Mayfair and Soho, the Green Bar is a welcome haven of comfort and luxury away from the maddening crowd of Regent Street.

Tags:
Previous Article
The Rivale 56 Yacht is Just what the Doctor Ordered
Next Article
Audi R8 V10 Spyder Plus Looks Too Good to be True

A 1,000-foot Tall Glass Tulip Skyscraper will be London’s Next Big Attraction

Checking In At The May Fair Hotel Will be a Bliss

This Stunning London Residence is Full of Surprises 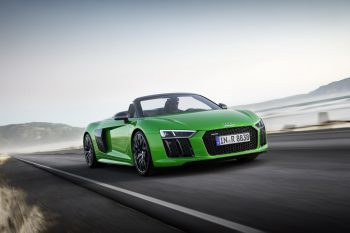 Audi R8 V10 Spyder Plus Looks Too Good to be True