Top 10 Most Expensive Cities to Live In

When you have enough money to go places, living in a boring city where there’s never anything to do is pretty much your choice. And since you do have the funds, why not move to a bustling metropolis where time never stands still?We’re talking about that place where there are so many things to do each day that you feel like you’ll never have the time to do them all.

Unless you are a very thrifty person, moving out to such an electrifying city will allow you to discover a lust for life that you never knew you had in you all this time. But living in one of the world’s most sought-after cities comes at a high cost, that’s why today we’ll take a closer look at 10 of the most expensive cities where your life gets the value of your money.

Pile up your credit cards and start packing your bags while you decide to which of these destinations you’re buying a plane ticket. 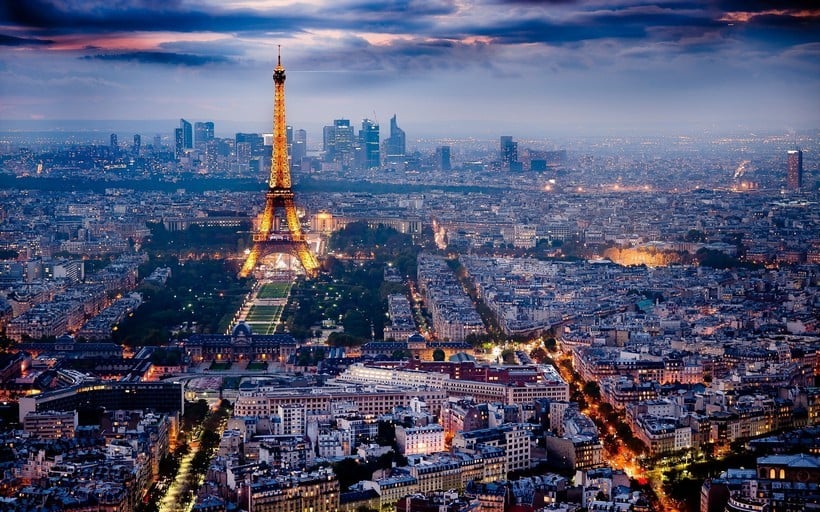 Paris needs no description, really. It might be the city of love for most of us, but unfortunately just a few lovers could actually afford to live here. It’s true that the wages in Paris are pretty great, but you still won’t afford to live in the town’s center from a standard salary, where the rent for a 1-bedroom apartment could go well beyond $4,000/month.

Outside of city centre, you could get a studio apartment for around $870/month, but if you add in utilities, food, transportation, and a little bit of fun, you will barely make it from one month to the other. But Paris is an enduring legend and it’s certainly worth all your money. Not many people could afford to go for walks on Champs-Elysees or around the iconic Eiffel Tower. 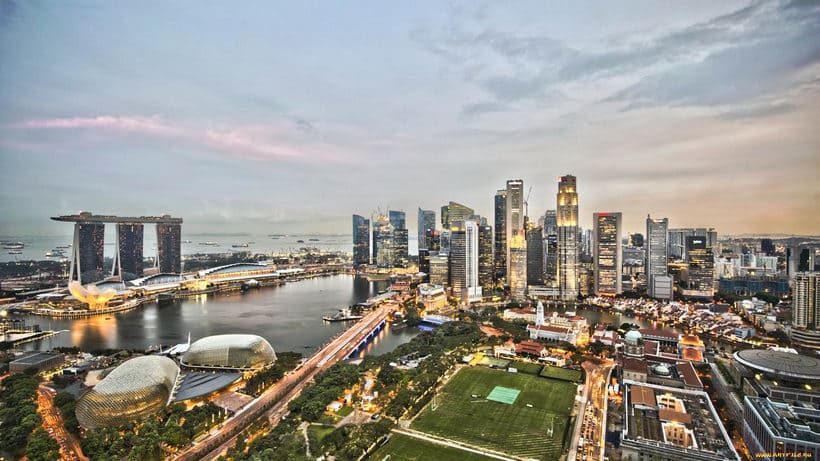 Singapore is a city of superlatives, a ritzy metropolis that’s home to some of the world’s most incredible buildings, with one of Asia’s most powerful economies. That’s why it’s perfect for both business and pleasure, and so many people dream about living here. The rent for a 1-bedroom apartment starts from around $1,900 (outside the city centre), while a monthly transportation pass plus basic utilities will add another $250 to your bill.

But what’s even more impressive is that sometimes a plane ticket is cheaper than a cab fare in Singapore. Moreover, you know those MRT charging spots for mobile phones, right? Well, in Singapore, a charge can cost you as much as $400. You’d probably buy a brand-new, fully-charged phone for that price in US or in Europe. But hey, you know what’s the least of your problems when you have money? Money. 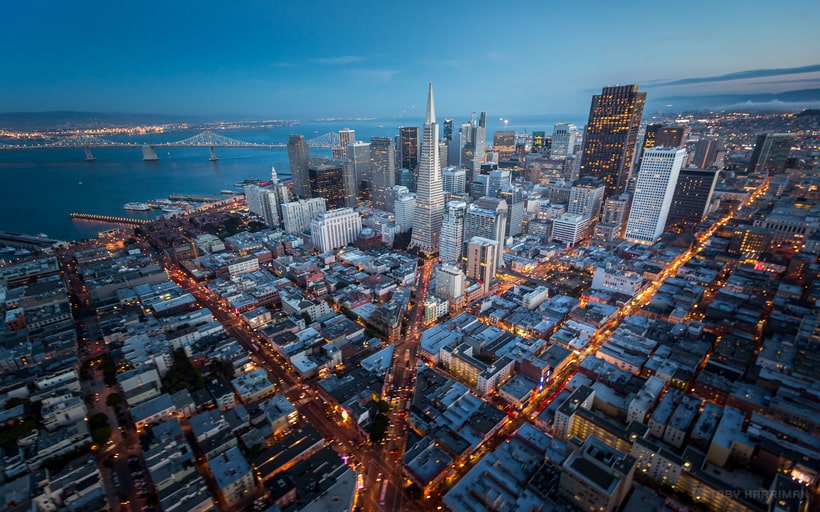 Rent in San Francisco – as well as anything else that pertains to real estate – is blindingly expensive. But how many people have the chance to say “I live in San Francisco”? A one bedroom apartment outside the city centre will set you back around $2,500/month, and if you want to be closer to all the action, you should expect to pay at least $3,200/month just for the one-bedroom option.

A decent apartment close to the city centre could be around $6,500/month, but San Francisco has plenty of things to offer to whomever affords to live here, so it’s totally worth it. Utilities and transportation are not that expensive, but if you might want to cut down on costs, you could always take a bath in the Pacific Ocean. 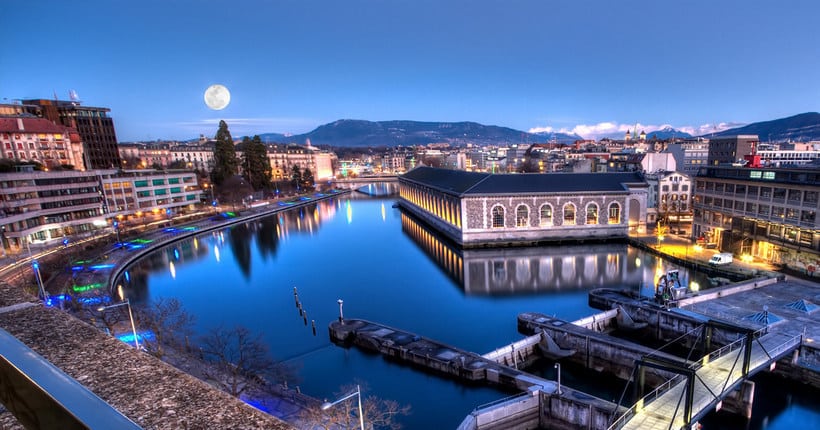 It’s no secret that Switzerland is one of the world’s most expensive countries and Geneva is undoubtedly one of the best places to call home on the entire globe. A decent apartment, close to the city centre, could set you back a cool $3,500/month, but salaries are extremely high in Geneva so.. you will probably afford it.

But you might have a problem if you love to go out pretty often, as a meal for two in a mid-range restaurant could go well beyond $100, and alcohol is very expensive as well. Geneva is a world centre for diplomacy, international corporations and organizations, and to most people living here already the prices seem too moderate. 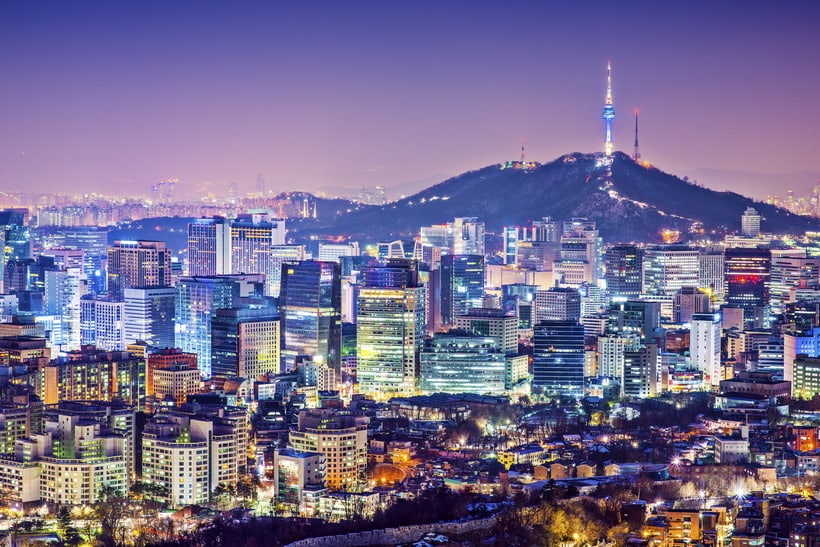 Seoul is one of the world’s most incredible cities, a place where modern skyscrapers, pop culture and high-tech, are beautifully mixed together with Buddhist temples, imposing palaces and old street markets. If you’d like to live in this surprising metropolis you should expect to pay at least $2,000 per month for a 2 or 3 bedroom apartment in a good location, with another $300/month going to utilities and transportation.

But what’s really interesting about Seoul is that fruits cost a lot! Bananas, oranges and apples are among the world’s most expensive here, and even milk costs a lot more than what you’re usually expecting to pay. But Seoul is a gorgeous city, and if you’ve never experienced the Asian lifestyle, this is definitely one of the best places to do it for the first time. 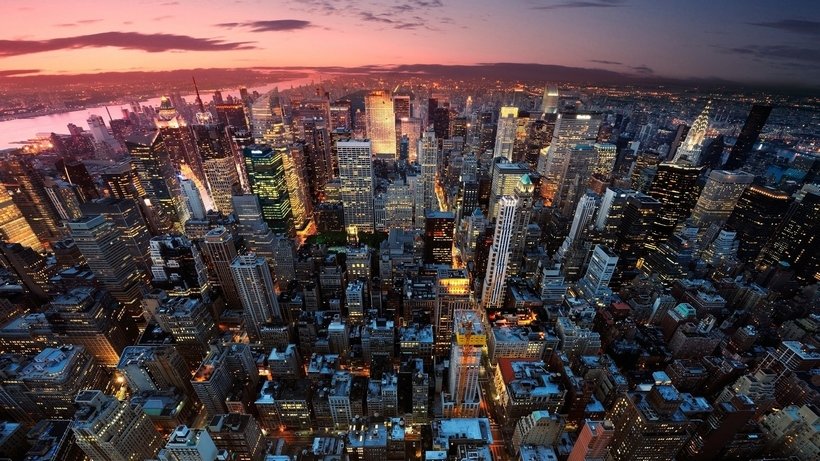 Apart from its numerous attractions, Los Angeles is also known for its exorbitant prices. Rent for a 1-bedroom apartment usually starts from $1,900 per month, and if you’d like something even bigger, or in a better location, you should expect to pay at least $3,500 per month. Utilities and transportation will add at least another $250 to your expenses on a monthly basis, but you’ll probably spend at lot more on entertainment in the City of Angels.

The city itself surely makes up for these costs. But you might also have a chance to see some of your favorite stars in action, and why not, even pursue your dream of making it into the movie business, so you’ll probably ignore all the other costs. 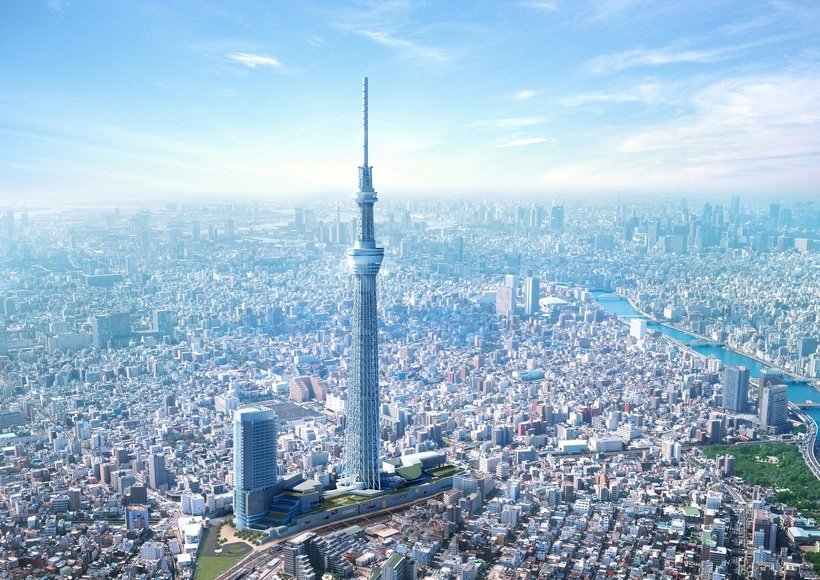 Tokyo has been named the world’s most expensive city several times in these last couple of years, and if you take a closer look at the costs of living here, you will surely understand why. Buying an apartment here, close to the city centre, will prove to be a real challenge, as the price per square meter (or sq. ft.) is almost the highest in the entire world, and even if you decide to go for a rental property you shouldn’t expect to get it cheap either.

A decent apartment in a good position could set you back around $4,000 per month, but almost anything else is expensive here as well. Food, especially fruits, Uber rides in PCO Cars, phone calls, and going out to a movie or to the fitness club – Tokyo is in the top 10 most expensive cities in each of these categories. 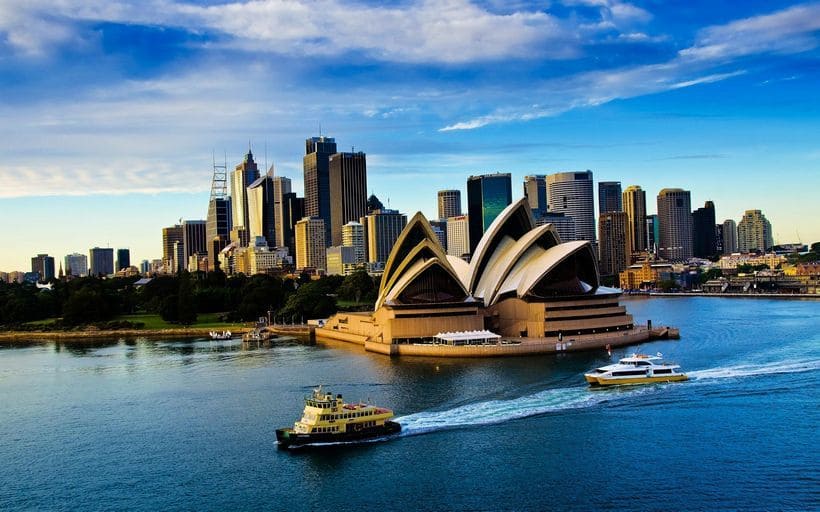 Sydney is known all over the world for its surreal housing prices. A small 1-bedroom apartment, close to the city center will set you back a cool $2,000 per month, and if you’d like to get something even bigger, you should expect to pay around $3,500 per month. Utilities aren’t too expensive here, but the price for a monthly transportation pass is one of the biggest in the entire world, at $120, and childcare costs are through the roof as well.

Even the ticket to Australia might cost you a lot, but the entire city is fantastic and you’ll never know what boredom is. Plus, you might get an awesome job that pay off extremely well. 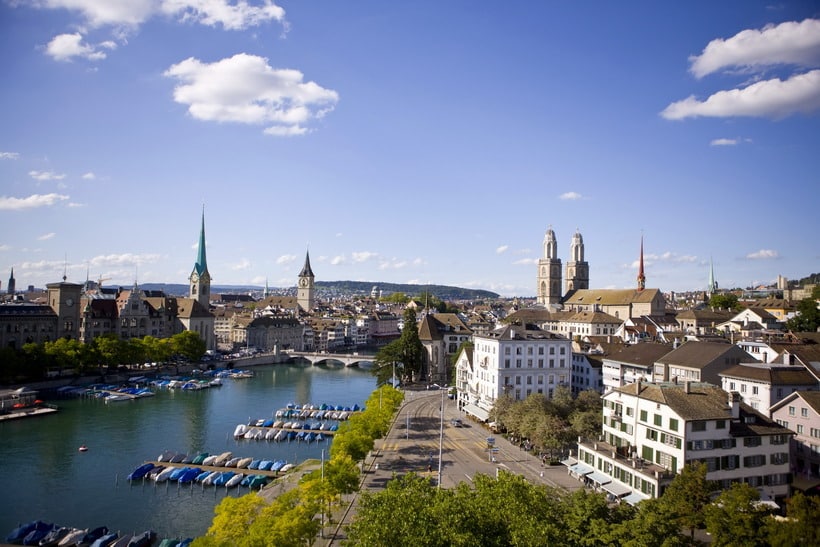 If you thought the prices in Geneva were high, you should visit Zurich a few times and you might change your mind. Switzerland’s largest city and a global financial center, Zurich will also charm you with its picturesque setting and numerous cultural treasures, that will make you fall in love with this place the minute you arrive here. The city might have some of the world’s biggest prices, but that’s only because the people who live here can afford them.

They all have fantastic wages, and so will you, if you decide to move there. But before you book a plane ticket to Zurich, you should know that the world’s highest restaurant prices are here, childcare costs are also outrageous, groceries, clothes and transportation are really expensive as well, and buying or renting a place here will prove to be a real challenge. 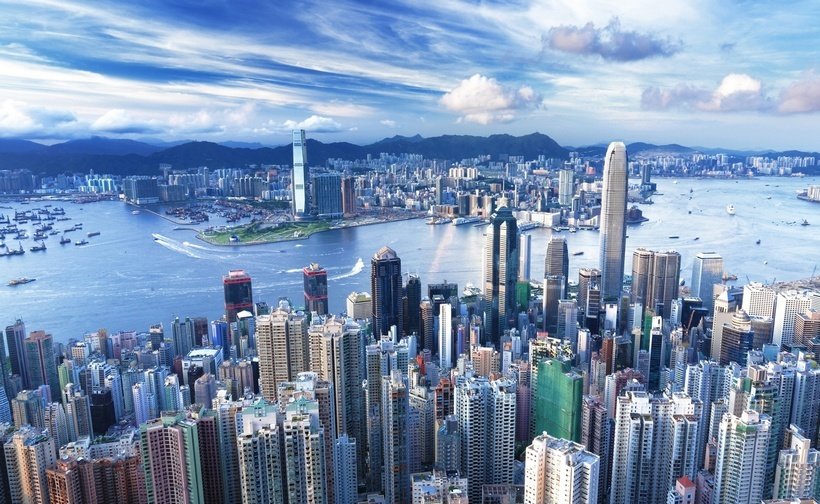 It seems like Asia is not at all friendly with those who barely break it even at the end of the month. If you want to feel like a magnate, Hong Kong should be your next destination, but.. you’ll have to be a millionaire before even considering to buy a place here. You see, the price per square meter is the highest in the entire world here, and you’ll have to pay over 25,000$/sq. m. (or around $2,323/sq.ft.) if you’d like to buy an apartment near the city centre. So a small 40 sq.m (430 sq.ft.) apartment could be around $1,000,000!

And if you’d like to rent a property, don’t expect that to be cheap either. A decent apartment will be more than $5,000 per month, and no, furniture’s not included. But then again, you’re in Hong Kong, not some place that doesn’t even show on the map.