Unveiled earlier this week at the 2019 Monaco Yacht Show, Sangi is Royal Huisman’s newest addition to the world of smart yacht concepts. The new 55 meter yacht was created in collaboration with the Dutch innovators Cor D. Rover and Van Oossanen Naval Architects, a low volume high efficiency motor yacht aimed at millionaires who look for something different.

The vessel is constructed entirely form aluminum, with a modern platform that offers a lot more space for guests inside and outside of the yacht. The yacht thus comes with plenty of relaxation areas onboard. But Sangi has a superstructure which allows its interior layout to be modelled in whatever ways its future owner desires. 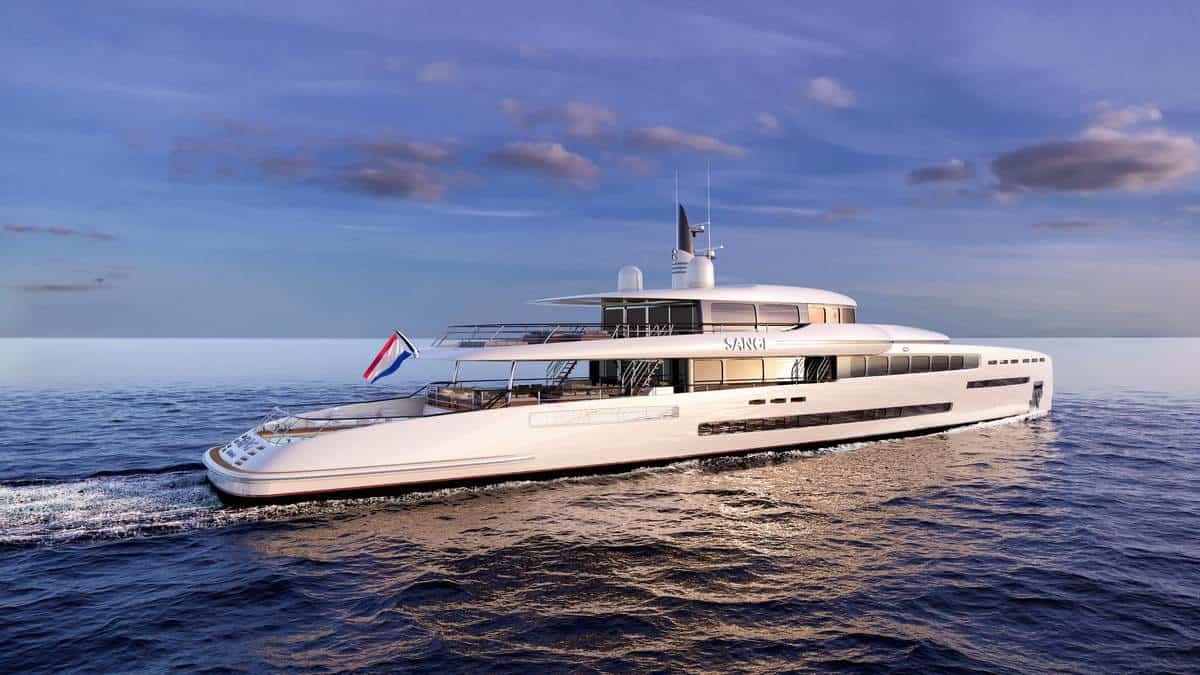 The new Royal Huisman ship can accommodate a minimum of 10 guests in a grand master suite and four or five comfortable cabins, with an entertainment theatre and generous communal guest areas adding to the overall appeal. The yacht also has space to store two tenders on the stretched foredeck, from where they could be launched and recovered easily without disturbing those onboard.

What’s more, the Sangi is also an eco-friendly vessel thanks to its fully electric and hybrid system that allows the use of a conventional engine only when needed. The power is optimised via a smart energy management system depending on the usage onboard, and since it has a sleek Fast Displacement XL hull design, the yacht has a smaller environmental impact and a higher cruising range. 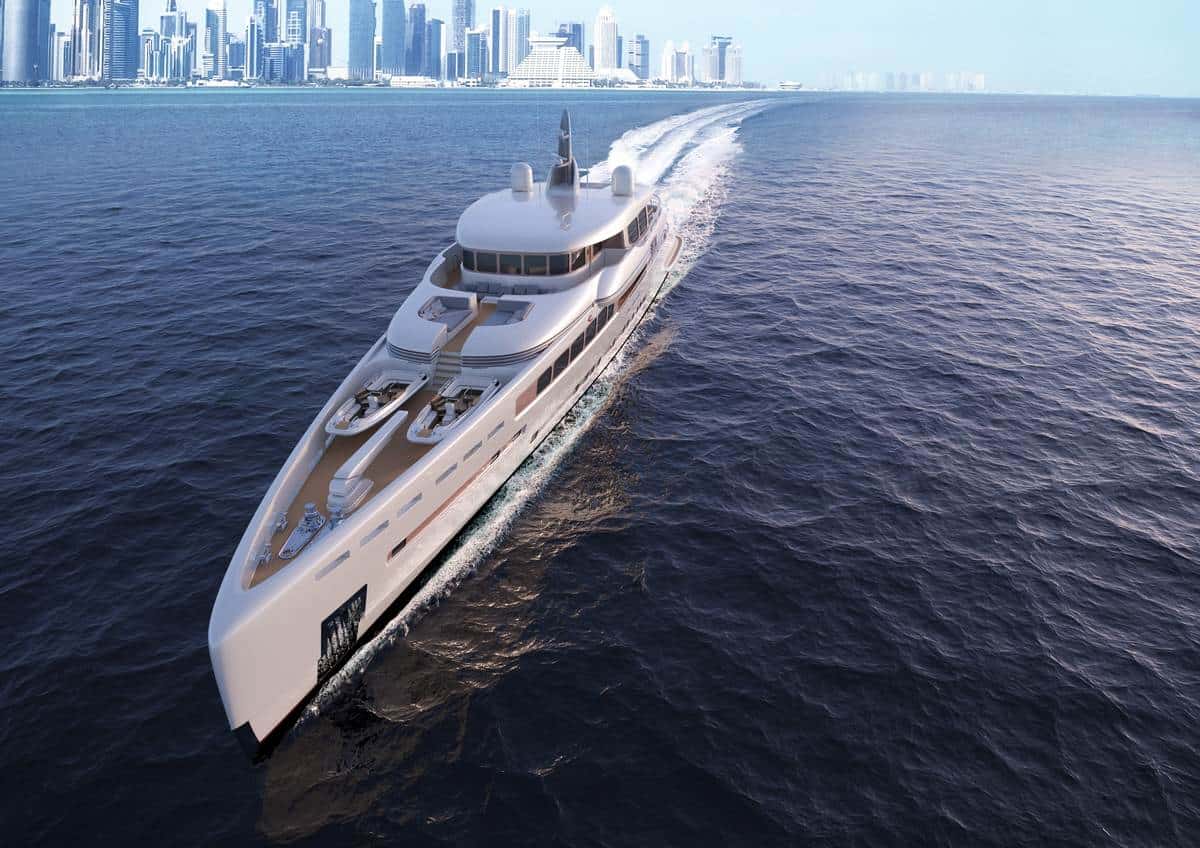 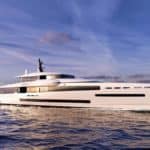 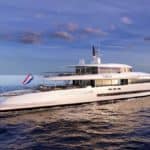 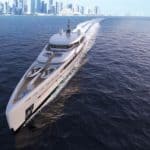 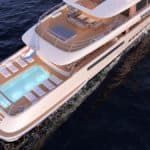 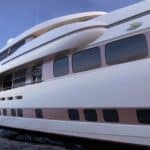