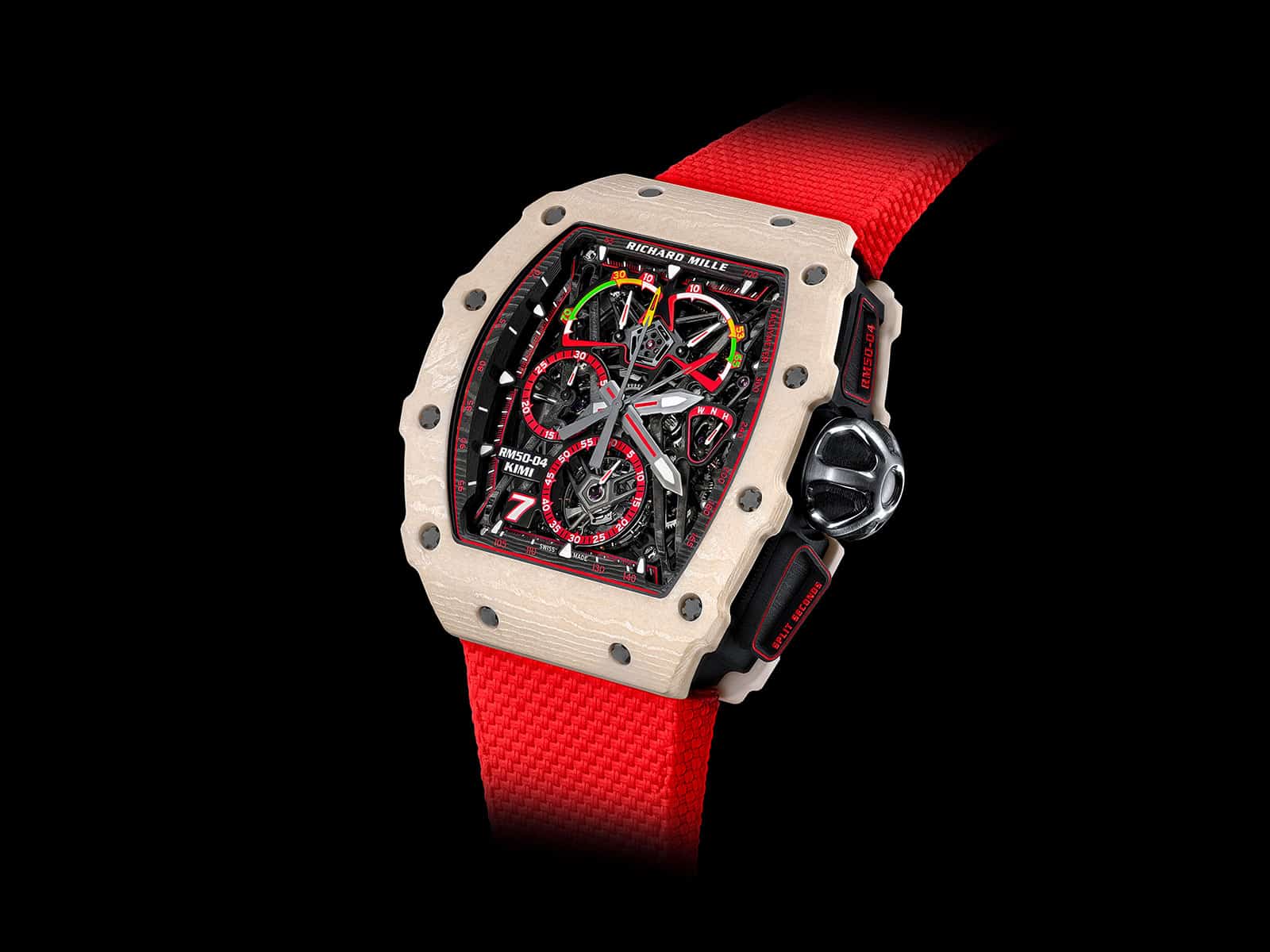 Drawing inspiration from Kimi Raikkonen’s RM008 watch, the new RM 50 by Richard Mille features a stunning tourbillon and split-seconds chronograph and comes dressed up in the new livery of the renowned Formula 1 driver. The Richard Mille RM 50-04 Tourbillon Split-Seconds Chronograph Kimi Raikkonen, as this watch is officially called, was launched at the start of the 2019 Singapore Grand Prix.

The watch, though looking large and complex, it’s actually lightweight. The design seems to be a crazy combination of details and colors, with the red, white and black livery of the Alfa Romeo C38 Formula 1 car that Kimi drives this year. Despite that wacky design, the dial doesn’t feel cluttered and reading the time is surprisingly easy. 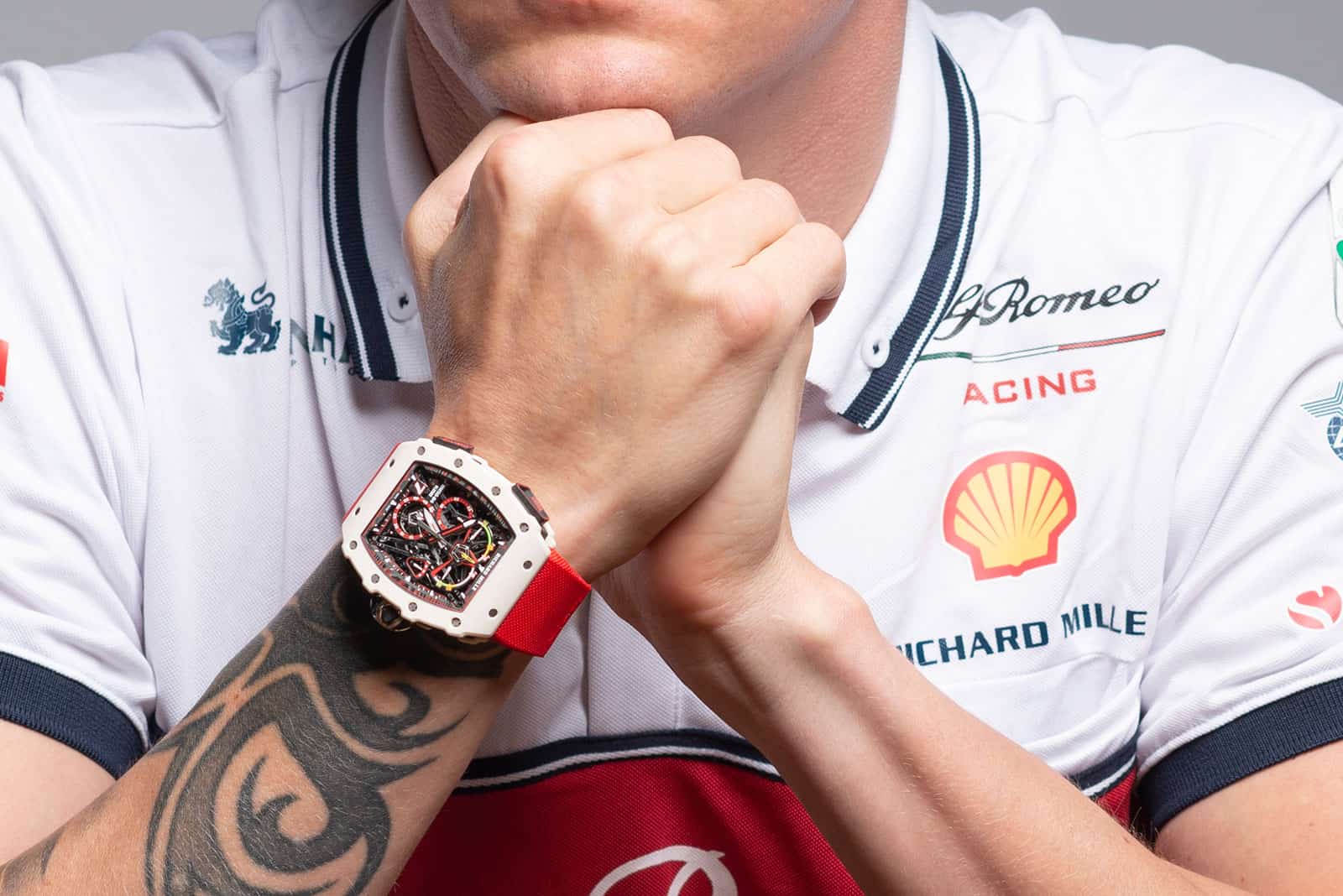 The watch is built from lightweight carbon composites, encased in a 44.5 mm case, with a height of 16.1 mm. Despite its massive size, the watch feels wonderful on the wrist and doesn’t weigh heavy. The front and back plates are made of white Quartz TPT, with a middle one from Carbon TPT.

On the mechanical side, the new watch from Richard Mille comes with the same hand-wound movement inside. The movement is made from modern materials to keep its weight low. There’s titanium bridges and base plate, with some chronograph bridges and the large X-shaped bridge of the movement made from carbon composite.

The movement has a 21,600 bph frequency and a power reserve of 70 hours. As for pricing, the actual details aren’t known, but it’s expected to rise to around $1 million, with a limited run of only 30 pieces. 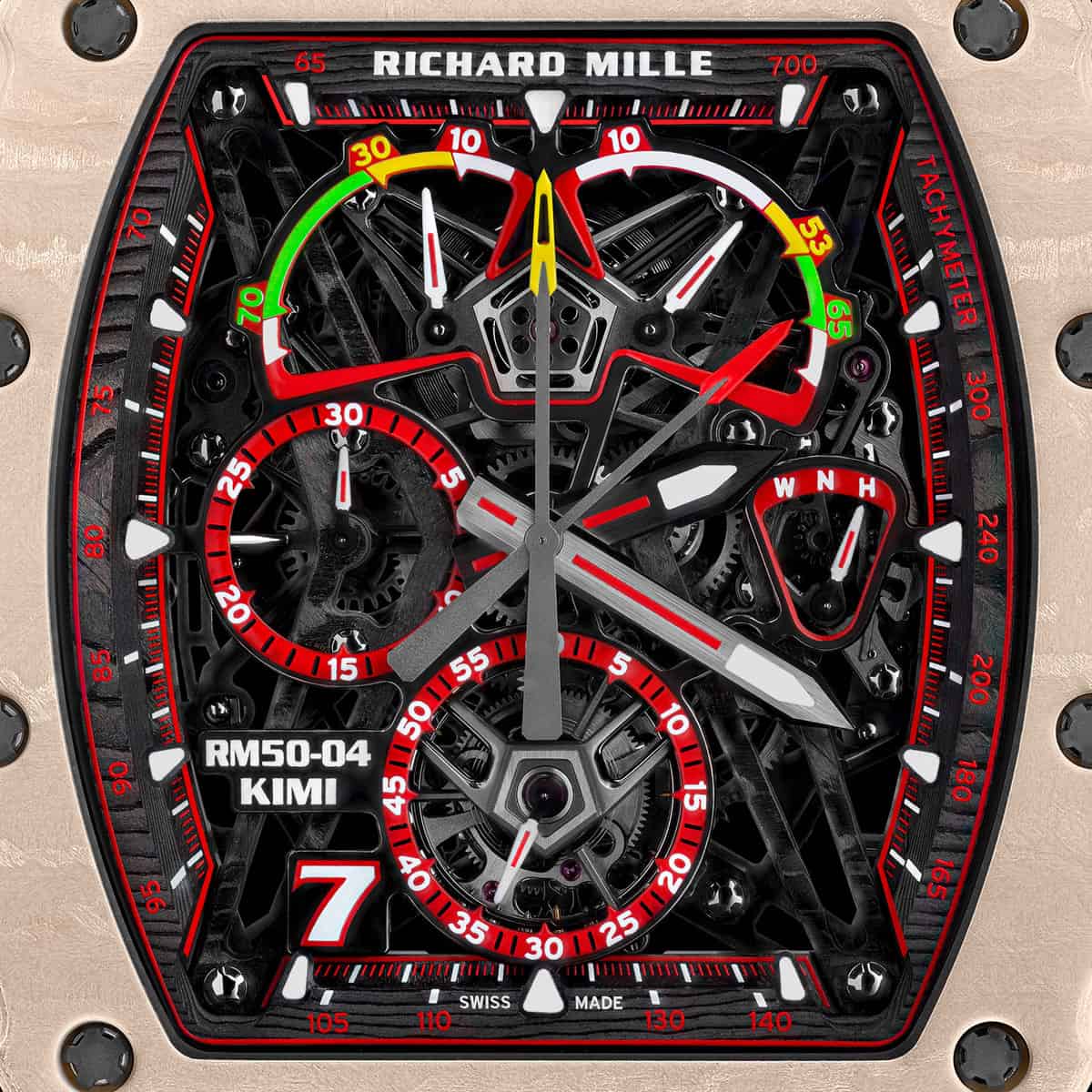 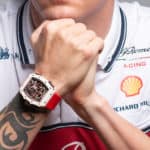 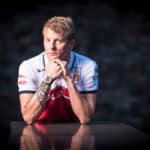 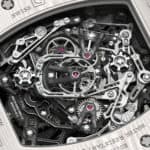 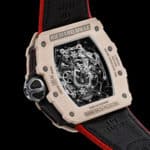 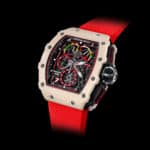 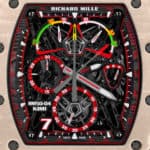 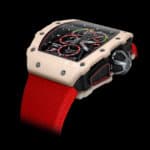 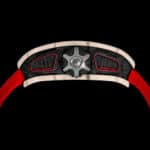 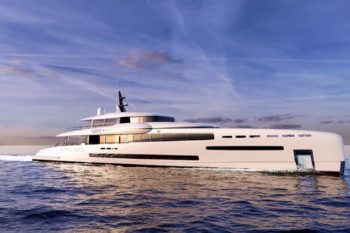