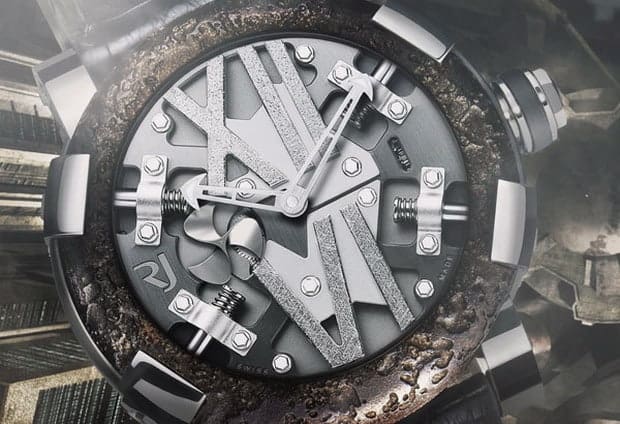 Luxury watchmaker Romain Jerome has added a new stylish watch called Steampunk to their limited edition collection of timepieces which was dubbed as Titanium DNA. These luxury watches have bezels made from authentic steel from the wreck of the Titanic, lying 3,840 meters under the sea, and steel from Harland & Wolff shipyards in Belfast, where the renowned ship was built almost a century ago.

The new watch in this collection, the Romain Jerome Titanic DNA Steampunk, has a 50 mm diameter case and it features a movement without a tourbillon, making it a bit more affordable than other watches from the Titanium DNA collection.

The hands of the watch resemble the anchor of the Titanic and the X motif of the bezel claws are continued with screws that go deep into the dial. These screws are also meant to resemble steam engine pistons. The Steampunk watch will be produced in a limited run of just 2,012, each of them being priced at around $13,,000 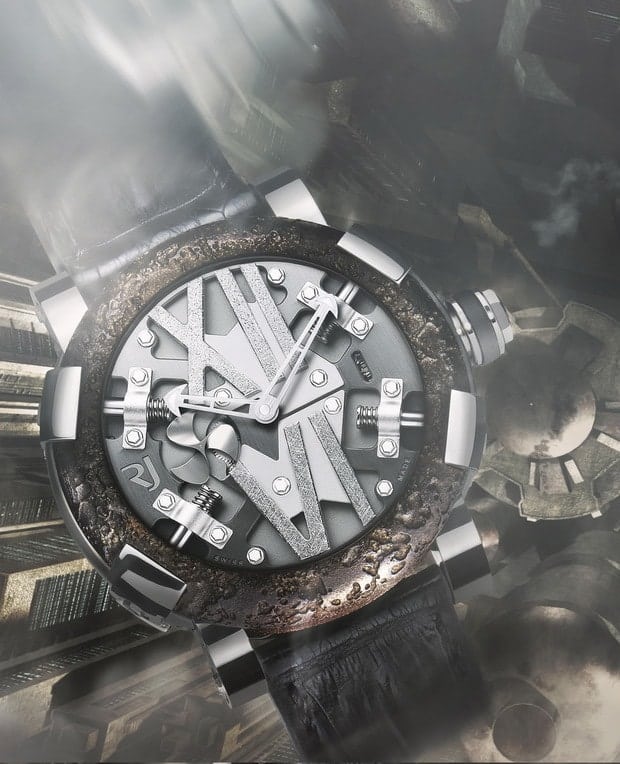 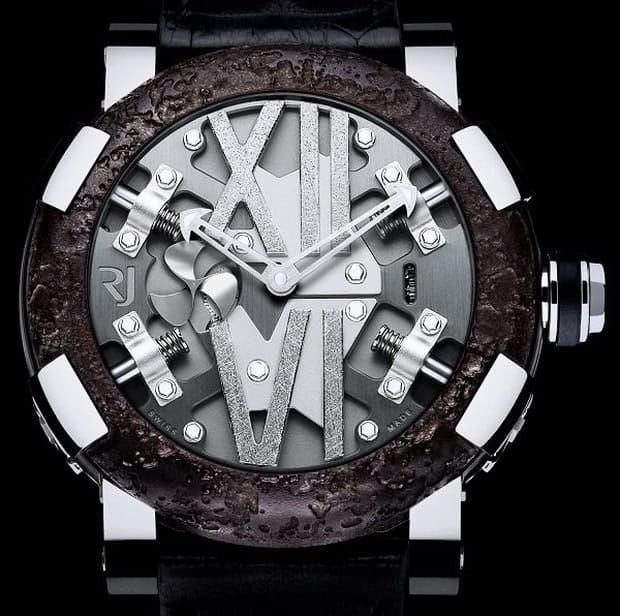