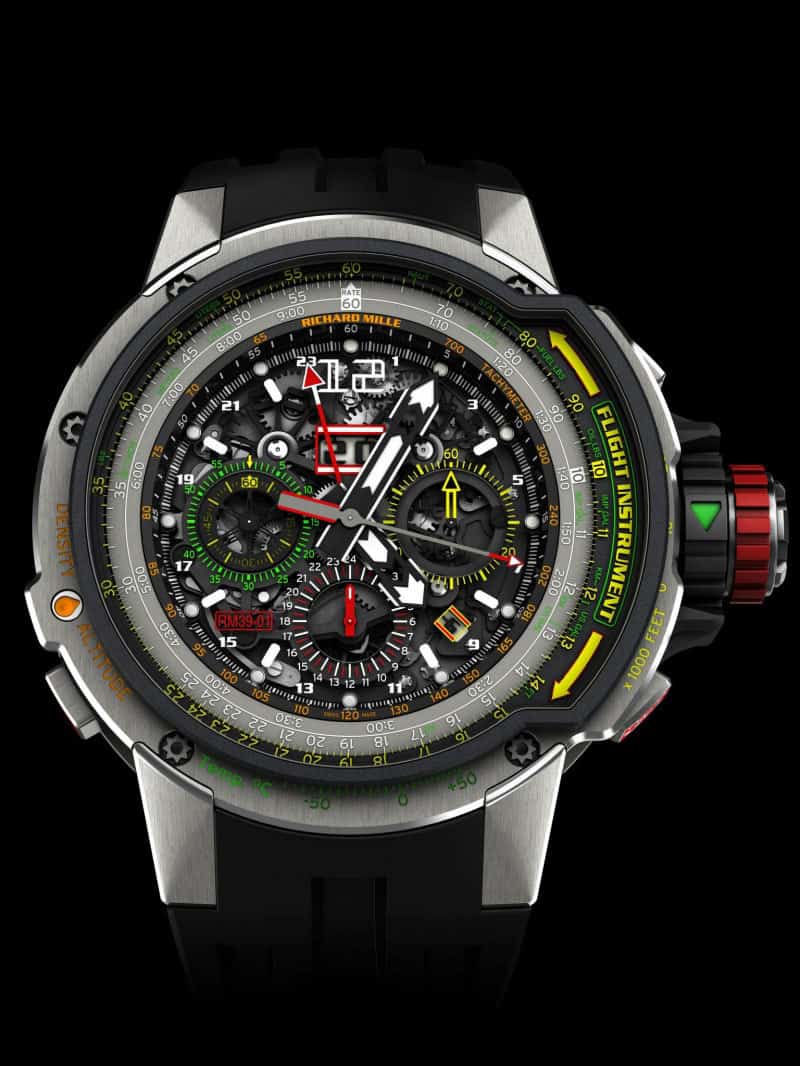 Richard Mille had introduced the RM 039 Tourbillion Aviation E6-B during the last year. For 2013 though, the watchmaker has prepared a superbly complex tourbillion flyback caliber with 1,000 parts as a massively improved version of the aforementioned. I’m talking about the RM 39-01 which will be depicted as follows.

The E6-B slide rule was in fact invented back in the 1930s by Lieutenant Philip Dalton in the Unites States. This particular piece will definitely entice most pilots out there, being able to indicate fuel consumption, ground speed, altitude, wind influence and flight times thanks to as series of units of measures. The manufacture of such a piece had, of course, needed quite a lot of skill and research, in addition to being usable as a regular timekeeper, with alarms and date function chronograph.

In addition, the RMAC 2 automatic caliber beating inside the RM 39-01 boasts UTC and countdown functions, a massive date positioned at 12 o’clock, chronograph, variable geometry rotor and month display. It includes around 620 parts and a wonderful 62 jewels, alongside 50 hours of power reserve. It is also available with a special function-locking mechanism – a locking crown was implemented by Richard Mille in order to prevent eventual in-flight activation of the chronograph, which fixes the crown and the pushers in place by turning the ring. The red and green markers serve as indicators of this – green if it’s activated and red if it’s not.

The RM 39-01 has premiered on the occasion of the 2013 Baselworld in Switzerland and will reportedly go on sale during the next months. 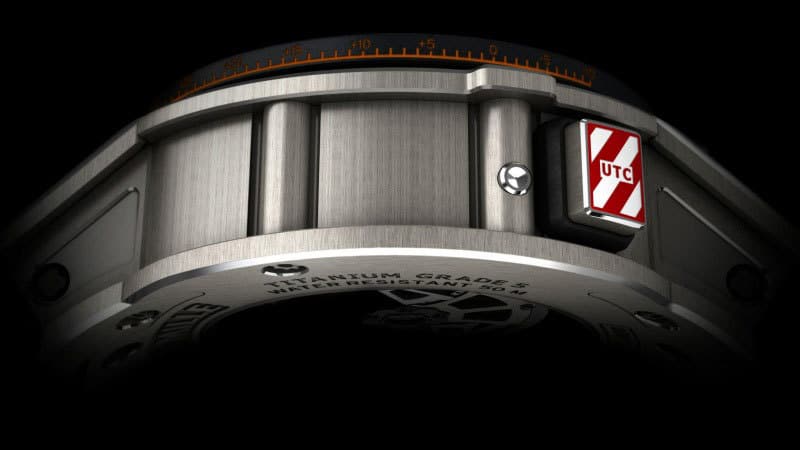 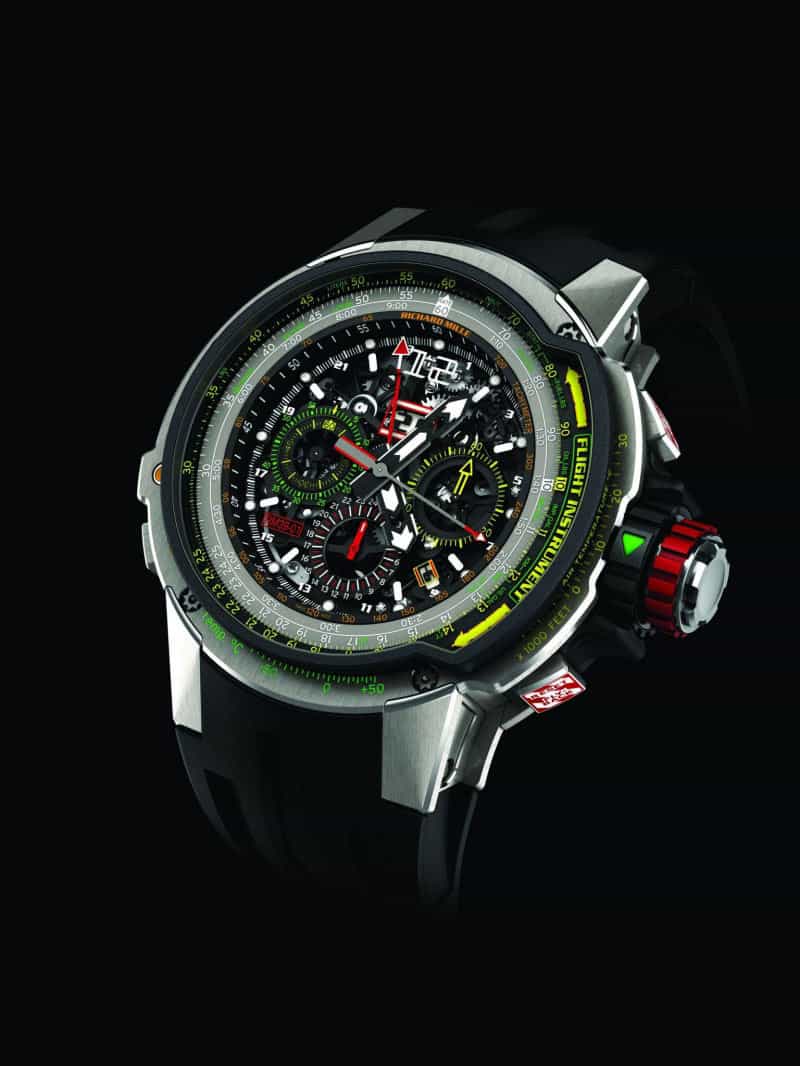 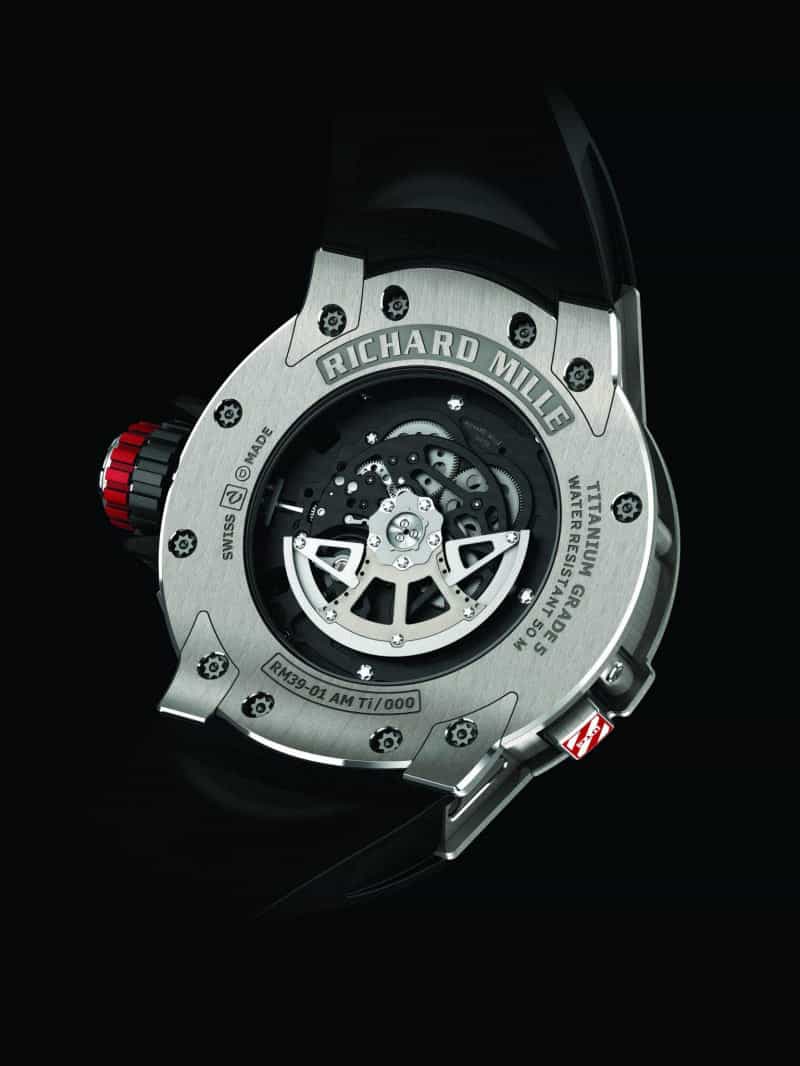