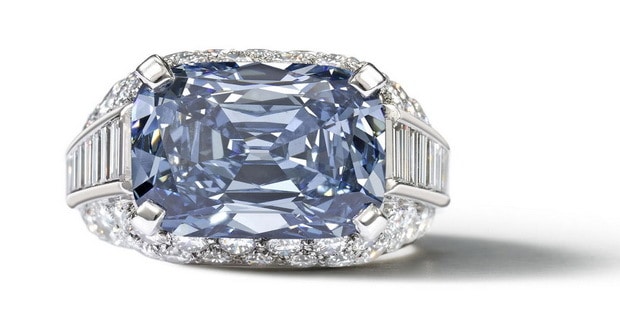 Due to take place on the 24th of April 2013, the Bonhams Fine Jewellery sale will probably be highlighted by this extremely rare and mind-bogglingly staggering Bulgari diamond ring encrusted with a massively rare blue diamond.

The ring was manufactured during the 1960s by Bulgari and was dubbed the Trombino Ring. It boasts with a cushion-shaped glamorous deep-blue diamond which weighs roughly 5.30 carats. It is set horizontally, alongside other baguette- and brilliant-cut diamonds. What makes this piece particularly precious is the fact that blue diamonds are extremely rare, let alone one weighing above 5 carats.

The Director of the Jewellery Department for Europe and UK, Jean Ghika, describes: “Blue diamonds, especially those over 5.00 carats, are extremely rare to see on the market and continue to be highly sought-after. During the 1960s and 1970s Bulgari was well known for its imaginative settings and use of colored diamonds, making them one of the most innovative and fashionable jewelers of all time. This ring epitomizes that ‘golden era’ of elegant simplicity and we are honored to be handling the sale of such a unique gem.”

Bonhams has previously sold other blue diamonds. For example, a glamorous blue diamond ring, manufactured by the brand, was auctioned during September 2011. It was garnished with two pear-shaped diamonds, one of them vivid-blue while the other white – and was sold for £1.9 million (around $3 million). The final price was in fact double the pre-sale estimative one.

The ring featured in our story is estimated to fetch somewhere between £1 and £1.5 million (the equivalent of $1.5 – 2.3 million). 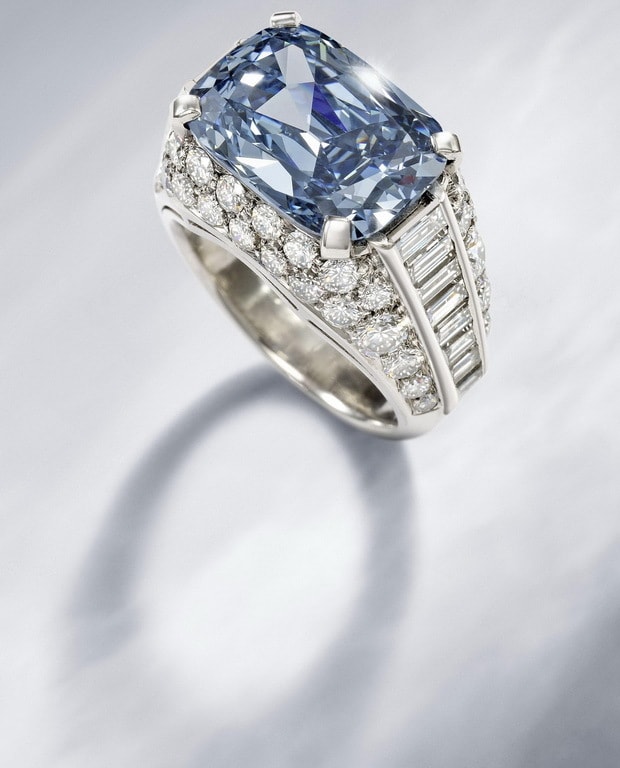