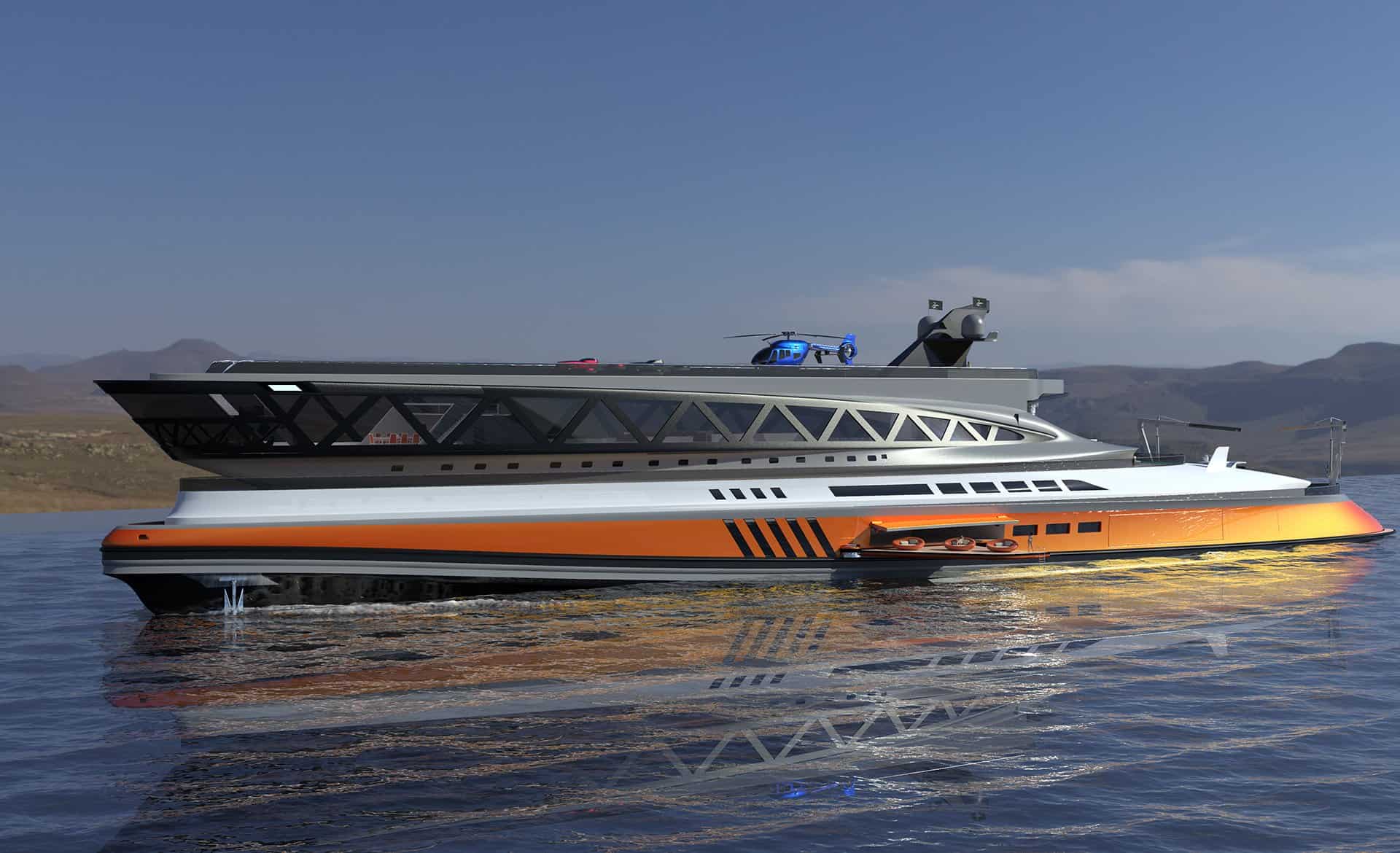 I bet you guys enjoy nature-inspired superyacht concepts just as much as we do, especially when it looks as outrageous as the one you’re about to see today. The acclaimed Italian yacht design studio Lazzarini has recently unveiled this incredible 153-meter shark-shaped vessel, dubbed Prodigium.

The mesmerizing yacht concept before you takes ‘lethal’ to a completely new level; having been inspired by sharks, this thing looks like it’s always out on the prowl – please note the large side fins, which transform into additional terrace space.

Thanks to these cool fins, Prodigium can add an additional seven meters on either side of the already generous 3-meter beam. 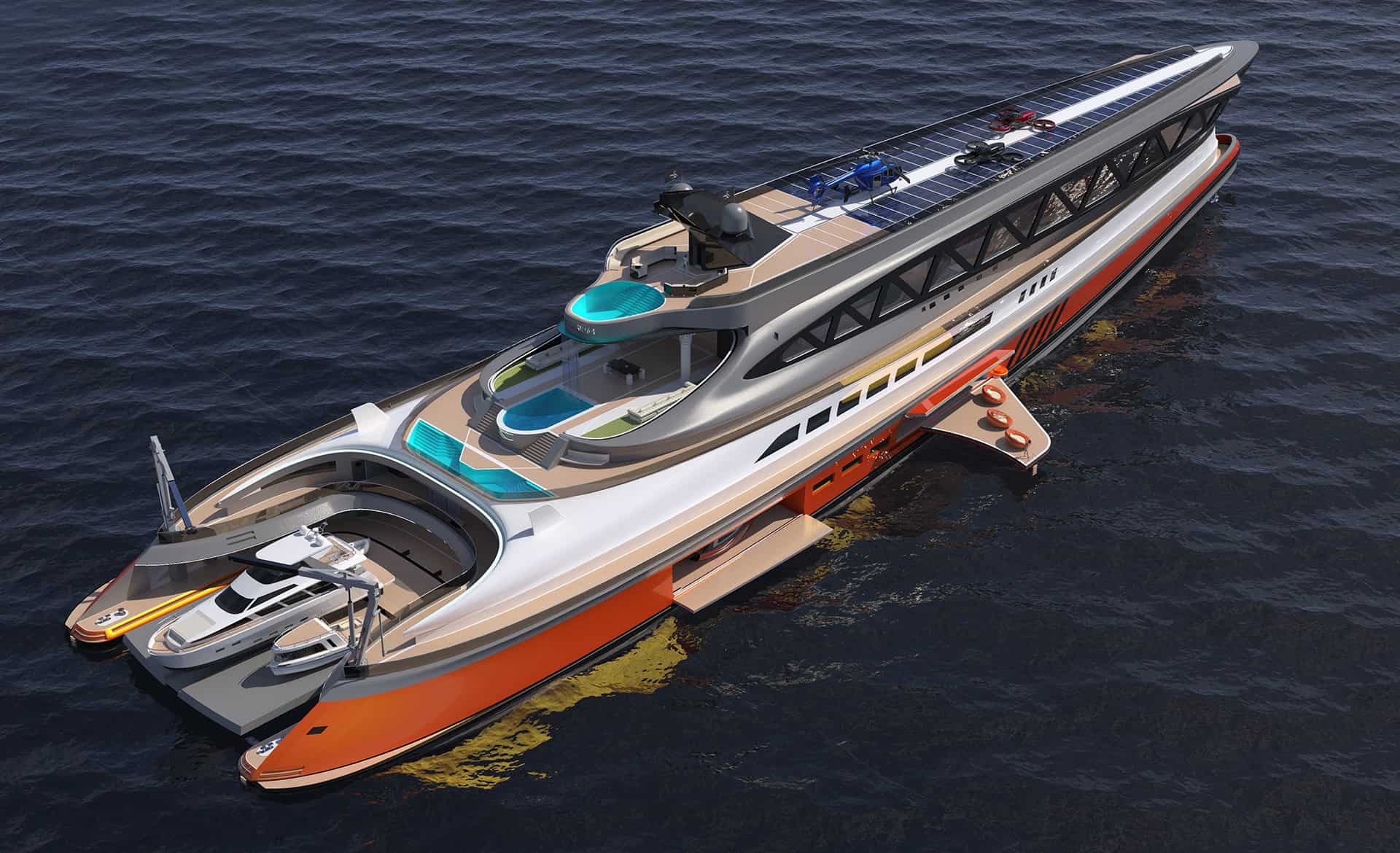 Ancient Roman architecture also made its influence on this yacht, with the Prodigium concept covering six massive decks worth of living areas, all of them being constructed out of carbon and aluminum.

As you might expect, the main living area is on the uppermost level, but the surprise is that the upper deck resembles the outline of a shark. 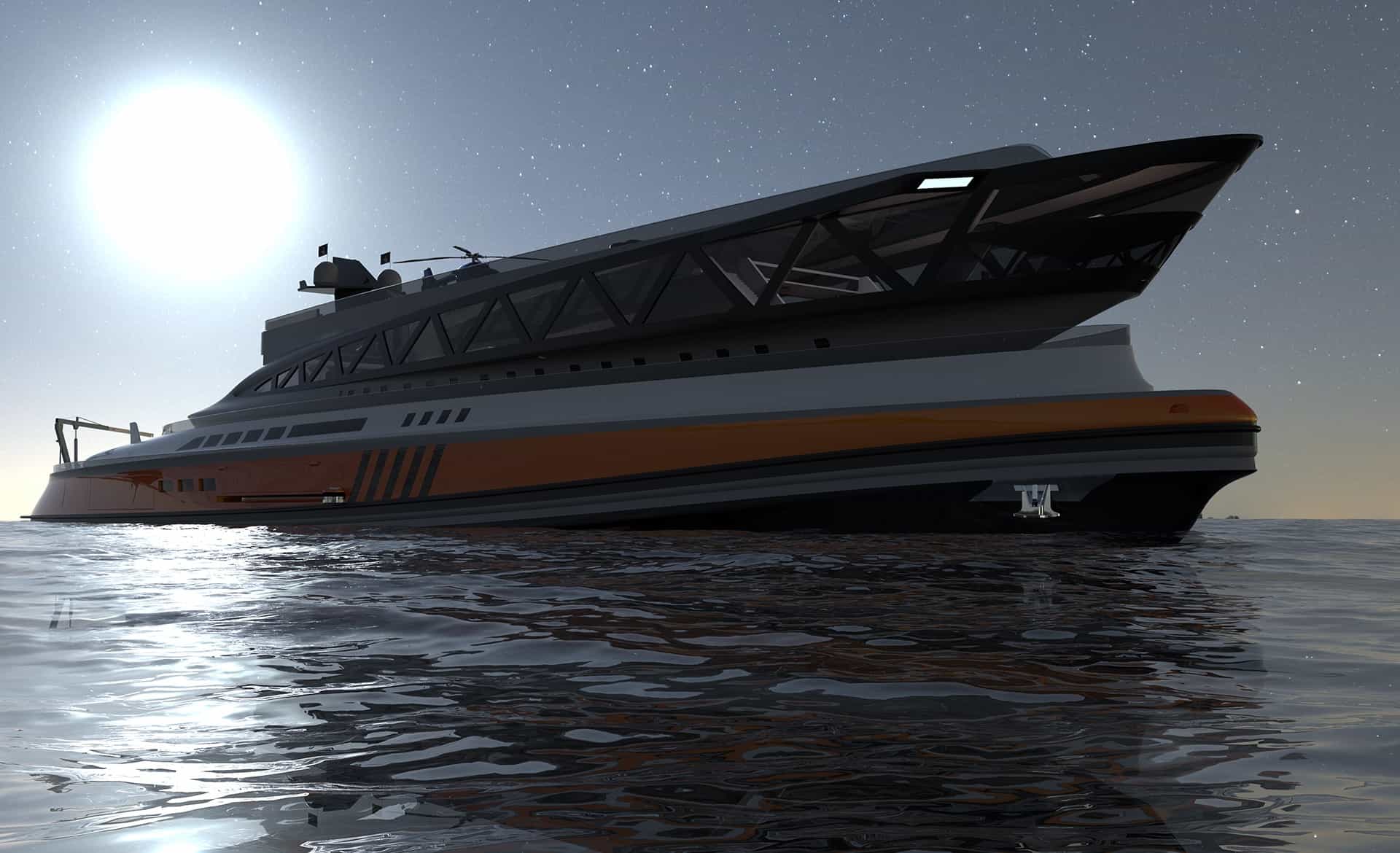 Roman columns were positioned on either side of the entrance, mostly for structural integrity, as the swimming pool that extends outside had to receive some serious support, but design cues were also considered.

Fully capable of accommodating as many as 44 guests, this spectacular concept could also house an entire fleet of eight tenders and three helicopters, with the rear deck featuring a large port area, where 30-meters yachts may be docked and prepared for last-minute trips. 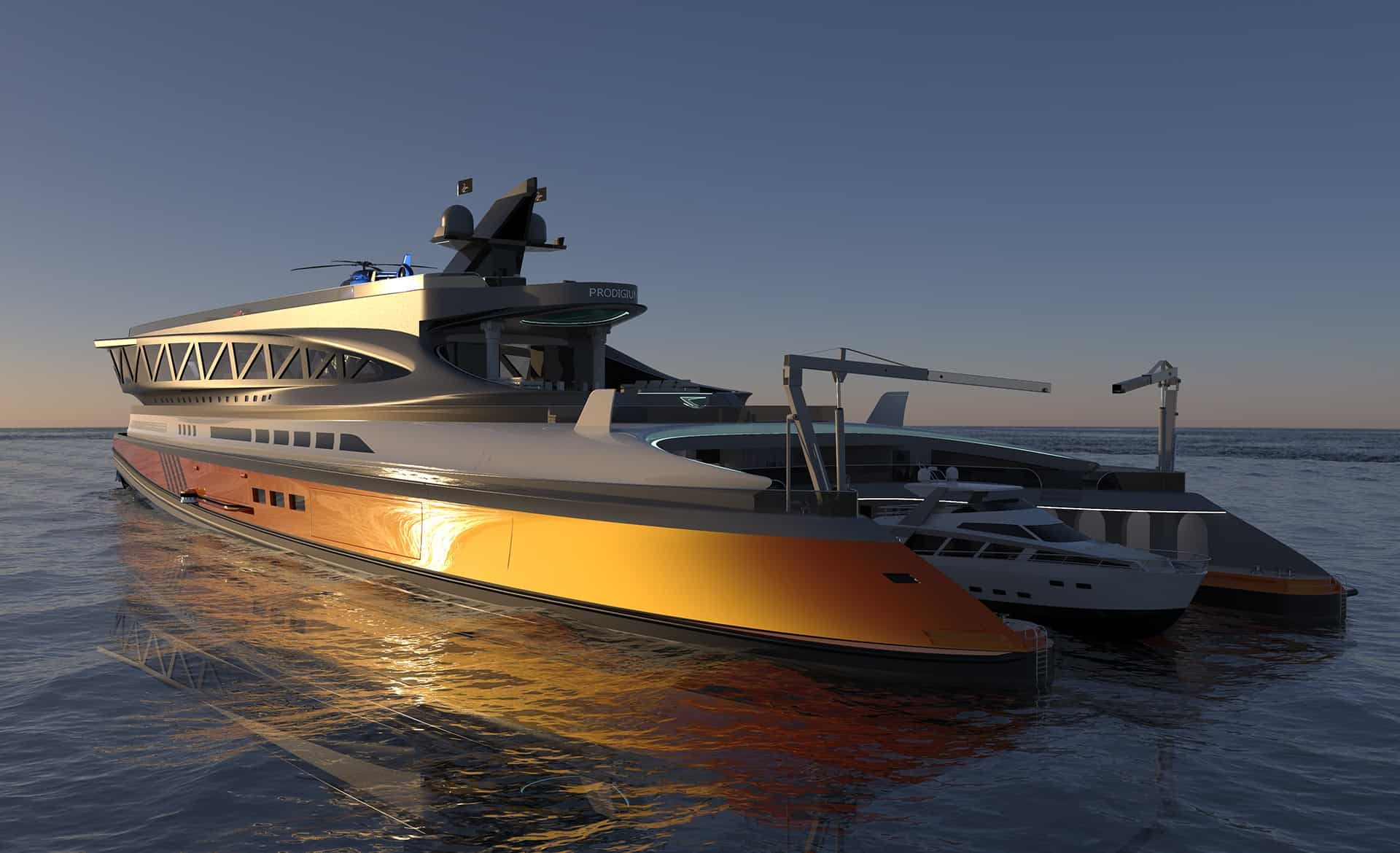 The rooftop is a real treat as well, offering 300 square meters of amenities. It’s also covered in solar panels that will provide enough power for lighting this massive yacht when it’s docked.

The guys from Lazzarini Design imagined this bonkers yacht with a combo of three jet engines and twin electric centreline engines, that should take Prodigium to a 22-knot cruising speed. 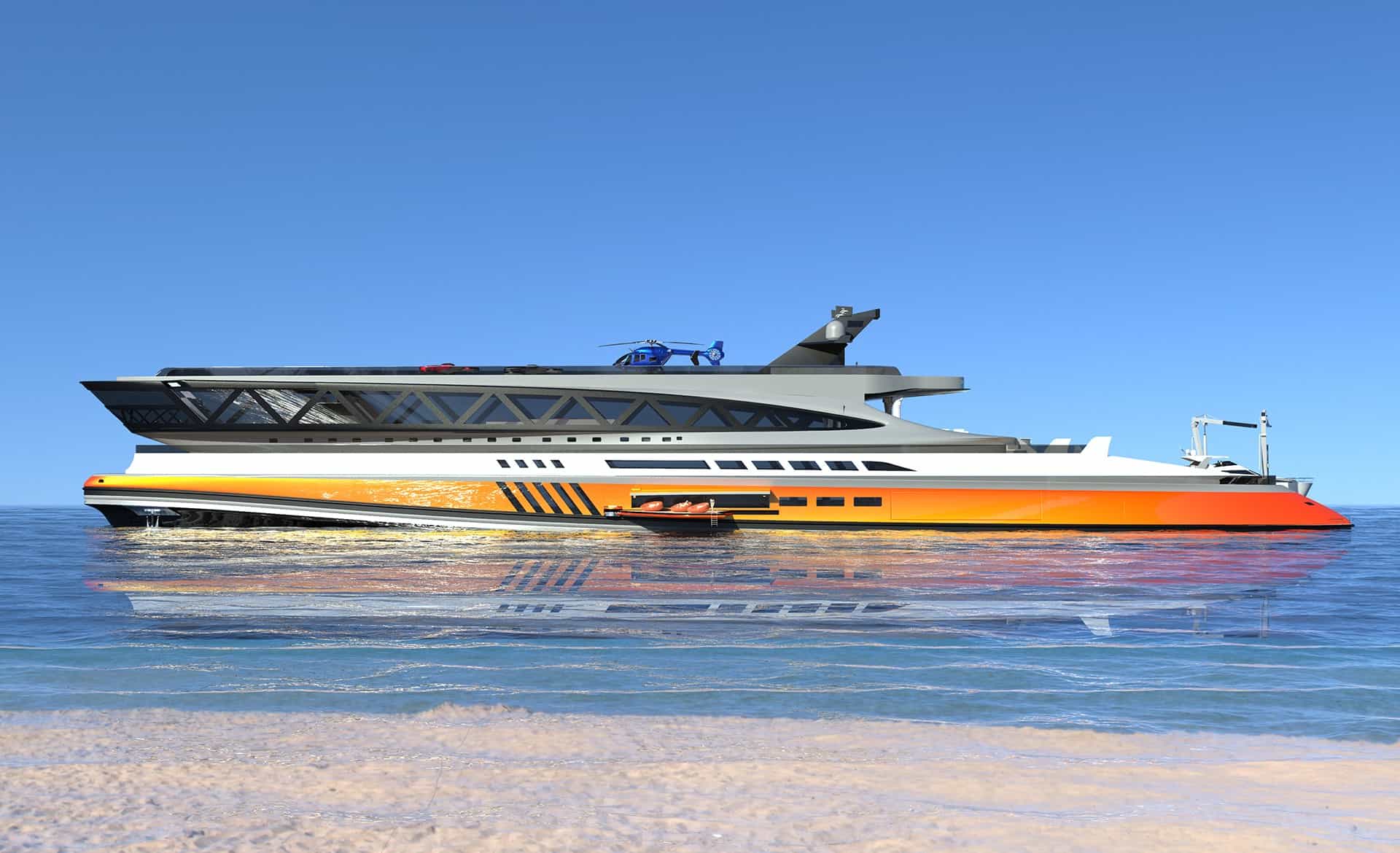 Looking futuristic and slightly dangerous, Prodigium has plenty of interesting details that will make anyone’s day. The brilliant design team from Lazzarini deserves all the credit and we’re sure that some billionaire out there will fall in love with this concept and decide to make it happen.

I would feel more than lucky to sail this thing around the globe, although some pleasurable company would also sound nice. Where would you go first? 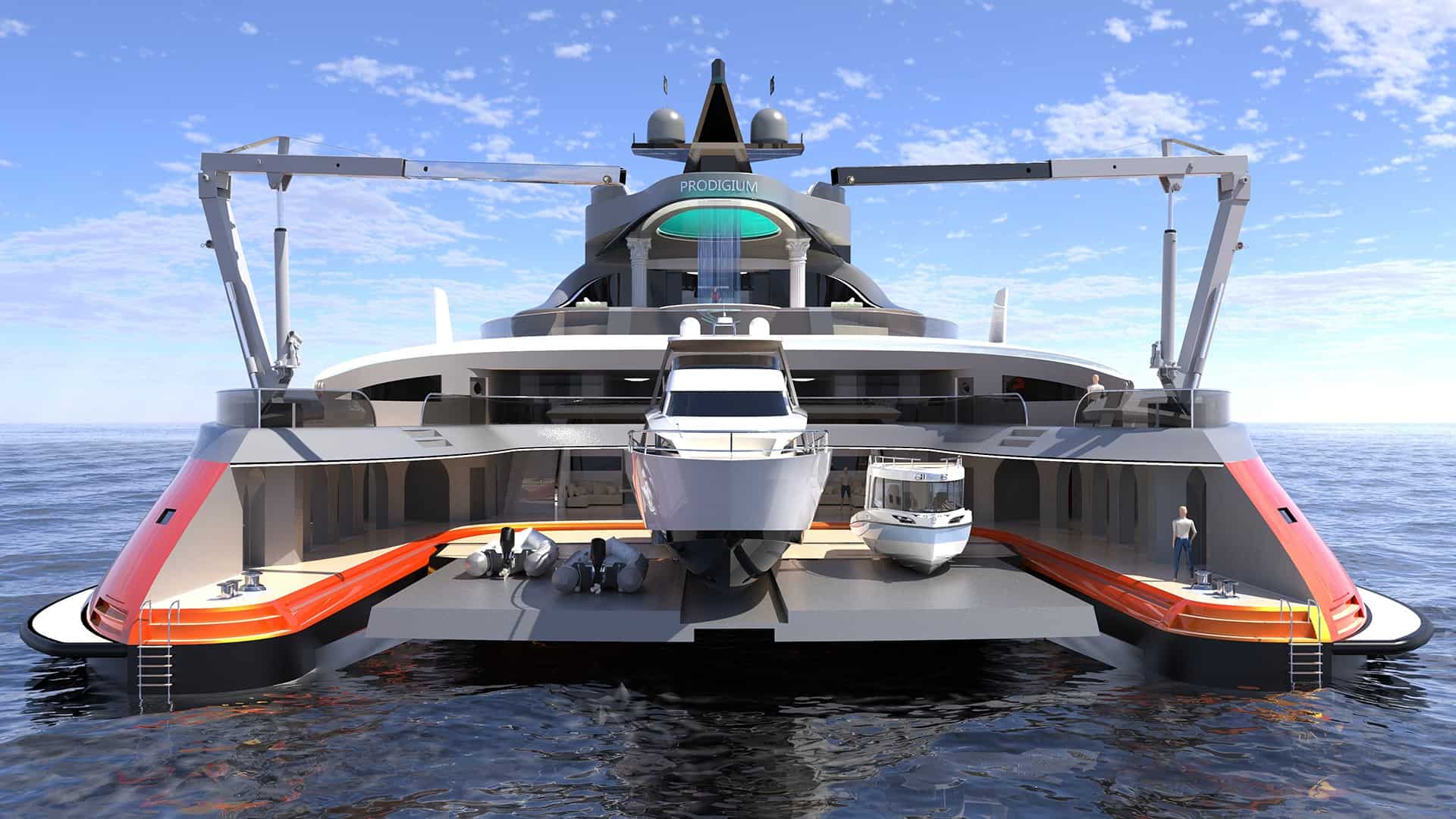 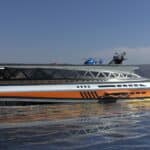 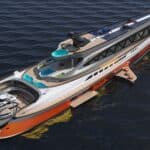 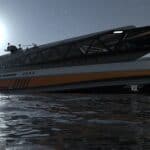 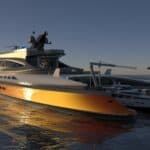 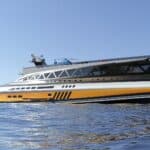 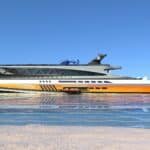 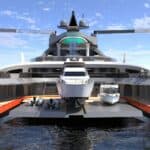 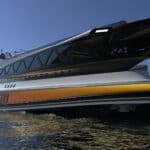 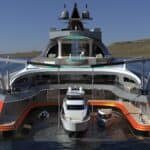 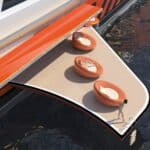 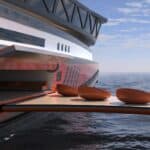 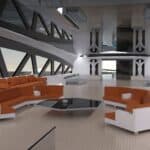 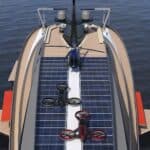 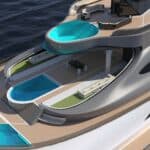 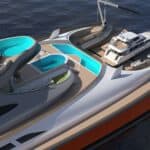 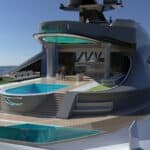 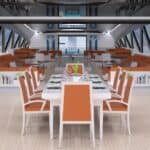 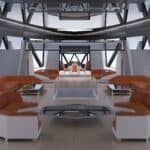 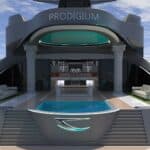 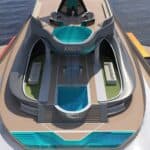 Tags:
Previous Article
The Pegasus Vertical Business Jet Will Land On A Dime
Next Article
Dear Santa, I want a Lamborghini Huracan STO!