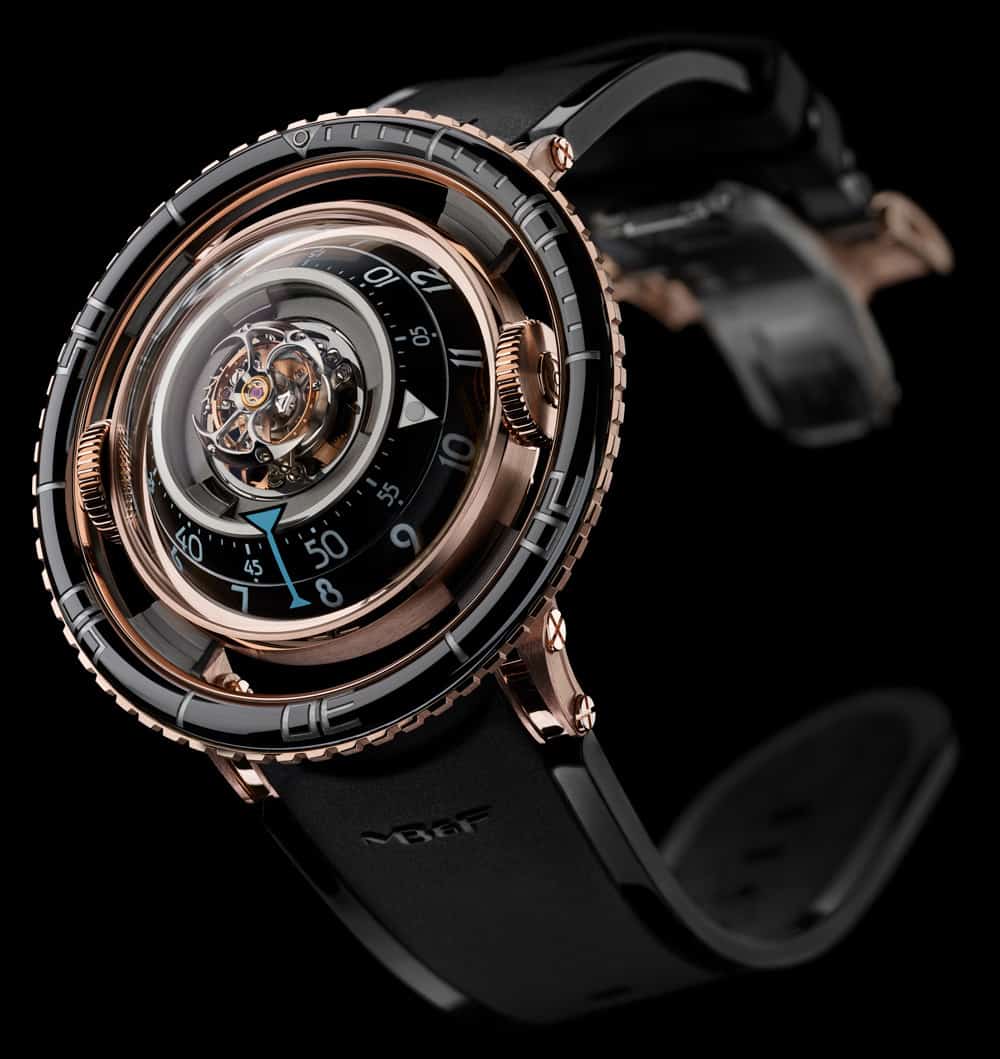 The renowned Swiss watchmaker MB&F has planned to impress everyone at SIHH 2017 with the new Horological Machine No. 7 Aquapod, a ridiculously cool diving watch that can only handle 50-meter deep waters, but it’s absolutely incredible from any angle you look at it. This exquisite timepiece is actually the first round-cased Horological Machine designed by the Swiss brand, with the odd fact being that the MB&F HM7 Aquapod has been released after the introduction of the HM8.

Showing off a 53.8 mm case consisting 95 parts,  this precious watch also benefits from a sapphire sandwich inner case where a spherical mechanical automatic movement makes everything come to life. One crown on the MB&F HM7 Aquapod is for winding the movement, and the other one is for setting the time, a perfect balance and a visual effect that will surely charm everyone. 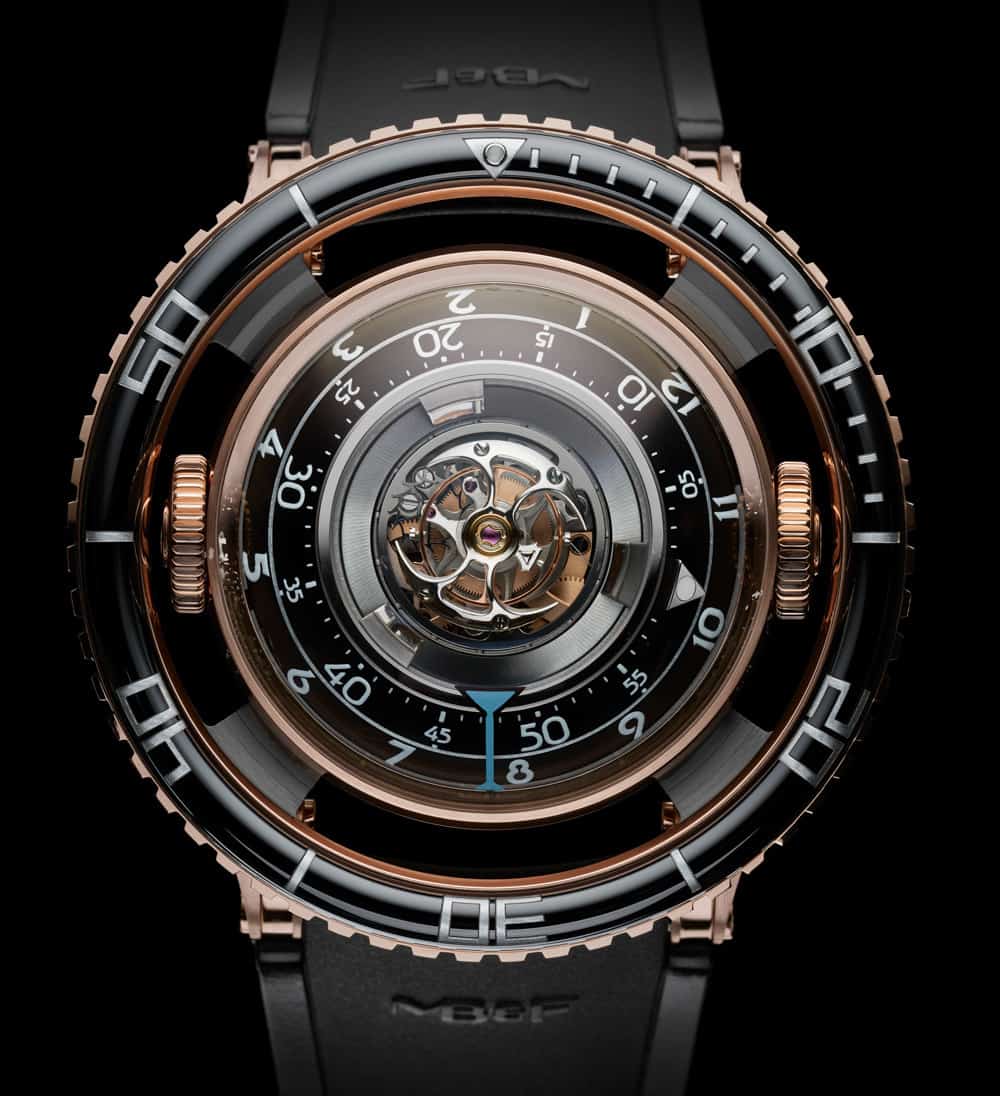 The MB&F HM7 Aquapod also benefits from a lot of luminant, making this watch a very noticeable piece in the dark. The movement inside of the MB&F HM7 Aquapod comprises 303 parts, operating at 2.5Hz (18,000bph) and bragging about a 72-hour power reserve. Inspired by jellyfish tentacles, the automatic rotor was produced from titanium, with the weight having been constructed out of platinum.

A black rubber-style strap, that’s actually an aircraft-grade Fluorocarbon FKM 70 Shore A elastomer, finishes everything off and keeps this watch attached to your wrist. The HM7 Aquapod will be available either in titanium or 18k rose gold, with 33 pieces in titanium priced at 98,000 Swiss francs, and 66 pieces in gold costing you exactly 118,000 Swiss francs. 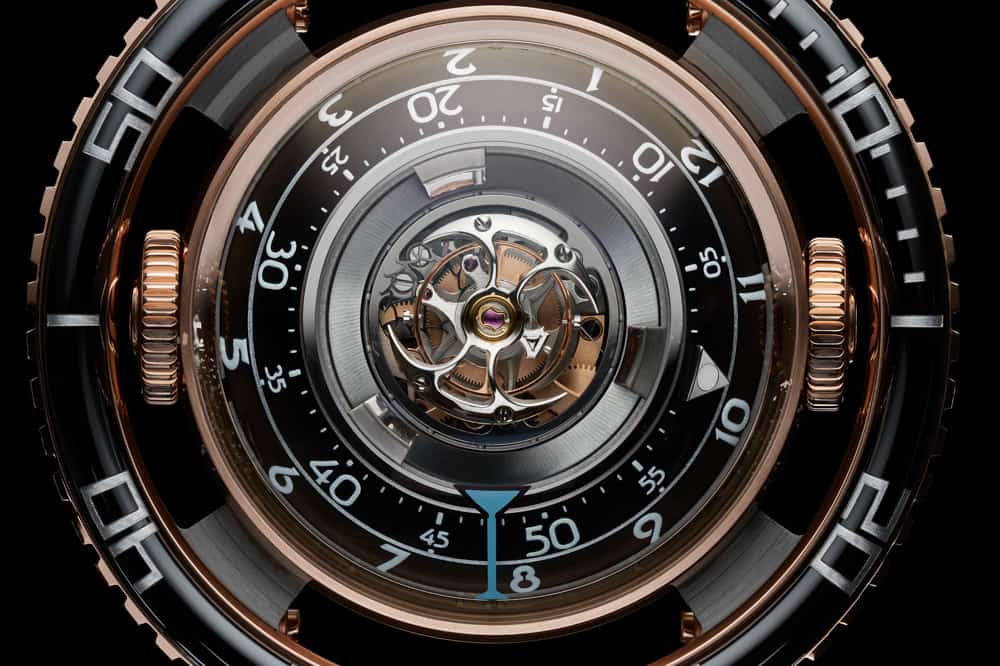 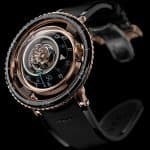 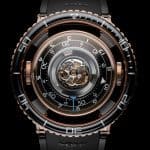 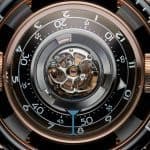 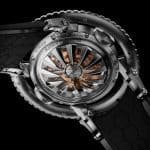 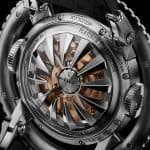 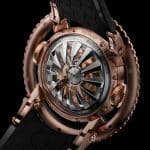 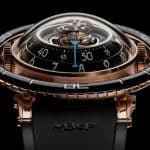 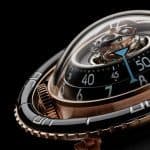 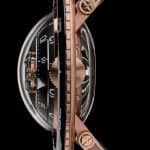 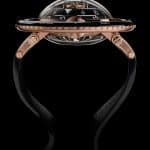 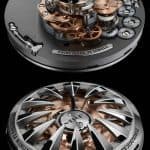 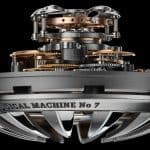 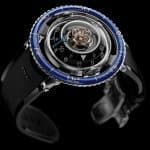 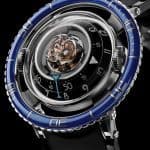 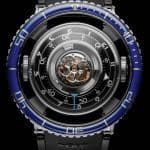 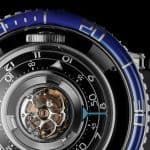 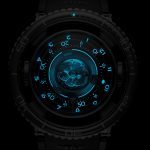 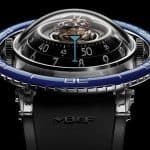 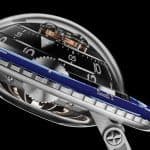 Tags:
Previous Article
For $14.5M Villa Pearl Could be Your Own Caribbean Paradise
Next Article
I-TRON and Attitude: Rossinavi’s new Incredible Yacht Concepts 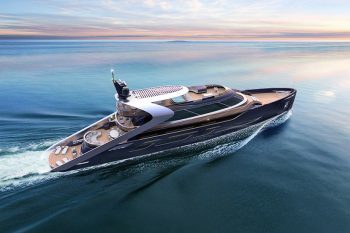