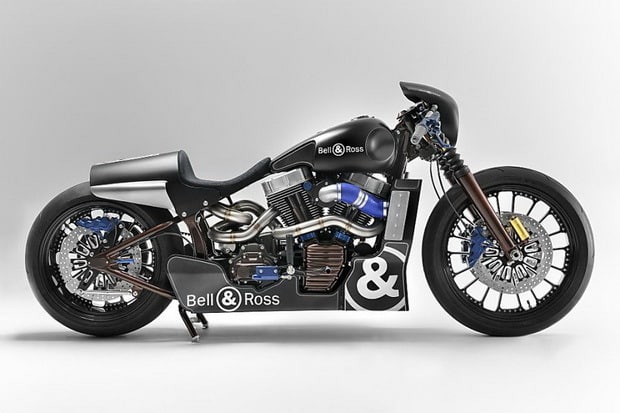 Harley Davidson has recently teamed up with Bell & Ross to create a one-off custom motorcycle: the Bell & Ross inspired Nascafe Racer for guys who love bikes as much as they love watches. Bell & Ross has designed a while ago a premium BR 01-92 Compass watch for motorcycle riders and now this bike celebrates the partnership between the two companies.

The Harley Davidson Nascafe Racer Bike is based on the FXSTB Softrail Nightrain and it features a custom paint job in a combination of anodised blue, carbon and stealth matte black just like the corresponding timepiece and the Bell & Ross watch mounted in a handcrafted center console using a machined section of aluminum.

This one-off bike inspired by the Bell & Ross Nascafe Racer watch was showcased at the London International Bike Show and will be also displayed at the upcoming motorcycle shows by Harley Davidson. 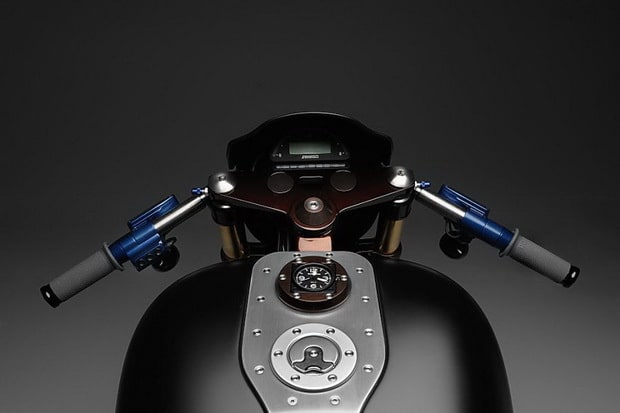