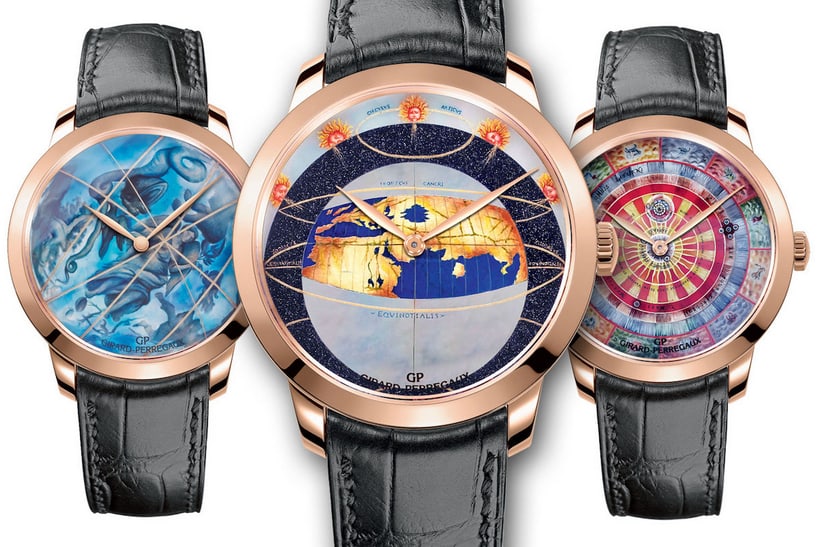 With the new Chamber of Wonders collection, Girard-Perregaux is now adding three wonderful watches to its amazing family, adorned with magnificent dials that celebrate our known universe. Unveiled at Baselworld 2016, these pieces honor famous scholars and their wonderful vision of the world.

Showing off 40 mm pink gold cases, every watch is powered by the excellent GP03300-0060 mechanical caliber, with automatic winding and a 46-hour power reserve. They’re all paired by a stitched black alligator strap, that’s secured with a pink gold pin buckle, but let’s take these timepieces one by one. 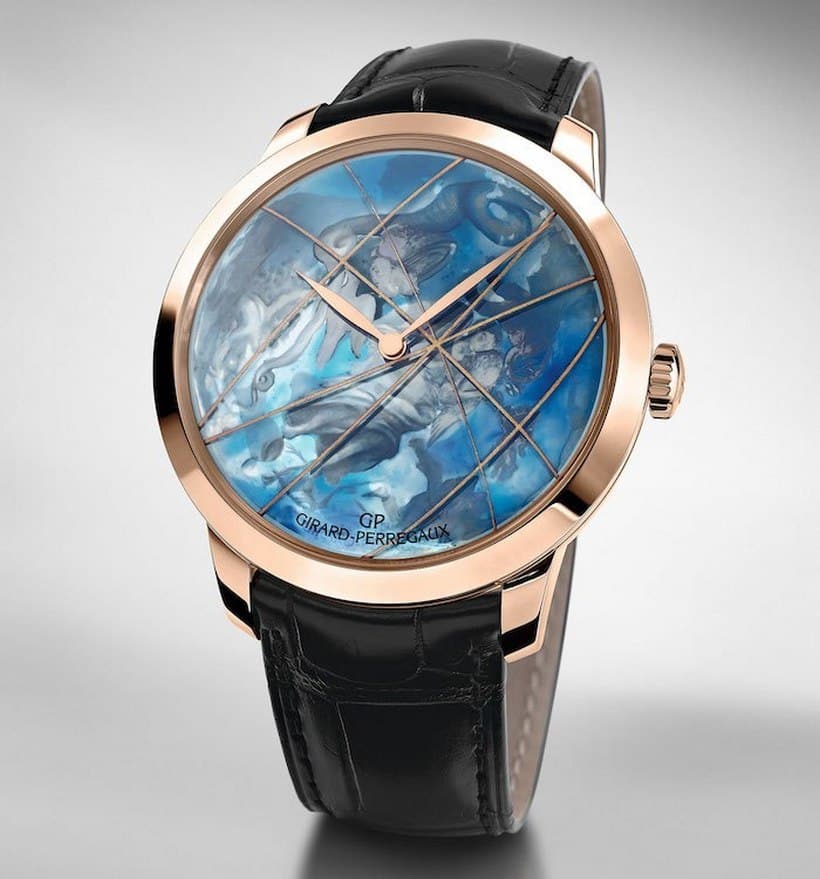 First, the watch before you is called Celestial Globe and it’s inspired by Vincenzo Maria Coronelli, the Franciscan monk, cosmographer, cartographer, publisher and encyclopedist, who constructed two giant globes in Paris to demonstrate his respect to Louis XIV.

The two globes, one terrestrial, one celestial, depict the sky as it was at the time of the monarch’s birth, including 1,880 celestial bodies that form 72 constellations painted and illuminated by Jean-Baptiste Corneille. The domed sapphire dial of the Celestial Globe timepiece is also painted by hand and its engraved grooves are filled with gold powder. 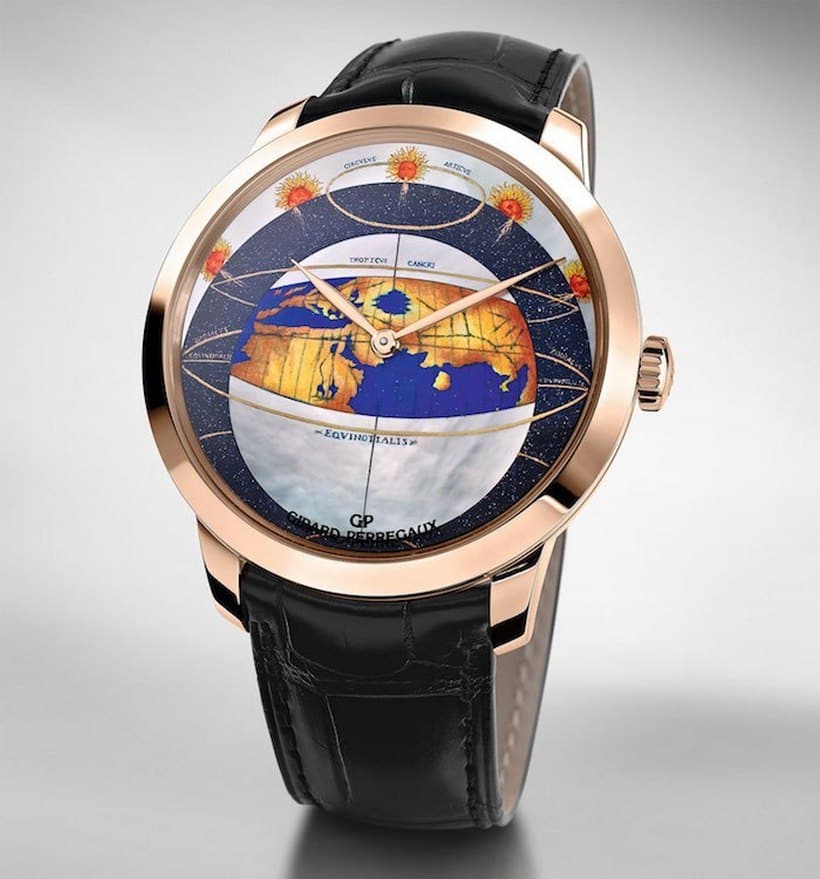 Next, the Center Of The Universe, Earth, was inspired by the work of Greco-Roman Ptolemy. The astronomer, mathematician, and geographer is known for his geocentric (Earth-centered) model of the universe.

Designed with the help of stone marquetry and decorated by skillful miniature painters, this particular watch features materials capable of representing different shades of blue, such as lapis lazuli or aventurine, or reflecting warm white tones, to simulate the natural shades of our planet. 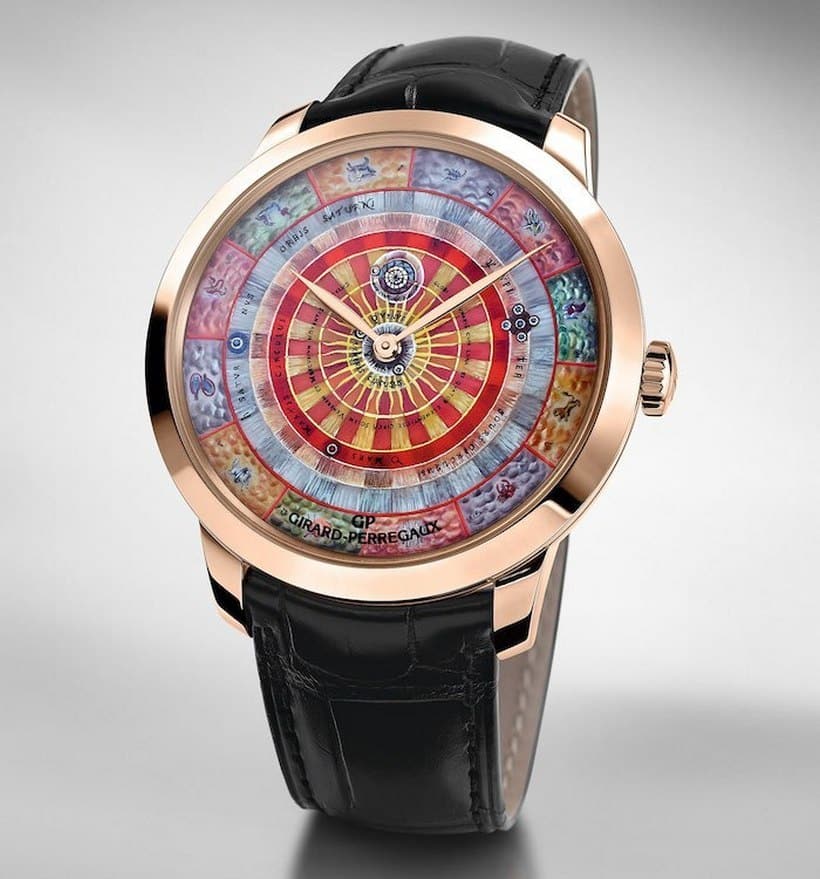 Last but not least, Center Of The Universe, Sun is honoring astronomer Nicolaus Copernicus’s vision, the one that made things clear and let everyone know that the Sun was actually the fixed point in the universe around which all celestial bodies revolve.

This gorgeous watch benefits from aventurine and gray jade, mixed with alternating shades of dark and pale orange jasper, to show off the 24-hour renaissance. 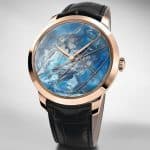 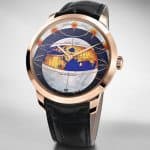 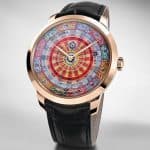 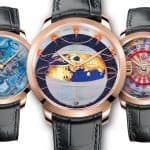 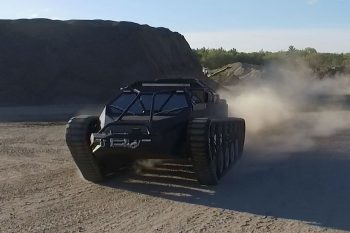 The Jaw Dropping Ripsaw EV2 Could be Your Very Own Tank