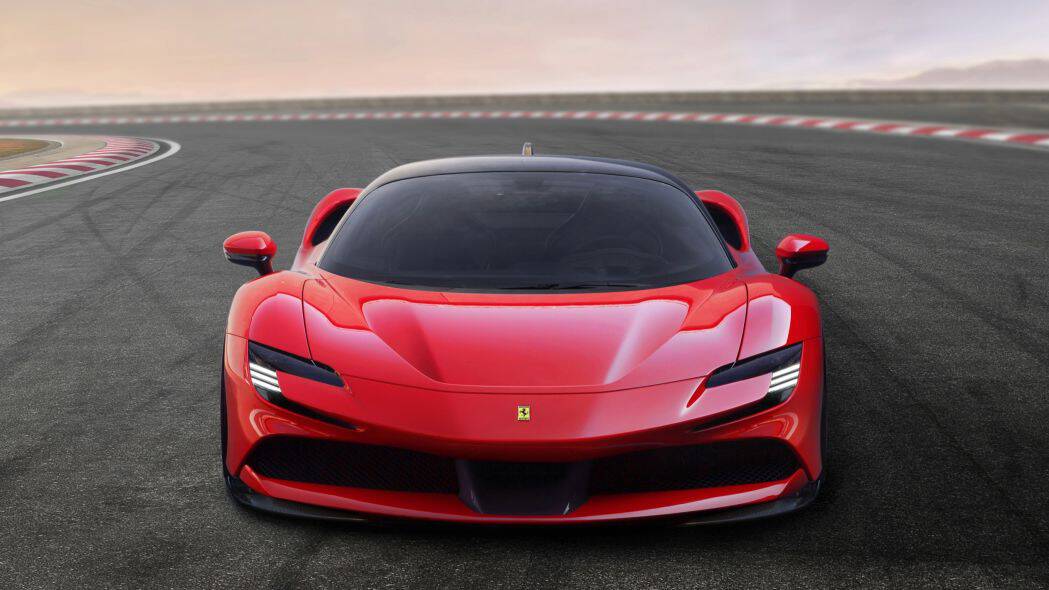 Ferrari has taken the world by storm with the brand new SF90 Stradale, a jaw dropping hypercar that’s able to unleash an astonishing 986 horsepower, making it the company’s most powerful production car ever! We’re talking about an incredible plug-in hybrid too, with all that power coming from a new turbocharged V8 assisted by three electric motors.

The V8 engine is the most powerful Ferrari ever made, making 769 hp and 590 pound-feet of torque on its own. On the other hand, the three electric motors – one in the back and two at the front – add 217 more hp to Ferrari’s new stud.

Another surprise is that the Ferrari SF90 Stradale is an all-wheel-drive car, with an 8 speed dual clutch transmission, faster in shifting than the one on the 488 Pista and lighter than the actual 7 speed dual clutch transmission Ferrari has. And that because the new SF90 Stradale doesn’t have a reverse gear, which is all handled by the front electric motors. 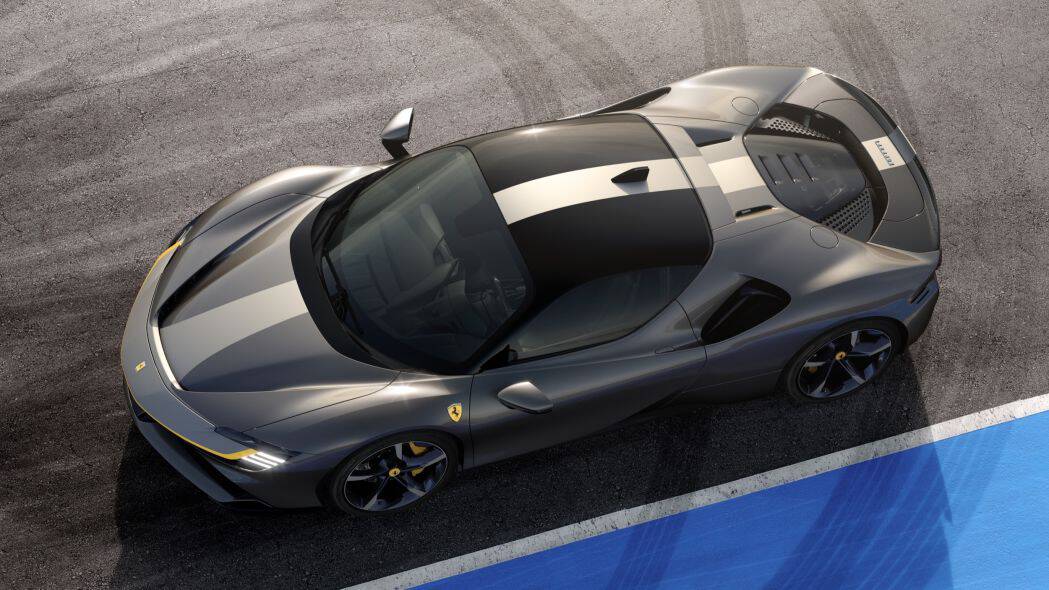 With a weight of 3,461 pounds and 860 pounds of downforce at 155 mph, the Ferrari SF90 Stradale hits the 62 mph mark in just 2.5 seconds. And since you might be wondering what’s with the electric motors, well… this isn’t about fuel economy or green energy.

Fully electric, the new Ferrari has a range of 15.5 miles, which is… not much. The main job of the electric motors is torque vectoring, providing extra traction on launch and filling in any throttle lag from the gas engine.

The car’s interior is, as you might expect, full of tech. There’s a large 16 inch display for the instrument cluster, touch pads on the steering wheel, and a head-up display – the first ever in a Ferrari. Some drivers will also become nostalgic after finding out there’s no traditional manual transmission selector between the seats. Shifting gears is made through the paddles on the steering wheel.

The first Ferrari SF90 Stradale will be delivered somewhere in the first part of 2020. 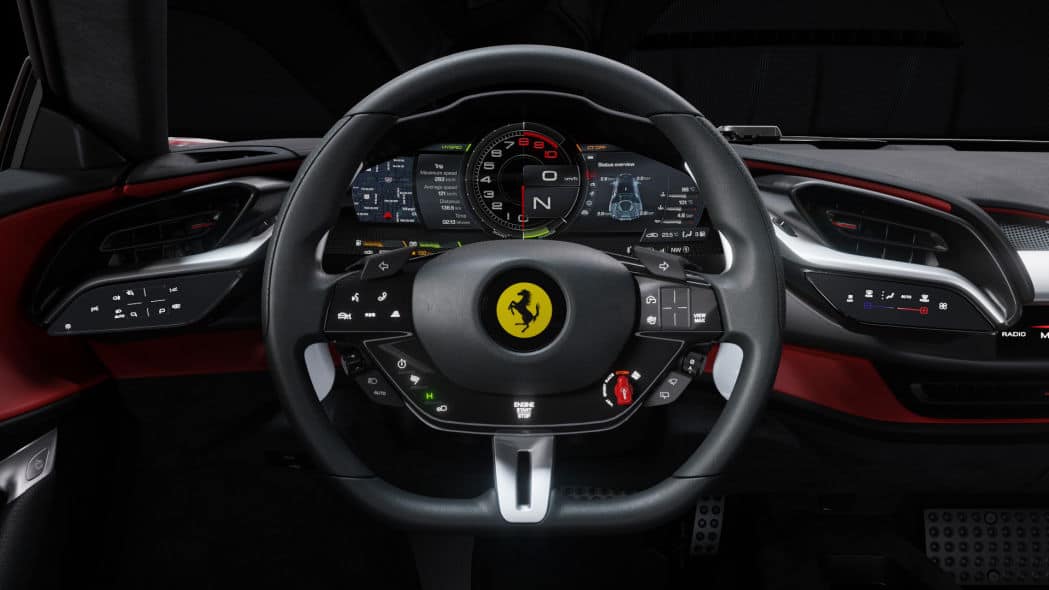 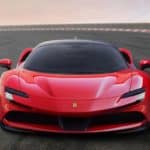 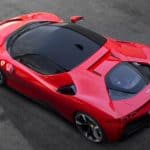 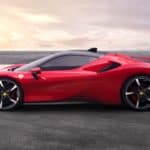 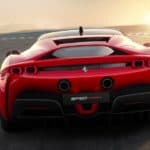 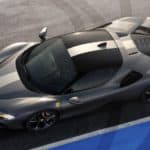 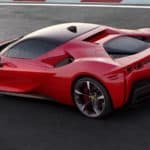 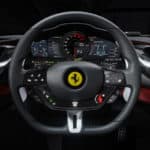 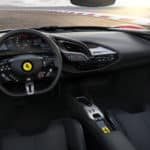 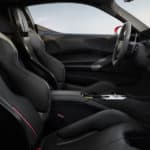