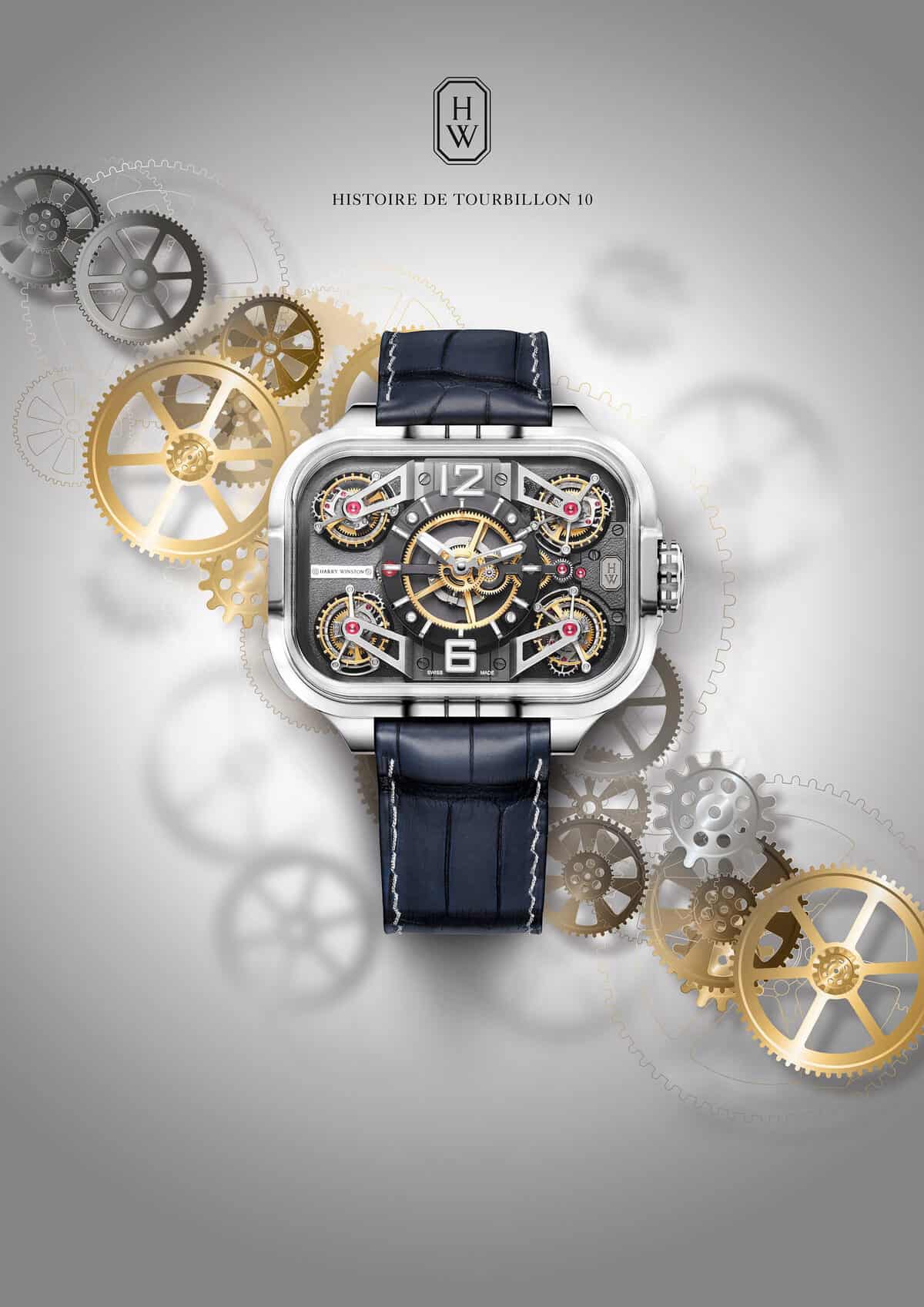 Harry Winston has unveiled yet another extraordinary watch these days, but one so special that it uses four distinct tourbillons arranged in a perfectly symmetrical order, with four independent adjacent rotating cores. The new Harry Winston Histoire de Tourbillon 10 is a celebration for the 10th anniversary of the Harry Winston collection and marks a new achievement in the world of fine watchmaking.

The brand’s legendary collection comes with two watches this year, each of them limited to 10 pieces, and a special edition Winstonium model with only one piece available.

The Histoire de Tourbillon 10 comes in a large rectangular case of 53.3 mm wide and 39.1 mm tall, with its four tourbillons having no less than 673 components. Each of the four tourbillons are displayed in the corners of the watch in a glass box supported by two transverse bridges. The tourbillons appear as some very impressive sculptural 3D wings. 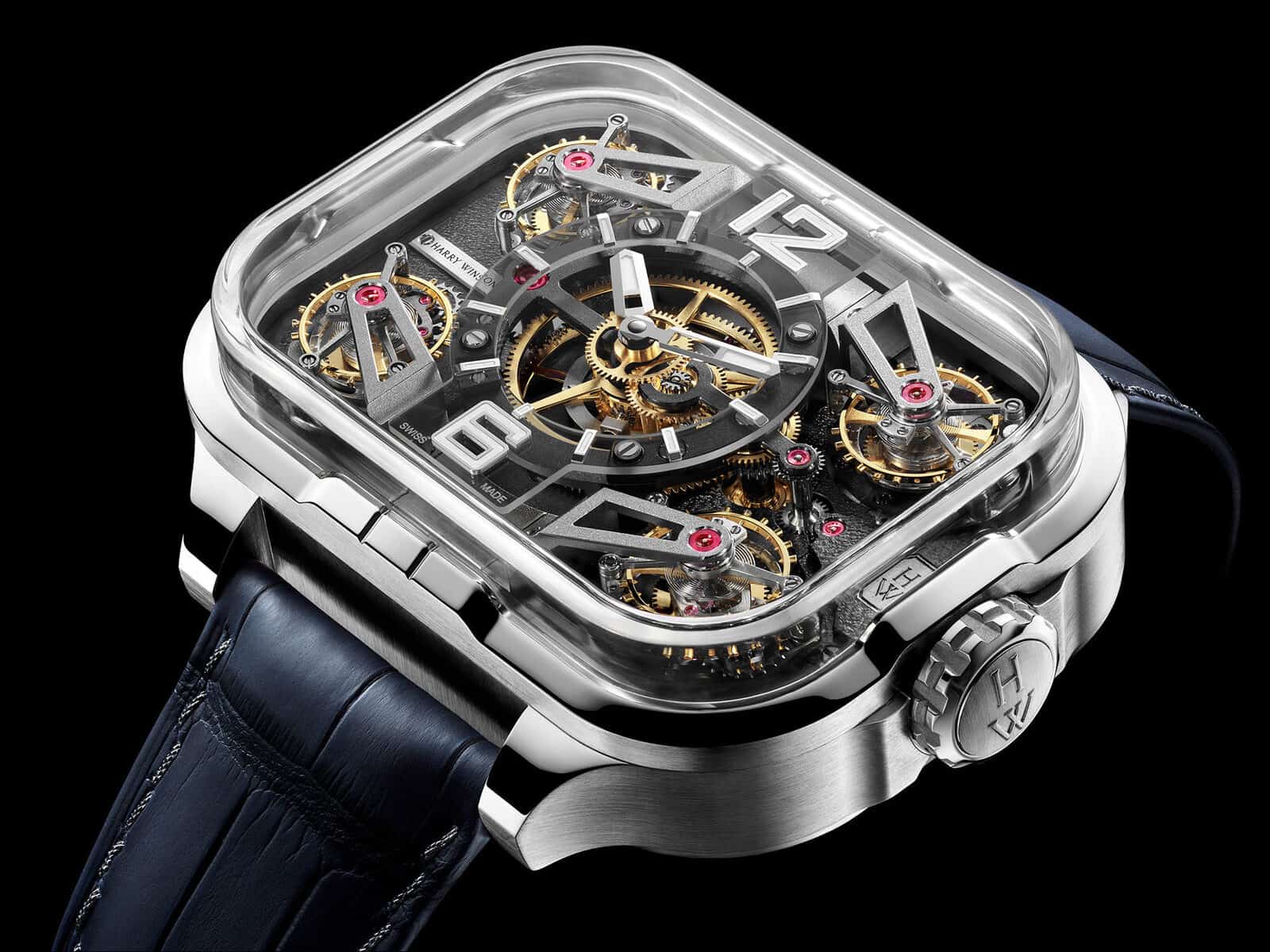 The watch operates in a different way from other ones through the fact that the tourbillons don’t mark the same time, for which three differentials are used, one for the two tourbillons on the left, another for those on the right and a third for averaging the first two and transmitting the information to the watch’s hands. The reason behind is greater time telling precision.

The dial of the Histoire de Tourbillon 10 comes as a single component sapphire piece, with a central part as the host of the 12 hour markers and two rectangular extensions upwards and downwards for the numbers 6 and 12.

As we’ve said earlier, this spectacular watch comes in three flavors. The unique piece, called Winstonium, is made from rhodium-plated platinum, there’s also a white gold model and a rose gold model with inverted colors and different straps to make sure they fit your style. 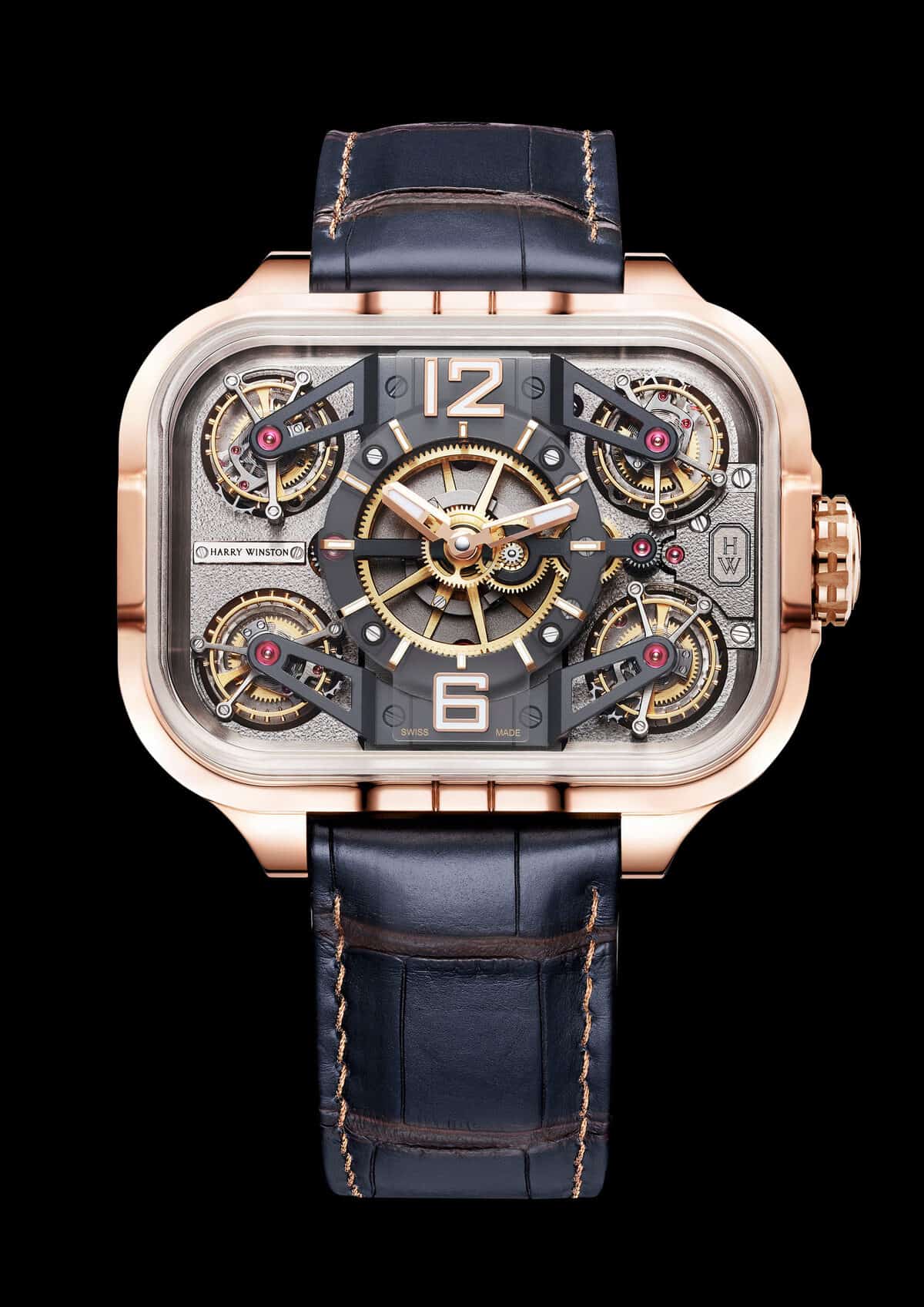 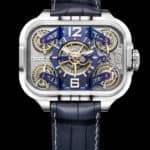 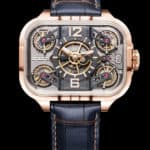 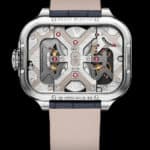 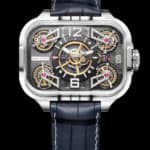 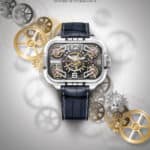 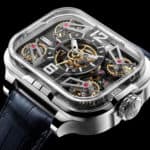 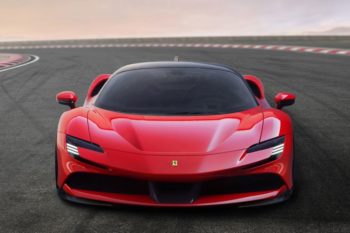