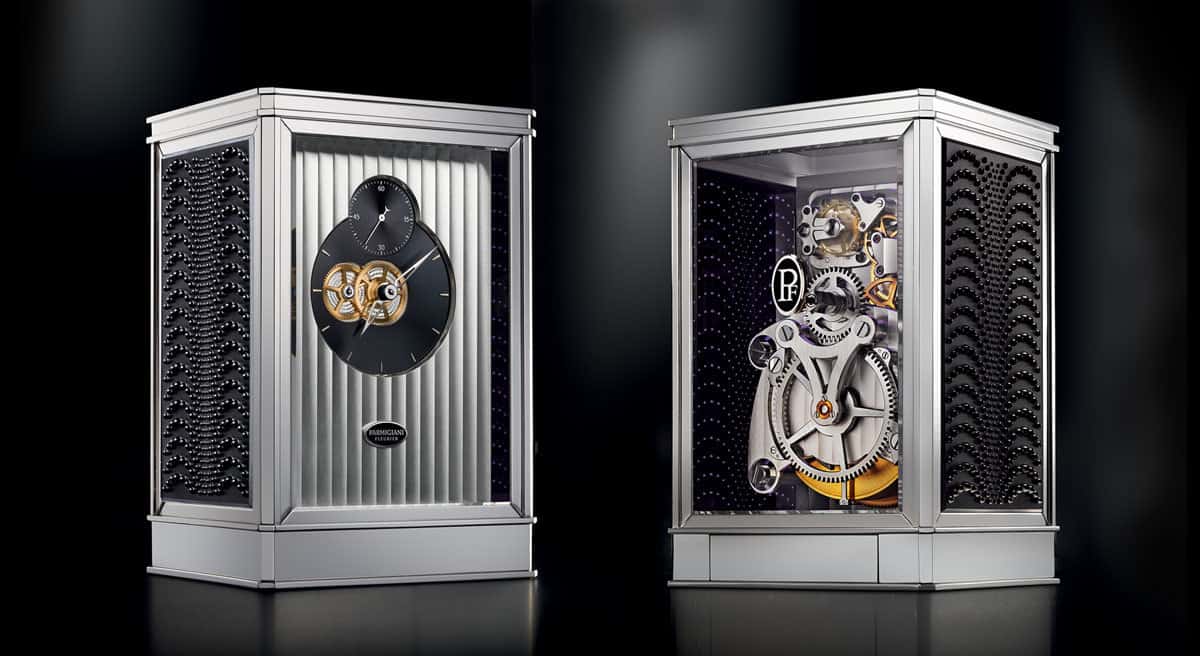 A gorgeous timepiece has seen the light of day during the past times, a new version of the Clock 15 Days encased in stunningly fine crystal. As you’ve probably guessed, the two brands responsible for this immensely beautiful achievement are Parmigiani Fleurier and Lalique.

One thing is clearer than everything else – this clock has taken a lot of time, painstaking developing and intricate manufacture, no wonder it bears such names. Unlike their cousins, the wristwatches, these clocks encompass much larger parts, and this brought Parmigiani with the need to accommodate to larger scales.

For the French master glassmaker Lalique, though, the story was on a totally different scale. They’ve had to work with way smaller and thinner surfaces, much thinner in fact than the threshold generally tolerated by crystal manufacture. The surface of the clock boasts five panels and the crystal their made of has been adorned with the typical Lalique motif, the fountain of Coutard. The design of the panels resembles a water droplet spray, putting together two apparently different principles – Art Deco, through their rounded shape, and Art Nouveau, due to their closely-knit arrangement. Furthermore, as the flat surfaces of the glass panels are satin finished, the ends of each of the droplets were designed to deliver staggering glitter.

As for the absolutely superb Coutard fountain, it symbolises rebirth and life, renewal as well as the joy to be alive. It was superbly combined with this ageless table clock so that it reminds of the possibility of bringing old designs and classics back to life. In addition to looking great and being a genuine classic, much workmanship was invested into the Clock 15 Day. It encompasses the Maltese cross stopwork for the power reserve indicator on the outside, which is both quiet weird and nice. This part is in fact extremely important to many timepieces, as it counts the rotations of the barrel and drives its winding.

The limited edition Clock 15 Days is a limited edition and will reportedly be available in three different crystal colors – deep blue, red or elegant white. Just 15 of each color will be manufactured, 5 units per year until 2015, when the production officially ends. 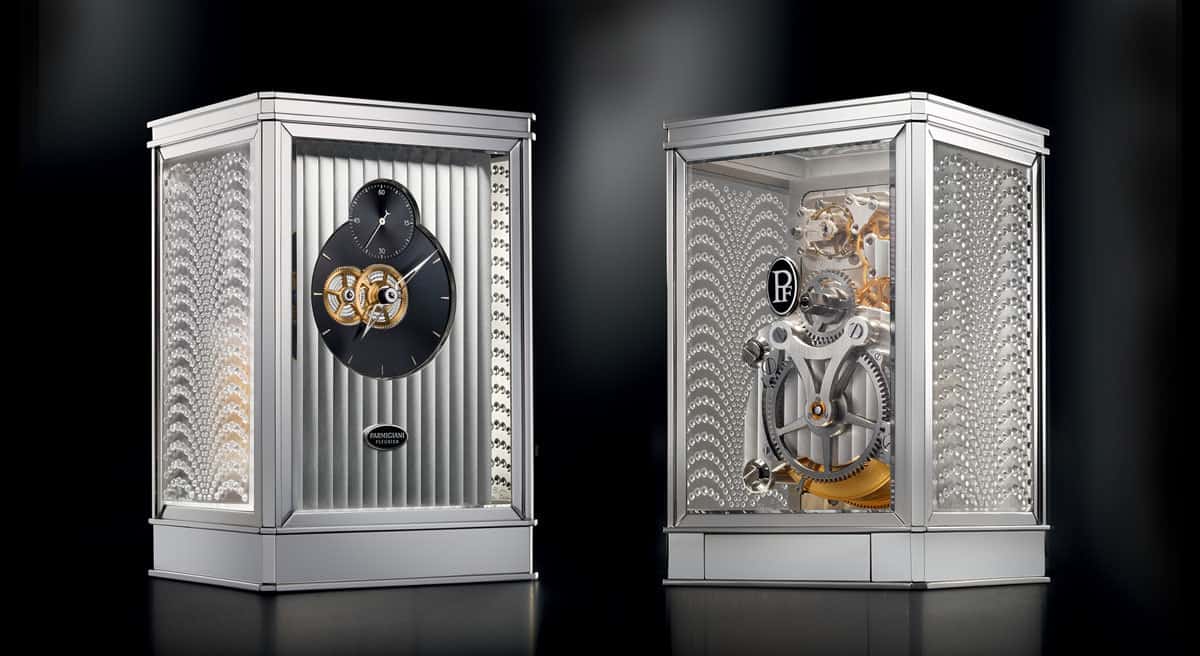 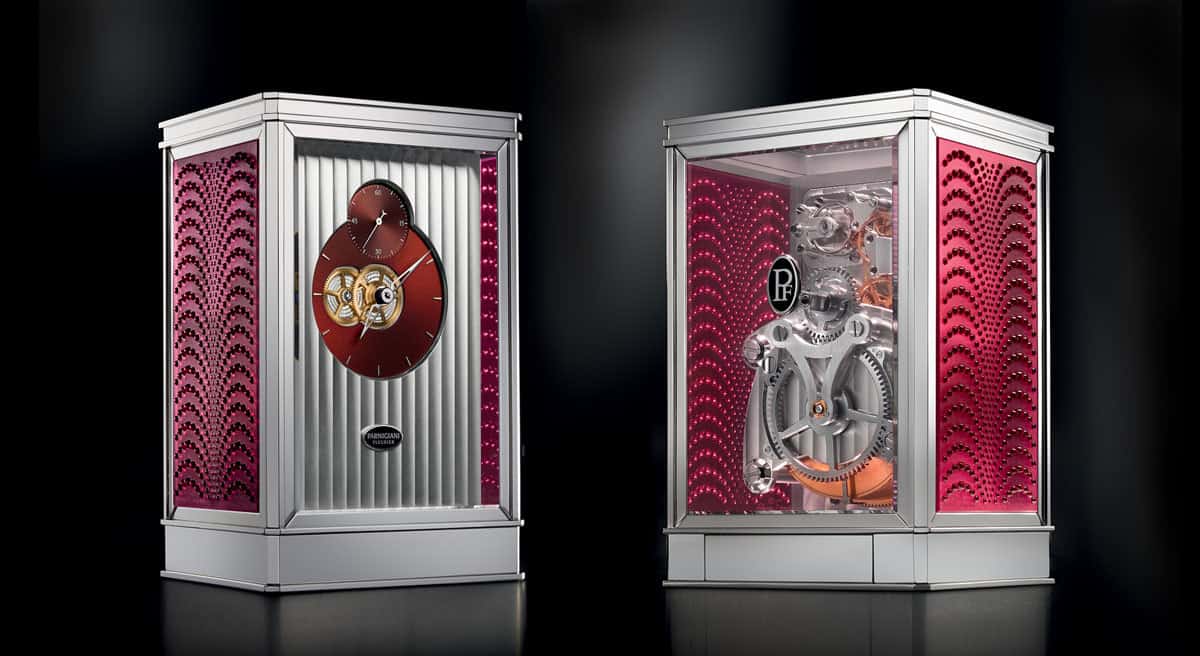