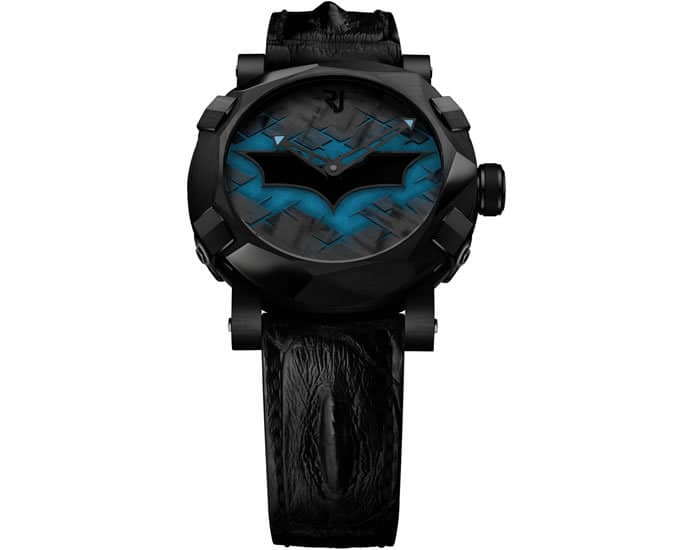 This year, one of the most beloved comic book superheroes ever created, Batman, celebrated his 75th birthday. To mark the occasion, DC Comics teamed up with Swiss watchmaker Romain Jerome to create an awesome limited edition timepiece dedicated to the Caped Crusader called the Batman-DNA.

The watch is quite dark and rugged, a theme which fits the character perfectly. The black bezel, housed in a 46 mm black PVD-coated steel case, has been machine-worked to showcase the bold facets, which are somewhat reminiscent of the Batmobile’s silhouette. The dial of the Batman-DNA prominent features the superhero’s legendary logo and looks simple, yet quite striking. Also, the entire timepiece, which comes with a black hornback crocodile strap, has been given a rough finish, which is fully in tune with the Dark Knight’s troubled, sullen personality.

The Batman-DNA watch by Romain Jerome will be released as a limited edition of just 75 units, each priced at $18,500. 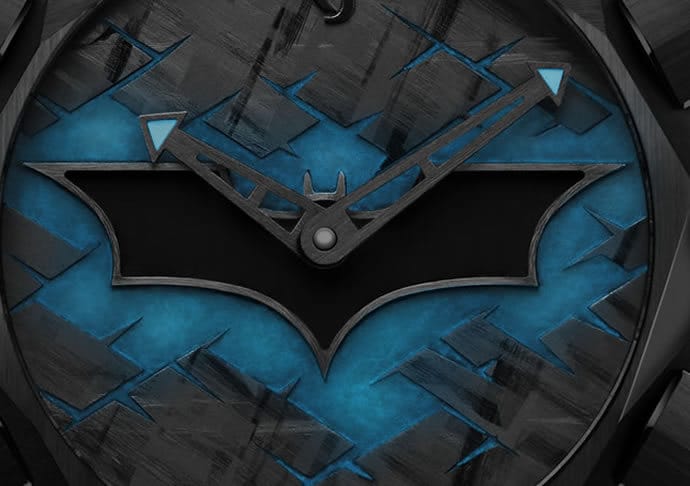 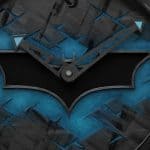 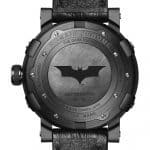 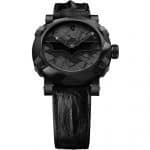 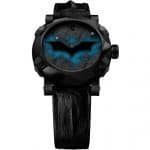 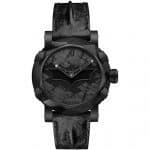 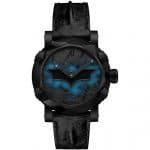