When most people think about a sports car, they automatically make the assumption that you need huge loads of money to actually buy one, but they couldn’t be farther from the truth. Sports cars don’t necessarily mean Bugattis, Ferraris and Lamborghinis. Most automakers will happily sell you very good sports cars for just a fraction of the price of a Bugatti.

After all, they only need to have a nice sporty shape, good handling and above medium performances to make sure they always deliver some fun thrills no matter when or what road you’re diving it on.

If that’s also your idea of a good sports car, keep on reading to find out which are our picks for 10 cool cars you could buy for less than $50,000: 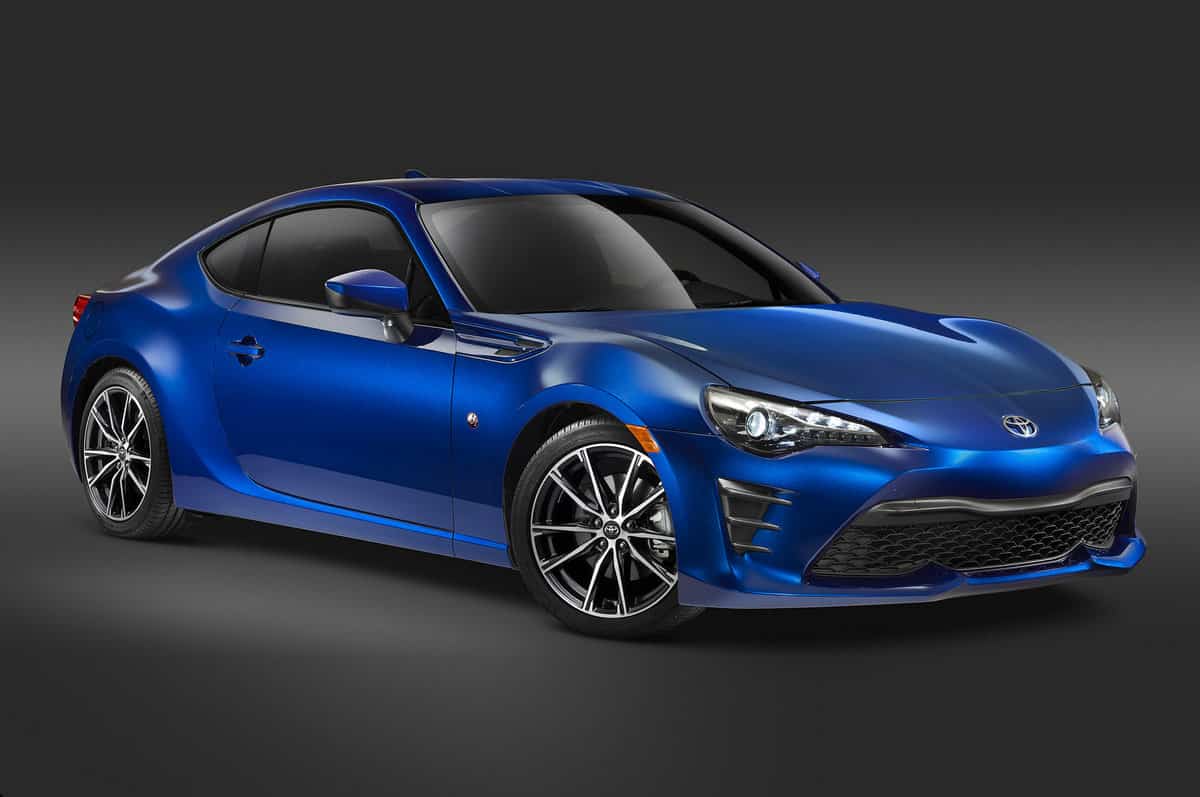 The Toyota 86 has a 2 liter flat four engine, six speed manual transmission with the option of a six speed automatic one as well, limited-slip rear differential. The styling may not be the greatest, but it’s a good looking car nonetheless. The interior has a basic functional layout.

For the trained eye, the Toyota 86 might look very familiar, and that’s because it’s almost identical to the Subaru BRZ, because they were co developed by Subaru and Toyota. 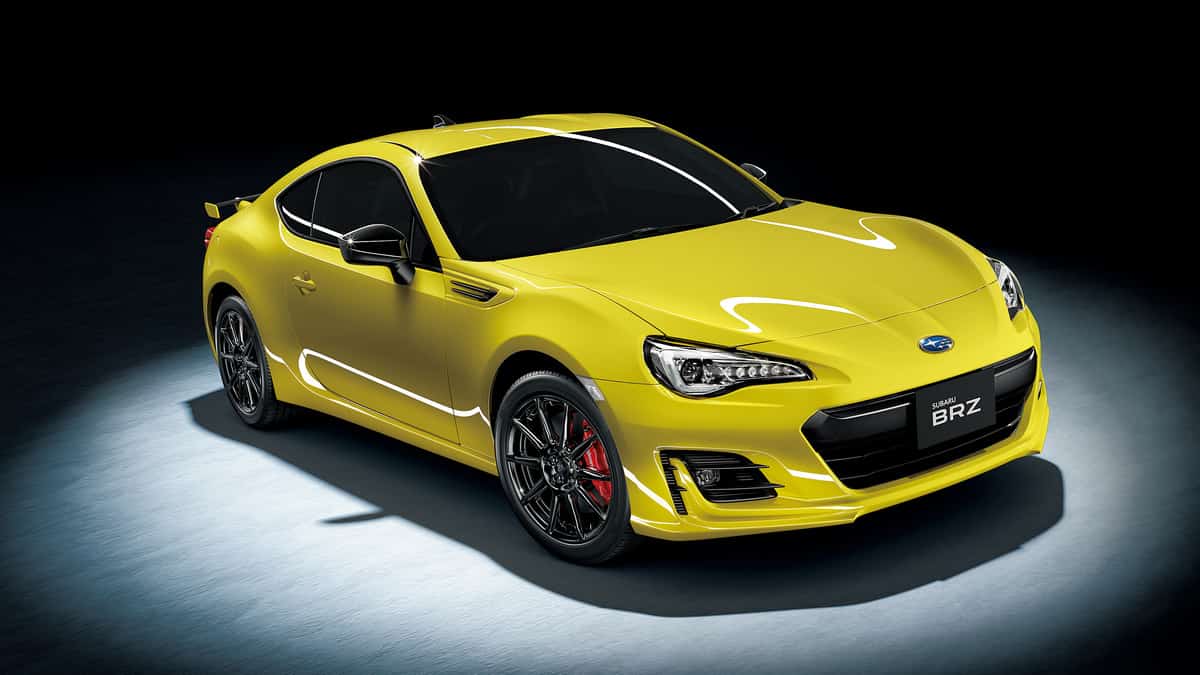 The twin brother of the Toyota 86, the Subaru BRZ is a lightweight, four cylinder, rear drive coupe with good neutral handling and impressive capabilities. It’s a perfect car for beginner drivers, letting them understand the difference between understeering and oversteering.

The chassis of this car is a playful one, making for nice driving even without huge speed around the corners. What’s more, it comes in four seats, even if the rear seats are kind of small, but it adds some more space. 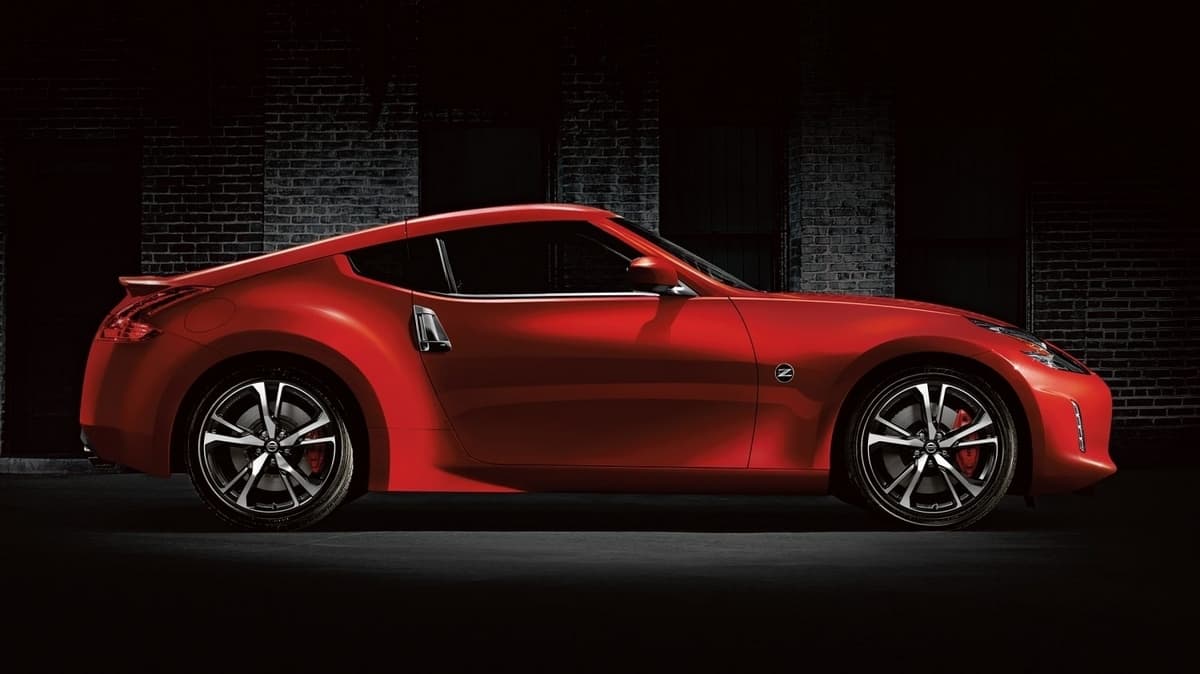 The Nissan 370Z has been around for quite a while now, but it’s still a very good and competitive sports car, and for less than $50,000, it’s still sought for by many people who know what they’re looking for. It’s equipped with a 332 hp V6 engine and a six speed manual transmission.

The chassis has an aggressive look, and the two seat cabin makes it fit for those who look for a little bit of adrenaline, good performances and a long sinuous road ahead. 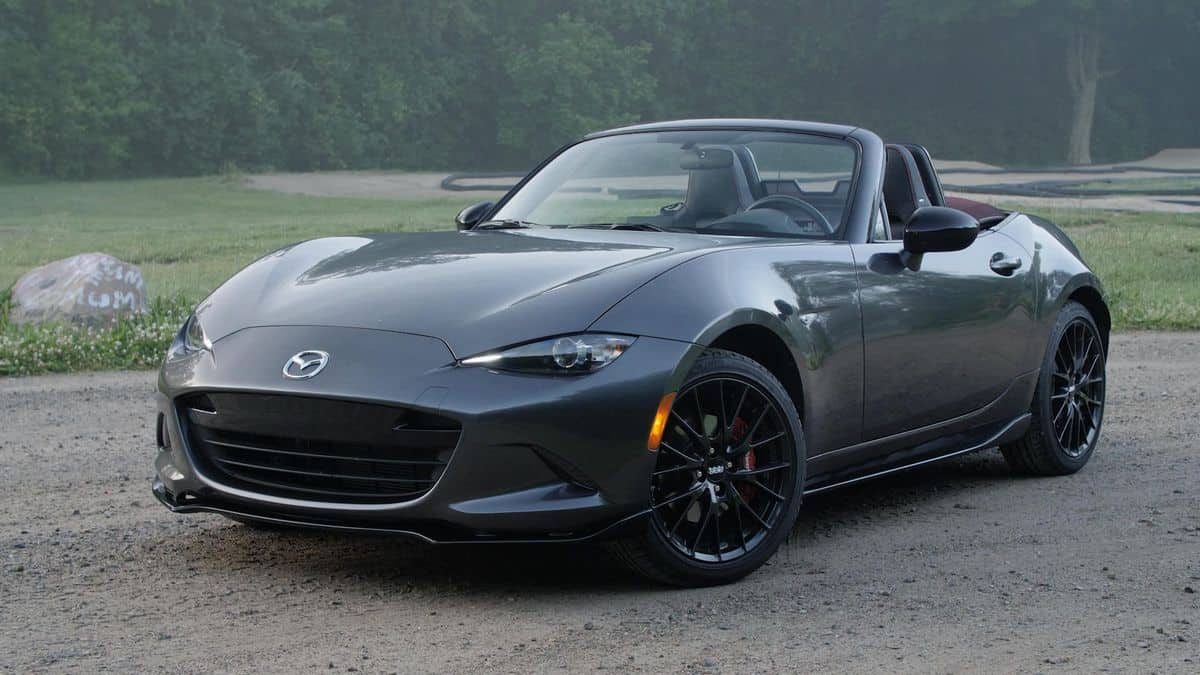 The Mazda MX-5 Miata is a very good value for the price of less than $27,000. The MX-5 Miata is one that many look up at as the standard sports car – a two seater with rear wheel drive, ultra light curb weight, retractable roof and superb performances.

If you put your eyes on one, don’t miss the opportunity. Get it. It embodies the idea of what a classic sports car should be like. 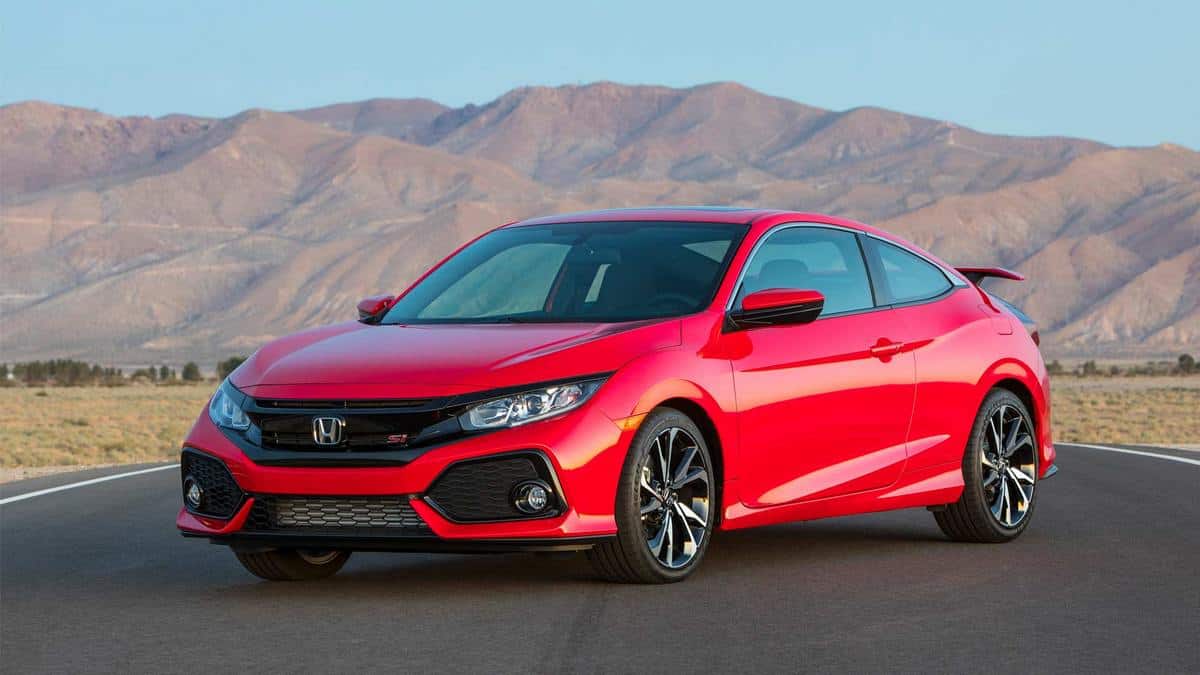 The Honda Civic Si Coupe, available starting at $25,220, shouts loud and clear that it’s a real sports car. It comes with a turbo charged engine, sharp six speed manual transmission and a limited slip front differential. The chassis looks great, and sends you thinking about a lot of fun on the road.

On the comfort side of things, the Honda features a sunroof, an automatic climate control, heated front seats, touch screen and audio system with Apple CarPlay. Who wouldn’t want one? 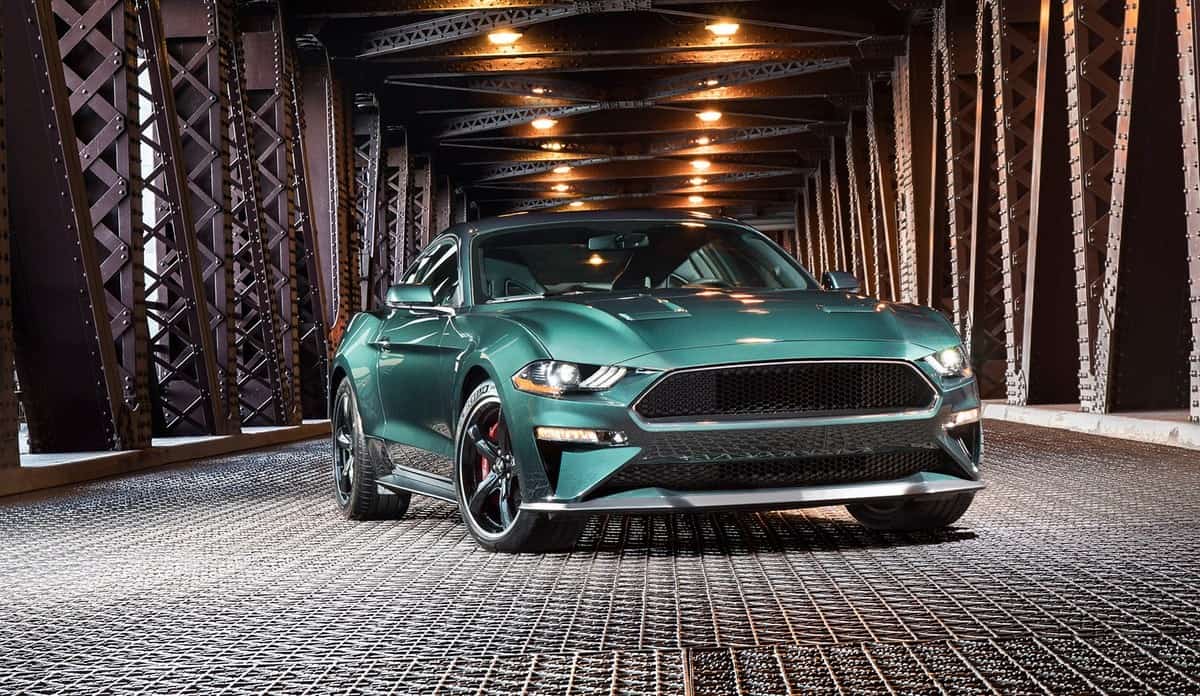 The Ford Mustang is the classic American muscle car, one which has evolved into a very good car with sharp handling and plenty of high performance options. The standard turbo charged four cylinder engine can be replaced by the optional V8, on top of which you could add a Performance package for even more fun on the road.

The car looks gorgeous, steers crisply and can handle almost any road in a very fun way. The coupe comes with a fastback roof line and the recognizable Coke bottle profile. And for the base price of $27,490, it’s a very good deal. 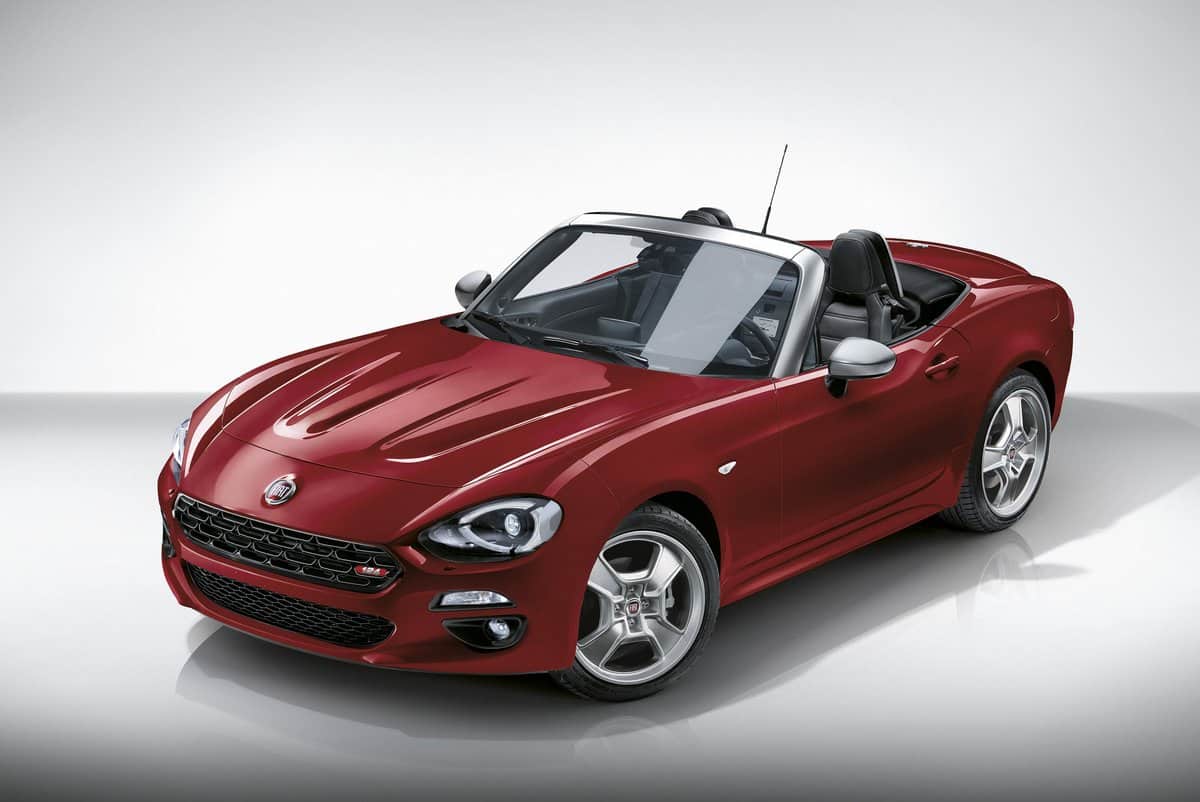 Fiat might not ring many people’s bells when it comes to sports cars, but with a little help from Mazda, the company managed to resurrect their 124 Spider three years ago. The new Fiat roadster takes a modern approach to the classic Italian sports car.

It has a box like styling and a turbo charged Fiat engine with plenty of torque. Optionally, there’s the 124 Spider Abarth model which brings extra handling upgrades and a free flow exhaust system that simply sounds great and outputs slightly more power. 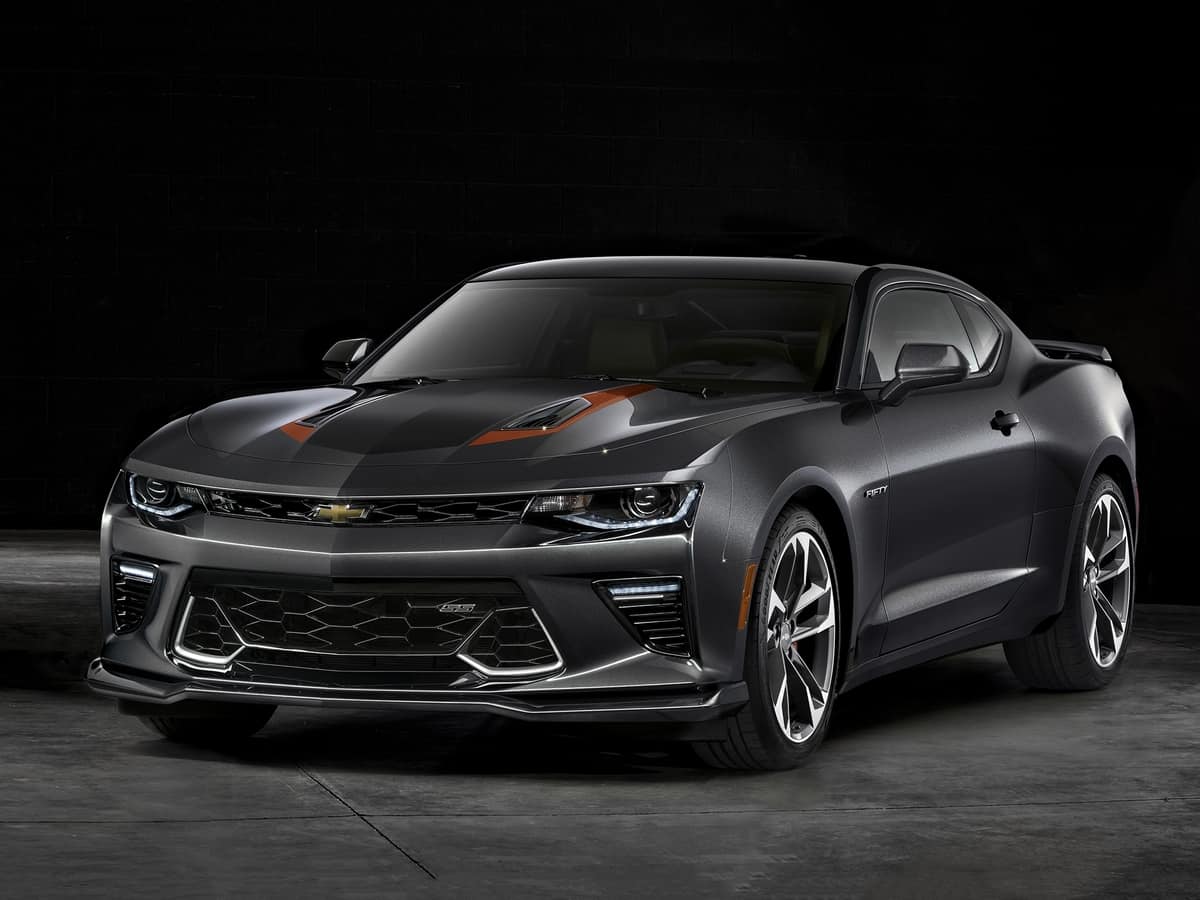 Similar to its rival, the Ford Mustang, the Chevrolet Camaro has battled to get out of the sports car category and keep its muscle car capabilities. Smaller and lighter than the predecessors, the Camaro delivers a great driving experience.

As for what’s under the hood, drivers can opt for one of the three engines, a turbo charged four cylinder, a V6 or a V8, and can also crank up their Camaro’s handling a little bit more with the 1LE performance package. 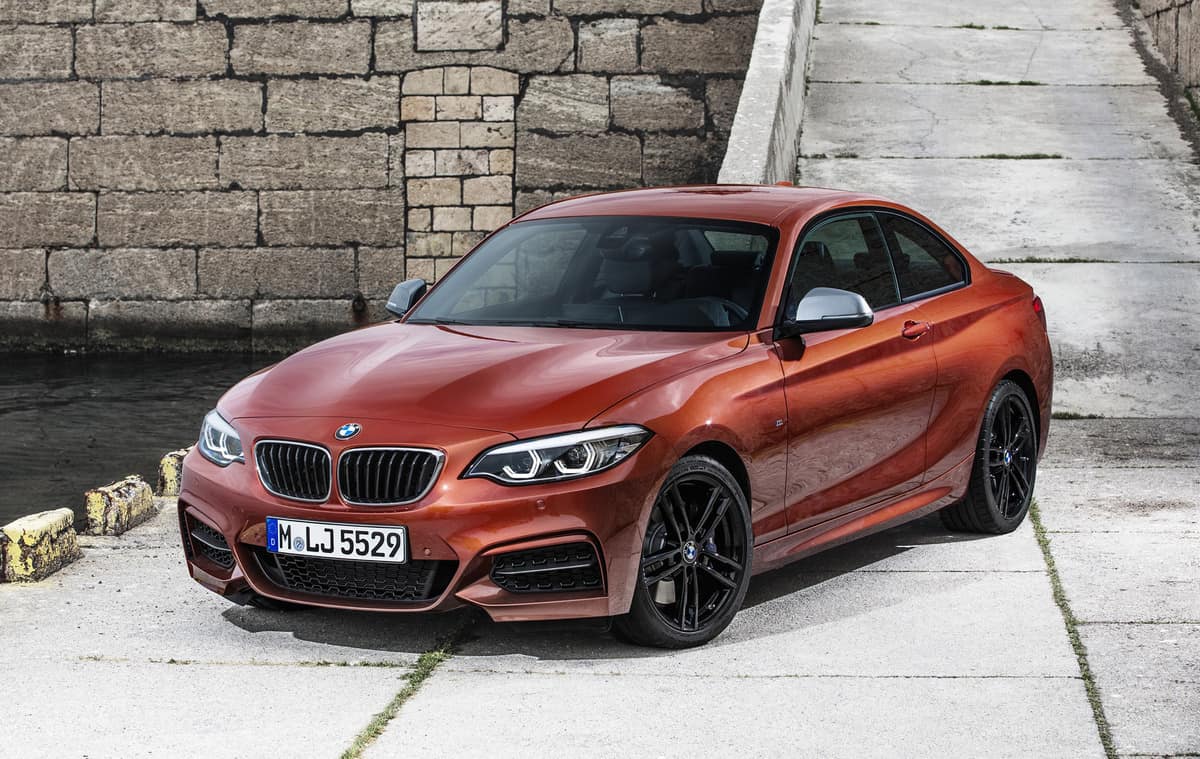 This list wouldn’t have been complete without a BMW on it, the 2 series. The name actually covers several models, but all of them are two door, small and agile cars. Among them there’s the four cylinder 230i, the six cylinder M240i, and the xDrive all wheel drive versions of both.

The 2 series BMW models are probably the ones that managed to be the closest to what BMW really conveys: agile handling and gorgeous powerful engines. 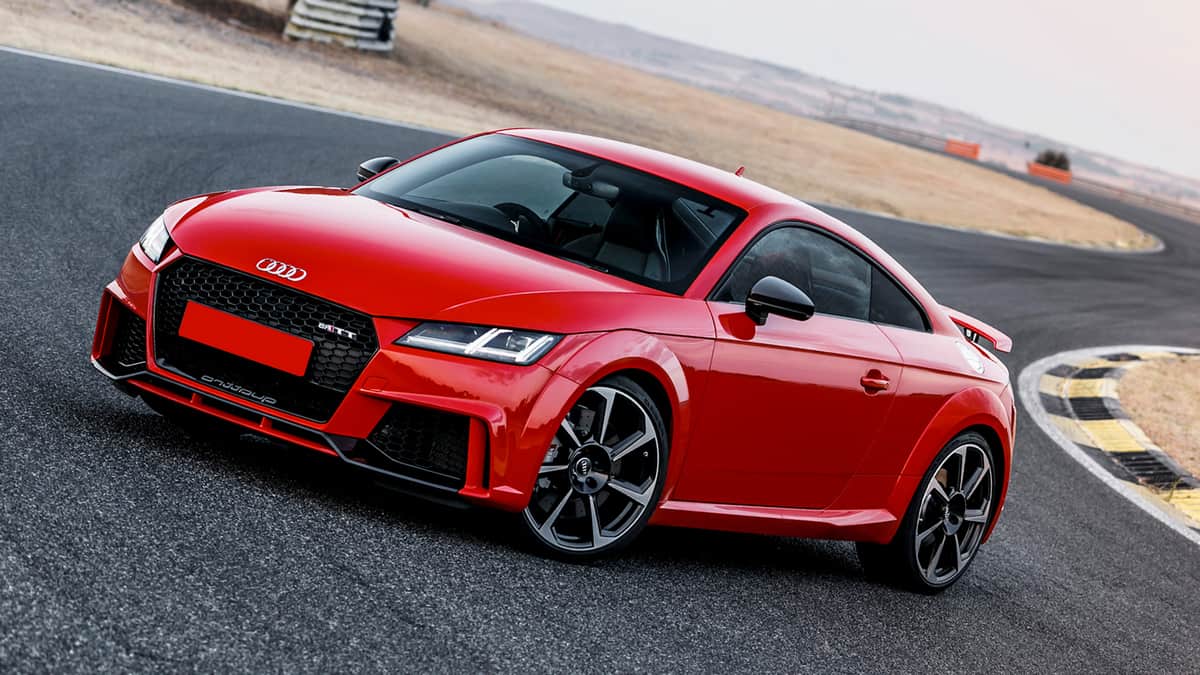 The Audi TT might look like a small, girl like car, to some, but it’s certainly a real full feature sports car that delivers exactly what you expect from one.

It’s a two door compact low car based on the usual front-drive Volkswagen underpinnings, but modified by the engineers at Audi to deliver proper performance. Reaching 60 mph in 5.2 seconds, with 0.98 g lateral grip and stopping from 70 mph in 151 feet, the car is able to beat several high end BMWs and Porsches, which is something to keep in mind.

For those who want more, there’s the more powerful TTS and the TT RS, but those would exceed the $50,000 mark we’re talking about here. This model has a base price of $45,485.