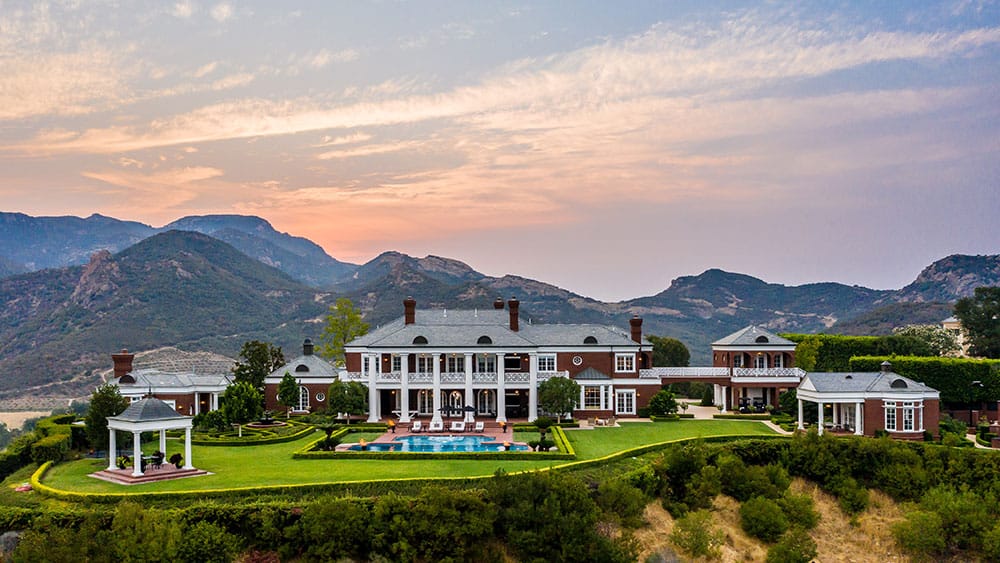 Nicknamed “The Great One” for good reason, Wayne Gretzky enjoyed his retirement in more ways than one. For instance, did you know that the NHL legend has bought and sold the fabulous home before you twice before? As odd as that sounds, we must inform you that he is finally letting go of his sprawling Colonial-style mansion in Southern California. Do you have $23 million in your bank account?

Proudly sitting in Thousand Oaks, close to Los Angeles, this lavish property was originally completed back in 2002. Perched on a 6.6-acre hilltop within the gated Sherwood Country Club, this elegant red brick home offers magical 360-degree views of Lake Sherwood and the Santa Monica Mountains.

We also have to mention the six bedrooms and eight bathrooms – part of the 13,300 square feet of living areas – as well as the two guest houses, one of which being currently used as a pro-grade home gym. 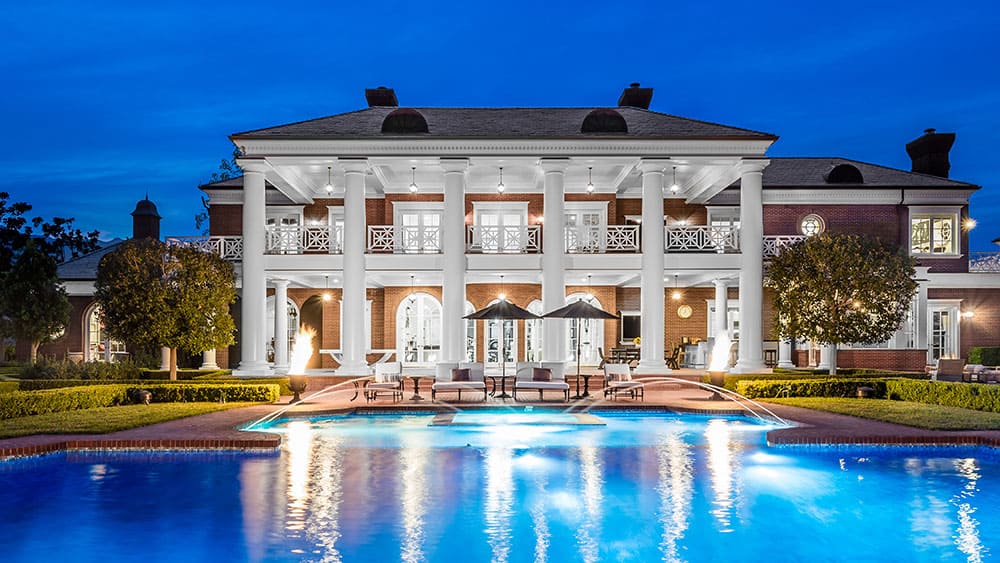 If working out is not your thing, I bet that the movie screening room, billiards room, pool, and sunken tennis court will keep you busy for a while. Sure, the four-car garage gets my engine going, especially when I’m thinking about what cars Gretzky might be parking there these days. Maybe you’d like to spend more time there as well.

Canadian architect Richard Landry was employed to redesign this property, recommended by the fact that he has worked with other stars before – the likes of Tom Brady, Mark Wahlberg, Rod Stewart, or Michael Bolton. 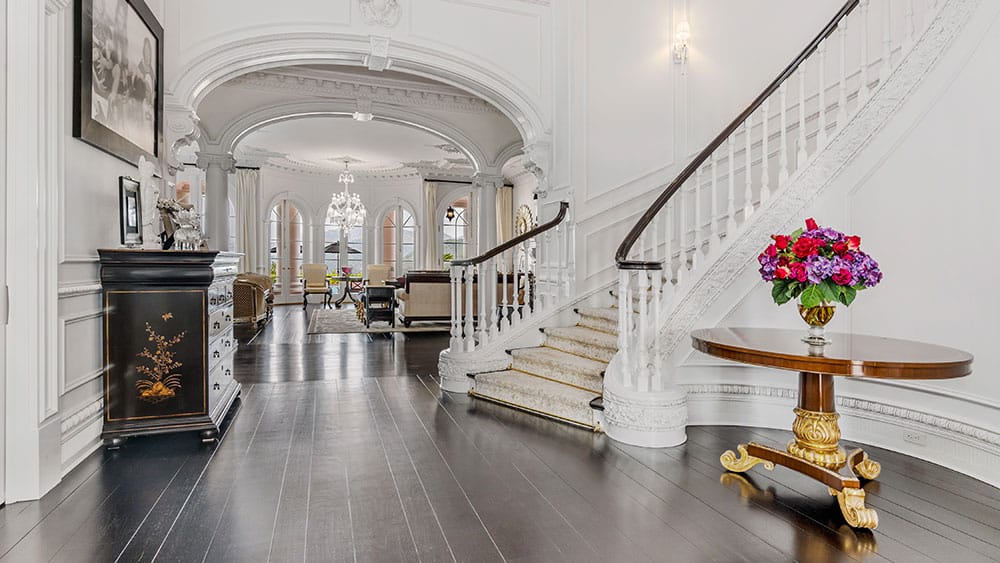 After spending millions of dollars on renovations and landscaping, since the interior wasn’t in the best condition, Gretzky had to do a lot of expensive work to bring it back to its original state.

The world’s greatest hockey player ended up selling the California property in a lucrative off-market deal for $18.5 million. Two years later, in 2010, the mansion was bought at auction for just.. $760,000 by the same Gretzky – now that’s an insanely good deal.

And now, the house still looks incredible, but I have to wonder – why is this guy selling again? 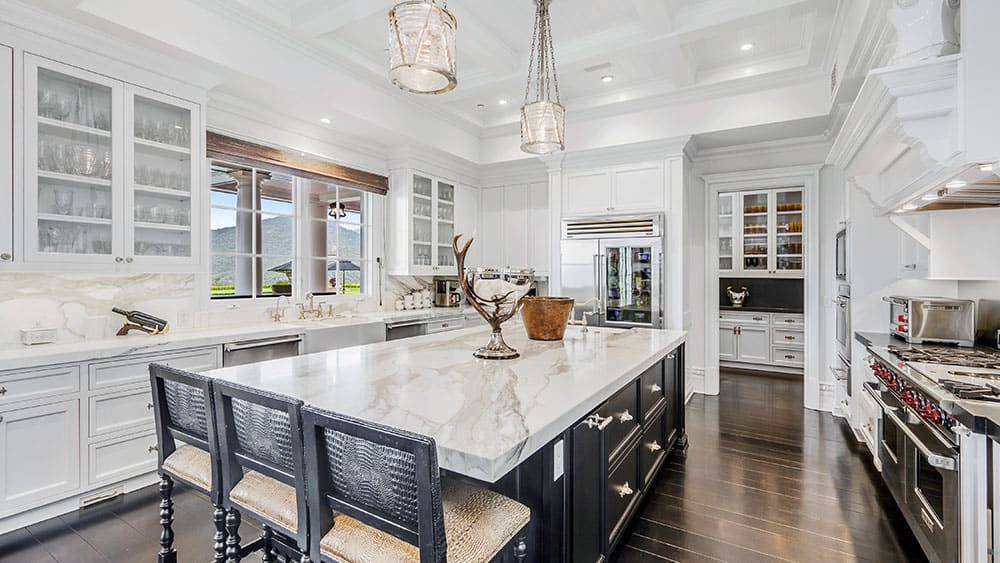 The Gretzky estate welcomes you with gravel driveway and a circular motor court featuring a central fountain, leading to an imposing front door flanked by white columns.

As you enter, the foyer features lovely archways and a grand curved staircase where… no one knows what happens. There are only a few images of the interior around; we do know that the high-ceiling kitchen features marble countertops and island, as well as professional-grade appliances. 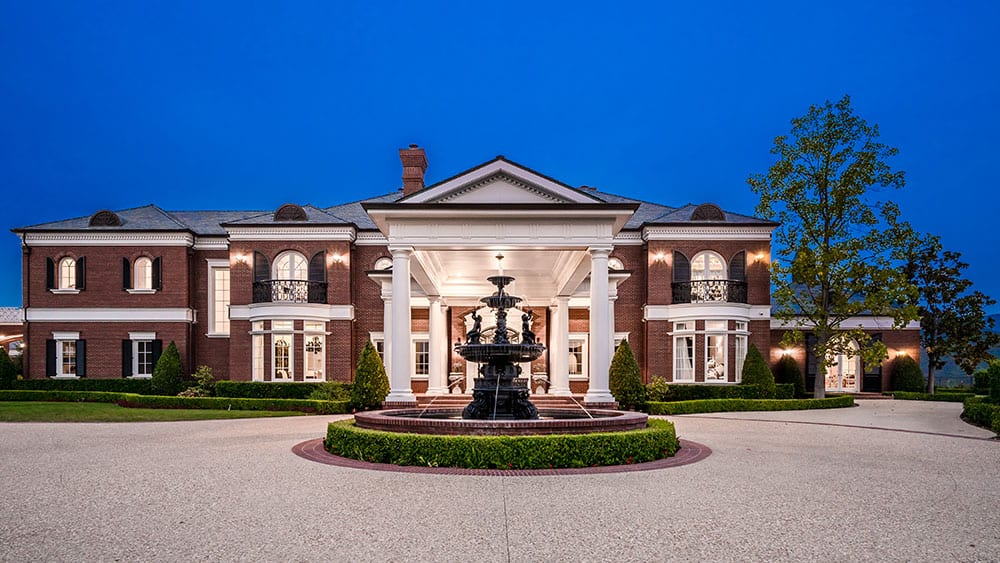 The Gretzkys value their privacy, even when selling their spectacular home. We still managed to find out that the 2,000-square-foot master suite includes dual bathrooms and closets, a cozy sitting room with fireplace, and access to a generous terrace completed with views over the pool and the mountains makes every penny worthwhile.

Exterior highlights include a massive swimming pool with a pool house, and an entertaining area with barbecue and wood-burning pizza oven. Just look at these photos and tell us in how many years you can raise $23 million. 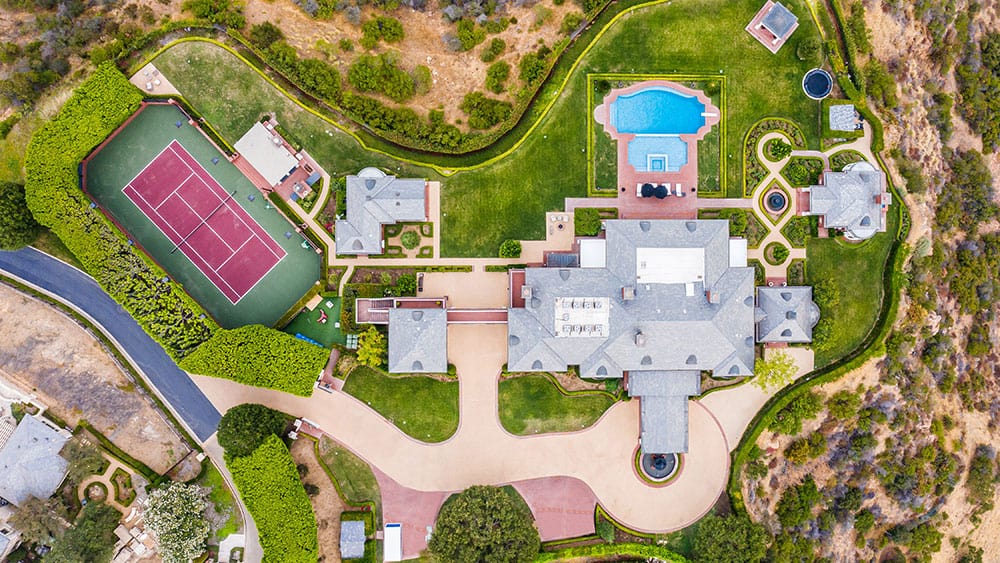 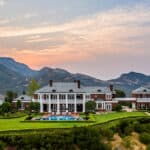 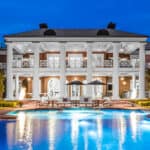 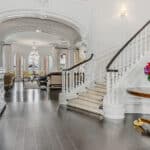 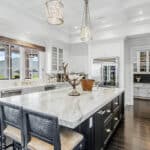 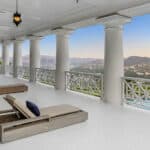 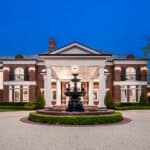 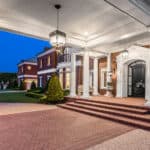 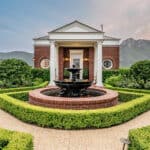