Most people (grown-ups, at least) use Halloween as an excuse to dress up into something silly and maybe wear some make-up on a night out. Other people take things really seriously – we’re talking spending thousands of dollars on a costume they won’t use for at least another year (or until the next Comic Con). Here’s a list of some of the most expensive outfits on offer this year:

The King of Rock ‘n’ Roll was famous for his crazy outfits, especially in the final years of his career. And none of them is more iconic than the 1973 Aloha from Hawaii costume – which is probably the one you’re picturing him in right now.

The white suit with gaudy decorations, a red scarf, and rhinestone-studded belt could be yours for $1,365. 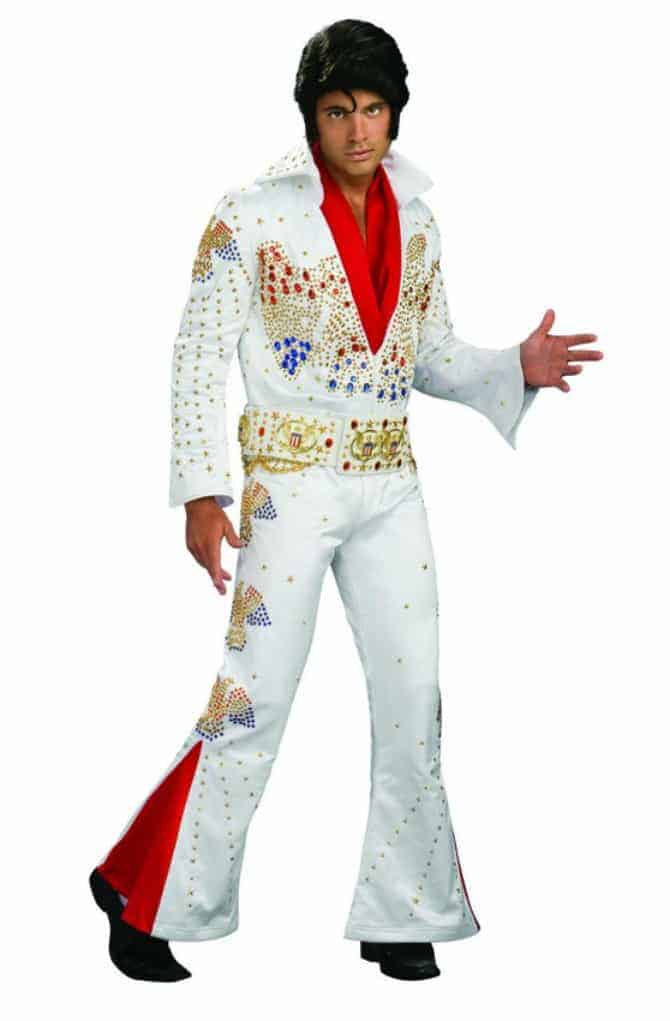 The second half of the year is what we call Game of Thrones hangover time. And yes, we can’t wait for spring to come so we can once again have our hearts broken by George R.R. Martin’s story. Till then, why not try wearing a GoT-themed costume to your Halloween party?

And while it would be difficult to choose from so many creeps and monsters that inhabit Westeros, might we suggest this White Walker getup? The mask, torso, and gloves are all made from silicone and will set you back a cool $2,365.

(The previous two are the only items are from Amazon and Composite Effects, respectively, making them the only items on the list that weren’t sold on eBay – which goes to show just what can happen when you let people bid for ridiculous stuff online) 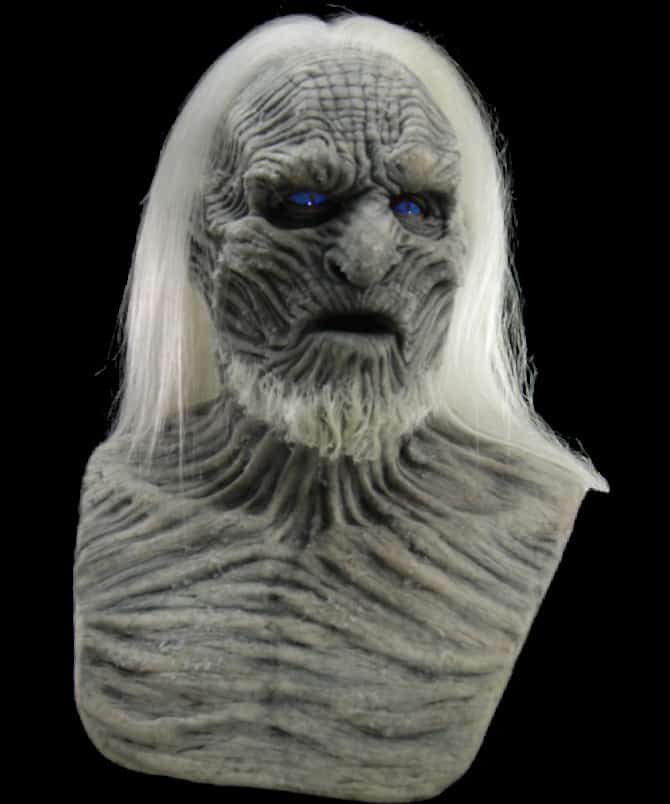 While it’s difficult to accurately estimate a figure given the limited information we have from the movies, the total cost of Bruce Wayne’s Batsuit is certainly in the hundreds of thousands, perhaps even breaking into the seven figures (considering his net worth, he can definitely afford it!). But on the night of Halloween, you can play the Dark Knight for a fraction of that sum. 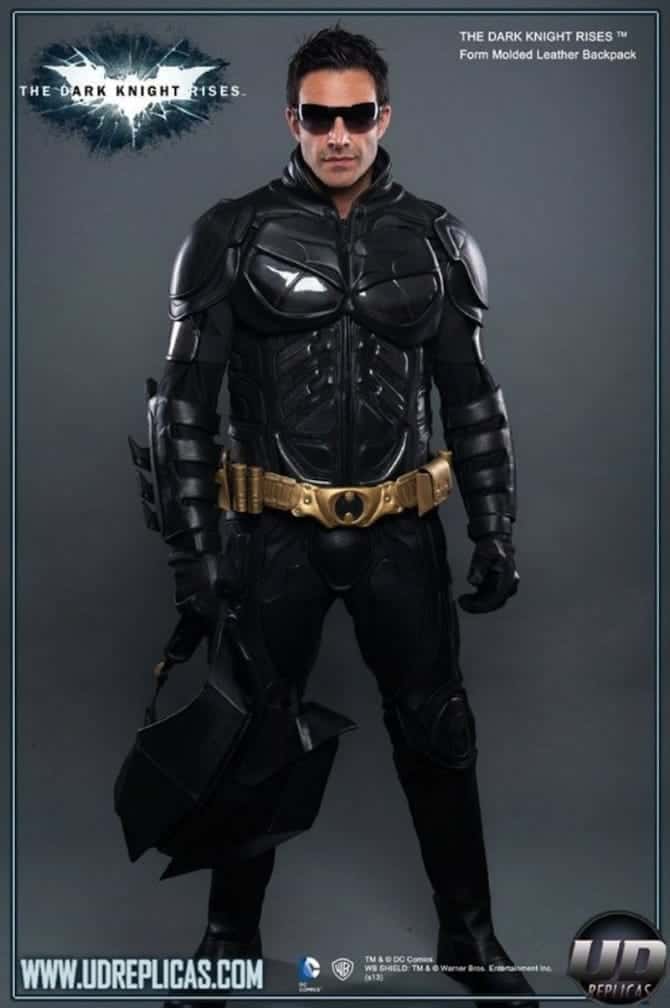 I have to be honest – I’ve never heard of Darth Malgus before and even after researching the character, I still don’t get why someone would pay $2,500 for his costume. Or why him and not some other, more prominent, Sith Lord? Maybe that’s precisely the point and his relatively low profile is what makes him so valuable. In any case, if weird is the theme of the night, the fact that the most expensive Star Wars-related outfit has nothing to do with Darth Vader, Luke Skywalker, Leia, Han Solo, or even Chewbacca is as weird as it gets. 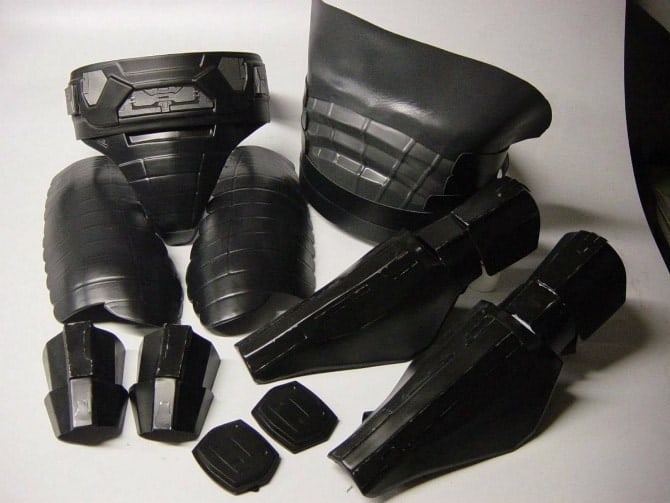 While Peter Parker has to use his mad tailoring skills to create his own costume, because presumably he couldn’t just order one online (or however people used to order stuff before the internet) and hope nobody notices when he’s swinging from sky-scrapers wearing it.

Thankfully you don’t have to. You do, however, have to shell out a considerable sum for a decent Spider-Man suit – this one cost $2,500 on eBay! 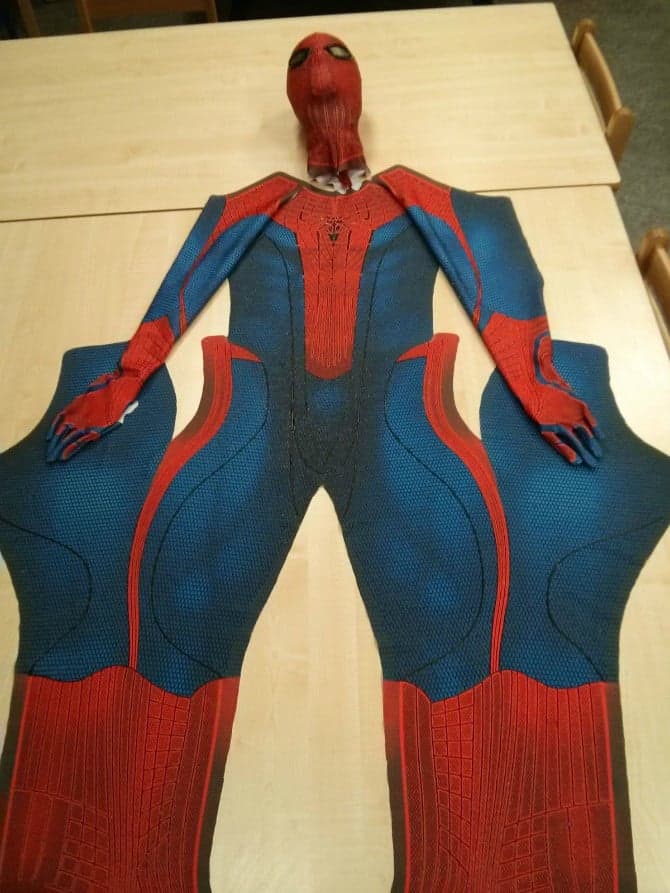 It seems superheroes are very popular this year, which shouldn’t be case on Halloween. Are people forgetting what the occasion is about? Does it have anything to do with the economy or all the trouble in the world? Are people buying this ostensibly for Halloween but actually intend to wear them some other time (perhaps in secret)? Whatever the reason for the public’s non-monstery preferences this year, the fact is that this Superman costume was sold for the price of $2,999. 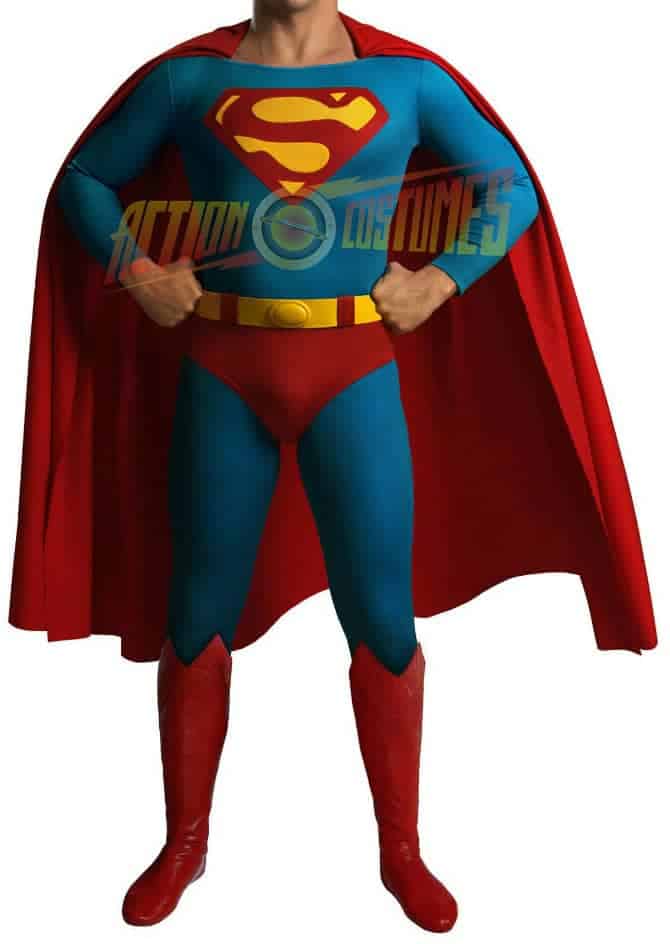 “This is all well and good”, I hear you ask, “but where are all those sexy costumes I keep hearing about?” Well, this is an article about the more expensive outfits people intend to wear for Halloween and for whatever reason women (or men) don’t seem to be too inclined to spend big on something that reveals more than it hides (because Halloween is all about the mystery, right?). Here’s an exception, though. This vintage Playboy bunny costume from the 1970s was sold for $3,000, which definitely makes it the most expensive item per square-inch. 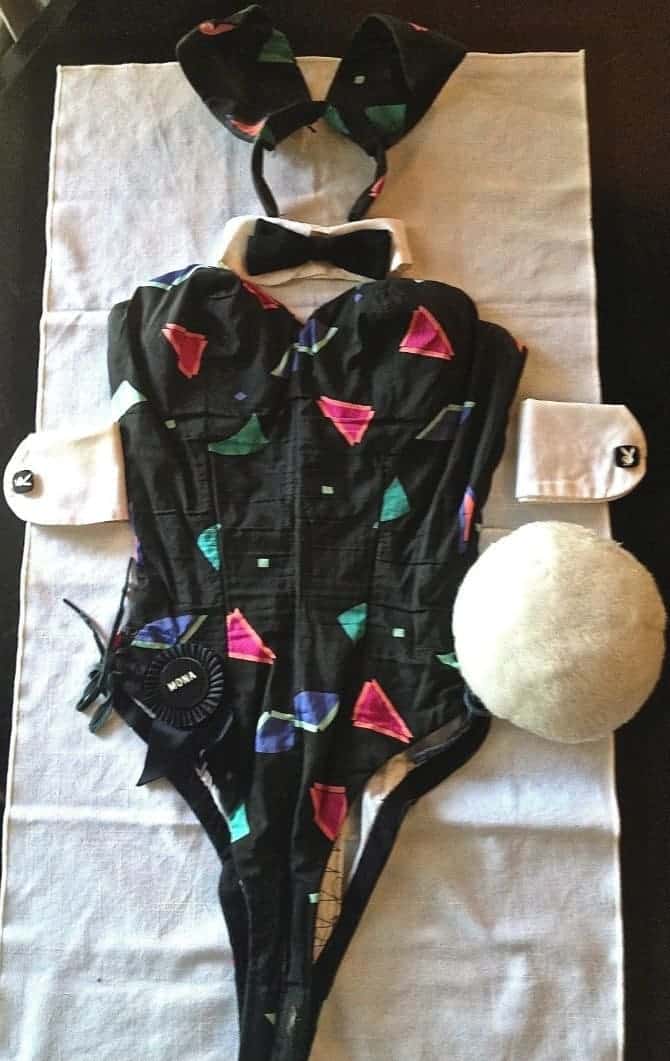 This summer a rather forgettable Hercules movie starring Dwayne “The Rock” Johnson came out – and this particular costume was worn by Joseph Fiennes, who played King Eurystheus. The outfit does indeed look pretty cool, though we’re not sure the sleeveless, knee-length tunic is exactly what you want to wear on the night between October and November.

Thanks largely to the fact that it was part of a pretty big Hollywood movie, somebody paid $3,050 for this costume. 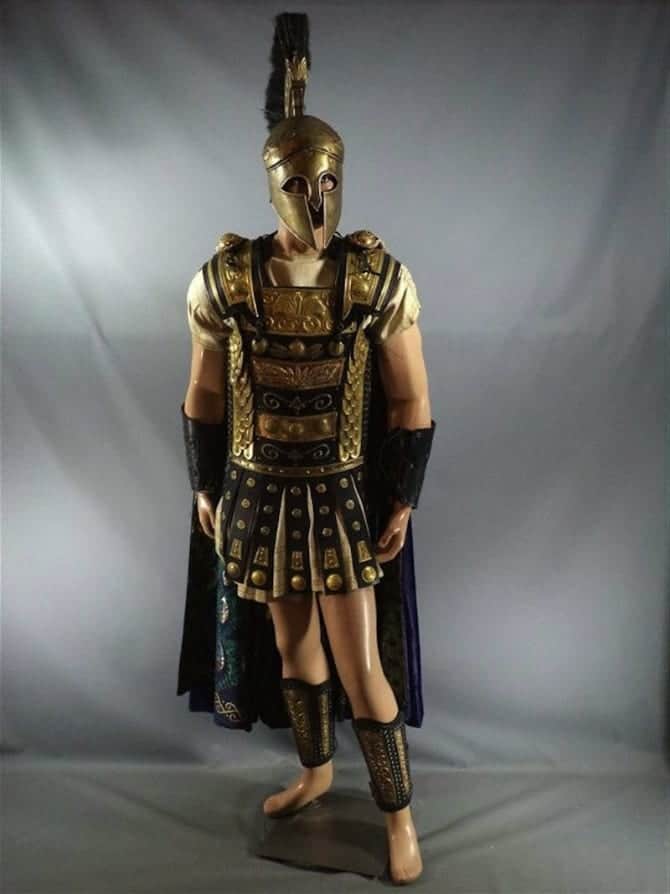 One of the more impressive items on our list is this cool RoboCop costume. If you think it looks pretty high-end, you’re right: made from ABS plastics and fiberglass, it is quite sturdy and tips the scales at just 22 lbs. Though it adjustable for wearers of various sizes, the perfect fit is for a 6’2” reasonably fit guy. 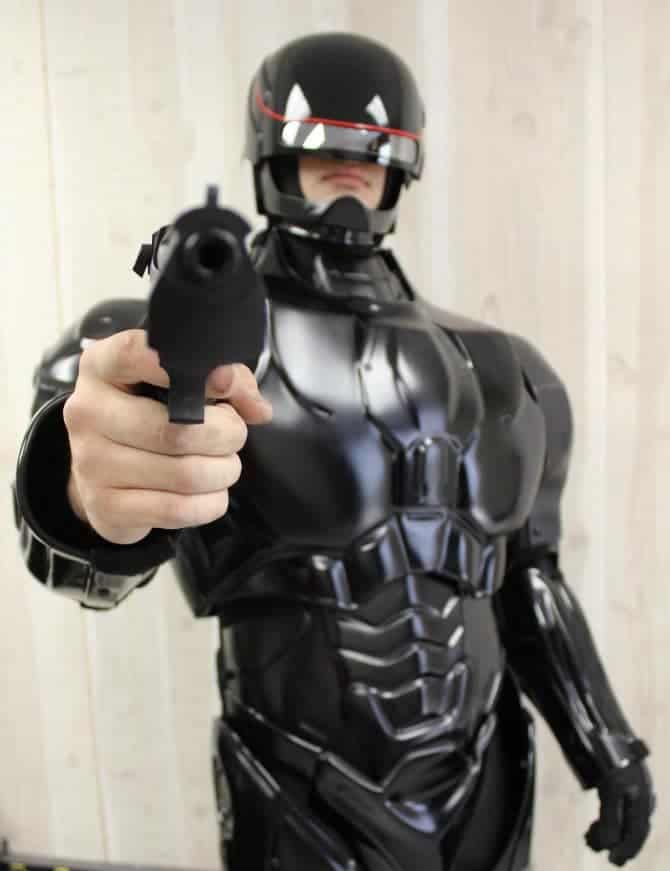 We’ve already seen the Batman costume, but there’s another eccentric billionaire with an even more expensive suit he uses to fight crime, terrorists, gods, and vengeful mad geniuses: Tony Stark, a.k.a. Iron Man.

Made from polyurethane plastic and fiberglass resin, this costume is certainly a head-turner, especially since it is comes with LED lights and sound effects. The only caveat is that it is difficult to put on and doesn’t allow for much mobility. But if you want to just want to sit around looking cool and have $4,999 just lying around, this Iron Man costume is simply perfect. 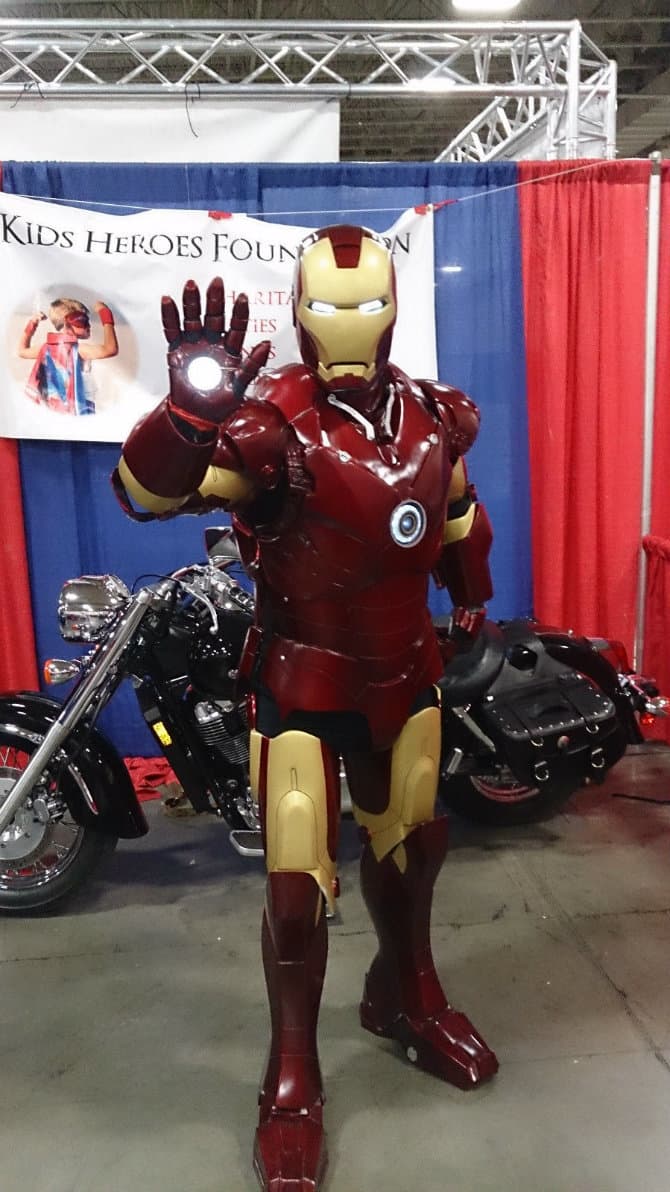