For most people, the wedding is a ceremony of great symbolic importance, signifying the moment a man and a woman who love each other tie their lives together. And for the super rich, it’s another opportunity to show their wealth and power.

Liza Minnelli’s fourth wedding was as extravagant as you would expect from the larger than life movie star. The ceremony in which she married music promoter David Gest took place on the 16th of March 2002, at the Regent Hotel in New York. The guest list included 850 names, many of which were first rate celebrities like Mia Farrow, Donald Trump and Liam Neeson, while Liz Taylor and Michael Jackson were matron of honor and best man.

With such a stellar attendance one can be certain no expenses were spared in order to make the event as glamorous as possible, with $700,000 being spent on flowers and $40,000 on the wedding cake, bringing the total cost up to about $4.3 million. 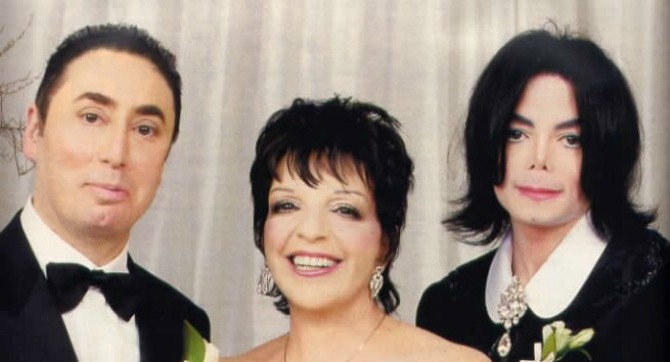 The Clintons are about as close as America has to royalty, with the extremely high profile of former two-term president Bill Clinton and former senator and Secretary of State Hillary, so when their only daughter Chelsea got married in 2010 it was one of the events of the year.

She married investment banker and childhood friend Marc Mezvinsky on July 31th, in Rhinebeck, New York. Costs included $600,000-worth of air-conditioned tents, an $11,000 cake and Vera Wang wedding dress and, of course, security for the high-profile families and guests (which included Oprah Winfrey).  All of this added up to about $5 million. 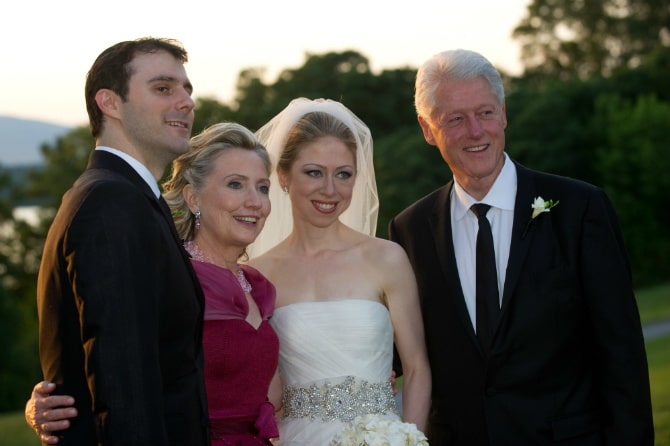 In 2008 Wayne Rooney was already one of Manchester United’s best and highest paid players. He decided to marry his long-time girlfriend Coleen on the 12th of June 2008, in the small Italian town of Portofino. Celebrations began with a masked ball on a $120 million yacht, while the religious ceremony took place at the Abbey of Cervara, near Genoa. Surprise guests at the reception included Rooney’s favorite band, Stereophonics.

Only 65 guests where chartered to the Italian Riviera, but even so the total cost would add up to $7.7 million. 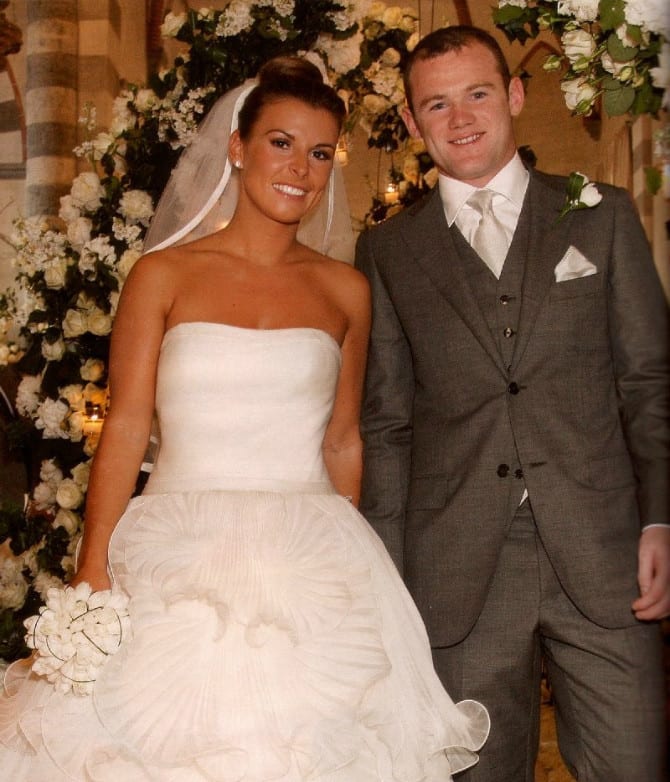 Vikram Chatwal, the son of a wealthy Indian-American businessman, married Indian model and actress Priya Sachdev in February 2006. The celebrations were a bit unconventional, as no fewer than 600 guests from 26 countries were flown in private jets to various cities in India, over the course of ten days. Some of these guests included Lakshmi Mittal, P Diddy and Bill Clinton.

The cost of these extravagant celebrations? About $20 million.

For a few days in late April 2011, all the world seemed to talk about was the Royal Wedding between Prince William, second in line to the British throne, and Kate Middleton. The ceremony took place at Westminster Abbey, in front of 1,900 guests, including many of the world’s crowned heads, billionaires, movie stars, prominent sports figures and other celebrities, as well as over 100 million people on TV and on the internet, on the 29th of April. 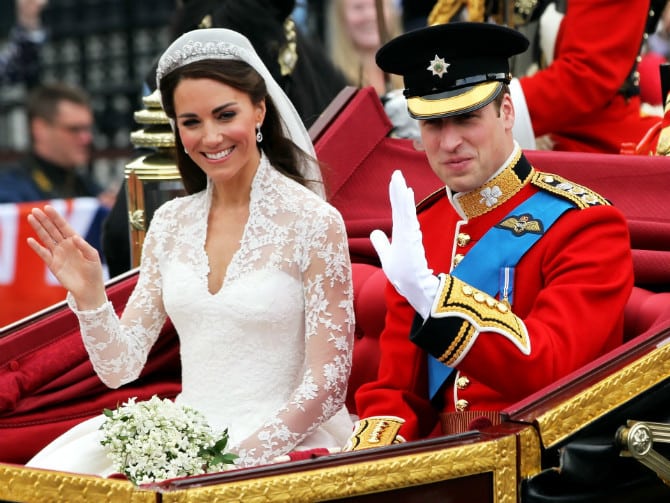 Businessman and philanthropist Amit Bhatia married Vanisha Mittal, daughter of Indian steel tycoon Lakshmi Mittal, in 2004 in an extravagant ceremony held in France. Even before the whole thing started you can get a sense of things to come, as guests received their invitation in silver boxes, together with plane tickets and rooms at five-star Paris hotel.

The ceremony itself lasted almost a week and took place in multiple locations, including the Palace of Versailles. Guests could enjoy a fireworks show over the Eiffel Towel and a show from Kylie Minogue, while the wine bill alone is reported to have been around $1.5 million. The entire celebration is estimated to have cost around $65 million. 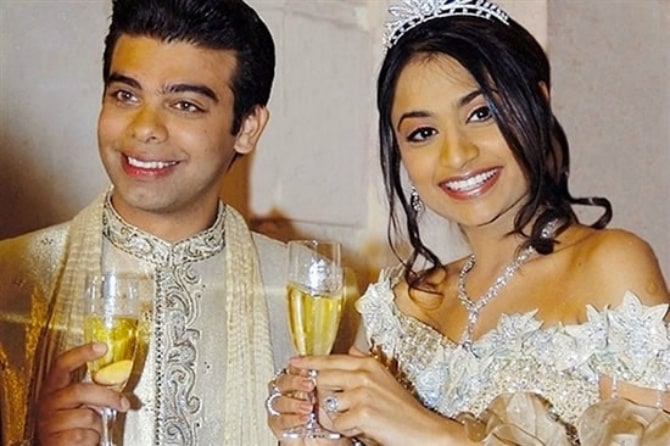 The 29th of July 1981 saw the most lavish royal wedding in living memory. Charles, Prince of Wales (and therefore heir to the British throne) married Lady Diana Spencer at St. Paul’s Cathedral, in front of 3,500 elite guests. A staggering 750 million people watched the whole thing on TV, a figure usually reserved for global sporting events.

The high profile of the newlyweds, not to mention the attendees, meant security had to be taken seriously – about $600,000 worth of seriousness. All in all, it was a ceremony fit for a (future) king, which of course came with an impressive bill – in today’s money, about $115 million. 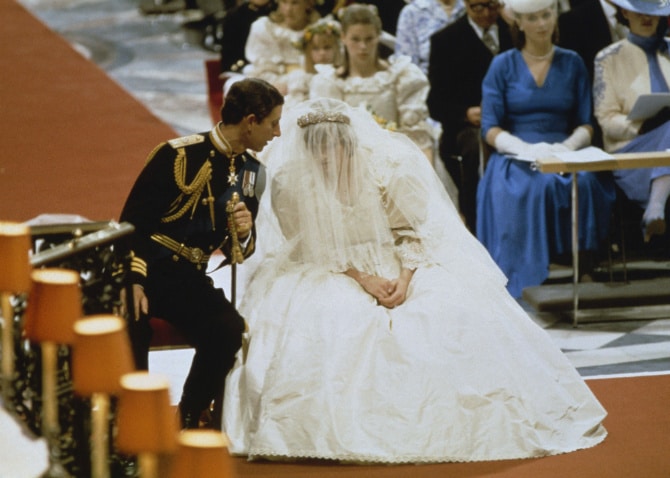 The two sons of Indian magnate Subrata Roy, Seemanto and Sushanto, both got married during a ceremony held which began on February 10th 2004 and took place in the city Lucknow, in northern India.

It was an affair worthy of an Indian epic, with over 10,000 guests, a veritable Who’s Who of Indian politics, business and show business, in attendance. The festivities only ended on February 14th, after the younger of the grooms tied the proverbial knot. The extravagant ceremony set Subrata Roy back $123 million. 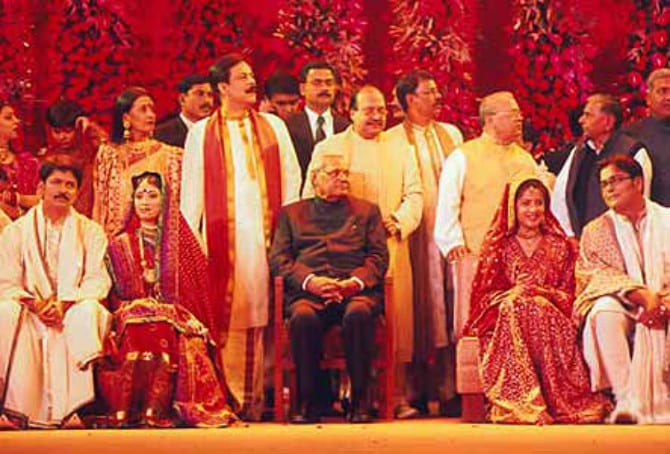 When Sheikh Mohammed bin Rashid Al Maktoum married Sheikha Hind Bint bin Maktoum in 1979, a 20,000-seater stadium was built from scratch to accommodate all the guests. The show included horse and camel riding, and even an aerobatics display by the Dubai Air Force. The Sheikh actually rode his horse to every nearby village and fed everyone. While all this might seem a bit over the top, one must keep in mind that both the bride and the groom were members of the Dubai Royal Family – and if we know anything about those Arab sheikhs, it’s that they’re not exactly afraid to overdo it, pushing the limits when it comes to grandeur and luxury. 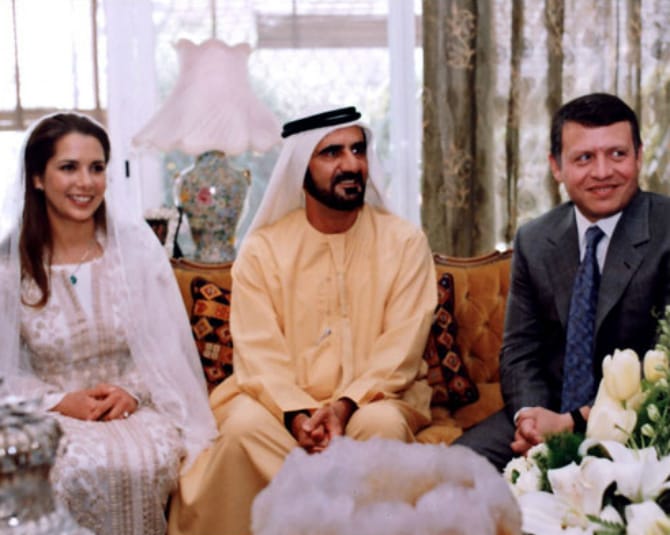